The clan's are marching 'gainst the law, bagpipers play the tunes of war, Death or glory I will find, Rebellion on my mind.

It all began with a rebellion in the Western Marches, and there ain't no rebellion without rebels.

The fact that since decades the worst scoundrels from all over the Principality of Koth have been exiled or did hide in the Western Marches, clearly doesn't seem to have improved the educational and social level of those making up the bulk of the Rebel army.

The rebel forces are therefore a colorful bunch where noble motivations mix with criminal psychos and wild childs of these savage no man's land.

In this first batch about enemies (first of two), we do present you the Rebel forces you will be fighting in Empires in Ruins. 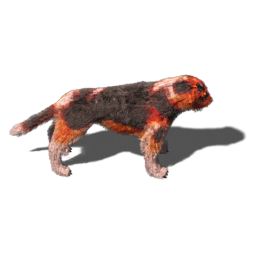 This hound maybe once had a owner. Maybe once you would have not see it foaming while staring at you with bloody eyes. Anyway, listen to mama, and don't feed the drooling stray dogs. They might bite. 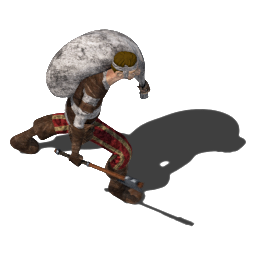 Ignorance breeds hunger, hunger breeds violence. That's where the bandit comes from. Led by an insatiable lust for food, brandy and gold, he's a fast lightweight unit with no special traits worth of note. Ah yes, he likes to steal your gold. He ain't evil, we just designed him like that. 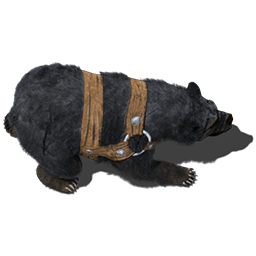 Hairy, huge and fat. Nope, it's ain't your mother in law, but one of the black bears that live in the Western Forests of Koth. Despite their aggresiveness, some humans manage to befriend them. And because the world sucks, they turn them into weapons against you. 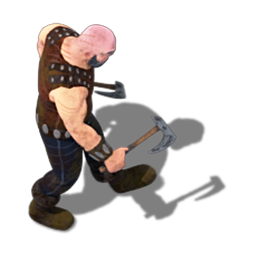 There is an abundance of jokes about the level of intimacy shared by these guys and their bear companions. What is sure is that they are bear-sized, bear-mooded, and definitely share their bears funky smell. While their animal friends smashe you with their huge paws, they shout orders from afar and throw you hatchets. Funny times, rite? 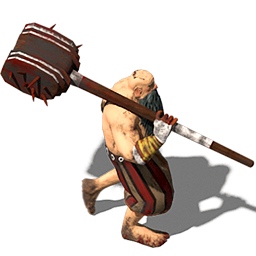 Either an overgrown child or the outcome of some forbidden breeding out of the darkest forest, these dudes are huge. Like really huge. Even though some of them are renown for poetry and chamber music, the majority of them specialized in huge mauls. They take down equally easily enemies and buildings with those things. You might still get lucky and be assaulted by one of the poetic ones...not. 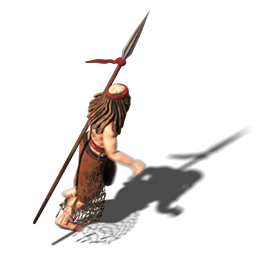 You can smell him from a mile away, but you might still not be fast enough to react in time. This guy's a wild child, a bit beastly if you ask me. Running semi-naked with just a spear, he has the cunning of a predator, the smell of a sewage and the speed of a wolf. 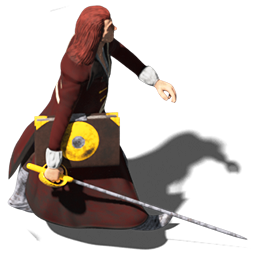 Governments should not be afraid of their people, people should be afraid of their governments! Oh wait, was it like that? Crap! I screw it up every time! But anyway, the warring crowd needs leaders, ruffians and inciters. Will his words be convincing enouth to make also your best soldiers falter in theri resolve? 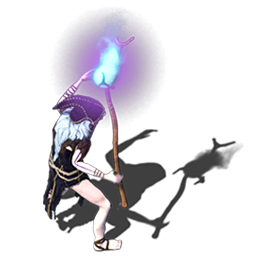 There are ancient things in these musky woods, ancient things that unsurprisingly enough seem to don't like you. These old but extremely fit hags went fishing at the lake at the end of the world, and if their glaring eyes are a clue, you might not like what did bite at their hook. Nevertheless, they hate you and fight you.

So, how does it look as a guest list for a party? And here's a little battle gameplay that shows them all in action too. Soon the next half, where we present the real enemy force: the Krovan Army.

Ps, and if you got the citation in the summary text, you will love our soundtrack