Post news RSS Empires in Ruins - Oomph is the word

I imagine it could be seen as a sort of 4X-lite with a strong emphasis on the story and dialogs, and with a major focus on social management other than economic management, where battles are fought in an "inglorious" hybrid of TD and RTS. 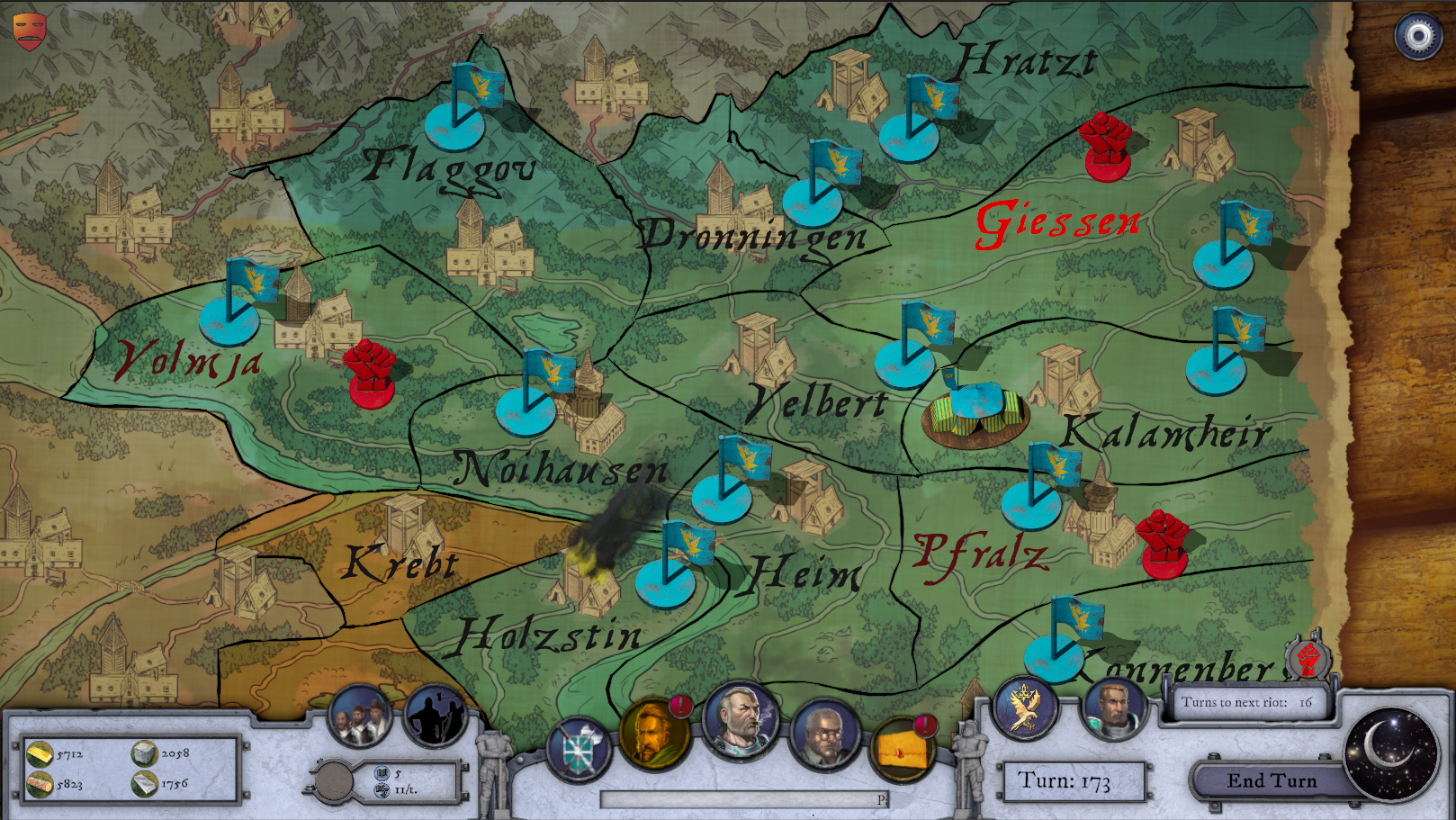 The reason for the above defintion is simple and it's intrisic in the nature of the game story. A drunkard, grumpy and unreliable sergeant is sent with a ragtag army to retake control of the Western Marches, quelling the rebellion and kicking back an invader.

The provinces, that are fallen under the riots and the enemies attacks, are to be defended by using the little resources avaiable, and once retaken under control, they need to be stabilized socially. In order to do that, an economic work is also due, of course. People need to be fed, guards and command posts need to rise from the ruins and help Sarge in re-establishing the law again. 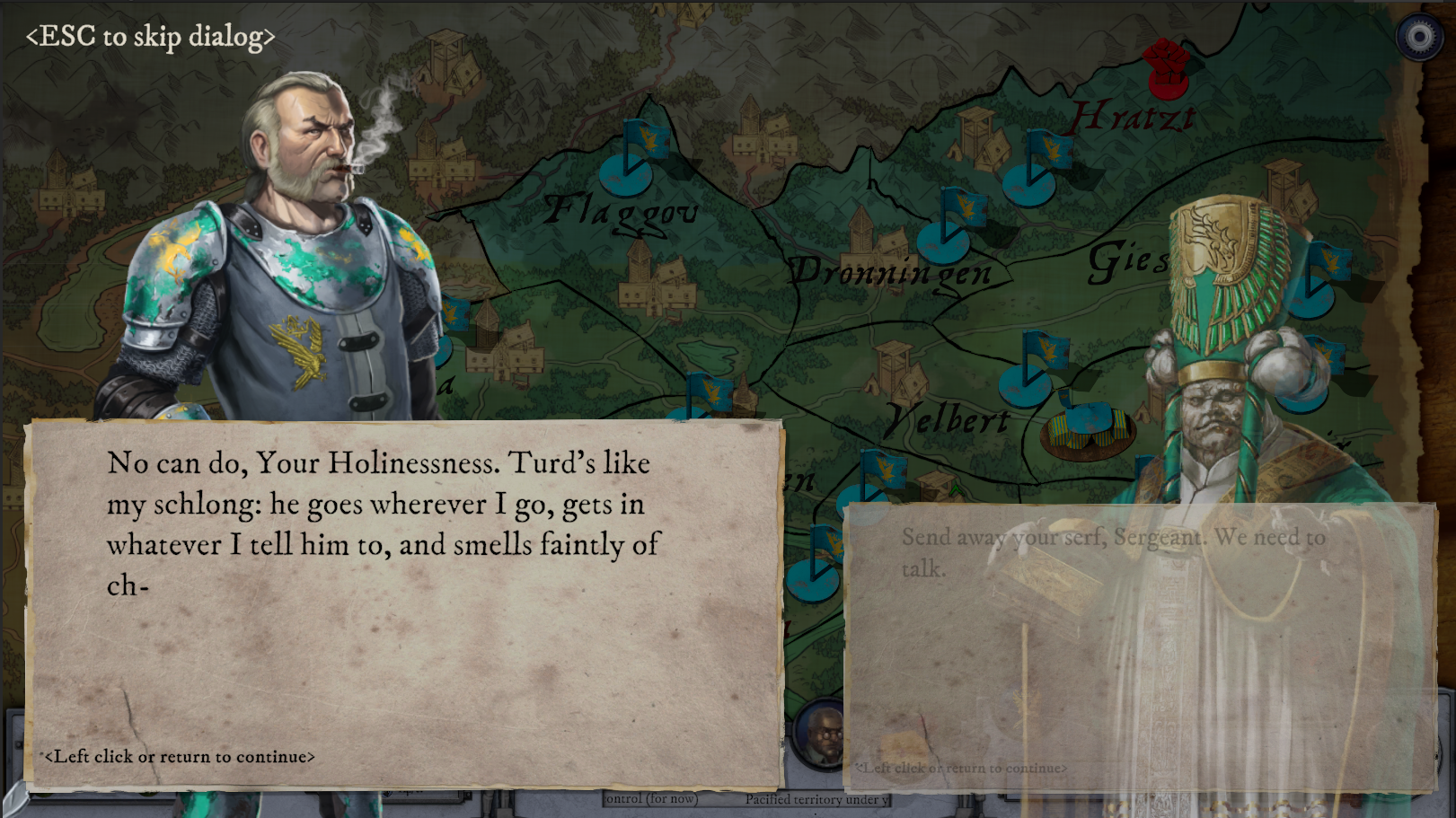 At the beginning of summer, we had a testable version of our main campaign, and playtesting it, both ourselves and our external testers, we realized that while it worked well, it lacked two main things. First of all, one autoresolve system (see article), and second, it needed oomph.

It needed oomph in terms of both a bit of pressure on the Player (beside the plot progress) and a reward for progress. Discussing about this with Wikus in particular, one of our testers, gave me the idea of recurring riots. Every X turns (a random number in a given range, based on the current game difficulty and somewhere around 10) a riot is now gonna strike one of the player provinces, picked at random. 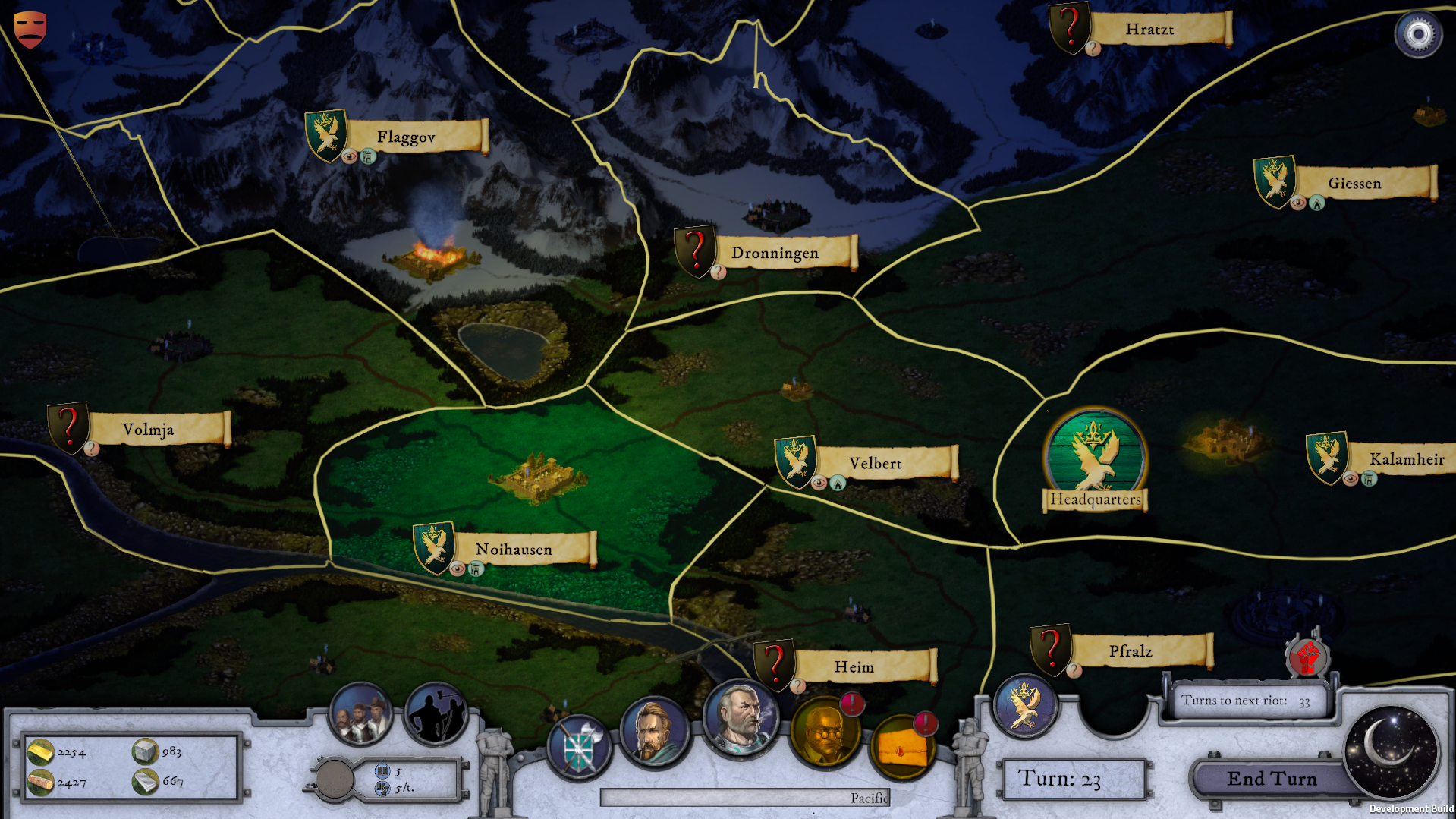 The better the relations with the Population, the more these riots will be take to happen. For each of the chapter objectives achieved (only in campaign mode), the timer will also be slower by one turn.

Each time the player conquers a new province, the next riot will be delayed by 5 to 10 turns as well.
Even though riots can be autoresolved, it's important to know that defeat in a riot means losing a province to the rebellion, therefore it should be important to pay attention to the choices made. 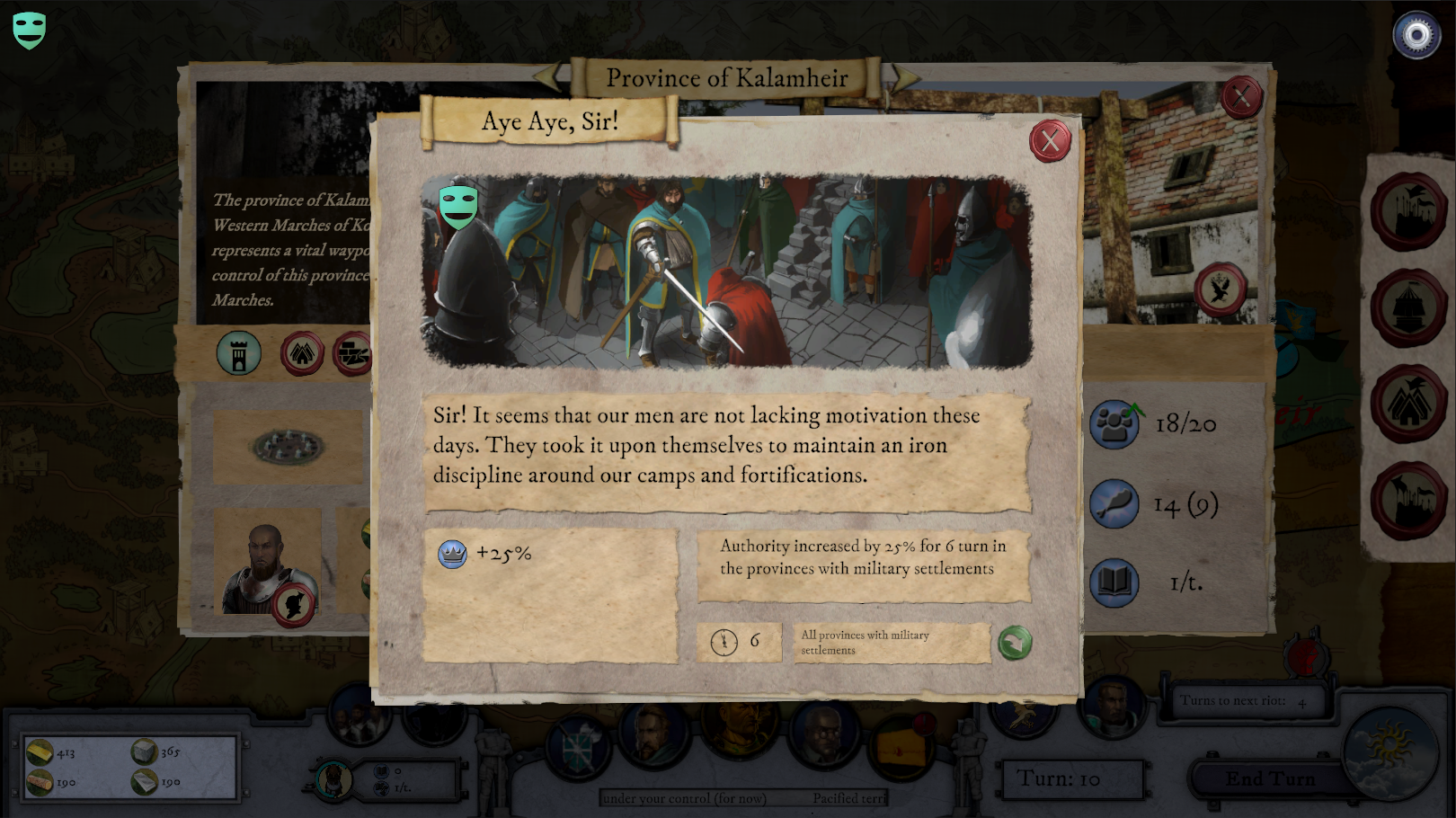 This mechanics, upon the first testing, now generates a pleasant feeling of pressure. The players now will not feel like idling forever on a single occupied province, but they will want to occupy more provinces and to achieve objectives, so to make sure the riots are occurring less often as well.

Now the ball is to the testers, to see how well this new mechanics works, specially mixed with the autoresolve system. There might be some tuning to do, but it might also mostly be on the turns values, and in that case it would be quite easy to handle. We will see, and see you soon!

That sounds pretty cool, I love random events in 4X, adds alot to the atmosphere of the game ! Keep it up :)

Hehe good morning! We're slowly getting there it seems, if at any time you feel like trying the latest beta to see how much it changed, send me a message, you'll be surprised I think :D