How does level design happens in Empires in Ruins? How and what does Dr.H think of when he works on a new map, and how does Jephyr makes that design come to life?

Chapter 1 and 2 or Empires in Ruins are now ready and being tested. 11 maps, still fairly "easy" at least in terms of enemies faced (the player also has in these two chapters a quite limited amount of unlocked technologies), but that we already wanted to deliver some pressure to the player, specially when played in Hard mode. 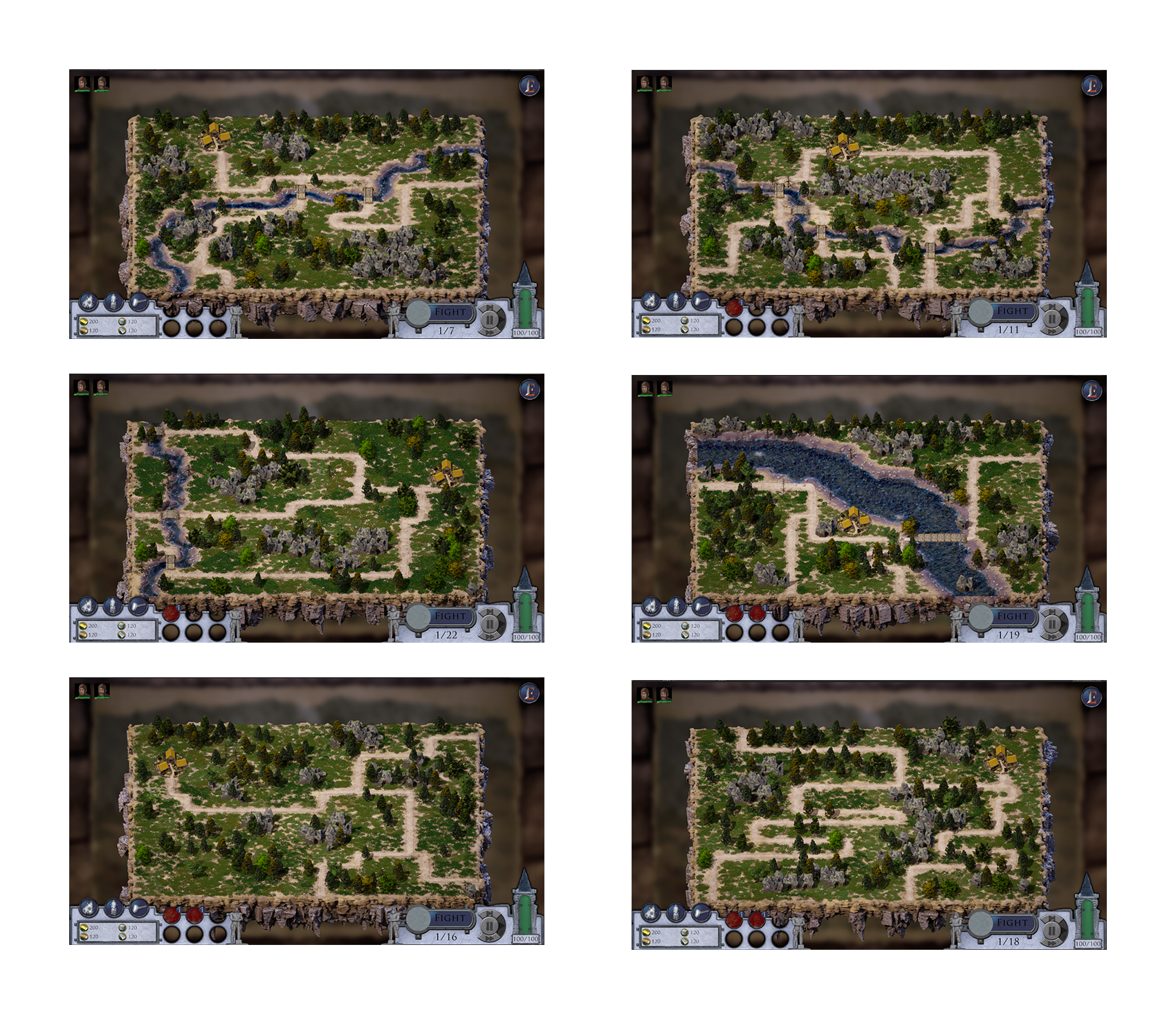 In Chapter 1, after warming up the player with some very light battle as soon as he reaches the Western Marches, we do deliver an increasingly hard hitting relying on Rebel forces only. Hounds, Bandits, Bears, Bear Handlers, Brutes, Marauders, Provokers and Wood Witches are the main enemies, with the Sapper joining their ranks as well for the party.
You can explore in detail the Rebel forces here.

In Chapter 1, difficulty is mostly conveyed through short, hard to fortify paths, and combinations of multiple waves of attackers from various sides of the castle, instead than through massive units and massive amounts of enemies. Most of the battles are fought between 10 and 17 waves. 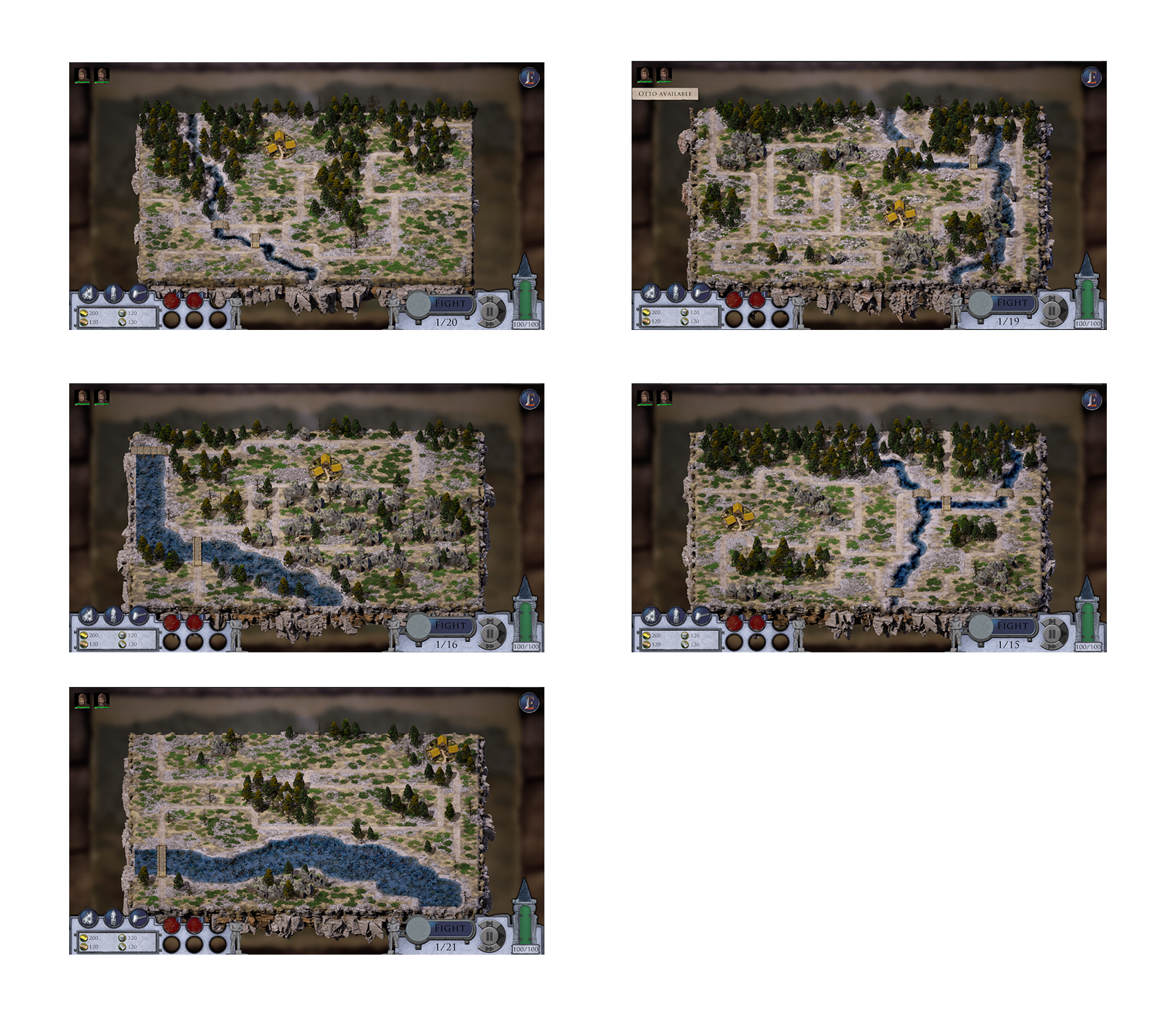 In Chapter 2, instead, we show the player that while few enemies can be dangerous, a lot of enemies can be even more so. Battles become longer, and the amount of enemies and their strenght rises as well. A lot of Brutes show up in this chapter, causing mayhem among the Player defenses with their huge mauls, and, the first, very very peculiar Krovan unit, shows up in a couple of the maps (we can't tell you which unit of course!)

Now battles are all between 20 and 25 waves, and to spice things up, some resources might not always be easy to find in the arid battlefields of the Western Marches.

How these maps are born is easily explained. First of all I (Dr.H) decide what type of battle I want on a given map. If i do prefer the player to fight a heavy frontal assault, if I wanna play more on sneaky hidden paths, etc.
Then i do check where the map is geographically positioned on the main map, in order to decide the terrain look, the presence of rivers, and the amount of resources (wood, stone or ore).

Out of these decision, a 64x64 file looking like this comes out of my graphics software. 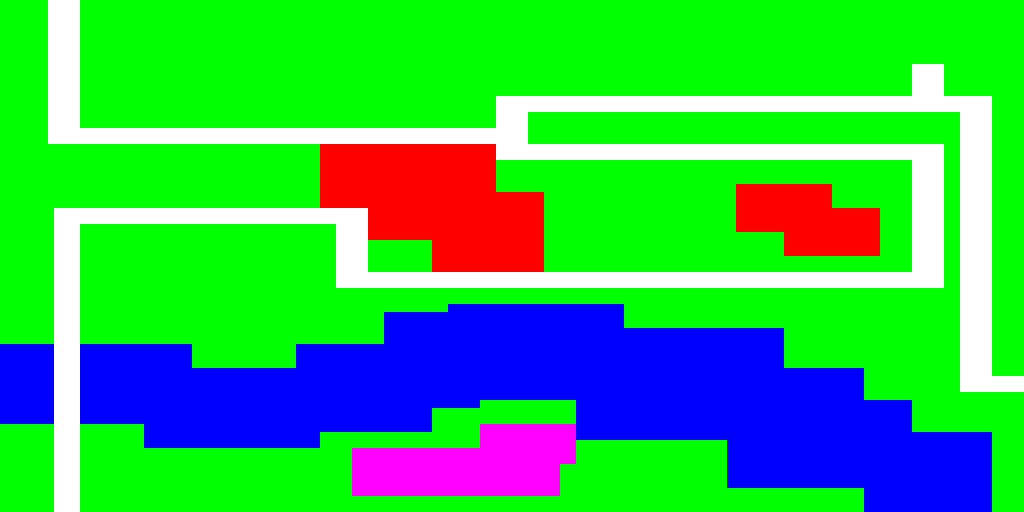 Green's the buildable area, white the paths, red the forests and violet the rocky areas. And of course, blue's the water.

At this point, Jephyr grabs that file and feed it to a Houdini node system that took him months to build. He hits the button and waits. What comes out of it it's a 3d model of the map, build and texturised according to the houdini nodes tree, and my source file.

3 hours of rendering, and an 8k version of the map is ready for use. I just have to position bridges, trees and rocks manually (takes approx 15-20 minutes per map max), build the paths and then populate the waves of enemies (in xml) and the battlefield is ready.

And here you see, the full in-game version of the above design file! 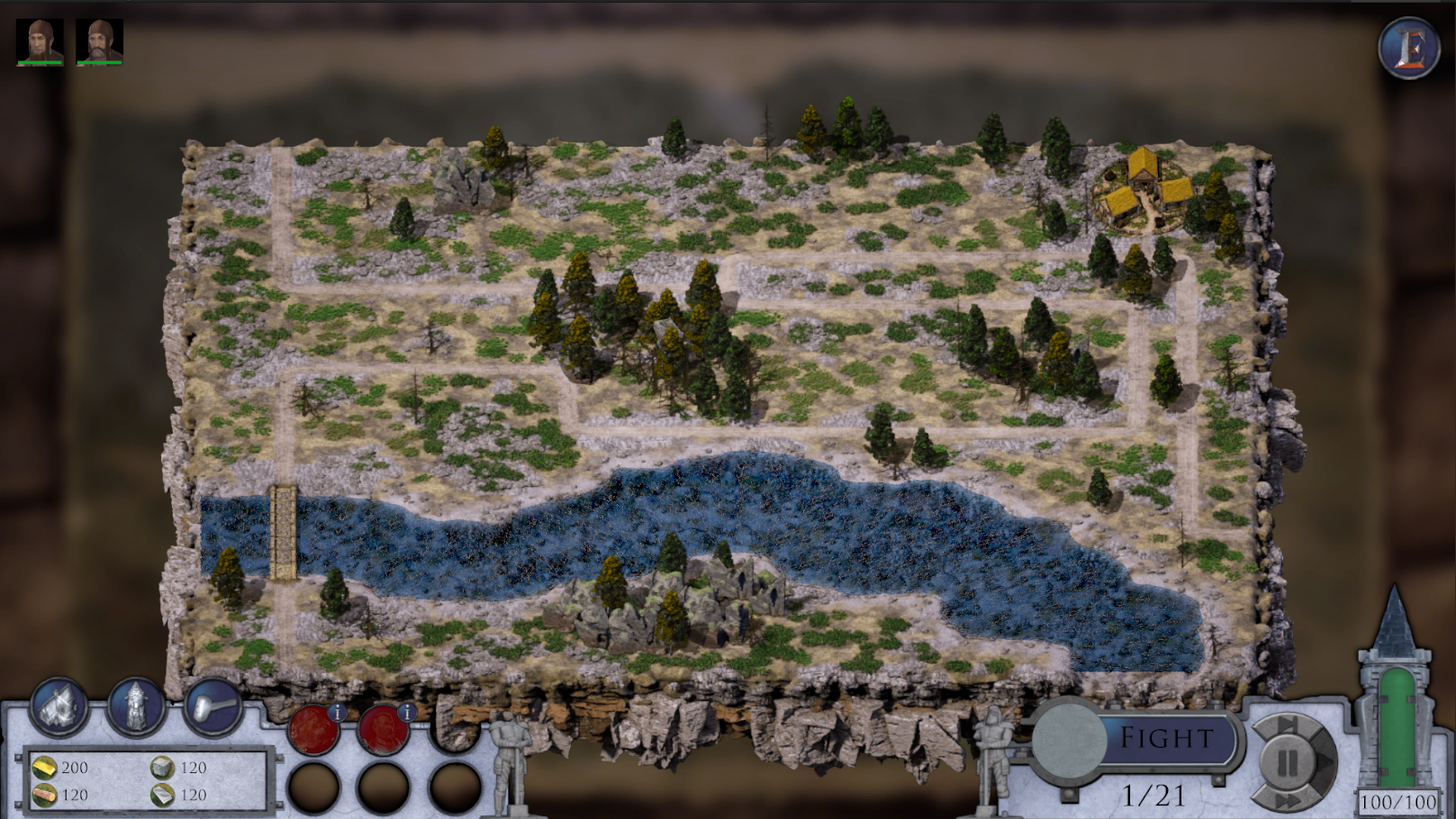 Up until now, production time for a single map, including quite some testing, is approx 8 hours all together. Pretty good if you do ask me!
And here, before we say bye, a bunch of pics from the very first (and a little too hardcore for intermediate difficulty ;) ) playtesting run on the map above! 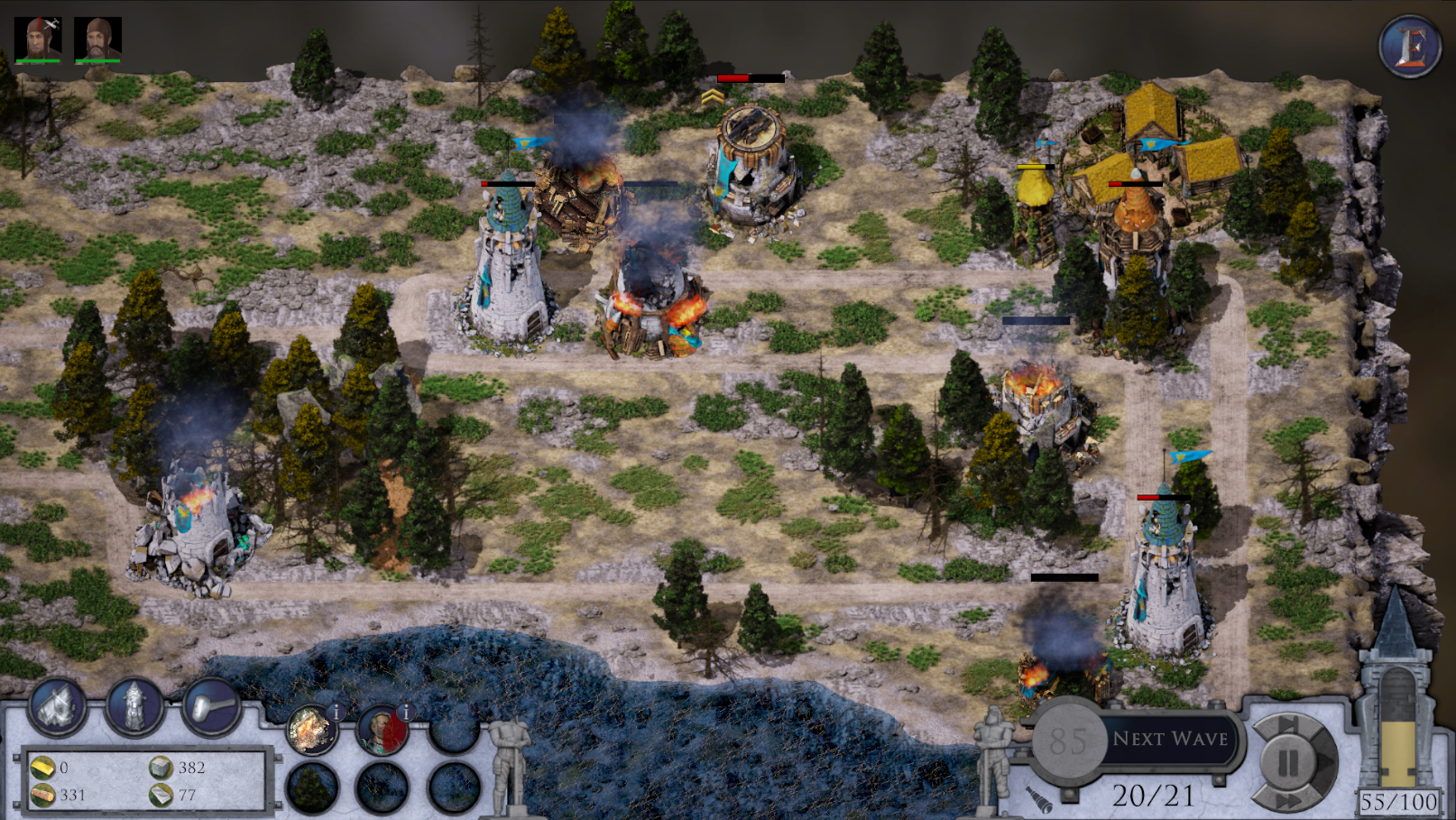 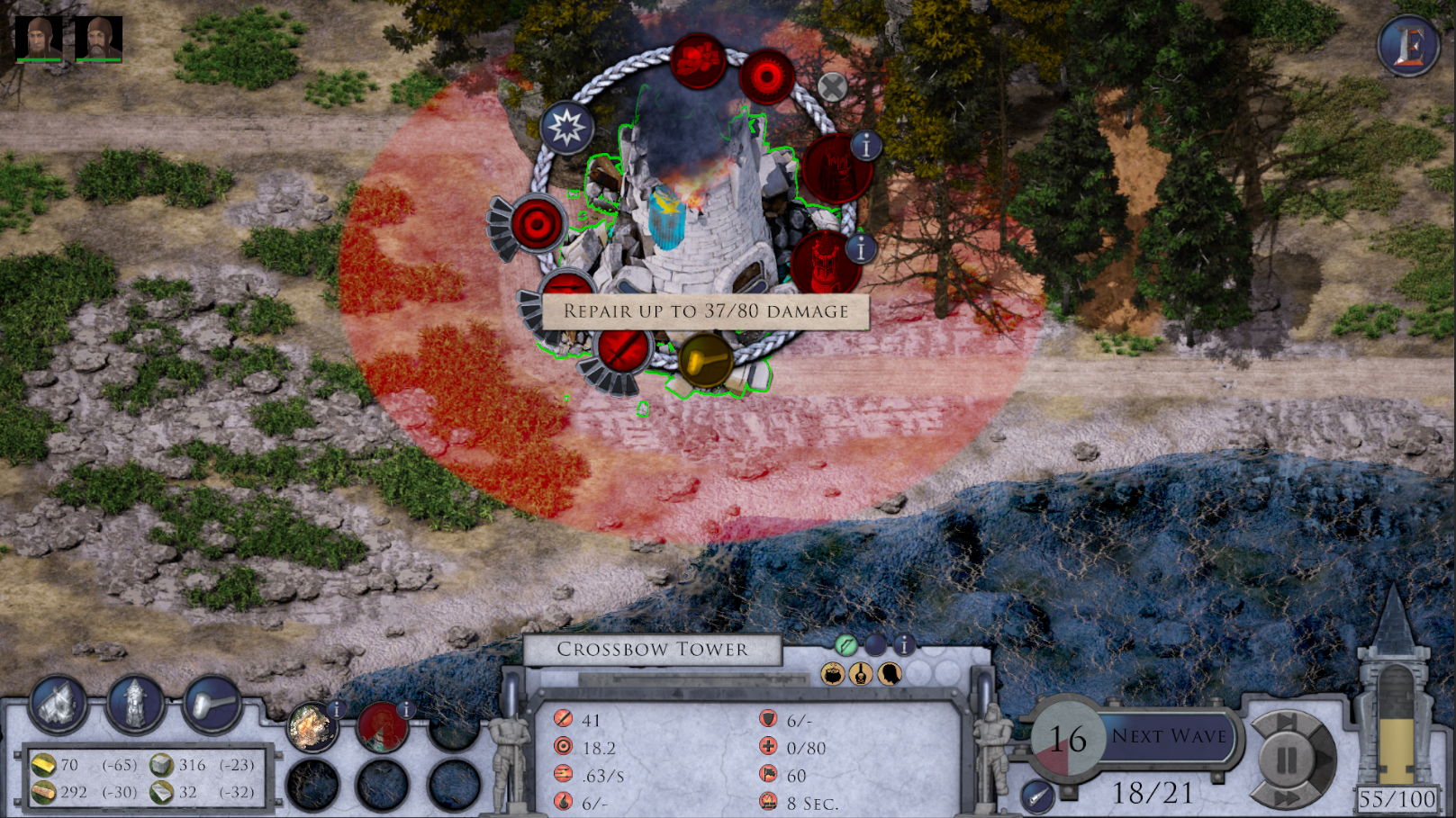 So, there you go, if any comment, question or doubt, please don't hesitate to ask!
See you next time,
Dr.H