Whereas the base towers we did present the last time are the foundation of your defenses, they will hardly be enough to bring you victory once the situation heats up.

Whereas the base towers we did present the last time are the foundation of your defenses, they will hardly be enough to bring you victory once the situation heats up.
When that time comes, it's time to upgrade to upper tiers. Better statistics, higher resistance to damage and fire (Enemy sappers, I am looking at you!), and a plethora of special abilities to unlock and to unleash on the invaders. 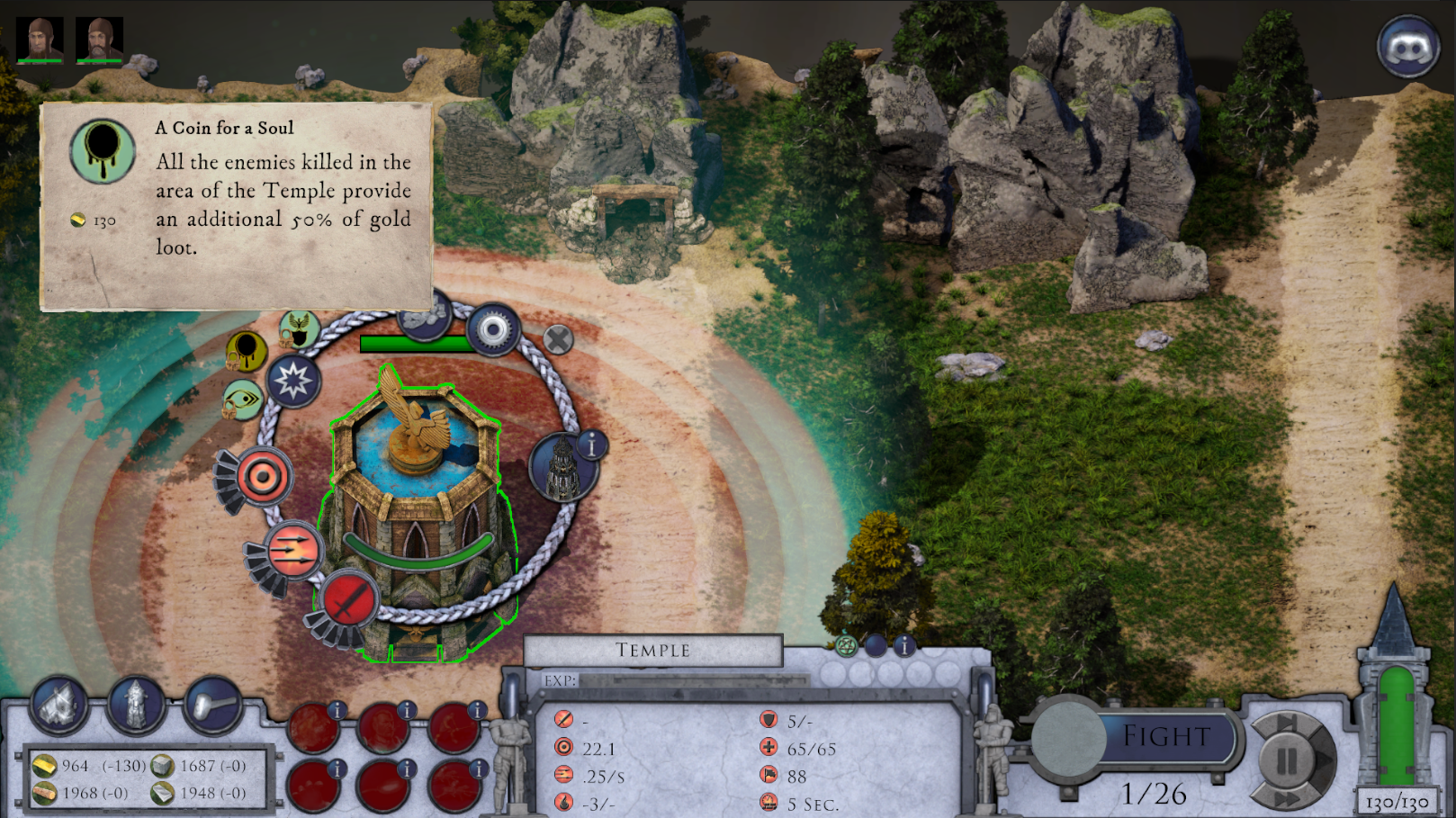 Let us now explore Tier 2 towers, the 2nd (but not the highest) step up of your defenses.
Tier 2 towers have up to 3 Special Abilities you can buy and unlock, and each of their main stats (Damage, Range, Firerate) can be upgraded up to level 3/5. 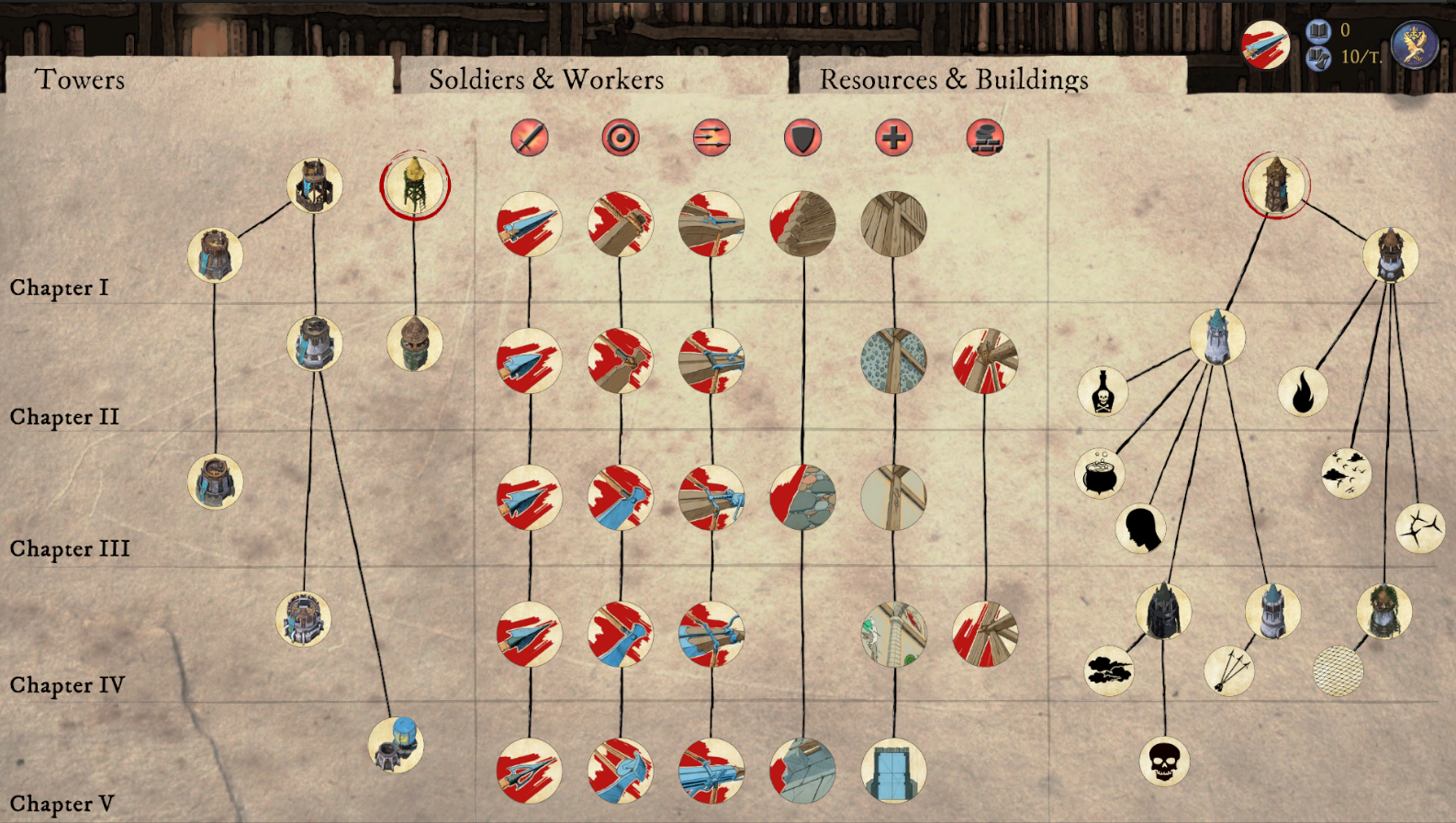 Archery towers are the most versatile defenses available. They can shoot either ground or flying enemies, and according to the specialization you pick they can focus either focus on high firerates or high damage and range rates. 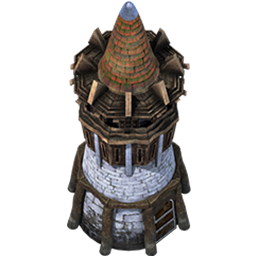 Old but gold. Taking the bow technology to a superior step of excellence, the Composite Tower is a death machine. Fast, with a long reach and average damage; a must have against flying and ground faster enemy troops that also opens the way to the Rangers Tower. 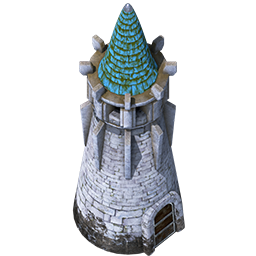 Slow and deadly, the Crossbow Tower is a steady representative of the ballistic Kothian research and a fundamental development step towards the more advanced Repeating Crossbow and Sniper towers. A must have for every defense worth its name. 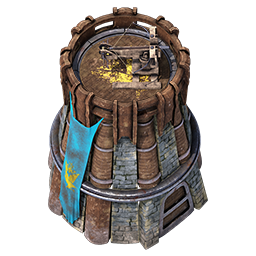 If you like crossbows but your suffer from the tiny size of quarrels, a Ballista tower is what you need. Are the enemies queuing up in a row while marching against your defenses? Then what about skewering them all up together to show them your defenses are not to be messed with?

Can upgrade to: Repeating Ballista Tower 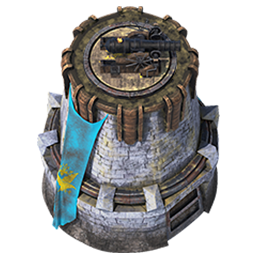 Kothian technology might have not reached the excellence level of the Krovanian one, but black powder research has been a great focus in the last decade. These towers can shoot far and hard, ignoring armors and cover, mercilessly destroying everything on the path of their cast iron bullets. 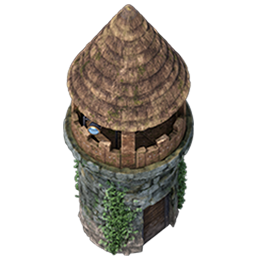 There are battlefields where a Scout tower wouldn't last an hour without being burn to ashes, that's when a tougher outpost is needed. Even though the tower has no relevant attack cababilities, the crew has Caltrops and Nets available. 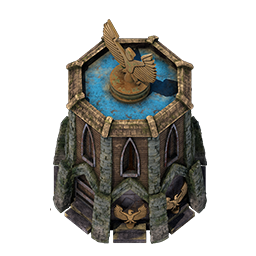 In areas with a strong aethen influence, simple shrines are not sufficient any longer. These wooden temples contain at their core a steel symbol of Kaer, through which his will flows strong. The pious ones in sight of the Temple will relish of his Holy influence.

Available powers (To be bought separately):

Can upgrade to: Battle Temple