We're moving our focus to Fringes of the Empire Prequel while an unnamed tech giant examines the Empire in the Sky engine.

With sadness I am here to announce a temporary, indefinite pause to the development of Empire in the Sky. The game will be made one day, but we're not sure when. There were a couple of factors in this decision, and I want to say that no one is less happy about this than myself.

It took 7 years to build up enough source code to get the demo of Lost Astronaut's Empire in the Sky out the door. I started it alone, and since then over two dozen people have come to help the project, largely for free, and I paid actors out of my own pocket with limited funding. I purchased thousands of dollars in audio and 3D models to produce Empire in the Sky, and I have as yet to make a single dime from development of this game. Things were looking up for the project: I have a working demo that seems to be stable on a wide number of Windows 7 machines. This in itself is a major accomplishment considering how many companies have turned away from this kind of development toolset.

For those indie game developers who are reading this, let me tell you a bit about my experiences. For one, I developed it entirely using OpenGL, and I had only a limited intent of developing for iOS. iOS came about year 3 of the project and 7 years ago Minecraft hadn't happened yet. Nor had we seen Terraria. I feel this space is getting crowded. At the time I started the Indie movement had all but died out.

It was only through intense self-discipline that I was able to write the 300,000 lines of code and 1800 C++ classes that go into Empire in the Sky's core offering. I began writing a C program to "make a quick game in 6 months just for fun", and as I moved through various libraries and development platforms, I found myself putting a lot of effort into Windows / Linux, and specifically the Microsoft Visual Studio platform. It takes roughly 12 minutes to compile Empire in the Sky from scratch. When I started it took about 1 second. This makes working on the game enormously frustrating.

We will return to this game one day, and it will be published!

All is not lost, however, as experts at the aforementioned big tech giant have extended a hand to Lost Astronaut. However, wheels turn slowly there and I'm left with a big question mark as to when we will be back at full steam on this project. So, in the meantime, I've left behind this enormous undertaking to focus on a simpler, easier to develop product prequel called Fringes of the Empire. While we will still be devoting some effort to the Empire in the Sky project, we'll be spending the bulk of our time pushing forward the cross-platform prequel.

I have started porting it to Code::Blocks, but there are months of improvements that must be explored to port it to the Linux and GCC platform. This means more setbacks to a game that is still only 60% complete.

Thank you so much to those who have supported us up until now. Please continue to raise awareness of Lost Astronaut Studios and the Empire in the Sky series of games. I want so very much to publish and I think Fringes of the Empire will be a great sci-fi RPG that stands on its own, even if it isn't developed in the grandeous and procedural way that Empire in the Sky is. 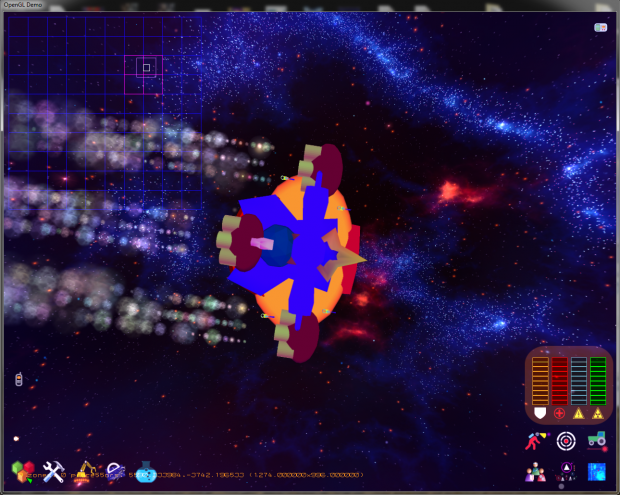