After a long retreating battle, the Ensign fires at the Exploder just as the skittering alien slows down to approach the top of the stairs. The parasite is riddled with bullets, and dies in a puddle of its own explosive intestinal liquid.

The Ensign, only human after all, takes a moment of celebration, a quiet breather in this dark hallway where lighting the weapon’s flashlight would mean arousing half a dozen nest eggs into a frenzy of alien spawns. It’s a deadly mistake as the Exploder’s limp body, activated by the gunfight, rolls down the stairs and delivers its deadly payload while the Ensign checks the inventory and its dwindling supply of ammo. There is no time for pain. Just fire, and death.

Emergent gameplay is a very misunderstood concept in game development. When asked to define it, even veteran game makers will come up with replies such as “oh sure, it’s when unexpected things happen”.

It’s funny, because in a few years of game development, the only truly unexpected things we came across were bugs, crashes, server fires, and really bad takeaway food. It makes more sense to consider emergent gameplay as that wonderfully spontaneous, fresh realm of possibility that is born from the interaction of simpler systems.

Take the scene with the Ensign and the rolling crawler as an example. The systems at play are simple, and wholly predictable. There’s gravity, which brings unresisting alien bodies down to the ground or, in this case, down a staircase’s slope. There is the Exploder’s behaviour, which activates its biological detonation payload once alerted of the player’s presence, be it the human flashlight, or a bullet to the noggin. There’s a simple staircase, humble in its millennia of service to the human race.

Combined, in a simple one-on-one surprise encounter, the outcome was an exciting narrative moment that can’t be reproduced exactly the same way each time, because no single scavenger will be killed at the right place, and with the right momentum, to roll down the stairs. There are several similar systems at play in Dark Matter. The player’s flashlight and human-made lights alert enemies and spawners, and make them frenzy against the intruder. All explosions damage the player as much as they damage both enemies and environment, with hilarious and sometimes amazing results when you set off a chain of blisters with an enraged exploder or a well-placed grenade.

Enemies don’t just stand in limbo while waiting for the player. In their own little ways, they will patrol, or look around, or act on impulse to take a break now and then. It means that you’ll never be able to anticipate when you’re going to encounter an enemy exactlyWhen we first saw a scavenger Hunter chase the player, and knock crates out of the way to reach its prey, we were awed by how awesome the crates flying around looked, and decided to come up with a kinetic damage system so that objects falling and being thrown will damage both players and enemies, according to speed and mass.

None of that was a mysterious eclipse of programming voodoo on the eve of the Friday Solstice – it was simple , predictable systems reacting beyond our human ability to predict all outcomes… and creating awesome fun.

Deus Ex, The Sims, Dwarf Fortress and the giants of emergent gameplay stand in their own rarefied, unreachable cloud banks, looking down benignly on games trying to undertake the same journey, games such as Dark MatterYou won’t find ‘emergent’ in our promotional material: we’re not stepping into that particular flame war of public opinion, but it’s very much our goal to make a game that packs enough variety and unpredictability to create unforgettable moments, and we’re doing so one awesome system at a time.

There’s something right when one of the developers pipes up from behind his wall of screens and declares “I am toxic man!” after discovering the joy of acid-loaded rounds for his assault rifle. It’s the good kind of unexpected.

Now, on to fix the Exploder’s loot drop so that it properly colliders with the slope, and doesn’t fall through into oblivion. That, too, was unexpected.. 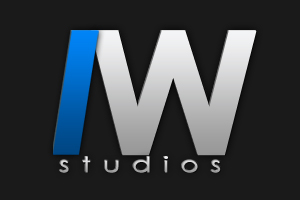