Next up is Nitrogen, a character specializing in burst damage and getting in and out of fights quickly. 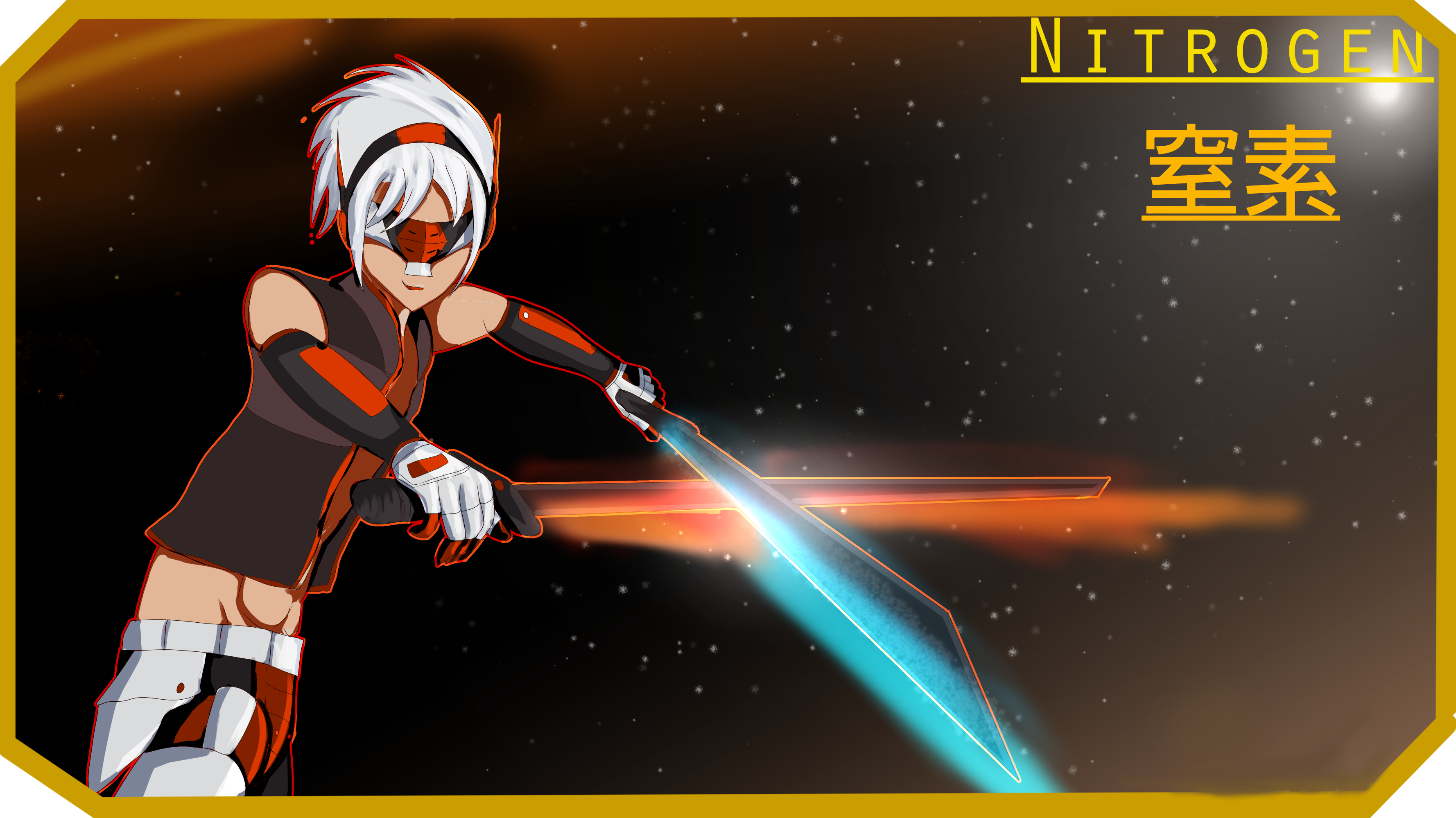 Nitrogen may not have a lot of health or armor, but he packs a mean punch. His abilities let him go in and out of battle as he pleases, letting him sneak up on the enemy or get away quickly.

Every time Nitrogen uses an ability, he gains one Nitrogen Bond buff. Once he has three, his next basic attack deals twice the gas damage.

May toggle between two passives, changing his blades form.

After a delay, Nitrogen becomes invisible for a short amount of time.

Nitrogen dashes forward, stunning and hurting any Element he touches.

Consumes unused Atoms of N.
Freezes all units in an AoE around Nitrogen.
AoE and duration are based on how many atoms of N were consumed.

Nitrogen is confident, optimistic, and kindhearted young man who loves action. He is known to encourage both his teammates and enemies, often giving them advice.

Thanks for reading our newest article! if you want to stay tuned about upcoming Element presentations, follow us on twitter or track our game here on IndieDB!