From now on, we will be introducing you to each element in the game. Also, we have some more information about the development status and social network stuff as we created a Twitter account. The Element for this article is Hydrogen!

From now on, we will post Element Spotlights, introducing you to each new element, and eventually all playable characters in the game. We will also be posting background information, lore, and more artworks so you can get a better feeling of the game style. 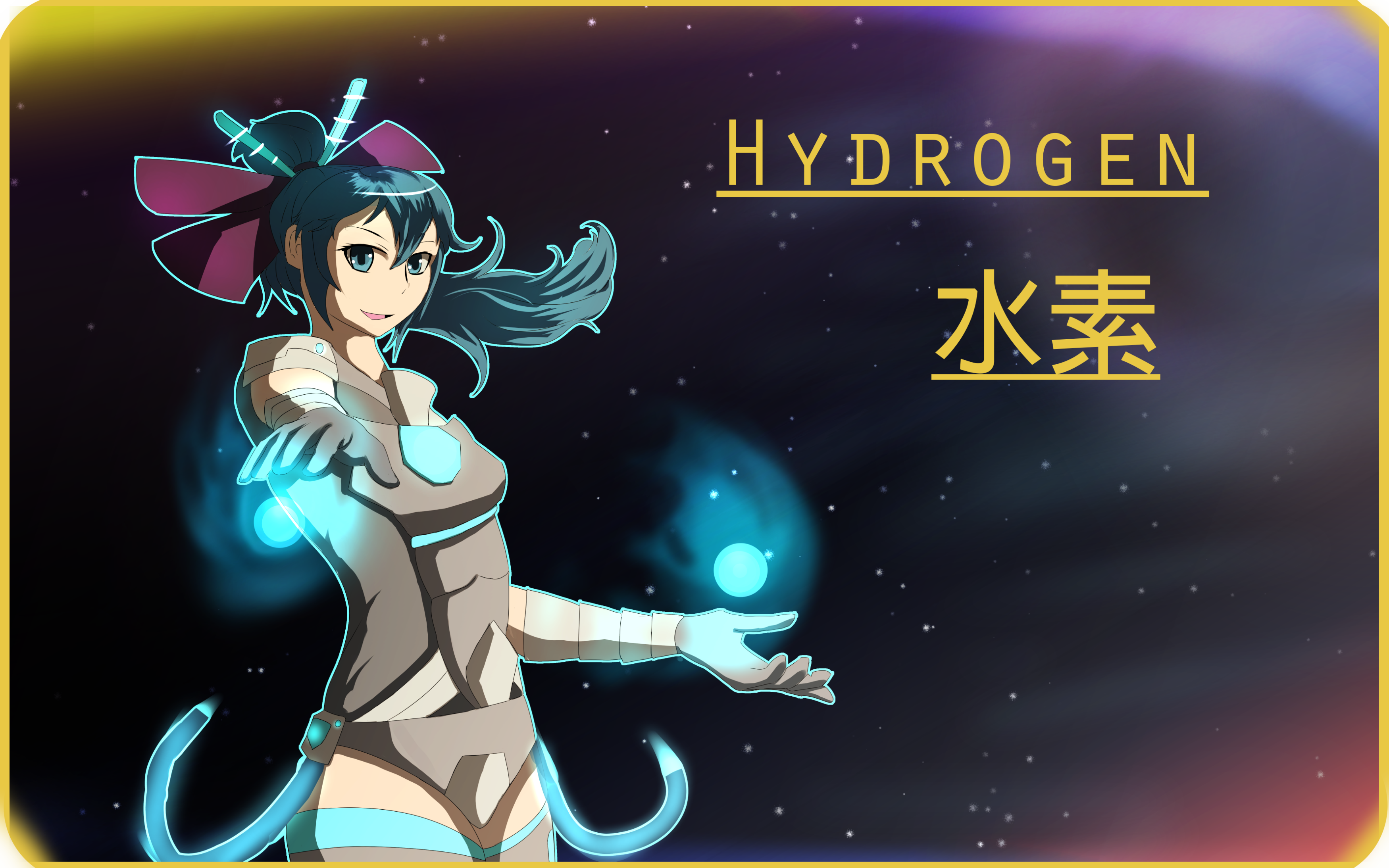 Hydrogen is the fastest and lightest of all the Elements, but also one of the most fragile.

Her abilities are based on movement: some moving her or her opponents, and others requiring her to be in the right place at the right time.

(Element Property) Most Abundant in the Universe

Hydrogen gains twice the normal amount of atoms from her charge bar as atoms of her element are the most common in the whole universe.

Hydrogen shoots a blast of gas in front of her, pushing enemies back, dealing gas damage and stunning enemies in a cone.

Increases Hydrogen’s move speed for a short amount of time.

After a small delay, Hydrogen explodes, dealing gas damage around her.

(Active) There Can Only Be One

Consumes unused H atoms on use. Channels for 2 seconds. Hydrogen cannot move and is invulnerable while channeling. Hydrogen transforms into an alternate isotope, adding X to her gas attack damage, attack speed, and move speed for X seconds. X is equal to the number of H atoms consumed by this ability.

Hydrogen is a fun-loving young woman who loves speed, excitement, and adventure. Though she is light-hearted in nature, she is not afraid to kill others if they stand in her way.

Hydrogen is the lightest element, having only one electron. Hydrogen has three naturally occurring isotopes: Protium (H), Deuterium (D), and Tritium (T). It is extremely flammable.

Thanks for reading our newest article, if you want to stay tuned about upcoming Element presentations follow us on twitter or track our game here on IndieDB!