A selection of creature concepts from Ectolibrium.

Here are a few creature concepts for the game. All of these creatures lay eggs which you can harvest and hatch in your Grotto for a variety of gameplay mutations.

These guys won't be in the first EA release -- but their placeholders will! Fully fleshed out art is something we'll invest in once the gameplay is perfected. 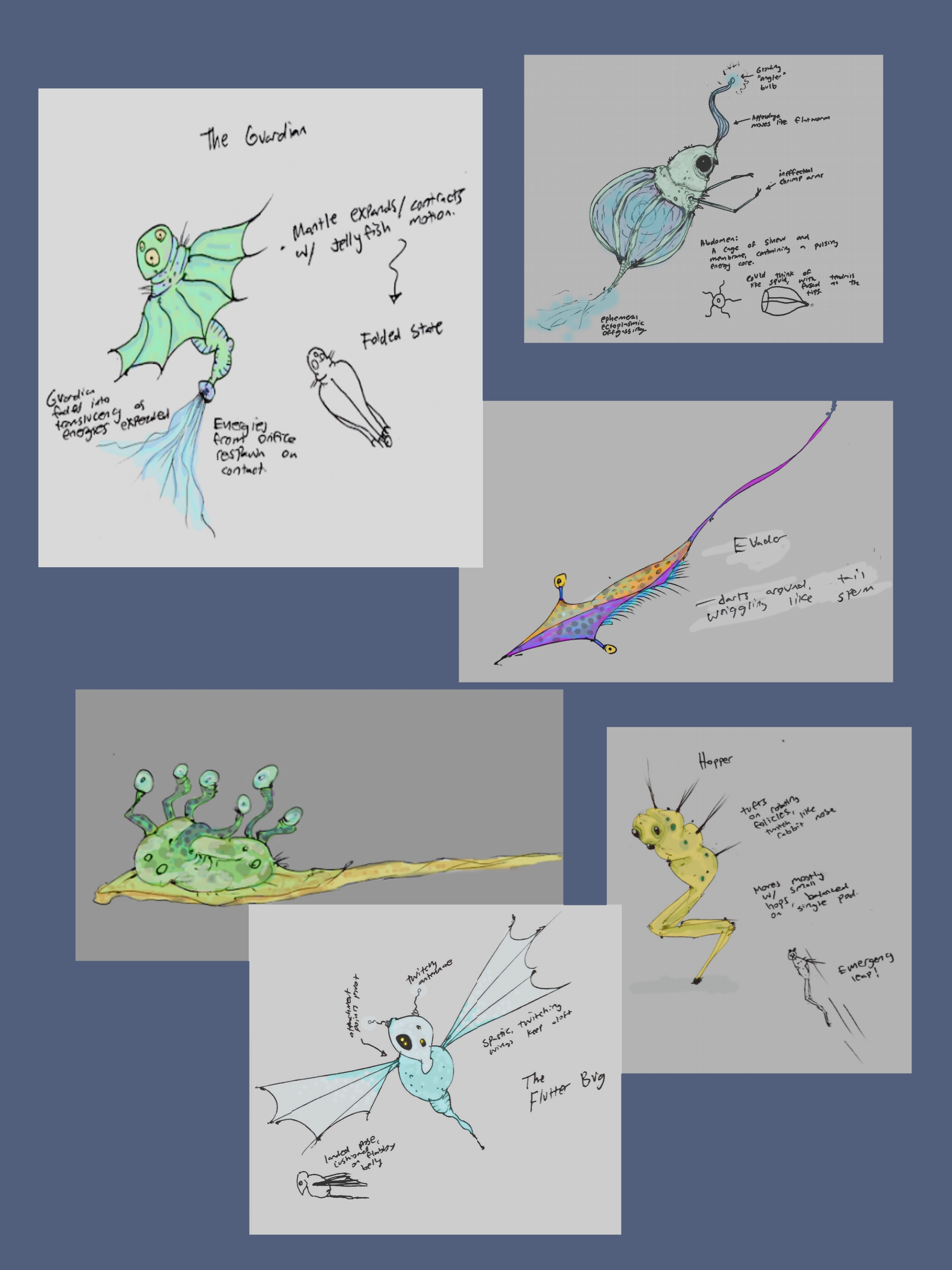 All of these are accompanied by documentation -- for instance, the "stack slug" comes with the following blurb:

"Stack Slugs squelch messily over surfaces throughout the gameworld, flailing their stalks and leaving a trail of viscous ooze. Although the stalks may at first appear to be eyes, and ARE in fact sensory, they do not function in any way like traditional eyes. Instead, they send out puffs of "probing-spores" which collide with the surrounding environment and retain a chemical memory of whatever surfaces they touch. The spore cloud is then sucked back up as the creature inhales, providing it with sensory data. In this way, the creature's respiration and sensory systems are one -- you can see the stalks puffing like smoke stacks as the creature maps its surroundings."

I won't spoil the rest of the descriptions here. Eventually we would love to communicate this kind of information to players -- but in my opinion there's a fine line to walk there. As much as I love lore, I don't necessarily enjoy codices in games, as they cause me to constantly break gameplay to make sure the "unread" tag disappears from some game menu.