In dev blog number four we talk shaders and SpeedTree there's also some thoughts on Normal Map generation now and then as well as some hand painted textures! 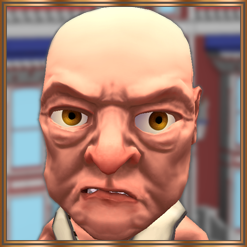 Another week, another post, let's see if there's anything interesting for you to read about this time.

I doubt it, but these devs just keep writing stuff, so let us know, are they interesting or am I right?

It's been quite a week, this busy little bee has been going at it, hard. Even more so next week, can't wait to write more about my SpeedTree adventures in the next recap! If you scroll past the shader section there's some SpeedTree thoughts here as well!

So this week I've been looking deeper into shaders and the over all look of the project, I've had long debates with myself on whether or not we are going to have normal maps as part of the asset pipeline.

The quickest way for me to create characters is to sculpt them, thus, getting the normal maps for the characters is pretty much free. As for other assets, there's no way I can sculpt them all and there will also be a lot of tileable textures for the majority of the environments. 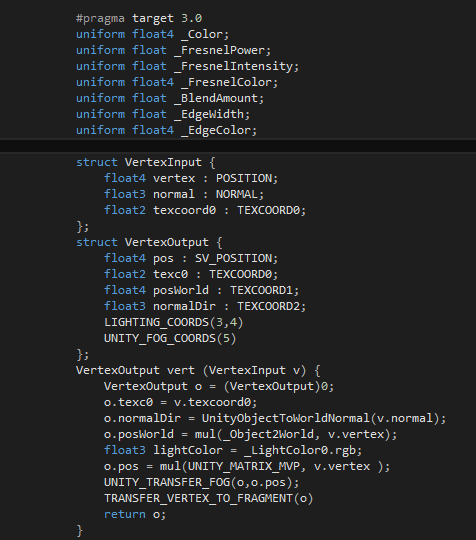 We don't have to worry about the triss amount with the art style I've chosen, so getting the tiled assets to look good won't be an issue, normal maps or not.

While playing around with the shaders I always went back to the standard shader. This was to make sure that that didn't look better. To be honest, with correct lighting the standard shader truly is gorgeous. Because of this I've started to break down the Unity standard shader to see what I can possible add, maybe I'll want light ramps, I know for sure I'll want transmission and Fresnel for some assets and effects.

So what have I decided upon you ask? Well have a look at the difference between these two screenshots, one is with and the other is without normal maps.

While this in no way resembles the final look of the game, it's clear to me that skimping out on normal maps, especially on the characters, will give way less visual interest. Also consider that this is just a still image, when the light is playing over the surfaces, the difference is greater still, especially on the foliage!

So we want normal maps, but with me being the only artist, there is not enough time to sculpt all of these textures, what about generating them from a diffuse texture? Will it look good enough, the answer can be found in the next sentence.

When I went into 3D content creation, we had Nvidias Normalmap filter, great for small surface detail, but is it strange that people who have been in the business for a long time are still using zBrush for all their normal map needs? 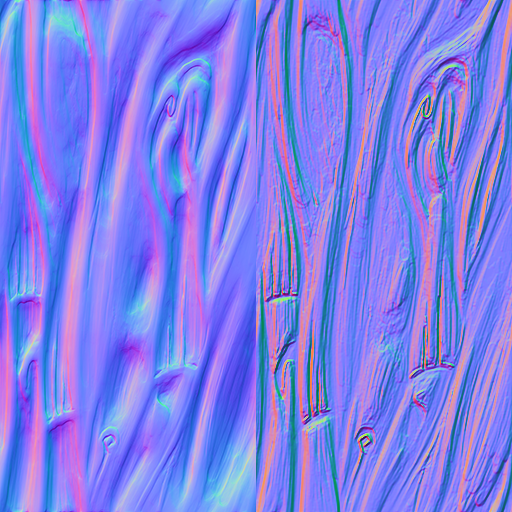 With today's normal generators being as powerful as they are, this, in my opinion is something we can consider skipping. At least for non-hero objects. If you paint a texture with solid lighting, you'll get an almost sculpted looking result at a fraction of the time!
SpeedTree
Now then, let's talk SpeedTree! (If you're interested in SpeedTree, make sure to follow Gruckel and Eco Tales on twitter.)

I've modeled trees before, it was ages ago, and it took me a long time to create, look at it, it is there, up in the corner! Luckily this is the only image I can find on the net which contains content made by me that many years ago. 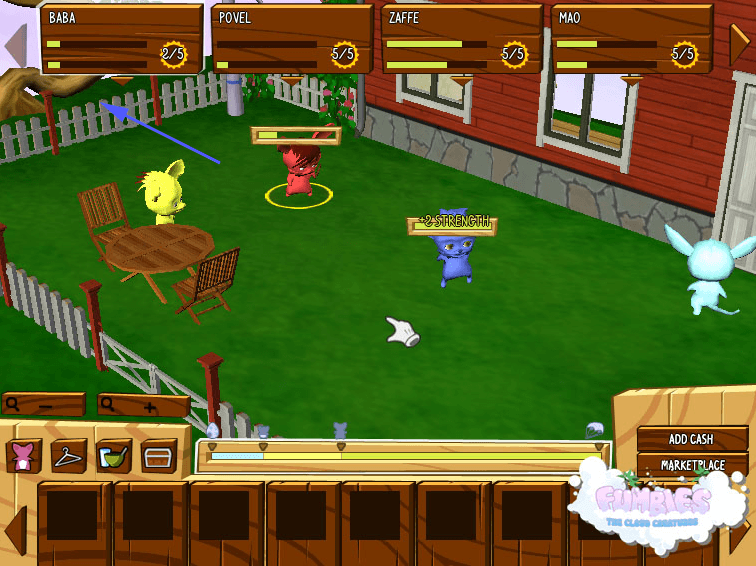 I got an opportunity to dabble into SpeedTree for a Landscape Architecture project last week at work, you can read about my first thoughts on SpeedTree here.

This weekend however, I managed to create for roughly 18 hours, straight. From noon until 6 am on the following day! Sure I was fueled up on some Red Bull with... "Condiments" but doping is luckily allowed in game development.

I started out by painting the texture, I wanted something for my larger trees first, something with a large gnarly pattern, after some painting I removed a lot of detail, don't want people to focus too much on the trunks after all.

Looking at it now, I may return to it to give it some additional micro and possibly even mid size details (here's some info on detail levels), then again, maybe not, I'm quite happy with it.

When I was done painting, I wanted to start of with the most enjoyable asset type there is to create, a hero asset, the tree on the right hand side is in this case my hero tree.

I used the hand draw feature to give it a nice interesting curve and added branches in the same way, branch level 2 I left up to the generators, I then created a few different leaf generators both billboarded and stationary ones with small branches which connect to the tree itself.

At this point I was still using the leaf sprites and leaf models from the free Broadleaf asset, I'm keeping the models, but the textures I am going to recreate myself, more on that in a later post. 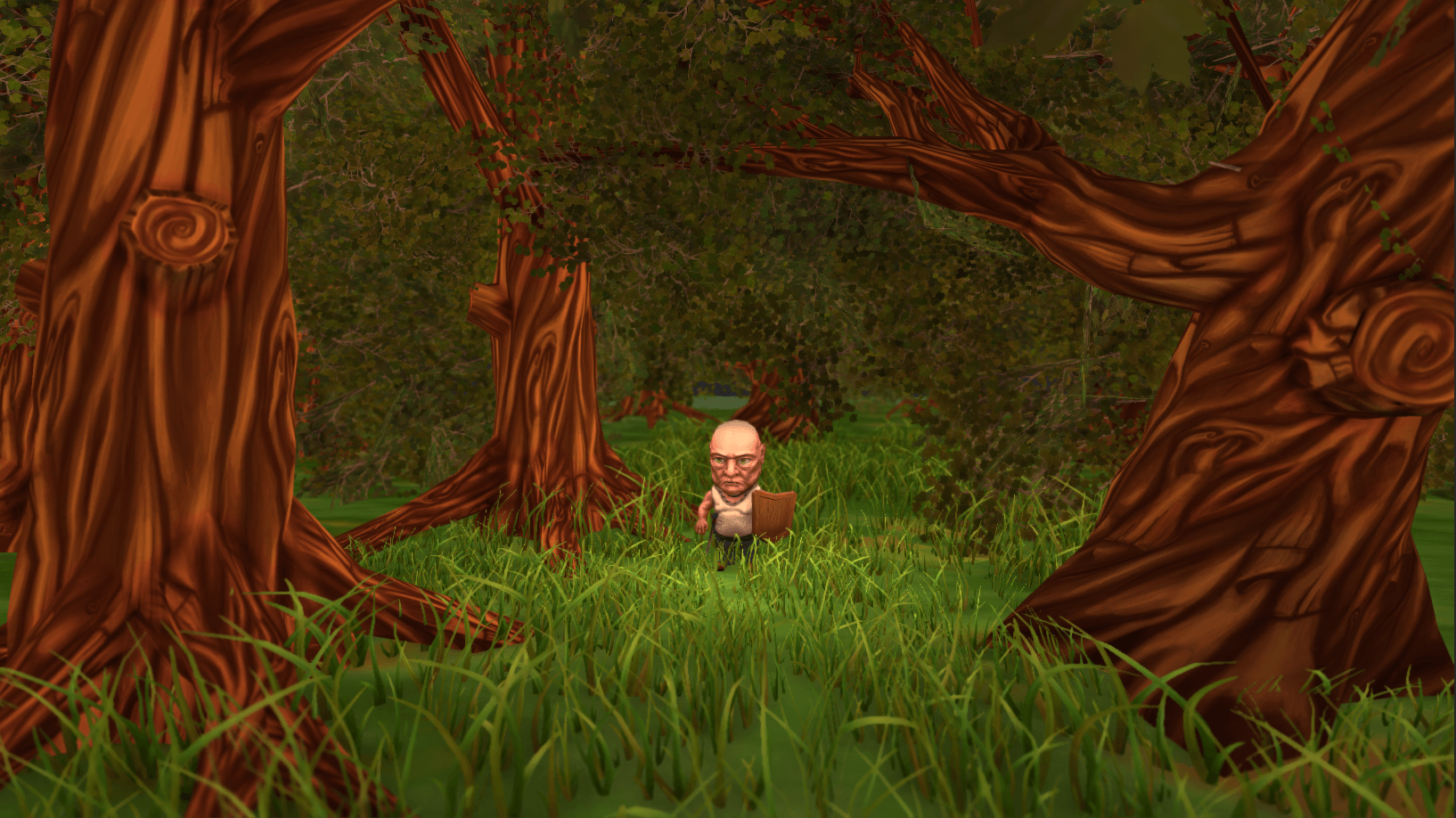 With this tree looking as unique as it does, the next step was to create a base tree which with rotation and scaling can be used over and over again. For this I went with a standard trunk base and spent a few hours learning how to generate a tree by breaking down SpeedTrees mobile vs desktop versions.

Our triss budget for the trees is quite high, but you should never go overboard just because you can, we'll see if these will need some polish in the future. For now I'm calling them done.

I will be creating some free basic SpeedTree tutorials in the future, I'm also considering a gumroad tutorial on how to create a fully featured hand painted tree in SpeedTree.

Let us know on Twitter if this is something that would interest you!