We’re very proud to announce that Eco Alpha 2 has just been released! 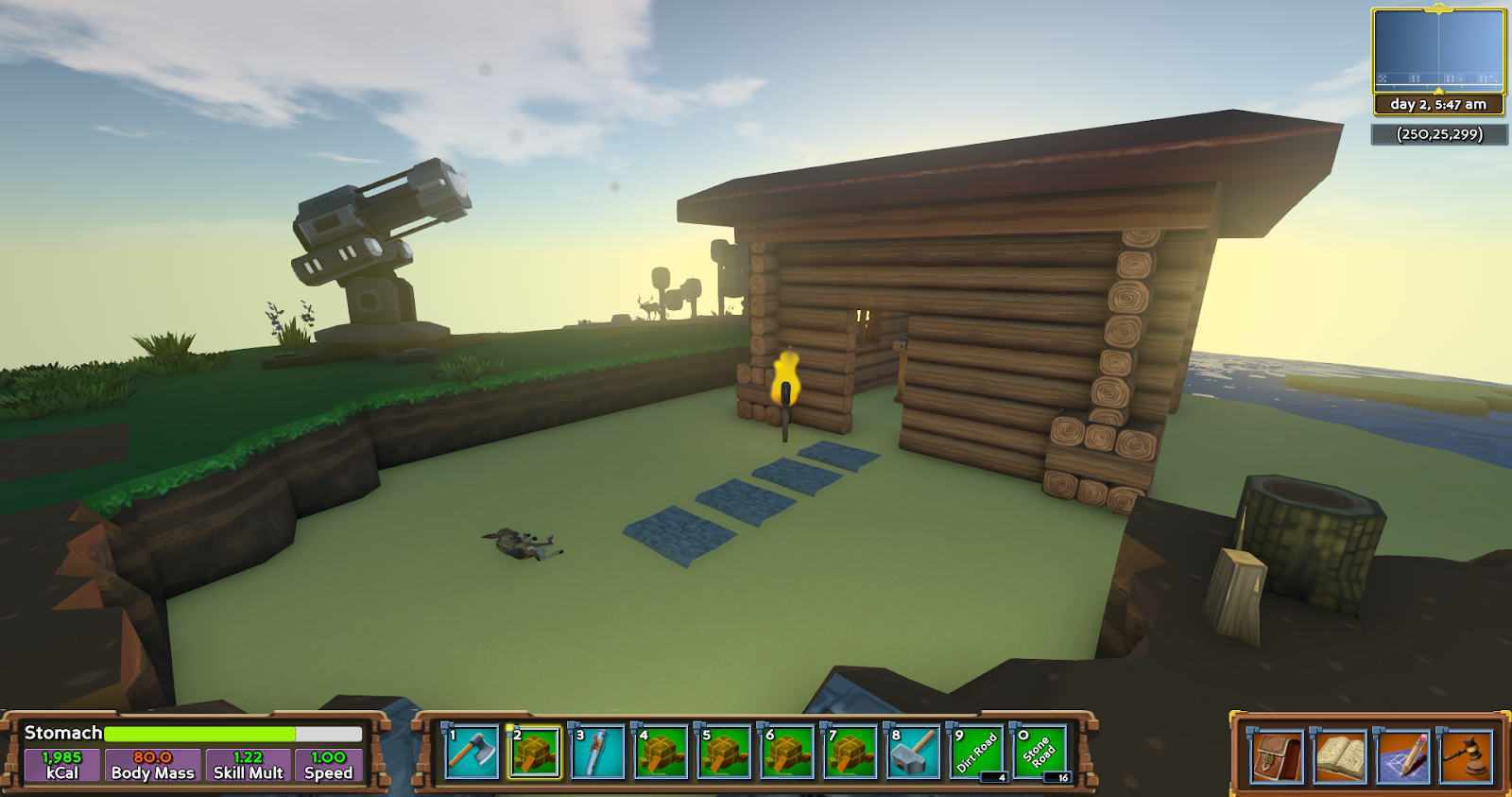 This release is primarily a stability release, fixing the issues we discovered with our first public alpha launch a couple weeks ago. Thanks a ton to everyone that helped us find, track, and fix these.

Next we’ll be looking at releasing builds on an alternating cycle, with a week of new content, then a week of polish/bug fixes. This will keep the game growing in features at a steady rate, but with enough polish that it continue to remain playable throughout development, and gives us a chance to respond to player feedback. Balancing this game especially will be a monumental task, and will really help to have feedback from player-run servers to get that working.

We’re also in the process of implementing the remaining core features of the game, transport and energy. Once those come in we’ll start seeing a lot more of the connections between food, building, research, government, and skills start to emerge. I’ll be writing a doc on where we want to go with Eco for Beta and some higher level ‘vision’ discussions about the game in the coming week.

Thanks to our supporters, it’s a pleasure to be working in such a great community. Be sure to let us know what you think in our forums.