During October, I have fixed hundreds of issues and added few new features! Here are all echoes/dev blogs from October.

This week I was working on new tutorial. 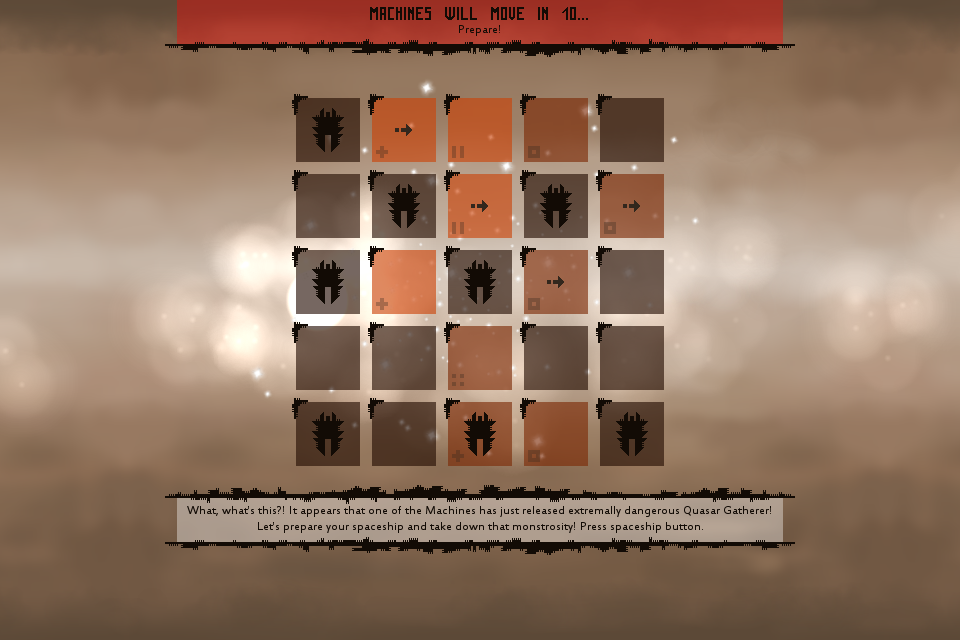 ​So, yeah, a lot of trouble.
Another thing that gets in a way is my poor programming.
Sector Six is more or less gigantic if tree and when I need to change something, I have to rewrite lots of code.

Anyway, next week I'll probably finish tutorial.
It means that there's nothing much left on my to-do list.
And that means I might release version 0.3.0 this month!

Yesterday I tried playing old Sector Six version.
I was shocked when I realized how much game has improved during those months!
Can't wait to let you guys play monster that is Sector Six 0.3.0!

End of the echo!

Usually when you are told in games that there's war going on, it doesn't really happen.
There might be few cutscenes, burning buildings and corpses, but I think it's not enough.

So, I am trying to make war real in Sector Six!

This week I have added another extremally important feature!
Main enemies of the game - the eight Machines, can now be seen on the Sector Six map, where you choose missions.
Every ten missions completed/failed the Machines will move to other regions.
Secured regions attacked by the Machines will be reduced besieged, besieged to occupied and occupied regions will be destroyed! 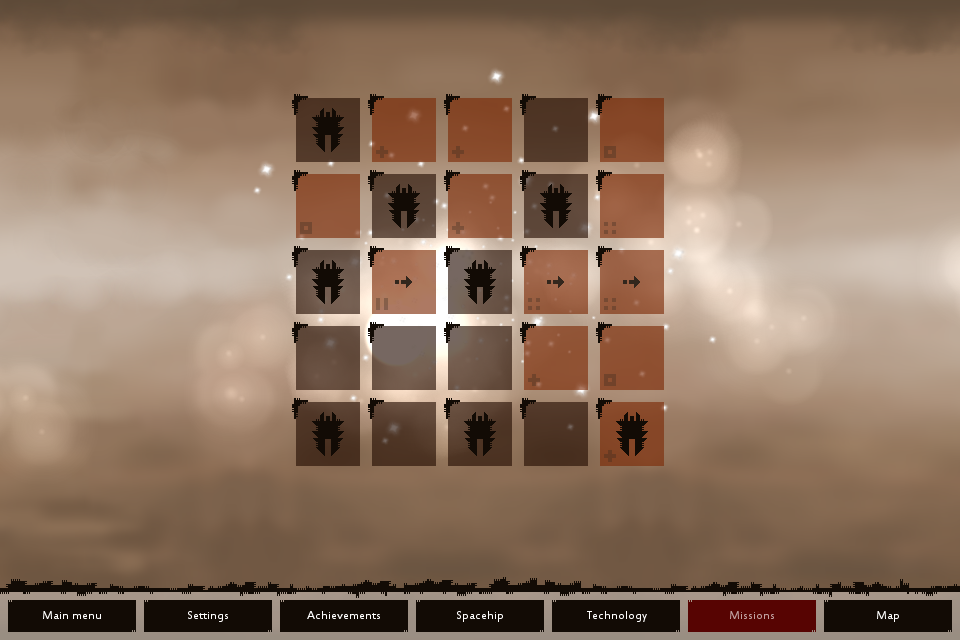 ​That means that the conflict is no longer set just by the dialogues and cutscenes, it's actually happening and it changes gameplay!

It's not that impressive yet, but I can improve it so much!
For example, I can make that if the Machine enters secure region, special world siege mission appears.

In future player will want to have as much secure regions as possible, because there will be shops, cities and other important facilities.
Also, regions with different status will have different enemies and conditions, so status will really mean a lot.

So, um, that's all for this week's echo, next week I'll probably work on tutorial or something!

Done a lot this week, release day of version 0.3.0 is getting closer and closer! 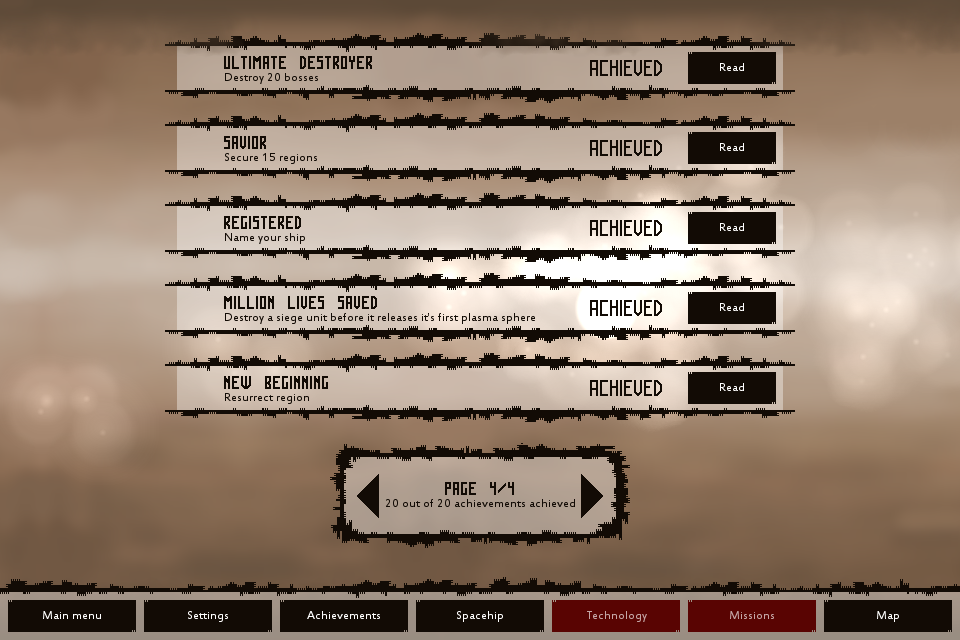 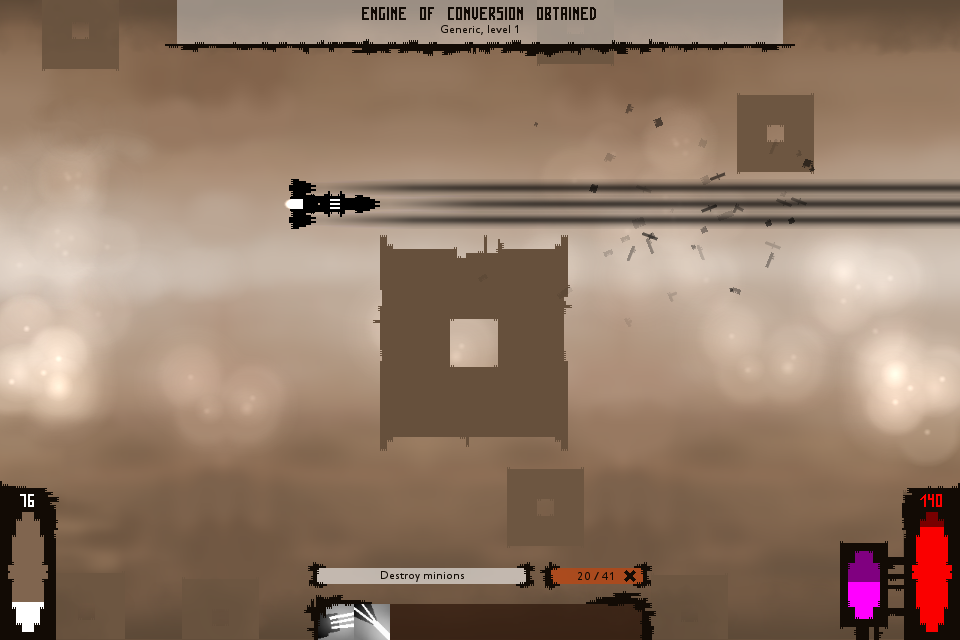 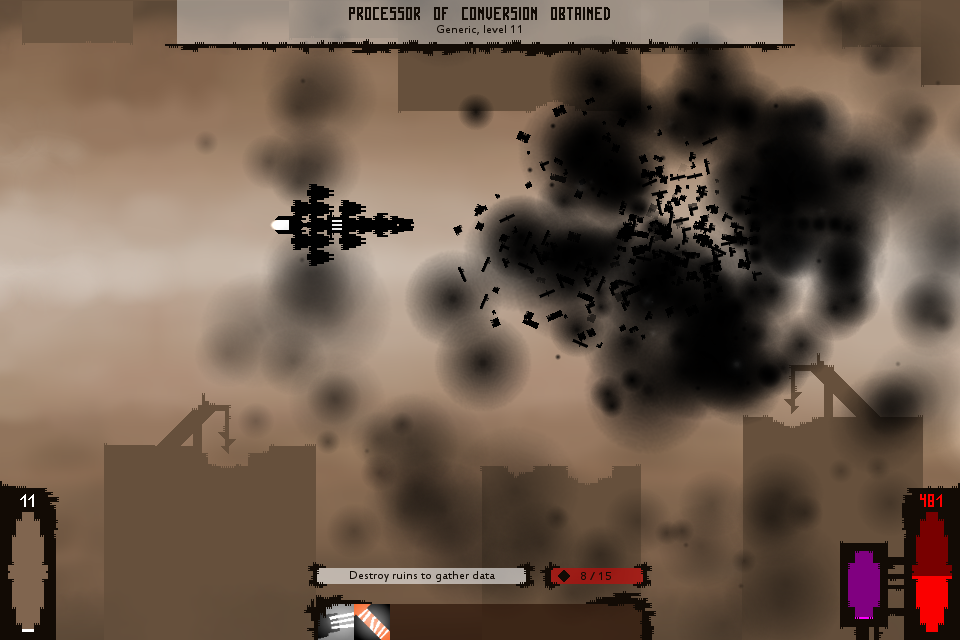 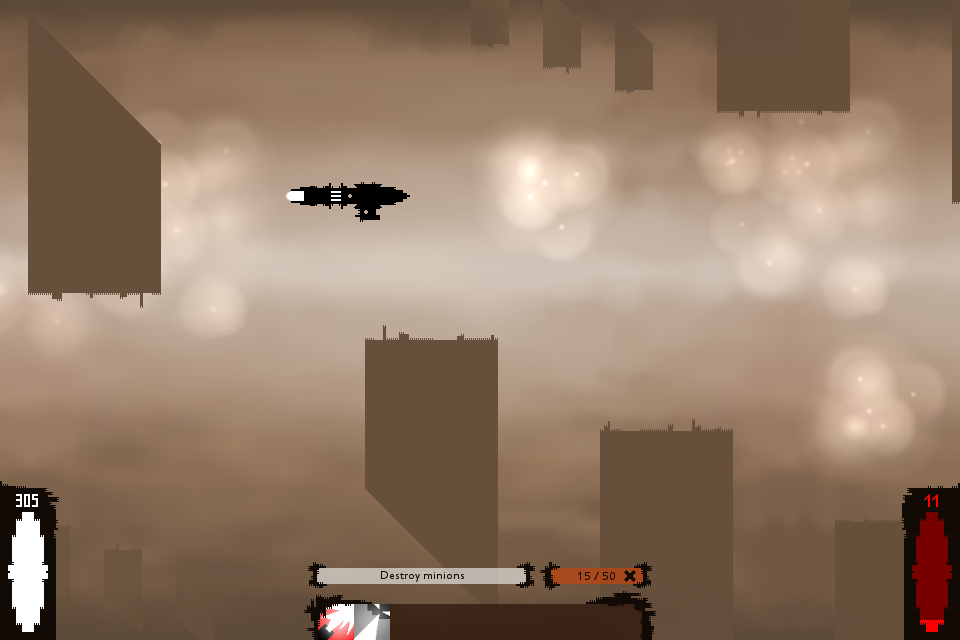 To finish updating abilities.
To fix many small issues again.
To update Sector Six map. I keep postponing this one! 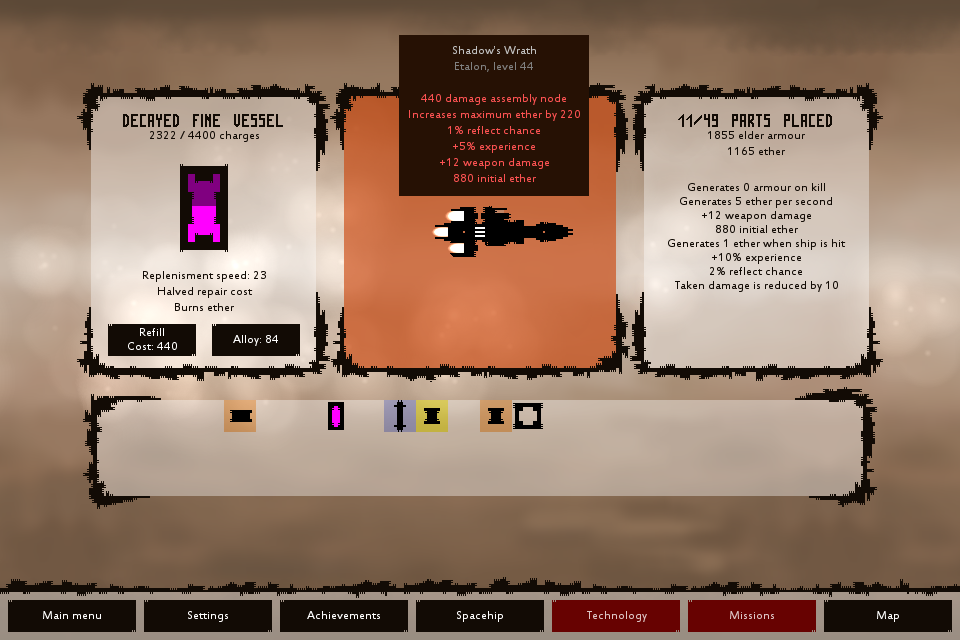 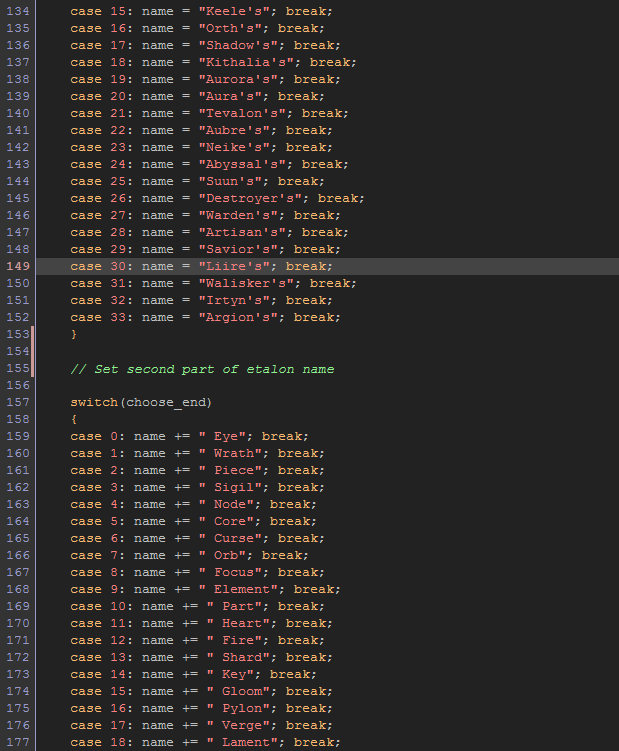 To write new ability descriptions and update abilities.
To add the Machines to Sector Six map.
To fix small issues.

While not developing Sector Six...

I was playing DarkScape. One does not simply quit RuneScape.
I was playing Guild Wars 2. Toxic spider queen is very annoying.

To complete resurrection mission, player has to destroy 15 ruins, then wait for the Elder Mechanism to resurrect the region.
During resurrection, that takes 60 seconds, player will be constantly attacked by the revenants.
Revenants are new enemies, that explode, if they aren't destroyed 3 seconds after they appear.
And that is not good, because revenant explosions damages player spaceship.
What is the lore behind resurrection, how exactly resurrection works?
First, the Elder Mechanism collects data about what was the region like, before it was destroyed.
Then Mechanism attempts to create exact replica of destroyed region!
The Elder Mechanism is able to recreate entire region with stars, worlds and life forms. 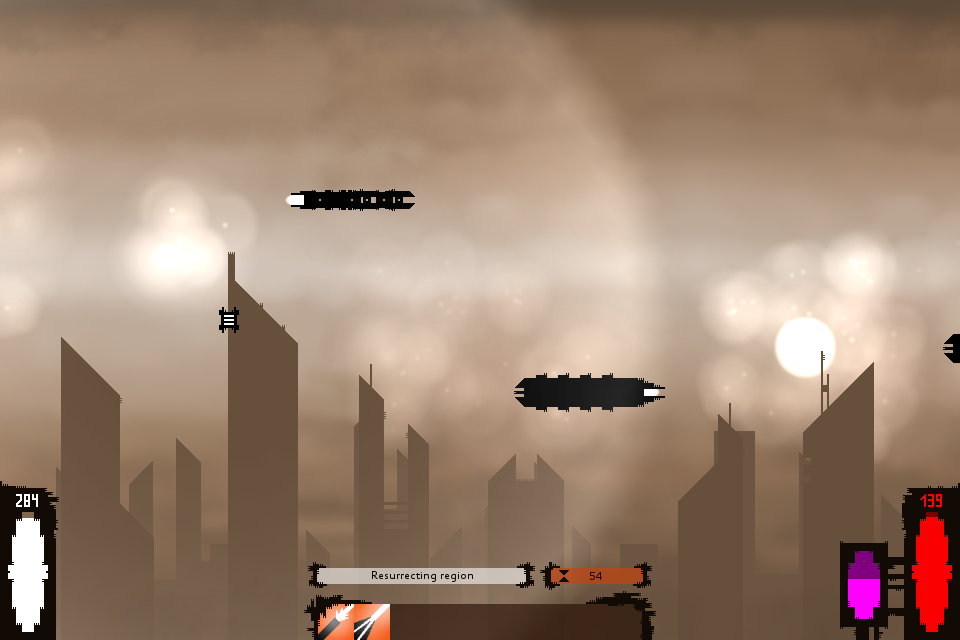 New music tracks has been implemented.
Screen shaking has been improved.
Fixed quite a few issues with the new item generation engine. 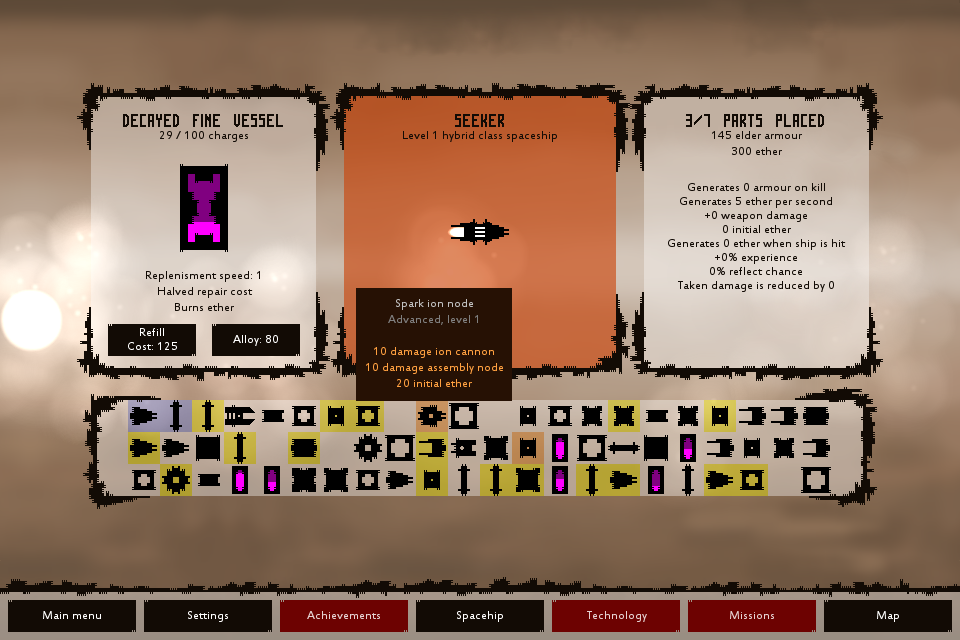