This week was quite productive!

After making pretty explosions, I have improved spaceship building.
I have made a simple part installing/uninstalling animation.
I imagine that the weapons, processors, engines and other parts of futuristic, modifiable, city-sized military spaceship should have pretty complex programs in them, so I think that installation animation is a must be!

I have also fixed other old problem.
Players had been telling me about armour and ether bars being in wrong place for long time.
I have finally relocated them, now bars are closer to screen center.

Lastly, I have began working on better ability interface.
I have made upgrading/downgrading animations and cleaned up ability description screen.
It still needs some polishing and I hope to have it done next week.

Next week I'll work on many different things, because I'll try to make the update ready by the end of the week and I have a lot of things on my list! 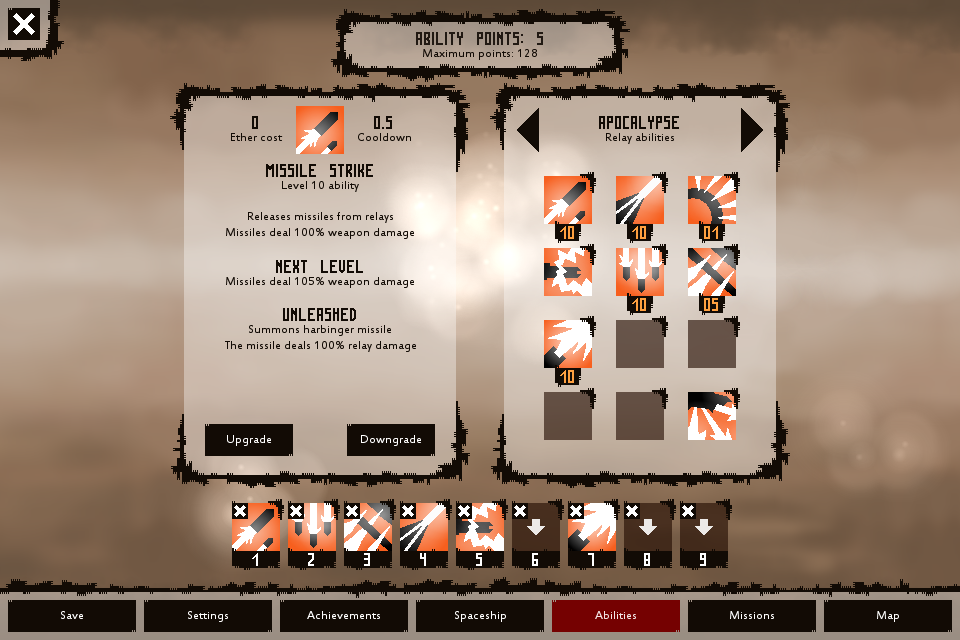 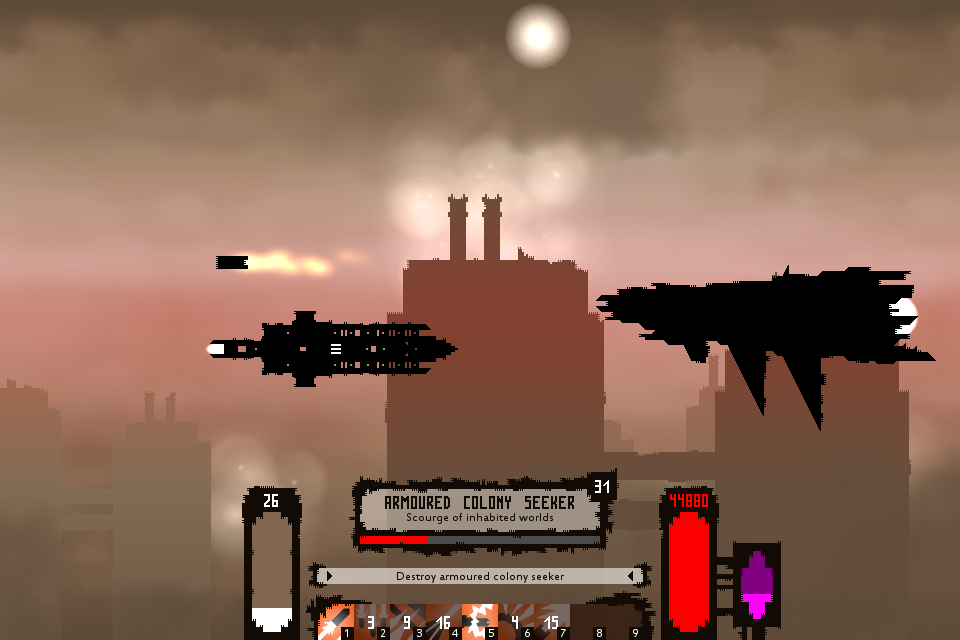 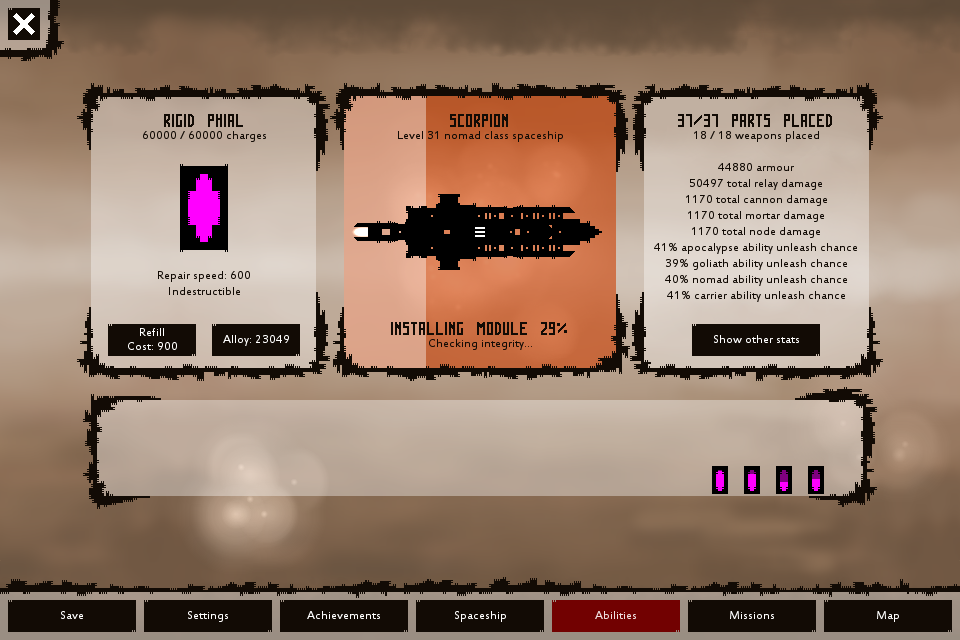