This week I have added backgrounds for Ityl and Nebula.
Now all regions in Sector Six have their backgrounds!
Ityl background buildings - see screenshot below - are actually from the old Sector Six.

During Shatterer war, Sector Six was completely destroyed. But after winning the war, the Almadi have resurrected it. Normally resurrection would recreate everything perfectly, but it wasn't regular resurrection. All regions in the Sector were properly recreated, except Ityl. Resurrection process has restored Ityl to time not before it was destroyed, like with other regions, but to a moment before Sector Six has collapsed, after Shatterers ruined it. Ityl has been untouched since the resurrection, it is a sacred place for the people of Sector Six. They go there to remind themselves about the final war in Sector Six history...

Nebula's particle procession plants, also known as nemezium plants, accumulate nemezium particles that circulate in Nebula's atmosphere. Nemezium comes to Nebula from Ityl, from the decaying remains of the Shatterer spaceships. It is the only source of nemezium in Sector Six, besides the Machines and their minions, as it is Sector Seven element.

I am putting these lore fragments here because of two reasons. Reason one is that some weeks I just don't have anything to write about, sometimes my progress can be described with one line. Reason two is that I am going to make 25 new achievements, one achievement for every region on Sector Six. And these lore bits are going to be the reward for completing region achievements. So I'm getting both additional content for the echo and lore for the achievements!

Anyway, this week I have also began working on new region entering and leaving animations. Next week I'm planning to finish these animations, polish backgrounds and maybe start working on something I call loot box. Loot box is going to show all parts player has found during the mission.

So, I guess this is the end of this echo!
Until next week! 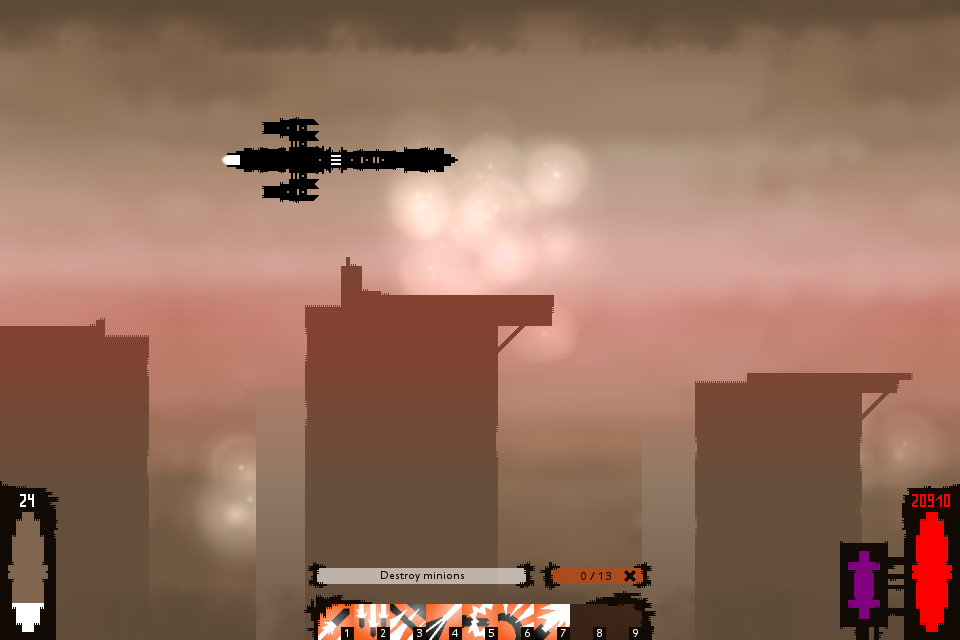