Half of the list from echo #14 is done, I still don't lose hope that I can release new version this month!

Week is almost over, so let's take a look at the list from echo #14 and cross out things I've done:

Don't let escorted spaceship move if player spaceship is in front of it.
Make abilities removable from slots by pressing buttons.

Half of the list is done! I still don't lose hope that I can release new version this month! 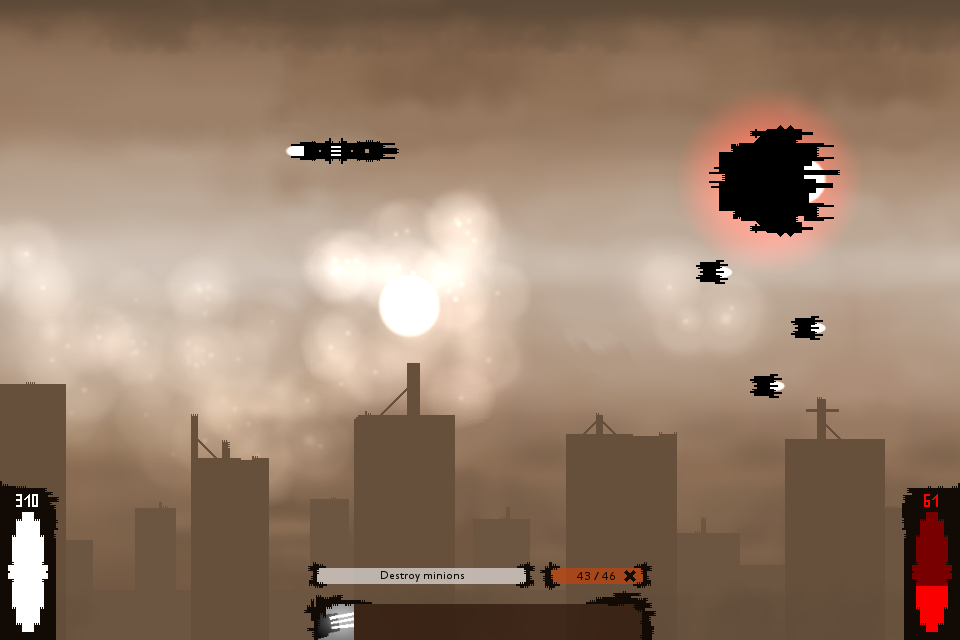 ​By the way, by saying hard mode, I mean that players will be able to turn on hard mode in settings and it will make enemies have double damage and armour, plus they all will have traits, they all will spawn swarmlings when destroyed, snipe, repair, etc. There also will be some sort of reward for playing in hard mode, but I can't decide what yet. Maybe you guys have some ideas?

Oh boy, this sounds fun. As for hard mode... maybe in hard mode, drop freqs for higher rarity items are increased, but not to the point of making it easier?

Really, it's your choice where to take it. Whether people like what you do or not, you'll just have to see. So far, I'm pretty sure people like it. I know I do.