New tutorial, water blocks and some new buildings and decorations!

Posted by CorrectureGames on May 3rd, 2020

Hello!
EA.0.28 is live! Here's what's new since 0.27:EA.0.27 -> EA.0.28
- New tutorial added! Non-english versions coming soon!
- Two old tutorials deprecated.
- Backtracking on how to rotate when plopping buildings. Only scrollwheel is back!
- First iteration of water blocks added!
- Weightier building destruction!
- Additional decorations added.
- Football field added - early game entertainment building.
- Added fountain to one of the decorations.
- Clarified what option is selected in the camera tutorial.- Fixed slow loading times (particularly for tutorials, but overall when starting new challenges, templates or campaign levels) due to replacing old types of blocks to the new smaller block type. Tutorials will be overhauled in the next proper update.
- Fix for stadium and pub showing 0 efficiency
- Fix for weird directory structure for Win 32 build.
- Fix for building info panel displaying over certain ui items.
- Fix for items in save/load window not being properly sized at some resolutions.
- Fix for connection not retesting properly if building was unconnected when loading city.
- Grid now follows the cursor when placing roads.
- Fix for flickery particles (clouds and far away dust in retro modes).
- Fix for blocks not being built on temporary blocks.
- Football field now has correct sound when clicked.
- Removed continuous trade from trade window when there is no customs house.
- Fixed long term trades so they are no available when there is no customs house.- Tweaked colliders for new decorations.
- Changed atmosphere material.
- Changed so that camera can move further outside of the atmosphere.
- Building icon now displayed in building info panel
- Building range now displayed when building info is active
- Window system overhauled to allow for a more efficient code structure when loading icons and to allow multiple windows to be displayed at once.
- Tweaked water shader - added foam.
- Russian localization updated.
- Cleaned up what buildings are available in certain modes. 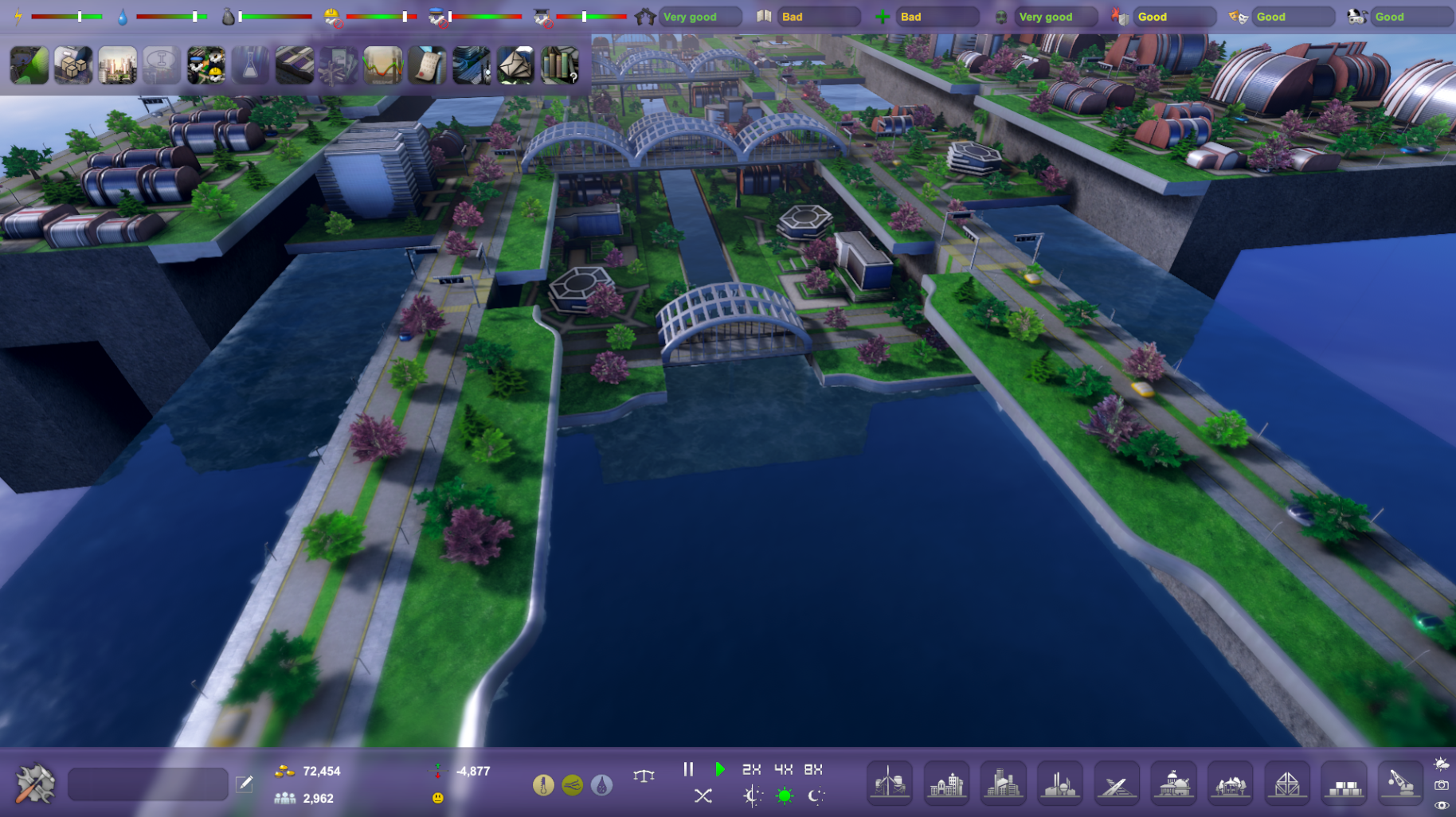 The addition of water blocks is one of the major new features this version. This is the first iteration, so there are tweaks and fixes still to come, but they can be plopped into your city now! 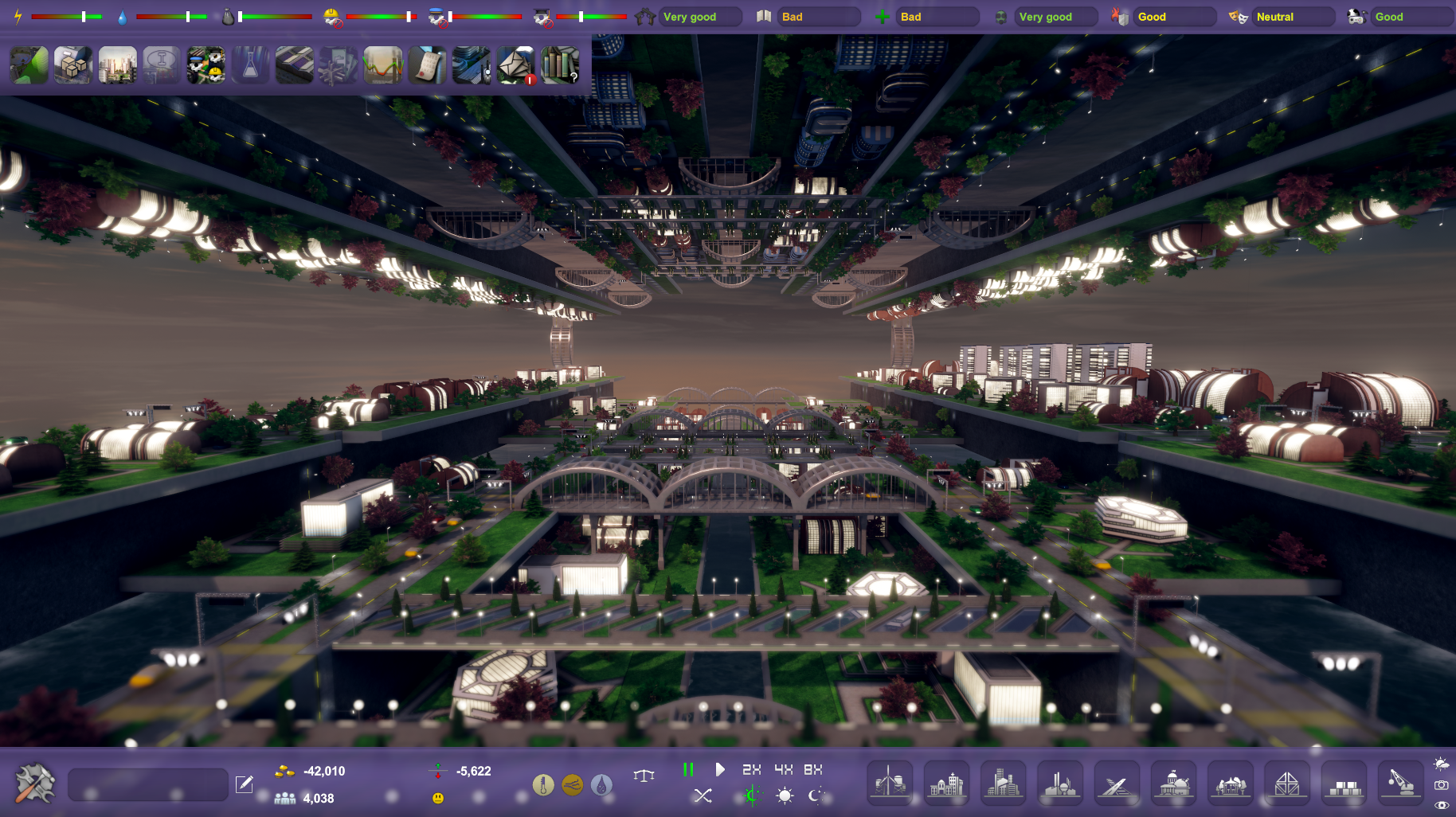 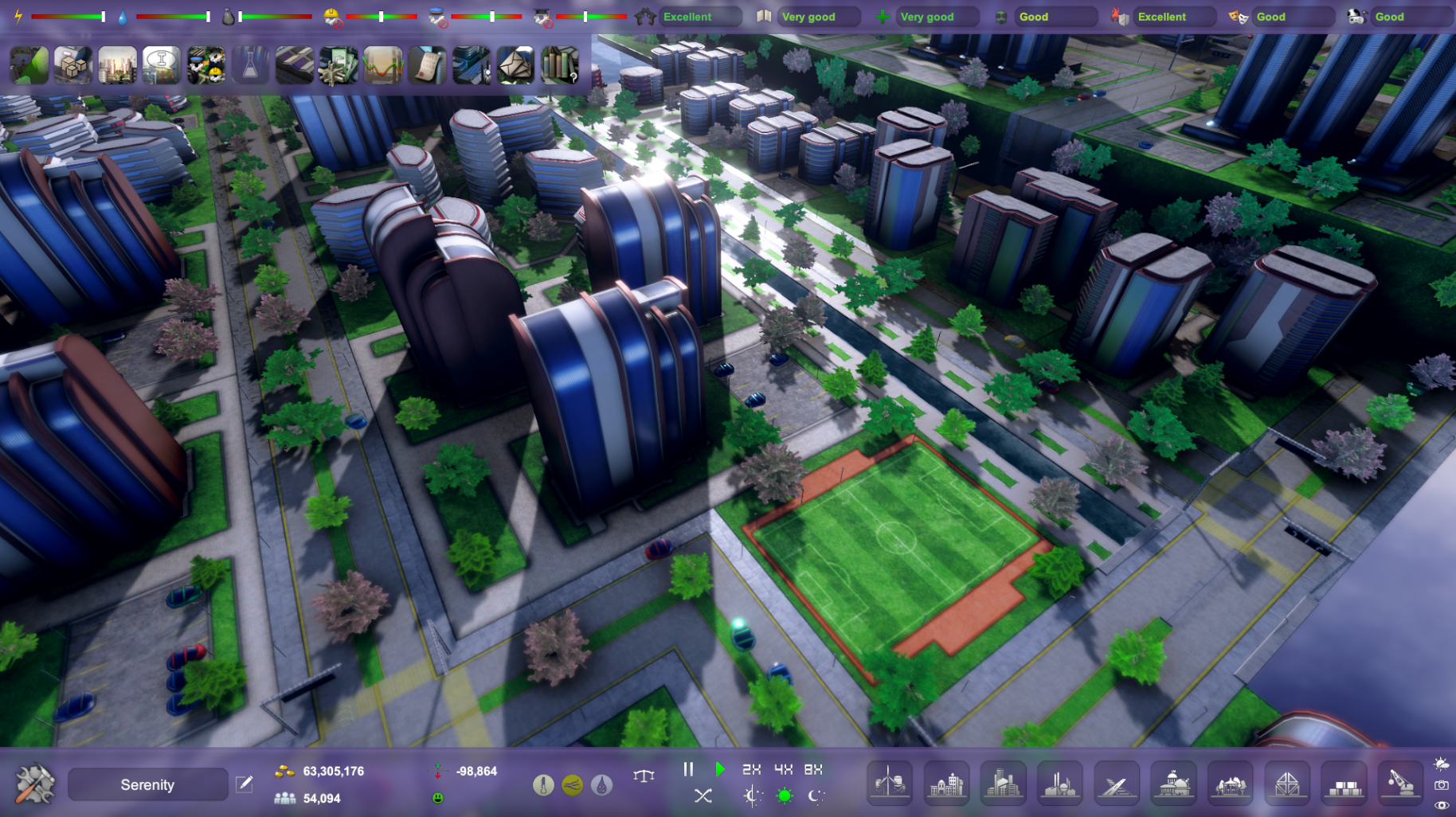 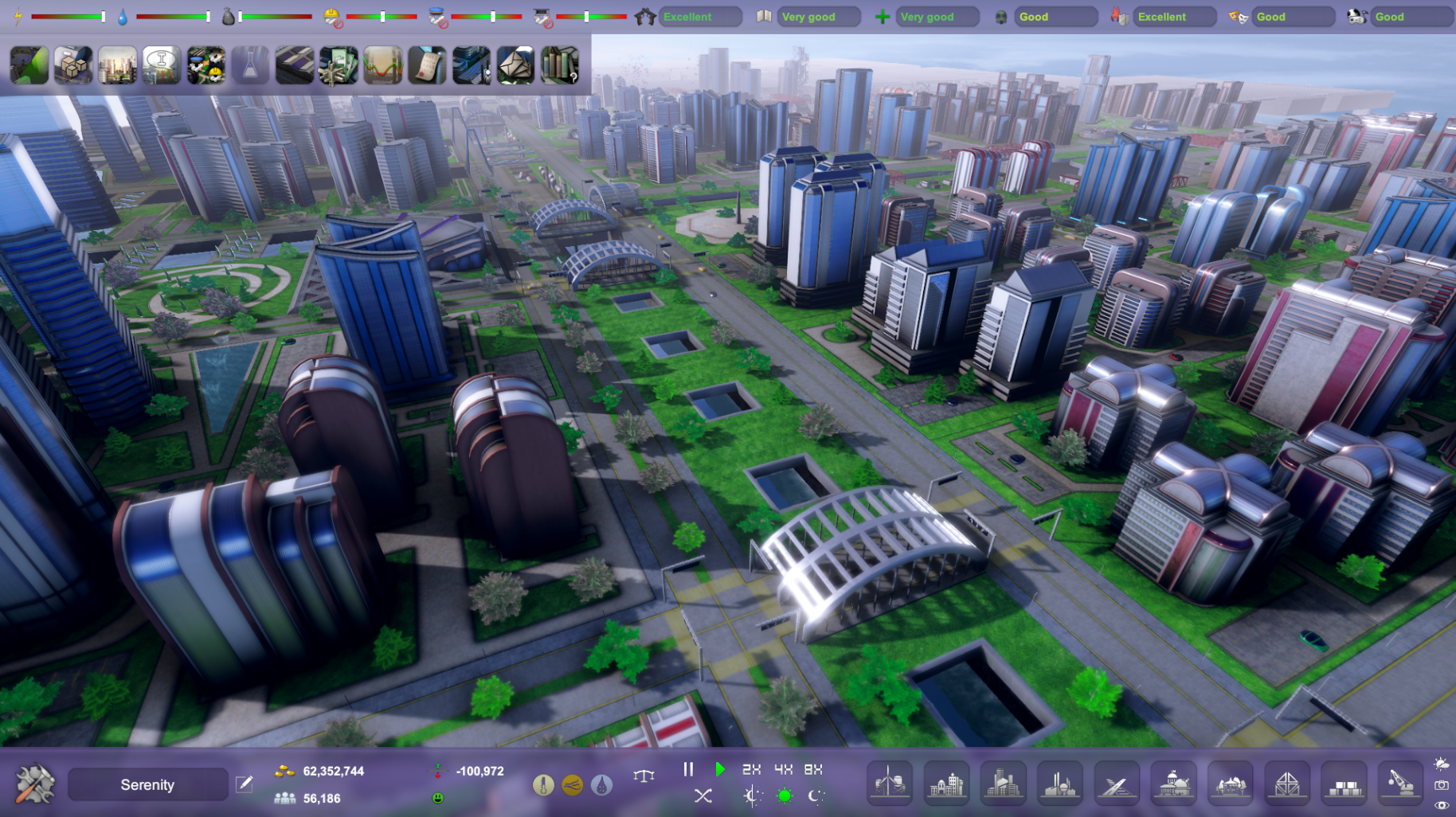 Some new decorations have been added, among them this L shaped decoration that can be used to create grassy overpasses over water or vactracks. 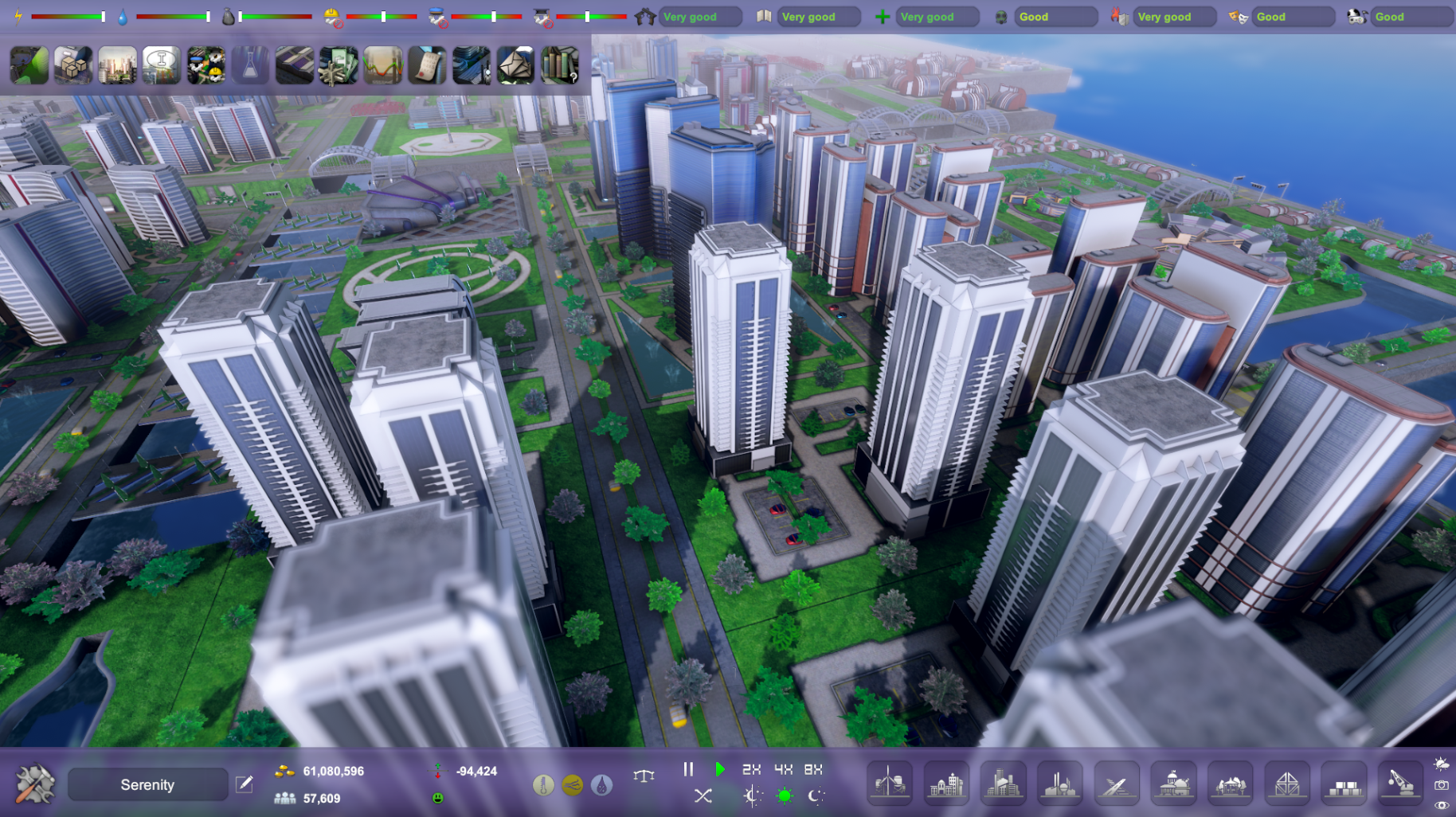 This version also adds a bunch of fixes and minor additions, such as a range display when clicking buildings and the density being displayed in the building info panel.