The Conjurer's Tower is proud to reveal the next major title in it's lineup. (Alright...so there's only one other one in there...but still)

Posted by TheConjurersTower on Aug 14th, 2015

Hello and welcome dear friends and fellow gamers! It is with great pleasure and no small amount of excitement that I introduce to you my next major project; Dwarf Space: Outpost Command!

As you may gather from the title (and the rather cool trailer), you are a dwarf in command of an outpost, in space. Another feature you may have noticed in the trailer is that your duties aren't to be performed in the standard god-view, as is typical in most settlement games from which Dwarf Space draws it's influences (Dwarf Fortress, The Settlers, & Stronghold, to name a few). Instead I have built a side-scrolling action/platforming element into the game, bringing a whole new level of interaction as you work and fight alongside your dwarves while trying to fabricate a massive industrial juggernaut in unforgiving alien-infested space. Pretty cool, no?

The project is in very early pre-alpha, so screens and videos will depict things that are subject to complete overhauls, re-skins, and maybe getting eliminated entirely, but I couldn't contain my excitement any longer and wanted to start sharing the long journey ahead with all of you. 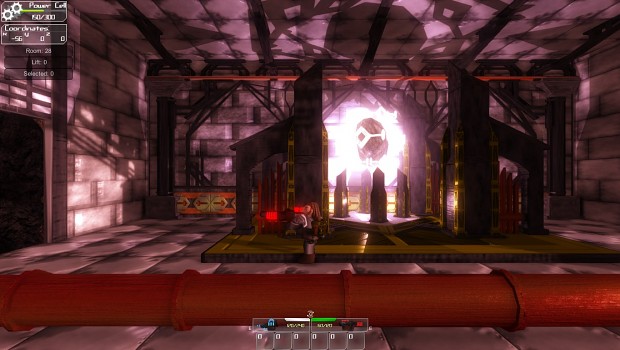 Players will begin with a small outpost with a few dwarves and some basic machines already set up, you will have to begin gathering resources and building up the base from there. Power generation and storage will be an important part of your mission, because the base itself needs power to stay afloat high above inhospitable wormholes, stars, planar warp rifts, and other such anomalies that are deemed too dangerous for industrial exploitation by races who clearly lack dwarven courage (and mead, mead will take you far in the absence of courage). Periodically a ship from the kingdom will arrive and transport what goods you select back home, you will use the coin you earn exporting materials to hire more dwarven workers and soldiers as you build more powerful industrial complexes. Crafting will yield advanced materials, tools, and weapons you and your dwarves will use to expand your base, so you can craft even bigger guns, more powerful drilling rigs and more high-tech crafting stations. There will be a healthy series of industries and dependent industries so you will have plenty to tinker with, for example; you may choose to smelt ingots straight from raw ore or instead you could attempt to get greater yield by constructing purification chambers to process the ore first, which will need chemical synthesizers to fuel their reaction of catalysts to produce more ingots, and those catalysts will need to be processed from distilled liquids that are only found in certain asteroids that require special rigs to excavate! Good times. 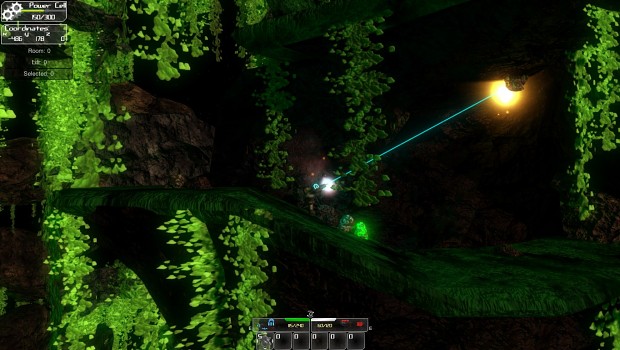 But you won't be alone in space; the chief antagonist your dwarves will face is the Swarm, with hives scattered through most of the locations your dwarves will work, random encouters, raids, and full fledged sieges will make sure you don't let your munitions production line gather any dust. This will also make structures such as advance warning beacons, anti-air turrets, and proximity defense systems a critical part of your outpost once you grow large enough to attract the attention of the Hivemind. Obviously the trailer only featured one kind of swarming enemy, but I have a bunch more planned, as well as biome-specific enemies that will lurk in uncharted space. The Swarm represents the most significant and intelligent threat at this point, though I may add one or two more primary enemies as the development progresses. 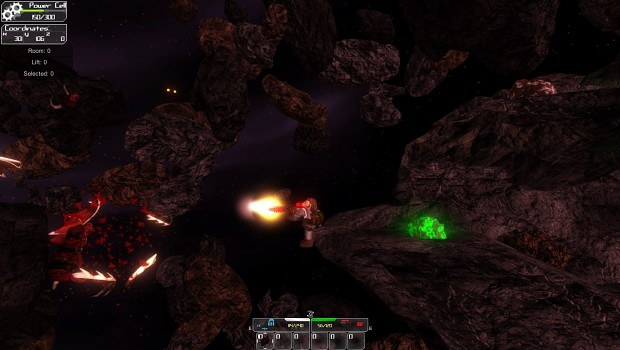 Well that should just about do it for now, follow the game on the social stuffz if you want to hear more about it as it progresses!
Facebook
Twitter
www.conjurerstower.com

Looks pretty good!I hope you succeed by the way this looks like dwarf fortress but in space :3

Thanks! Though I could never hope to mimic the awesome scope of Dwarf Fortress, I do want to try and capture some of the feel, and take it in a new direction.