«Dusktide» is the second major update for our digital board game, dedicated to the struggle Kinmarr guilds against the mysterious apocalyptic cult. 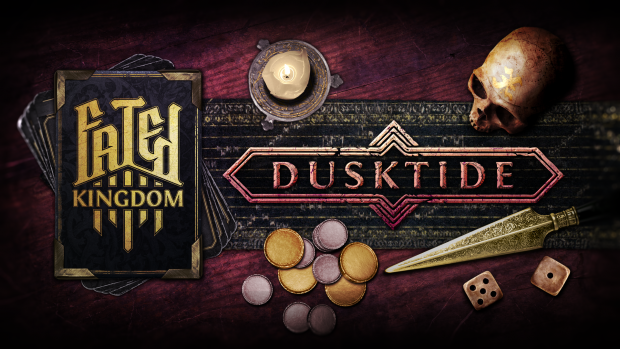 «Dusktide» is the second major update for the digital board game Fated Kingdom. It is dedicated to the struggle of the guilds of of Kinmarr against the mysterious apocalyptic cult. This religious community believes that the Ducktide is coming - the eternal night coming all over the kingdom. Cultists are extremely strong in their faith, and the one who guides them definitely knows more than anyone else. 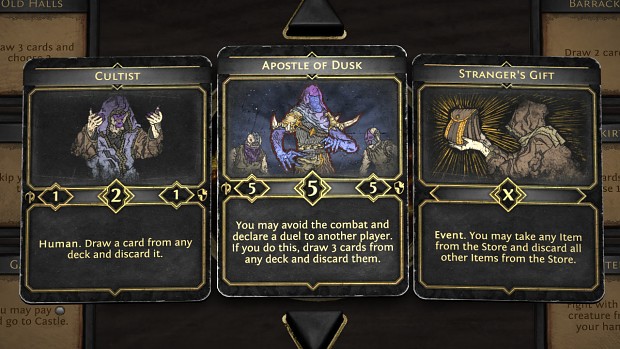 In addition to a large number of new content, we are very pleased to present you with an improved game board. Now it is fully three-dimensional and has side sections for storing cards, coins and cubes. We also made the 3D sphere of Fate and embedded it in the center of the board. But this is only the beginning, later we plan to decorate the board with a luxurious gold ornament and add other improvements. 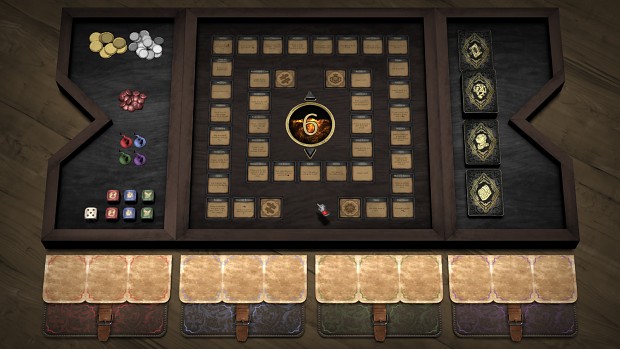 The consequences of the undead invasion under the leadership of the rebellious Gothric the Connetable were terrible. The living dead slaughtered people in entire villages, and one of the cities off the coast turned into ruins. The mourning declared by the king did little to help the thousands of families who had suffered heavy losses. It seemed that endless sorrow soaked the air and even the very land of the kingdom of Kinmarr.

Caught in such a distressful situation, people often turn to higher entities for help. Thus, the Cult of Dusk was born - a religious group preaching the approach of the end times. The inhabitants of the kingdom saw with their own eyes the horrors of war, and therefore willingly joined the ministries in exchange for forgiveness.

Perhaps this could have been avoided if the rulers of Kinmarr had immediately suppressed the sect, but it was lost among many other threats. Now cultists are everywhere: the streets are whispering about the doomsday, and dangerous religious artifacts have flooded the black market. Even among the guild members there are believers of this new religion.

Now there is only one way to stop the cult - to hit his very heart and kill the Apostle of Dusk! 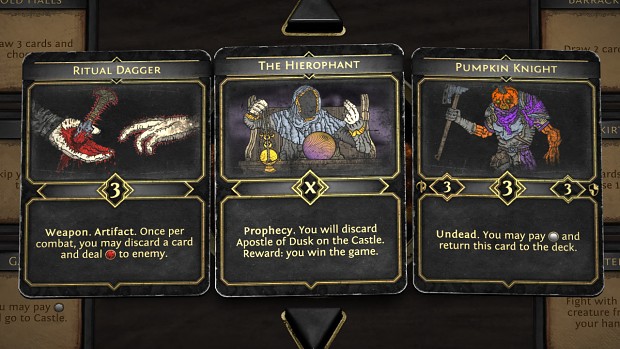 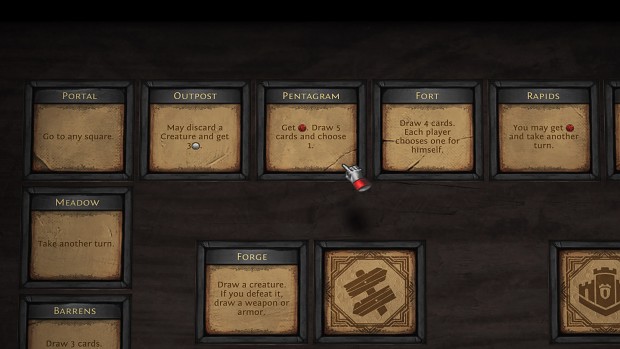 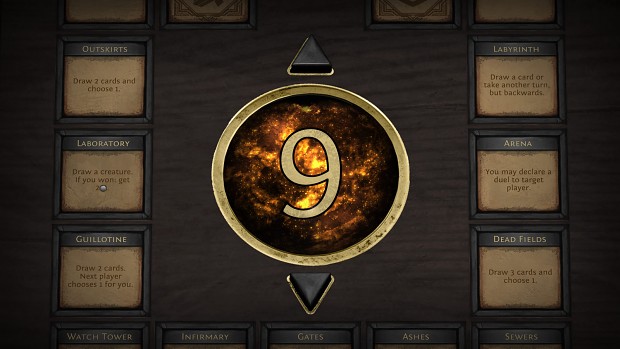