A month has gone by, so I'm here to update you all on what we're up to.

The persistent Dungeons of Daggerhelm issues have been slowly clearing up over the past few weeks. I'll go over a brief summary of each individual change coming to the game available in the next playable demo, v0.09, which will be released following the completion of the first Act of Story Mode: Paladin.

I have redesigned the format of the monster spawning algorithms and systems to better streamline the game play, reduce lag and shorten load times. As it stands in the current demo, monsters spawn randomly all over the zone with no real control over over where they pop up, how they appear, and what difficulty the random clumps of enemies are. In v0.09, you will notice a slight change in this system, where a large group of enemies spawn in close proximity to the player, periodically, rather than all over the map all at once. This allows for greater spans of play, less dull moments, and occasional spikes in monster amounts if the player becomes too careless.

The Pause menu has been altered drastically to include interactive buttons (that work).

Instead of hitting keys on your keyboard to get the dang thing to work, you will be able to click on the buttons!

While not an outstanding issue, it is a feature that I've been wanting to include for some time now and may offer a bit of depth to the game that players crave.

Clicking on the difficulty you wish to change to will alter the game depending on fairly straightforward values. 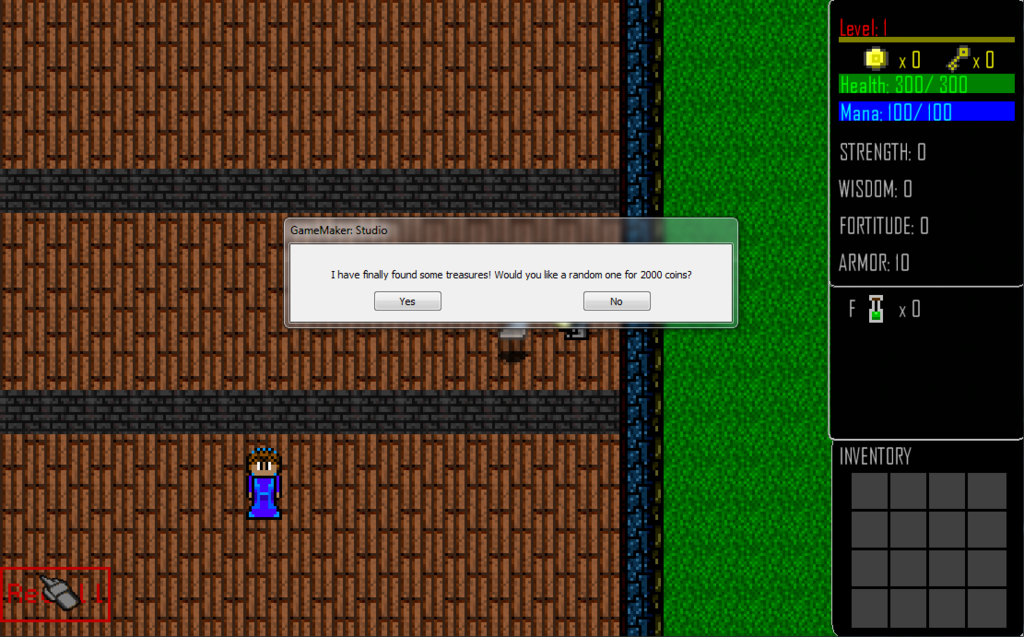 So instead of the gold coins you collect when killing monsters being completely 100% useless, you can now use them to purchase a randomized piece of loot from Astor. This means you have a 100% chance of getting an item. However, what item will you get? And what rarity will it be?! May luck be on your side.

The minimap radar utility has been moved and shrunk to a more usable size and location. 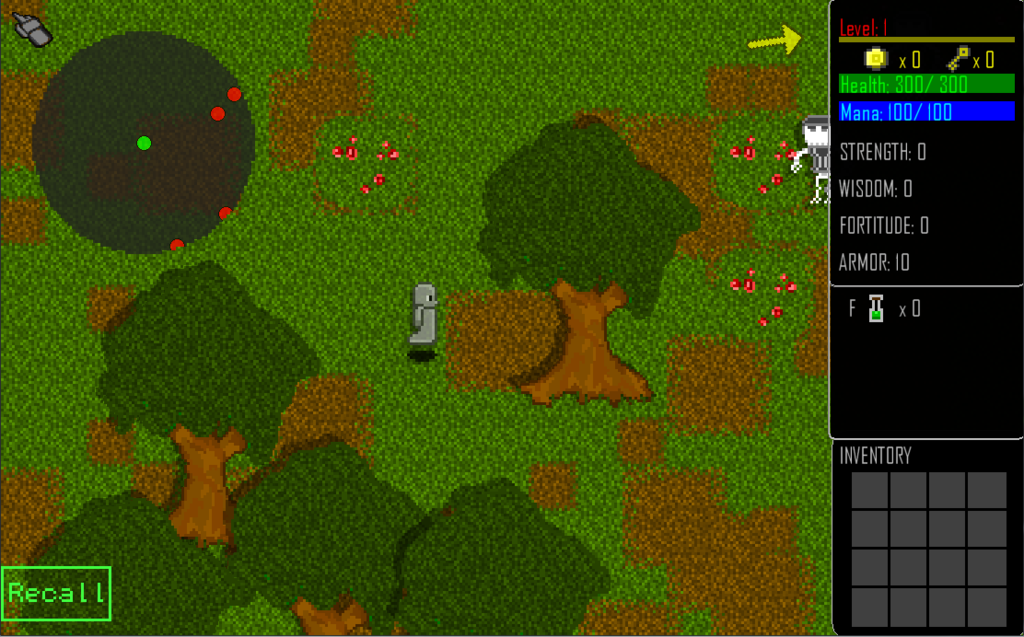 It operates in the same way as it did before, except as a non-obtrusive circle in the top-left corner with red dots signifying that enemies are nearby. To bring it up or remove it, press M to toggle on or off.

I now have exactly 100 items planned to be in the game when the v0.09 demo is put here on IndieDB. I am keeping track of my progress via a spreadsheet containing all of the info I need to make sure each item works, which includes scripts and sprite creation. I currently have most of the sprites drawn, but the code still needs to be written for at least 60 more items (which is just a matter of cut-and-paste, but still time consuming).

Act I: Paladin is currently being created, planned out, laid out, and drafted. What does that mean? Essentially, I plan on having the first chapter of the story centered around the Paladin class, lone clerical heroes who protect Light's Bastion City from invasions. Players will need to complete tasks and quests, much like in MMOs or RPGs, in order to advance the story. The Paladin the player controls is seeking to carve his own story into the massive plot of Dungeons of Daggerhelm and he needs your help to do so.

Here is a screen of my progress in building the Light's Bastion City. 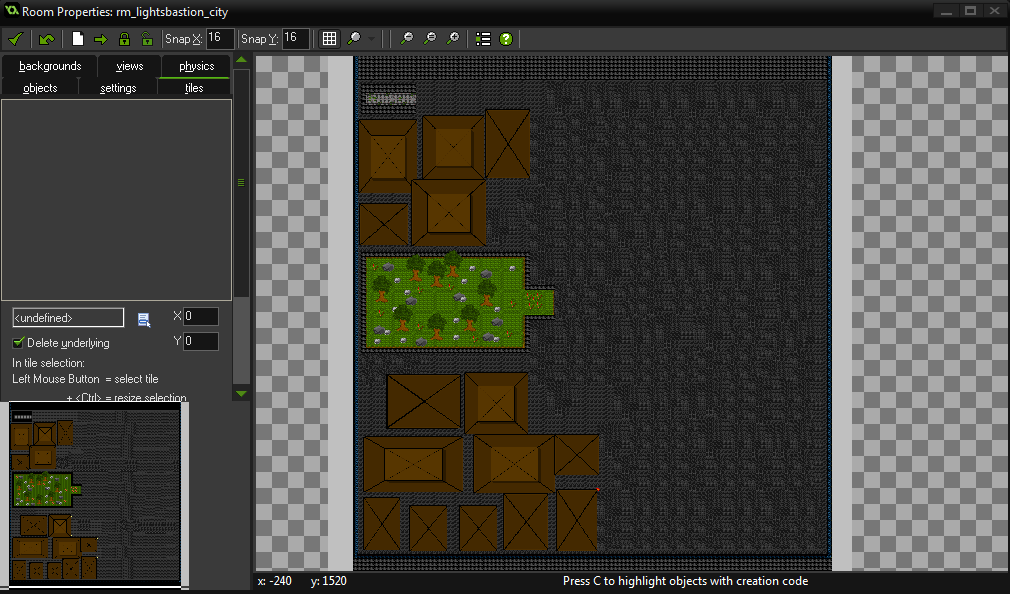 The city is huge, containing dozens of explorable houses, gardens, and will feature a massive cathedral in the center (eventually). I'm about half finished building the city and only just getting started on the quests and missions.

I hope this news reaches you well. Stay in the loop and have a good day!