A brief look at two of the initial character choices in the action dungeon crawler.... the Dungeons of Castle Madness! 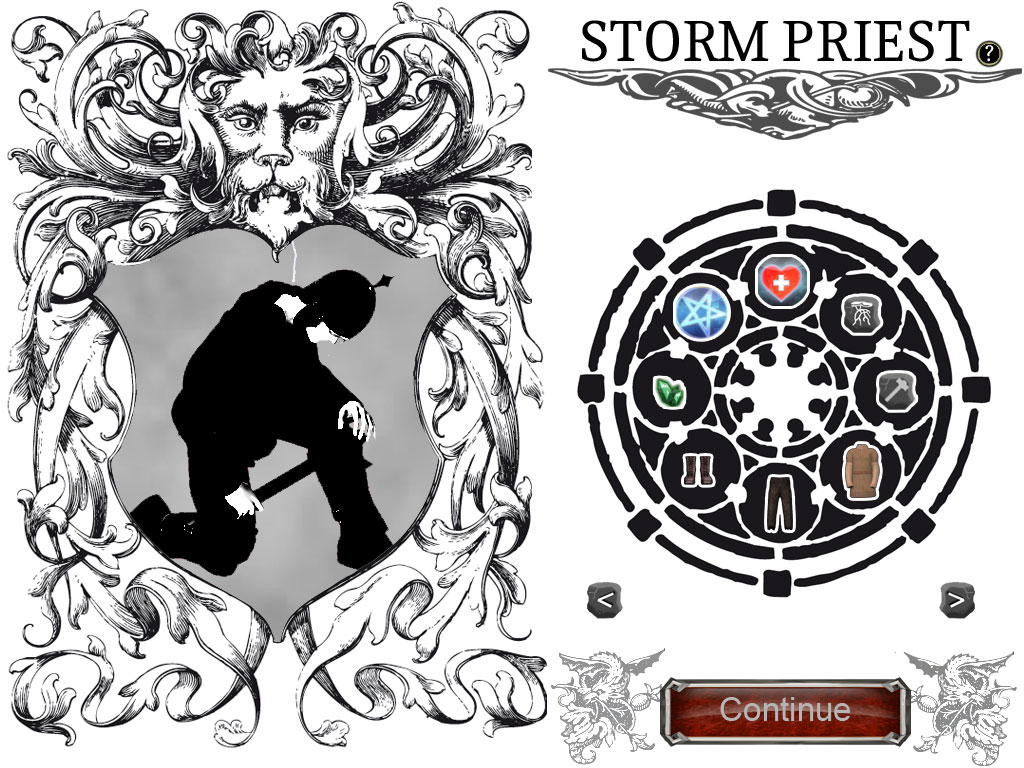 This is the Storm Priest. The Storm Priest knows the Storm Force spell, skill with blunt weapons such as hammers and clubs, 600 points of health and 500 points of mana and 1 point of mana regeneration. The Storm Priest begins the game with a tunic, trousers, traveller boots and a greenstone. The items are all armour of Rank 1, as all clothing based armour is, which means they do not provide much protection and have little durability. It's a priority in game to switch these out for better versions as early as possible. The Storm Force spell is an auto-aim ranged attack spell that can be cast rapidly to fry foes, while the hammer skill provides bonus damage to this weapon category in melee combat. The health is high enough to allow the wearing of medium armours (which run right up into Plated Mail) and the mana is very high for a starting character. The greenstone can be exchanged with gem men and the mysterious gargoyles for protective items. 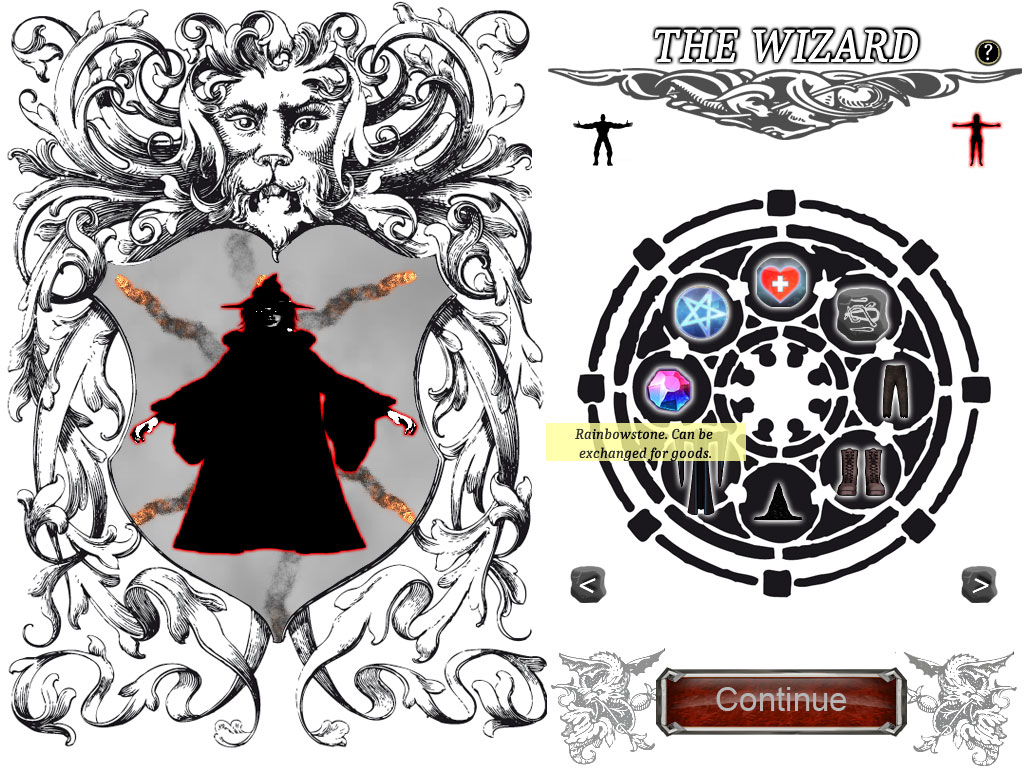 This is the Wizard choice, depicted here as a female. The Wizard knows the Bolt spell, has 500 points of health, 500 points of mana and 3 mana regeneration. The Wizard begins with a brass-lined robe, a pointy hat, traveller boots, a pair of trousers and a rainbow stone. As with the storm priest, most of the clothing here is Rank 1 armour and very poor. However, the brass-lined robe is Rank 2 armour and somewhat better in terms of protection. It also provides +1 mana regeneration, as does the pointy hat. Being brass lined means the robe can also be repaired (or even upgraded) using a metal ingot. The Bolt spell is a powerful ranged attack that summons multiple bolts at higher ranks (up to 6, in fact!). It is a spell that deals good damage but it does have to be aimed to be on target. The rainbow stone can be exchanged for weaponry. The Wizard may wish to try to get a wand, which will also boost the mana regeration rate further, useful for Ranked up spells which cost more mana and are more effective. The health is initially very low, however, and limits the Wizard to light armours only such as Scalemail. Of course, the Wizard may wish to stay with the robes as these do boost mana regeneration rates.

So, there we have a little insight into the game the Dungeons of Castle Madness, which you can find here:

Please vote for us and help get the game onto Steam.