Dungeon Memory, the casual memory game with a twist has seen a major overhaul. The game that started as an exercise in game design has come quite far and is now a working prototype. 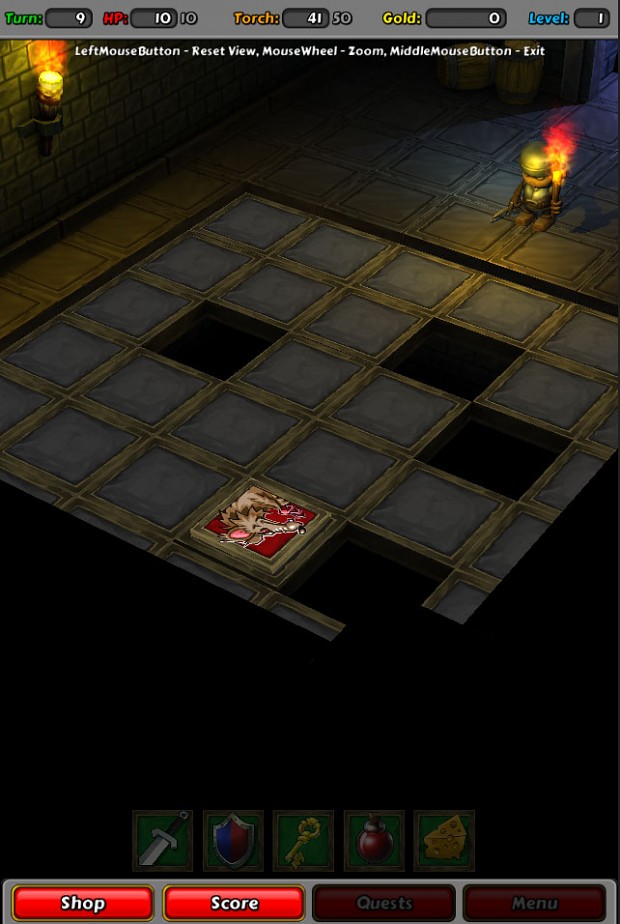 Link to Dungeon Memory webplayer
Dungeon Memory, the casual memory game with a twist has seen a major overhaul.

The game that started as an exercise in game design has come quite far and is now a working prototype.

I wanted to take the most simple and boring game that almost everyone in the world knows and try to improve/complicate it a bit.

I started working on this game in 2011 when I was undergoing chemotherapy for treating peretoneal cancer, just to have something positive to focus on when I had my "good days". After going through extensive surgery and some more chemo, I thought I was cured and I returned to my normal day to day freelance work and the game was put on hold.

Six months later, a metastasis the size of a grapefruit was found in my liver.
More chemotherapy and virtous surgery was performed on my body by Swedens (and probably the worlds) best liver surgeons during christmas 2012. Now I am in preventive chemotherapy (21 sessions down, 3 to go) and have returned to visit my old friend Dungeon Memory again.

A normal memory game just removes any paired tiles/bricks. In this game you need to chain certain tiles to be successful. Also some simple RPG elements have been introduced to the mix. Monster tiles are very dangerous and will drain your HP unless you find a SHIELD. You can't remove monster tiles (and get their loot) unless you have first found the SWORD. A Chest can't be opened unless you find a KEY first.

The goal of the game is to get as far down in the dungeons as possible and to collect the most gold.
As the game is developed further, "Quests" will be added that bring certain benefits when completed.
Each turn drains TORCH. When TORCH or HP reaches zero, the game is over and the player needs to start from level 1 again.

In the current prototype stage the game is "open ended" and will use the same tiles randomly over every level, but the idea is that every level will be unique with its own "Quests" and content. For instance a level might consist of only traps and an exit. To finish that level, a player would have to have stocked up on potions or be very lucky and pick the exit pretty fast. Alternatively one can summon a SHOP at any given time and sell items or even attributes such as HP LIMIT to survive a bit longer. Using the SHOP to prolong the game will be crucial to succeed. I would like the final game have a "Quest Mode" of 100 levels and an open ended mode like the prototype, but with some more variation.

The game has a funky aspect ratio that came from the notion to make this an iPhone game, but now I realize that the game would be quite unplayable on such a small screen. When I revamp the graphics I will make it for 16:9 format or 4:3 to fit tablets and monitors. Therefore the game only is available as a "unity webplayer" until I sort out the new format.

As I am musically ungifted, I have stolen almost all of the sound effects from the various zelda games as placeholder sounds. It is a prototype, not a commercial game, and I hope Nintendo will forgive me.

If you find this game interesting please try and comment on it or the ideas I have outlined here.