Dungeon Fray 0.8 has been released with new features and fixes.

How enemy movement works in this game?

Some concerns were raised in comments about enemies not moving in combat. Below is a brief explanation of enemy movement in game. 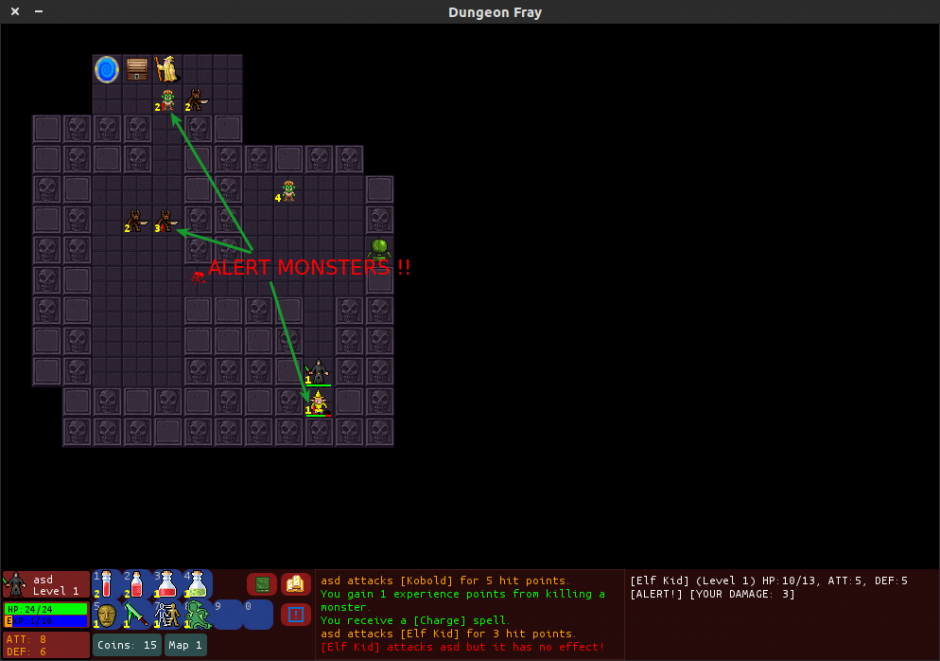 Why enemy movement is not similar to other roguelike games?

All monsters are static by default as the game aims to be a mix of rougelike/puzzle gameplay. The game doesn't want you to be on toes all the time but rather it focuses on choices you make and how well you spend your resources (coins, spells, bots, blessings etc.)

Unlike other roguelike games, the game has no camera, minimap and scrolling. You will always get a bird's eye view of entire dungeon. Moving enemies in small dungeons would make things messy as there will be less room for hero to escape. Plus the game aims to be fast paced, where a dungeon can be cleared under 10-15 minutes.

Any suggestions/comments are welcome.