WHATS NEW
Hi all, I wanted to let everyone know that I have been developing another drone game however this will be a new standalone release. I entertained the idea of a top down shooter version of the game a while back but never executed it. Development for the new game started around May/June of 2017 and I can't wait for the community to play it. 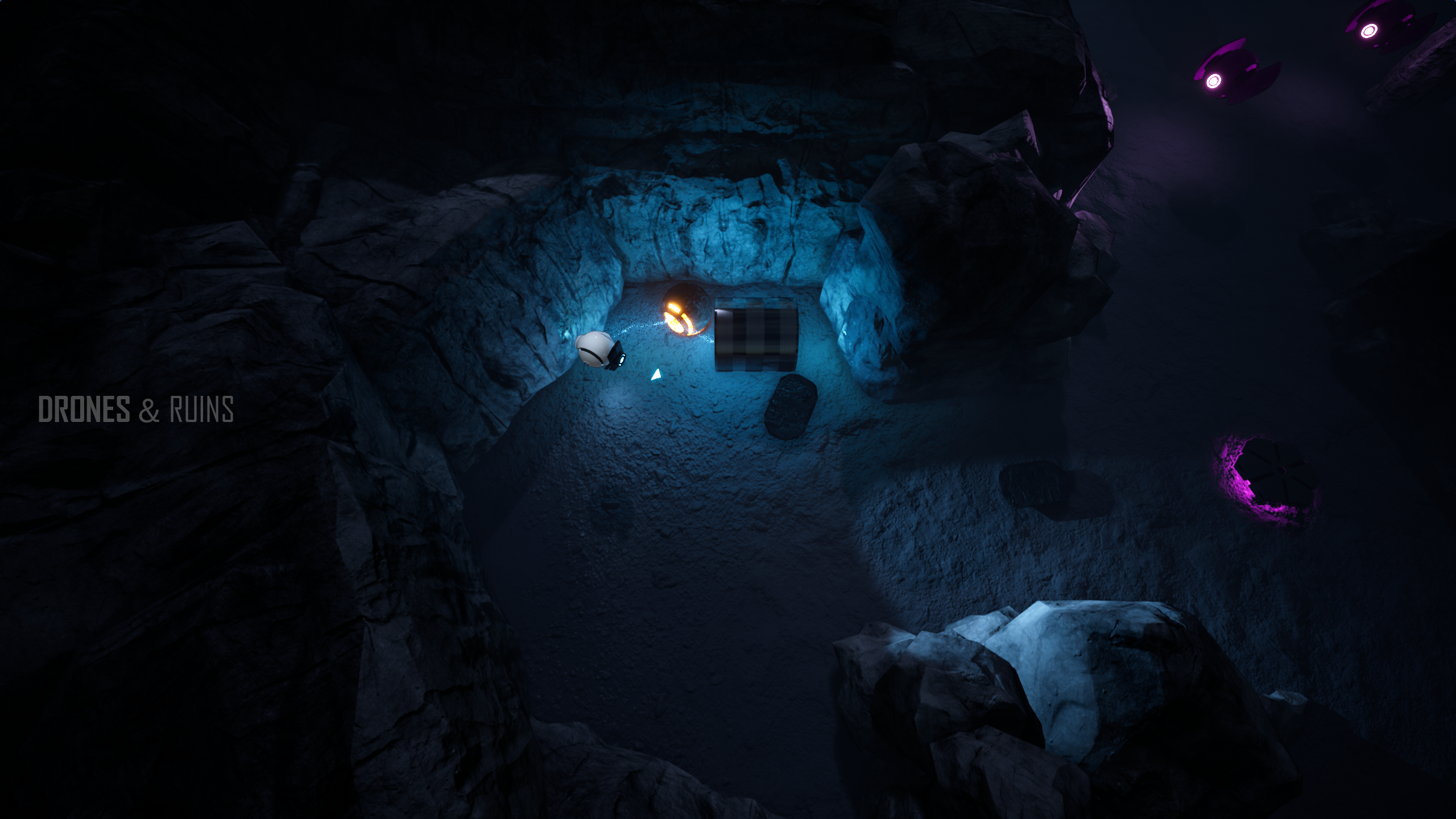 DEVELOPMENT PROGRESS STATUS
A huge amount of work has gone into it already so I believe it may be completed before spring 2018. This time around it has been easier because I have a decent amount of knowledge regarding how the game engine works. Although I am always learning, I am able to spend more time developing. If I had to give a percentage of how much is done, I would say roughly 80%.

Here is a list of what is currently on my plate (in no particular order): 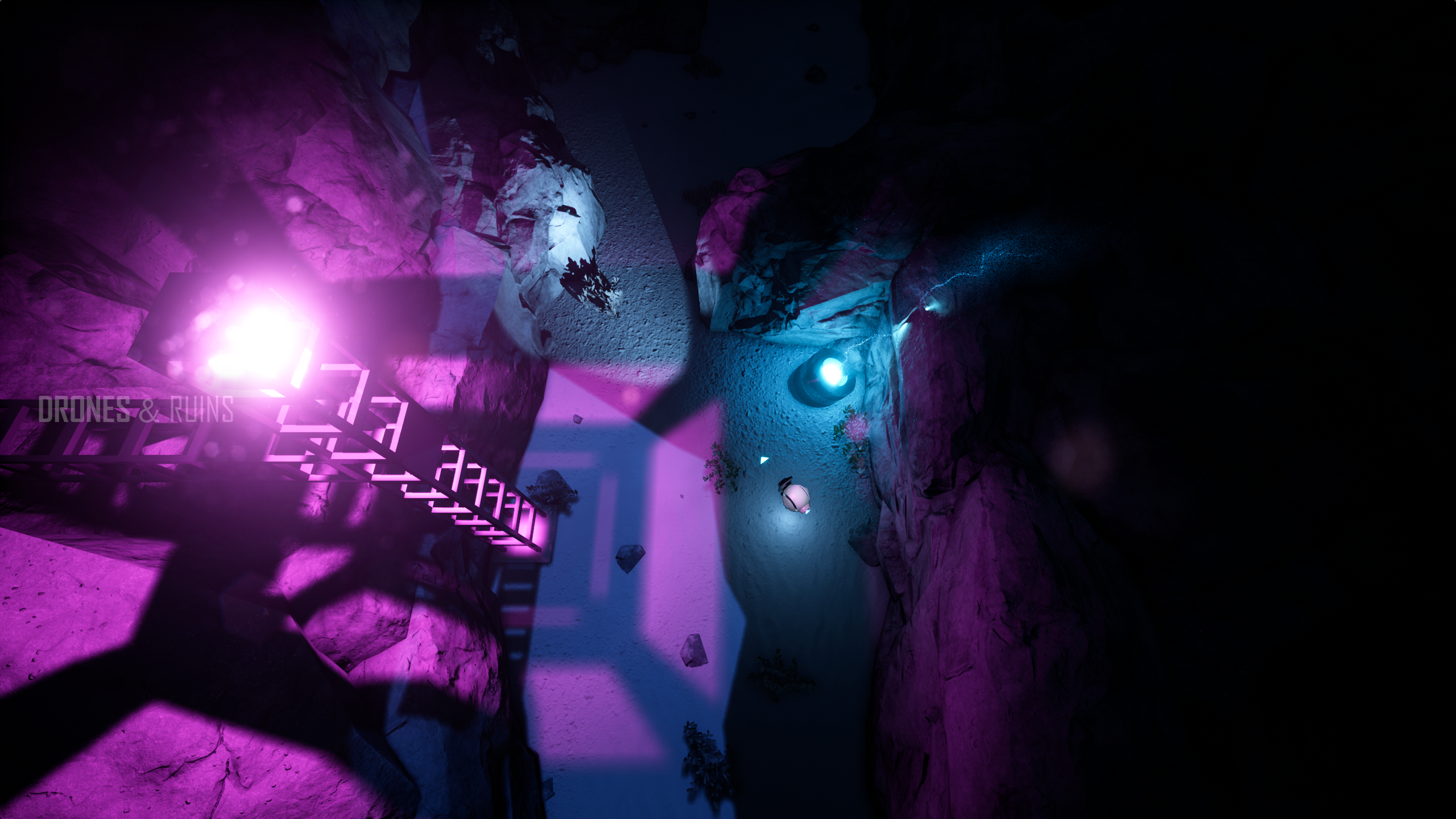 POSTMORTEM - DRONE ZERO GRAVITY
I learned a great deal after getting feedback from everyone and I appreciate all the support. A huge lesson was learned from the last game and I want to share that insight with you. For my first game, I thought that difficult games were what people wanted after seeing success from other difficult games at that time. Although this is very true, I interpreted this the wrong way with developing a difficult game. The entire time I was looking for ways to trick the player however you can't do that and have other underlying fail states to cause the player to start the level over. I feel like my mentality was all wrong when I made Drone Zero Gravity and it all boils down to the angle I should have come from as a developer. 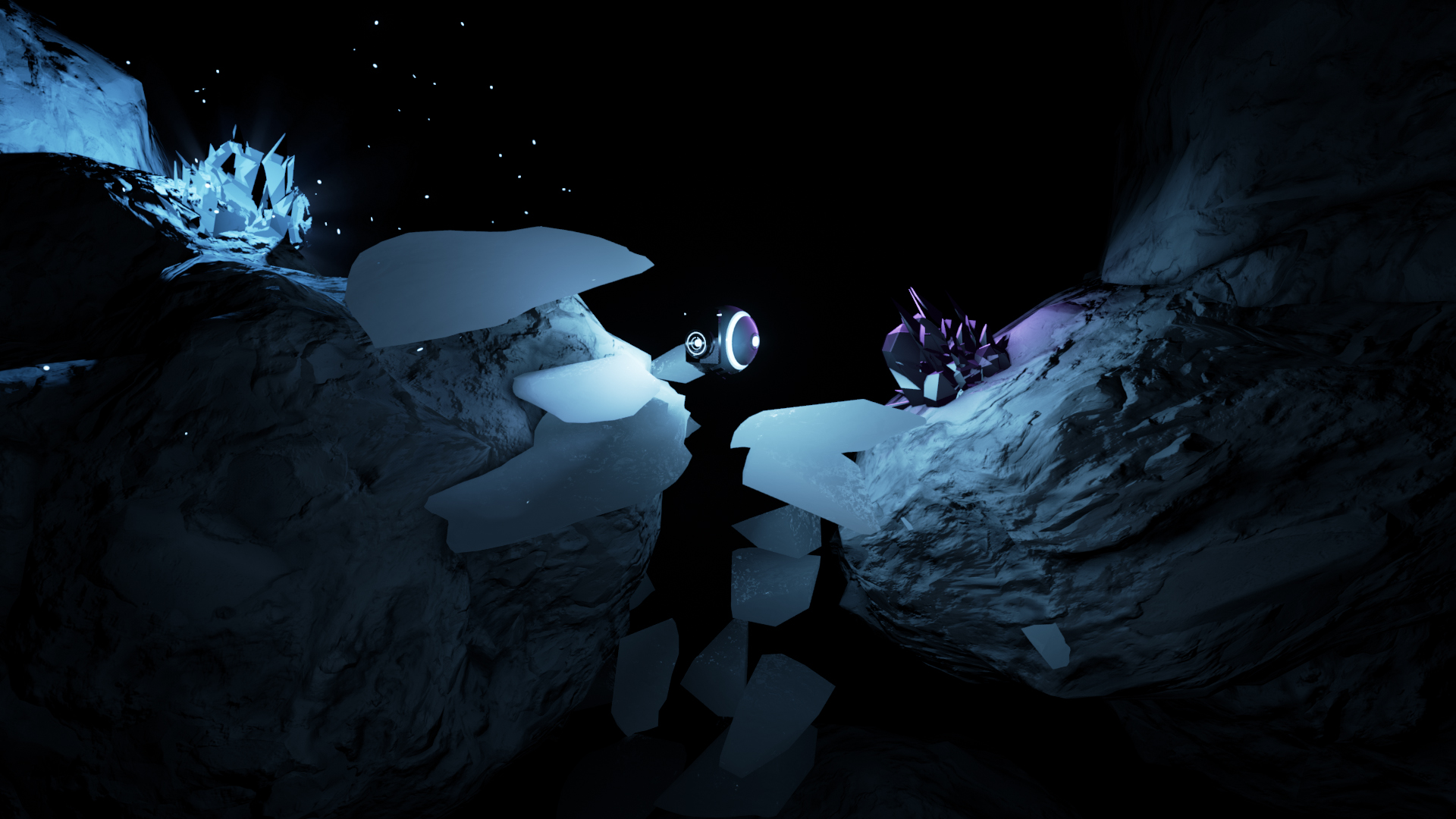 When creating a difficult game world, I was more focused on how to deceive the player in a difficult game world instead of how to empower the player in a difficult game world. One mechanic that made the game more frustrating than fun I believe was the energy fail state. I believe that this hindered players from exploring because the energy system acted as an artificial timer without having an actual timer. That was not my intention but looking back at the system in place I believe that is what it became. Not that this could be entirely a bad thing however special care could have been taken if realized earlier. It is extremely difficult to change a game mechanic once it is in place because the game revolves around it. Some aspects you can change but integral parts will break your game in more ways than you can imagine. Imagine taking the original Mario Bro’s and decreasing how fast Mario can run because someone feels he is going too fast, now you run the risk of jumps that can’t be made and levels that can’t be beat.

I became an artist first, then a game developer, and as an artist I don't want to have a wall that blocks the player from exploring new areas because I want the player to see those new areas. The ability to overcome obstacles is what gaming is all about. I want the player to visit a new world, feel like a badass and forget about any other problems that might be on their mind at the time.

This game will still be challenging but not in a deceiving way. This shooter will require some patience and a little bit of thought regarding which enemy should be taken down first. This doesn't mean I won't throw in a surprise or two to mix it up for the player however tools and progression will be in place for the player to overcome those challenging obstacles. If there's going to be a challenge, I must increase the fun factor so if a level is repeated a couple of times, it's still worth the players time. Although there was some disappointment, I am still proud of the work I did.

DIFFERENCE BETWEEN THE OLD AND THE NEW
This is a completely new build of the game with an updated game engine version utilizing Unreal Engine 4. Below is a list of some differences from the last game. 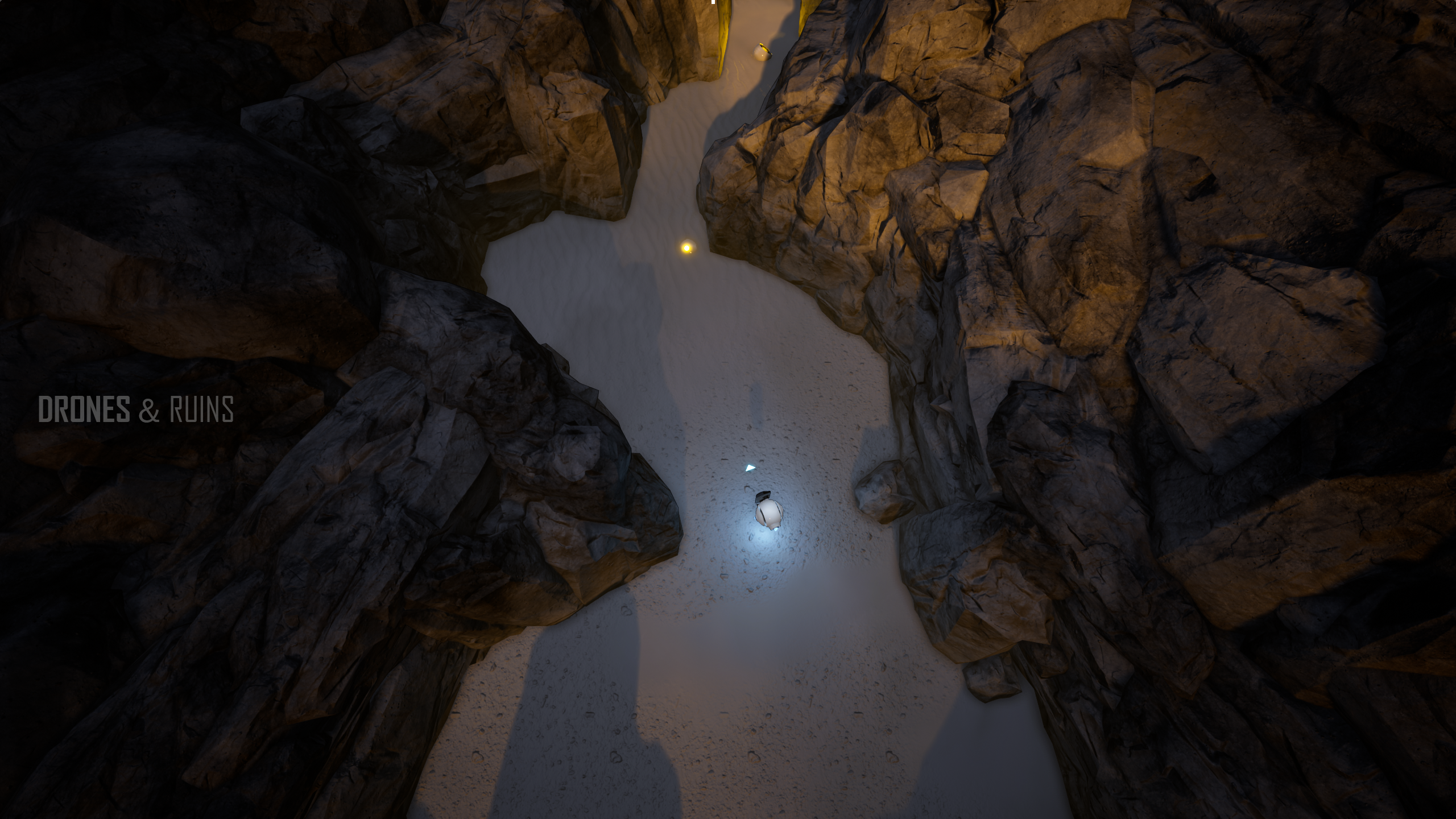 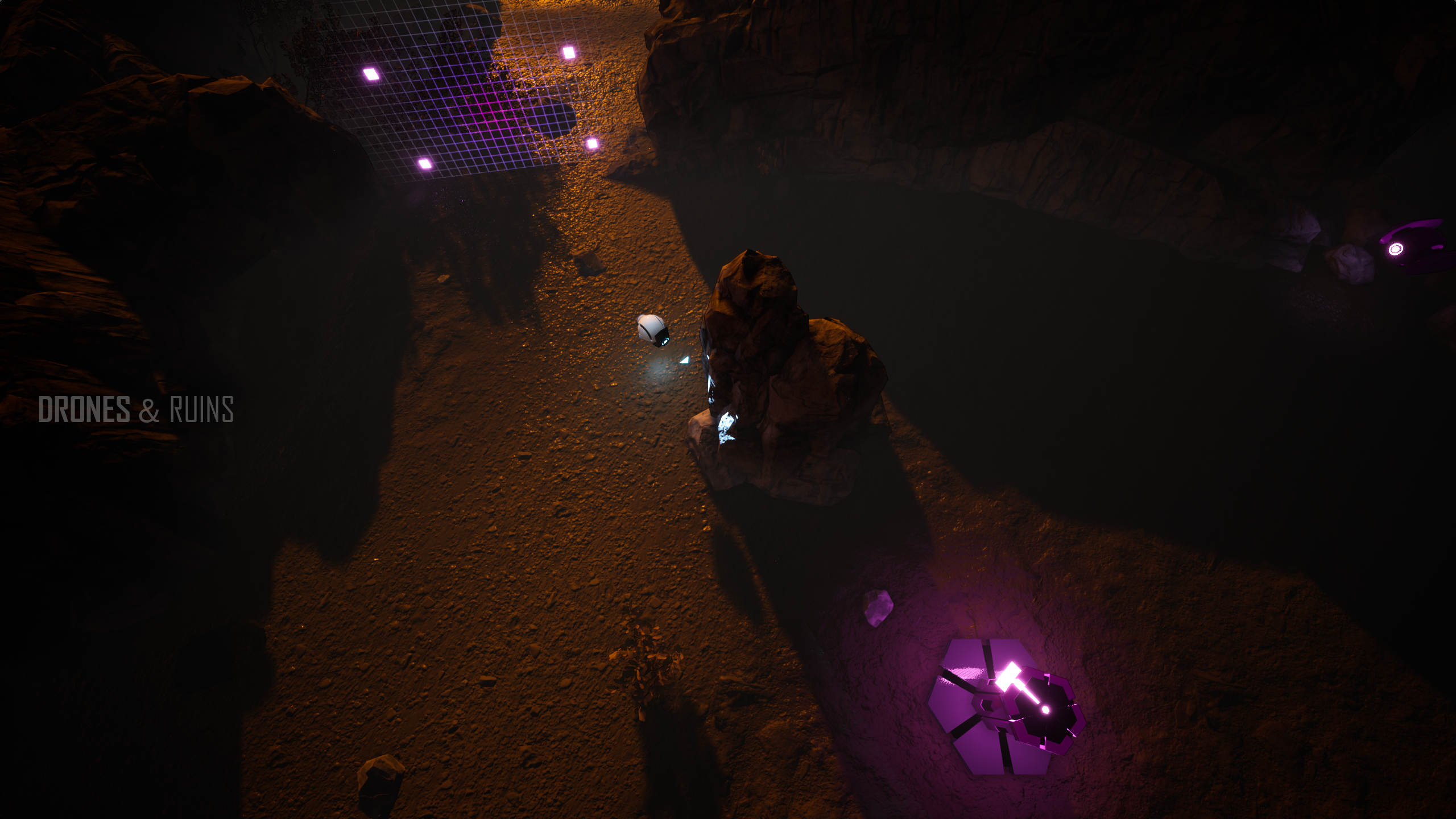 to create a sense of time passing throughout the stages of each chapter.

THAT'S ALL
That's it for now, I look forward to sharing Drones & Ruins with the world this year. Hope to put a smile on players faces through the use of challenging gameplay, art and music.