Terraforming Earth's first major update is out now! Drones bump up the complexity of the game in a major way, representing new hazards and enabling new puzzle types.

By the end of the 21st century, Alfabeta Inc. has achieved its mission statement of organizing the world's matter and making it universally accessible and useful. Their algorithms have long figured out what everybody needs at any given time and so the vast majority of humans have signed up for Universal Matter Subscriptions, whereby Hermes Global Cargo Drones automatically fulfill every material need and desire 24/7.

After the global extinction event of 2087, nobody's around to cancel their subscriptions so the drones are roaming the planet, fulfilling orders on autopilot.

Like EPA's trusty landscaping robots, cargo drones are both your friends and foes at the same time. They are very dangerous to hang around and introduce many tricky situations that you can only overcome by positioning your robots carefully. However, you can also exploit the drones by jumping on top of them to fly around and reach higher places. Drones thus enable and introduce many new types of puzzles, which combine with the basic puzzles of vanilla Terraforming Earth in unexpected ways, massively expanding the experience.

We have been playtesting Drones for three months now and we are quite happy with the variety and the extra complexity they introduce to the basic game. They also really highlight the roguelike-like aspect of the game, where mistakes have grave consequences and you have to think quickly to stay alive.

INTERPOLATION: WHERE YOUR CANDID GAME DESIGNER IS TRYING TO FIGURE OUT WHO THIS GAME REALLY IS FOR

This leads us to the realization that Terraforming Earth is not really a game for traditional puzzle lovers who like to take their time figuring out the puzzles at their own pace. Time pressure and dangerous things chasing you have gone out of vogue in the puzzle game genre for very good reasons. Solving the same puzzle level twice is excruciating, so killing the player and forcing them to restart is a very bad game design pattern indeed.

However, Terraforming Earth's level designer AI invents a whole new genre of puzzle games: the Roguelike Puzzle-Platformer. Since each level is freshly baked in your computer just for you, I can get away with making your life challenging and introducing permanent failure. By failing to solve an unfamiliar situation, you have learned an important lesson about the game (and the real world), which makes your following runs more manageable and that much richer. So and since each run is new and unique, there's no excruciating repetition. Just nearly endless learning and training your pattern-matching circuits for this game in particular and your problem-solving skills for life in general.

Terraforming Earth might not appeal to most traditional roguelike fans either, is what I'm grappling with lately. Since the combination of puzzles requires a fair amount of deliberate thinking, you can't rely on instinctive skill-of-hand alone to complete levels. Instead of simply getting good at combat you have to expend precious cognitive resources every time, in every situation. It's more like chess boxing where you have to master two wildly different disciplines to be successful. Like chess boxing, Terraforming Earth will likely have a very niche audience. After all, who on Earth enjoys pondering optimal chess moves while getting pounded in the ring? Who on Earth enjoys finding their way through intricate mazes while being chased down by deadly drones and nanobot swarms?

I do. I really do. And you might, too. We have no idea. This is a completely new gaming genre and it doesn't have a target audience yet. 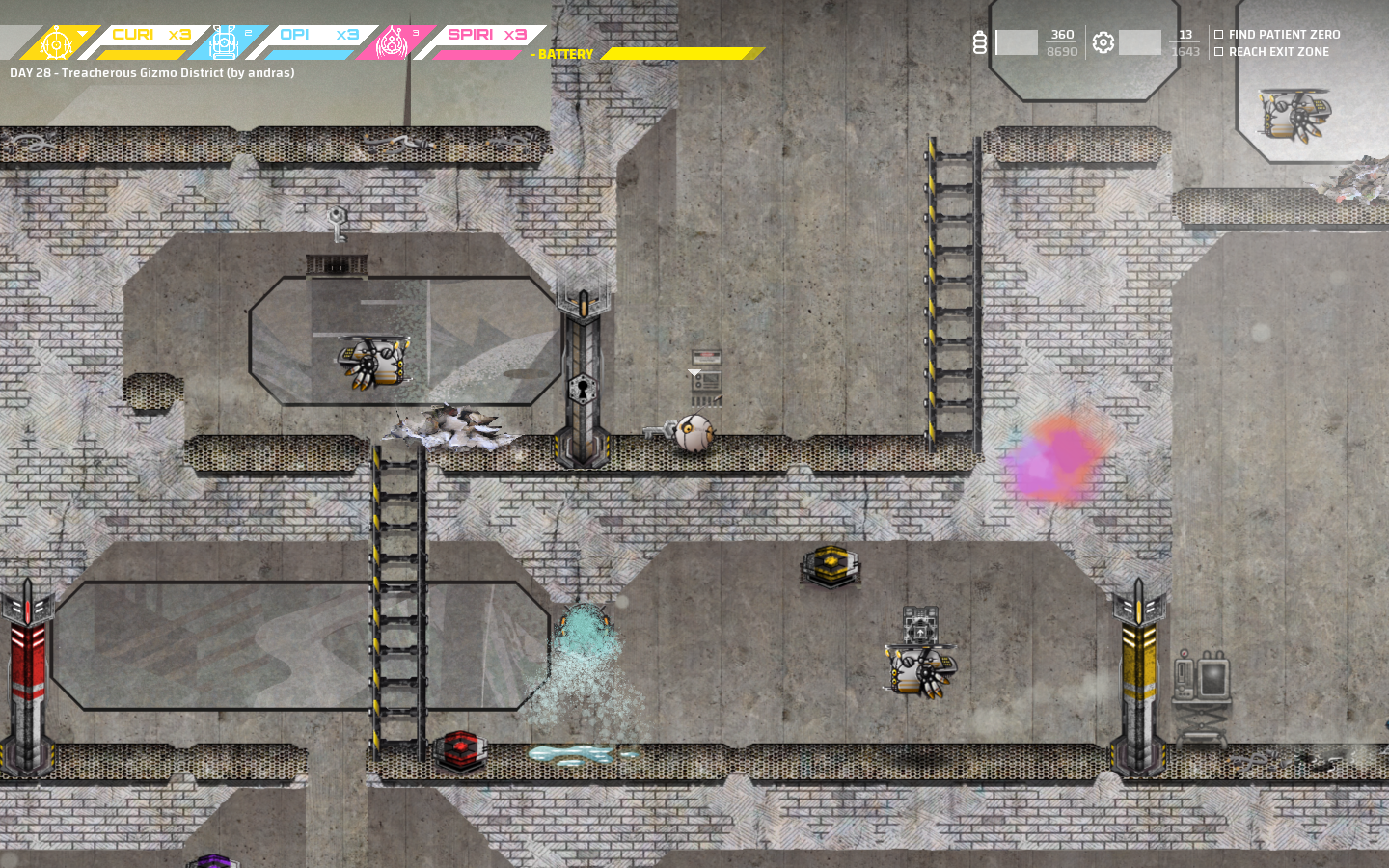 Our candid game designer's insecurities aside, Terraforming Earth appeals to a wide range of players. Perma-death, time pressure, and drones are all optional. You can complete the game without solving brutal Patient Zero maps (such as the one linked above under nanobot swarms).

Puzzle lovers can take their time and are rewarded with increasingly large and complex mazes, speedrunners can compete on weekly challenges, couples and families can take delight in the marvel of teamwork, explorers can find and promote cool maps for the community, environmentalists will love the theme and the stunning visuals of life returning to the planet, etc, etc.

OK, now that we have convinced everyone that Terraforming Earth is super fun, let's jump back in the game! In case you don't have a copy just yet, please consider picking up a copy on Steam!