Today, I'm going to share with you not only the principles I applied to my tutorial level design but also the latest feedbacks I got from the playtest sessions. The reason is twofold, firstly, I think it is a better way to assess the usefulness of my principles with actual response and outcomes; Secondly, I think it will make this article a lot more interesting to read and informative for indie devs.

In the previous article, I talked about what went wrong with my tutorial designs and slightly hinted at the possible solutions to it. If you haven't read "The Making of Tutorial Level (Part 1)", I encourage you to check it out before diving into this article, since all of the design principles I came up with were originated from the playtest session described in the first part of the article.

With that in mind, today, I'm going to share with you not only the principles I applied to my tutorial level design but also the latest (in fact, just yesterday, as I wrote this article) feedbacks I got from the playtest sessions. The reason is twofold, firstly, I think it is a better way to assess the usefulness of my principles with actual response and outcomes; Secondly, I think it will make this article a lot more interesting to read and informative for indie devs.

Repeat lessons over and over in different orders 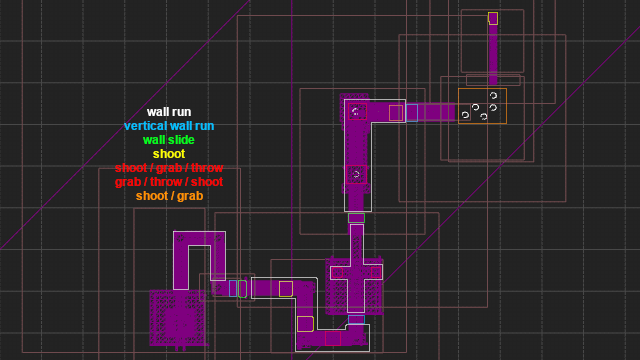 (Noticed the 5 red squares in the map, the player needs to perform at least two different kinds of permutations of shoot/grab/throw several times to complete the tutorial level)

For this principle, the goal is to help newcomers familiarize the control scheme of the game until it becomes their second nature. Below are the least numbers players need to perform to complete the tutorial level:

Compare to my first attempt, all the test-players are able to do horizontal wall run by themselves throughout the entire tutorial level without my verbal assistance; They were aware of the shoot/grab/throw utility they posses and proceed to execute them in the right order when the opportunity arise, albeit, it took them a few tries to throw to the right direction due to the lack of explanation on how the throw mechanic works; 6 out of 8 of the test-players are able to execute a shoot/grab combo repeatedly which requires precise timing and pacing at the end of the level, which proves the previous lessons they learn indeed help them overcome a more challenging problem afterward.

Given the time players are asked to execute those moves, it is not surprising that players are able to pick up all the essential moves in a 10 minutes tutorial, in fact, one of the test-player even said she felt a little bored toward the end of the tutorial since it is too long and repetitive-I was actually glad to hear that-since, it's better to feel bored than confused and frustrated when learning a new control scheme and players can always choose to skip the tutorial and went straight to the actual level should they feel to do so.

Of all the three principles, I think repeating lessons probably has the most prominent effect on the player learning process, it is quite amazing to see a simple method like this can change a person's performance and gaming experience drastically. It also made me wonder had I decide not to re-design the tutorial level, the same game with the same mechanics and the same level will probably receive a very different public opinion simply due to a lack of "entry point" to the game. 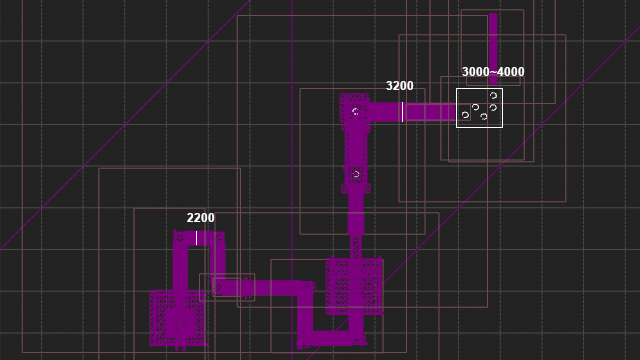 (The tutorial level is a long hallway with the widest section ranges around 3200uu.
The final section challenges the player to execute grab/throw repeatedly on enemies
which are separated apart around 3000 to 4000uu)

Boundary case are incident where players try to perform a move that is nearing the maximum or minimum allowed input of the game mechanic, the result will either be success or failure due to the acceptance range narrowed drastically in this extreme case.

For 《Drifting》 the hook and grab mechanics are the two systems that are most sensitive to boundary cases. While A miss shoot (due to the ray-traced bullet not close enough to the enemy's collision capsule) will result in players simply wait for the bullet cool down and shoot again; a miss hook or miss grab often means life and death for players. Generally, I wouldn't consider the hook and grab boundary case a real "problem" for my game, however, before newcomers developed a sense of how far they can hook and grab, these boundary cases will inevitably arise again and again which is quite annoying.

I intentionally made the tutorial level shaped like a long hallway and make sure the widest part is no greater than the max input of the hook and grab mechanics, this ensures players will not encounter boundary case (even with dash performed before hook or grab) as long as they always aim at the closest platform or enemy; they will still found out the hook and grab mechanics fail to work if they aim for farther objects, however, since the platform are pretty close, a miss hook or grab usually wouldn't result in instant death. 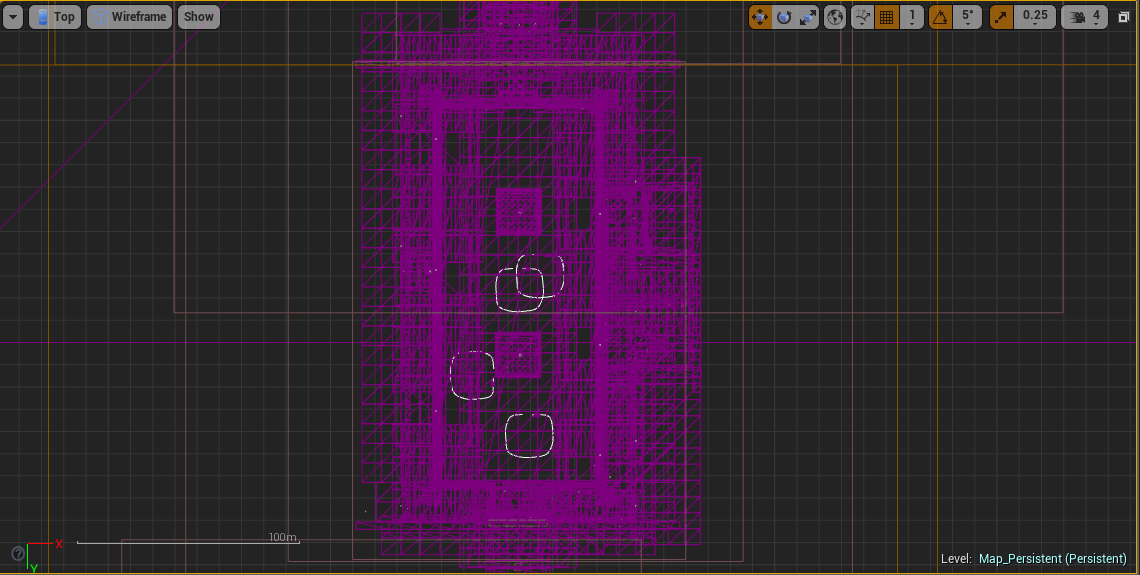 The demo I presented in the test-play session includes two levels, after completing the tutorial level, players will be directed to walk into a portal and teleport to another level where the layout is much larger than before. The few players who continue the demo after the tutorial level have a hard time solving the physics puzzle, however, as far as I know, there is no death due to a miss hook or grab. 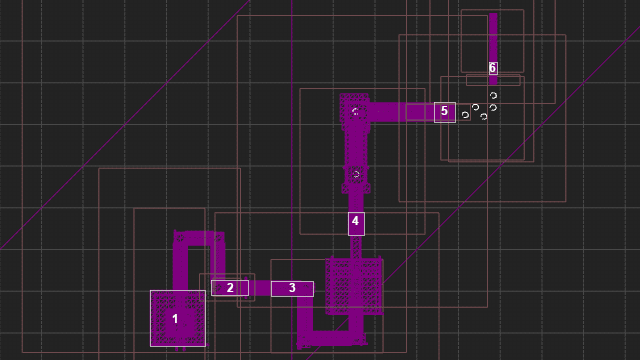 This is probably an obvious one and many of you must have heard of it somewhere, but I found myself interpret it the wrong way when I first apply this principle: make players feel safe doesn't necessarily mean players cannot die in tutorial level, but the cost of making a mistake is minimal and wouldn't affect the lesson afterward.

During the 10 to 20 minutes playtest session, all the test-players died at least 2 to 3 times (mainly at the first and last section due to a miss hook or miss grab), since the savepoints are placed right before the challenge started, it's encouraging them to try out the new moves again without resorting to other means to get pass the lesson (something I failed terribly at my first attempt).

An interesting phenomenon I observed that day which is worth mentioning is that players have a tendency to stick to the first effective move they learn in the tutorial level, even after they learn lessons that taught them to perform moves that are more efficient, they still resort to the old tools before trying out new ones. There are one incident where the player try to use only the hook mechanic to bypass the last section (instead of shooting the flying drone and grab onto it, he attempt to hook onto the drone and do a vertical wall run then step on the flying drone, and repeat the same process for the last four drones. Surprisingly, after his third try, he successfully made it to the final platform.) even though it's way much easier and safer to perform a shoot/grab combination to achieve the same thing;There are two or three incidents where players completely ignore the vertical wall run lesson and manage to climb up a tall structure using horizontal wall run in a spiral fashion. It's hilarious to see how players utilize their old tools to come up with new ideas, but at the same time, it also reveals how important it is to make players feel comfortable to try out new moves.

After the latest test play session, the feedback I got confirms two things: First, my tutorial level is far from finish and it needs a lot more fixes before it can properly teach players to fully utilize their arsenal and get well-prepared for the real level; Second, I was making the right move when I decided to re-design the tutorial level, although it is far from finish, it is a good start.

As I keep getting feedbacks and identify and fixing potential problems for my tutorial level, who knows? I might write a part 3 of "The Making of Tutorial Level" in the future. XD

This little kitten thank you for following my articles to this point, have a relaxing weekend! ฅ'ω'ฅ

I'm glad you like my article, thank you for your support! :)