In the past few months, I've added basic functionality for the game, which includes performance settings, audio settings, level selection, move list, input configuration (key re-binding), tutorial levels...etc. The addition and fine-tuning of these works took longer than expected, my development schedule was delayed for more than a month, however, the current version of the game felt more like a serious commercial project than a hobby project. Overall, I'm glad I took the time to complete these essential tasks.

Among these additional features, more than half of the time was spent on designing the tutorial level. Today, I like to talk about why I decided to make a tutorial level (instead of off-loading tutorials to small chunks spread across different levels) and some basic principles I had in mind when designing it.

Why make a tutorial level?

If you are like me, a long-term audience and subscriber for game design related channels on youtube, then you probably also adopt the mindset of implicit tutorials or learning by playing. The concept contains many aspects such as text-less tutorial, off-loading tutorial to where they are essential, let the player find out core mechanics in creative ways...etc. As a newbie designer, I naturally adopt these ideas and try to mimic examples shown in these videos and expect players to learn the gist of my game unconsciously through seamless gameplay experience.

What I expect will happen :D

My first attempt was a 20 minutes (may take longer with his/her first try) or roughly 1.5 squared kilometers large level. The level has no text indicator, however, it is designed so that players must complete the right move (ex: grab -> throw -> shoot) in order to advance to the next section. Players can safely move around without knowing the key movement (wall run and wall dash) in the very first section; then I introduced a gap between the first and second section expecting players to learn how to wall run; I then introduce enemies in the third section, since, by completing the second section players must know how to shoot; in the fourth section, I took away the safety net (limited floors and walls) and introduce the same enemy, challenge players to face the same task with slightly higher difficulty; Fifth section combined all the lessons taught in previous sections and expect players to successfully do the right move three times with the enemy numbers tripled..., so on and so forth. The first level contains a total of 12 sections each has its own learning purpose. 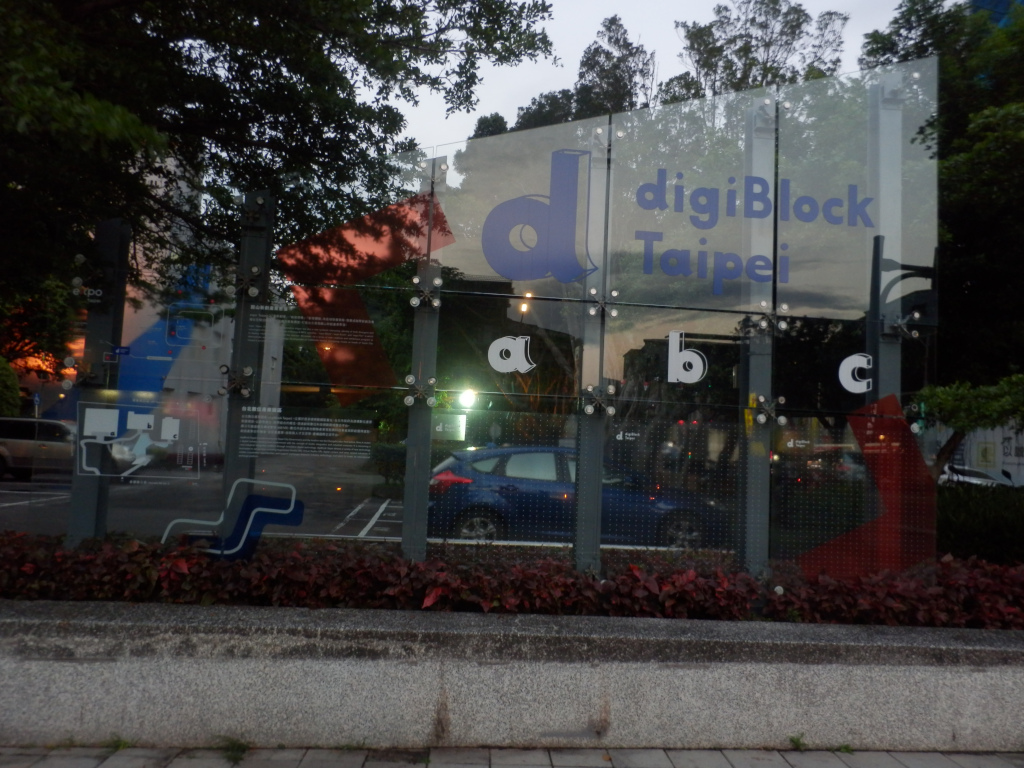 I was quite proud of my first level at the time, and took the build to an indie community meetup, expecting other developers to be awed by my clever game design. As you might've guessed, among a dozen playtesters, feedbacks ranges from the game is too hard or too confusing or both. 90% of playtesters could not get passed section three; the remaining 10% who passed section three (1 female and 1 male tester both are veteran Dark Souls players), they spent more than 10 minutes to do it; during each playtest, I sat right beside the playtester and step by step taught them how to get past each section to no avail.

It is as if my effort in tutoring the player through level design is a hindrance rather than an assistance.

After weeks of contemplation, there are factors I felt are essential to explain what went wrong with my design and possibly shed some light on how I can fix it:

Players use their body to learn the game not their brain

I saw countless incidents at that night, where testers passed the first section but still don't know how to dash or wall run;passed the second section but has no idea how to throw;passed all three sections and never hook onto a single wall again, instead, run through the entire level on floor. With each section designed so that players MUST perform the CORRECT input in order to advance, this anomaly should not happen and yet it happened again and again.

My explanation is that, when playing action games, players aren't using their brain to play the game (no offense to the playtesters), instead, they off-load most of the heavy tasks to their body and their brain simply issue simple commands like "go there", "do this", "wait here"...etc. The target audience for my tutorial should be the body, not the brain, and while the body can react much faster than the brain in an action-oriented game, it requires even more time and effort to train them.

The pacing of my level design may be moderate for the brain to digest, however, the body needs repeated exercises to be made fully aware of what the lesson is all about and memorize it accordingly.

The small gap between section one and two I mentioned previously did lead players to hook onto another platform at least once, however, for the remaining sections, most players chose to traverse the level by running or dashing, even though hooking onto walls allow them to move faster and is a more efficient way to avoid enemy's attack.

In 《Drifting》, the hooking mechanics requires players to get close enough to successfully hook onto another plane, the maximum distance is 3000uu (or 30 meters) meaning any distance beyond that, players will fail to hook; The size of the second section is a 6000x6000uu squared room, meaning players can only perform successful hooks on adjacent walls. 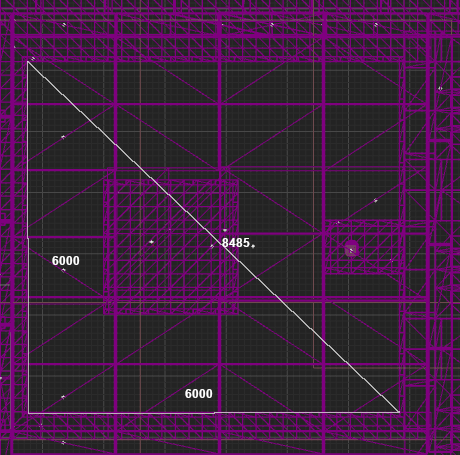 (The main area in section two is a 6000x6000uu squared room. For reference the small gap between section one and two ranges between 1000~1500uu)

Problems arise when players try to hook onto walls that are too far, I made the aim UI turn white or grey depending on whether players are able to successfully hook or not. Unfortunately, the UI indicator did not prevent players from trying to do an overextended hook, mainly because players can perform a dash before hook, dashing allow players to maintain air momentum for 1.5sec and travel around 1000uu; The dashing mechanics give players extra distance before falling and thus, there are chances where players are able to hook onto walls that are over 3000uu before dash, however, given the angle players is aiming at and when they perform the dash, a successful hook is not an easy task for beginners to achieve in a short period of time, and failing to hook often result in falling underwater and face their death.

After several attempts to hook and fail and restart the level, players became hesitant to hook and chose to run on floors for the rest of the sections. For the two Dark Souls players, they manage to learn the gist of the hooking mechanics during section three and even utilize it to get past section four, however, that is after 15 minutes of trials and errors-a learning process well over what I expected it would be.

In 《Drifting》, grab, throw and shoot are moves that are essential to advance through the level, it's the bread and butter players should master early on. At first glance, since each move has its own unique trait and usefulness, it's quite obvious for me to separate these moves into three different tutorials. I expect players to get familiar with these moves individually in the first two sections and naturally execute them consecutively to solve the puzzles in the later sections.

My optimism let me down yet again.

What happened is, players first learn how to shoot, then learn how to grab and throw and then failed to realize they can combine the three to solve the puzzle.

The individual tutorial taught them what input to press when asked to do so but did not present it in a meaningful way. The game's puzzle design revolves around the permutation of these three moves, except for the early sections, there are no instances where players can advance the level with only one or two moves, all three moves MUST be performed in order to solve all the puzzles in the game. By separating moves into individual tutorials, players were essentially learning without context, and as they say, learning without context is not learning.

Two months after the indie dev meetup, I started working on my first tutorial level.

This is really fascinating to read, I almost want to try out the demo to prove you wrong now lol.

Since it is near the end of November, I'll be attending the monthly meetup next week, I'm so excited! :D