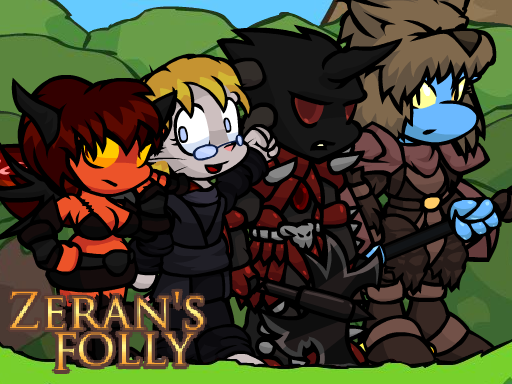 Zeran's Folly has a new animation system for the playable characters! Instead of using sprite sheets, the engine now uses objects created in Spine. The new system allows for both alternate outfits and enhanced hit detection!

Smash monster faces and look good doing it!
The four playable characters now have 8 outfits each, for a total of 28 alternate outfits to find! Alternate outfits can be found in chests, bought from merchants, and earned from sidequests or as part of the story. In addition to looking, like, totally radical, some outfits have additional effects and some NPCs will react differently by saying different things. Far out!

Here are some of the schmexy duds you'll need to find if you want to be cool: 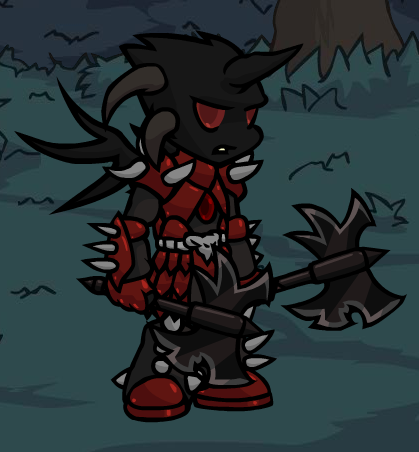 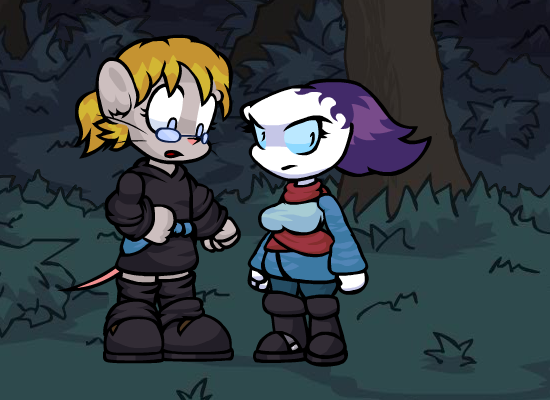 Lydia and Abby switch outfits! What kind of dangerous/sexy situation could they have gotten themselves into?!

Hit detection is a lot better because reasons!
With the new animation system, it's possible to see which direction the character's weapon is pointed. Paired with Box2D's shape overlap stuff, you'll never miss an enemy for no bullshit I-totally-should-have-hit-that reason again!

Animations are smoother and lead into each other!
Some animations now have dynamic mixing, which means they lead into each other instead of abruptly changing the character's pose. To see the difference, check out how Lisa moves her spear behind her back when she starts running: