In this article we cover the release of Dragon Rider, what lead up to it and what will come next!

Face off against demons, gargoyles, golems and foes alike,

in this fast paced, action packed fantasy shooter that will take you to another world,

on the back of a DRAGON!

Dragon Rider is a small project we decided to make and offer to the community for FREE, the game uses various assets provided by Procedural Worlds and shows off usage of their assets as well as other custom systems.

In the near future we will also provide free tutorials on how we achieved making the setup and game, they should give you a good idea of how we went about making the game and how you can implement Procedural Worlds assets into your own project!

You can checkout current tutorials HERE. 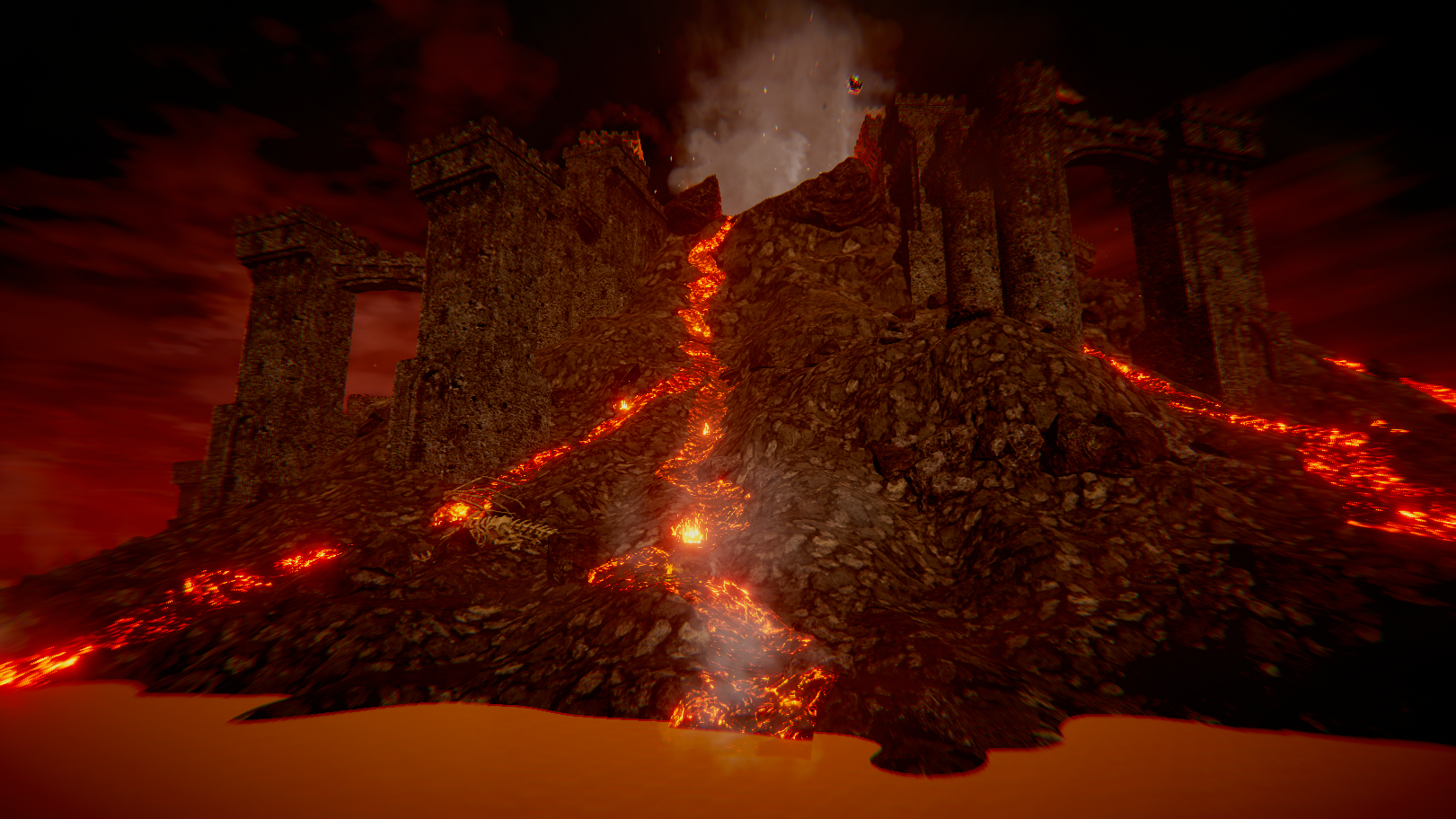 The first step we decided to take with the project was to make the gameplay environment but interestingly enough, a volcano was not the initial design. We actually planned to go with a thick forest that the player would fly through and fight off enemies, incoming projectiles, etc. but we also wanted to keep in mind performance.

Thus the idea for the volcano level was born and from there, new additions to mechanics for enemies and gameplay features. 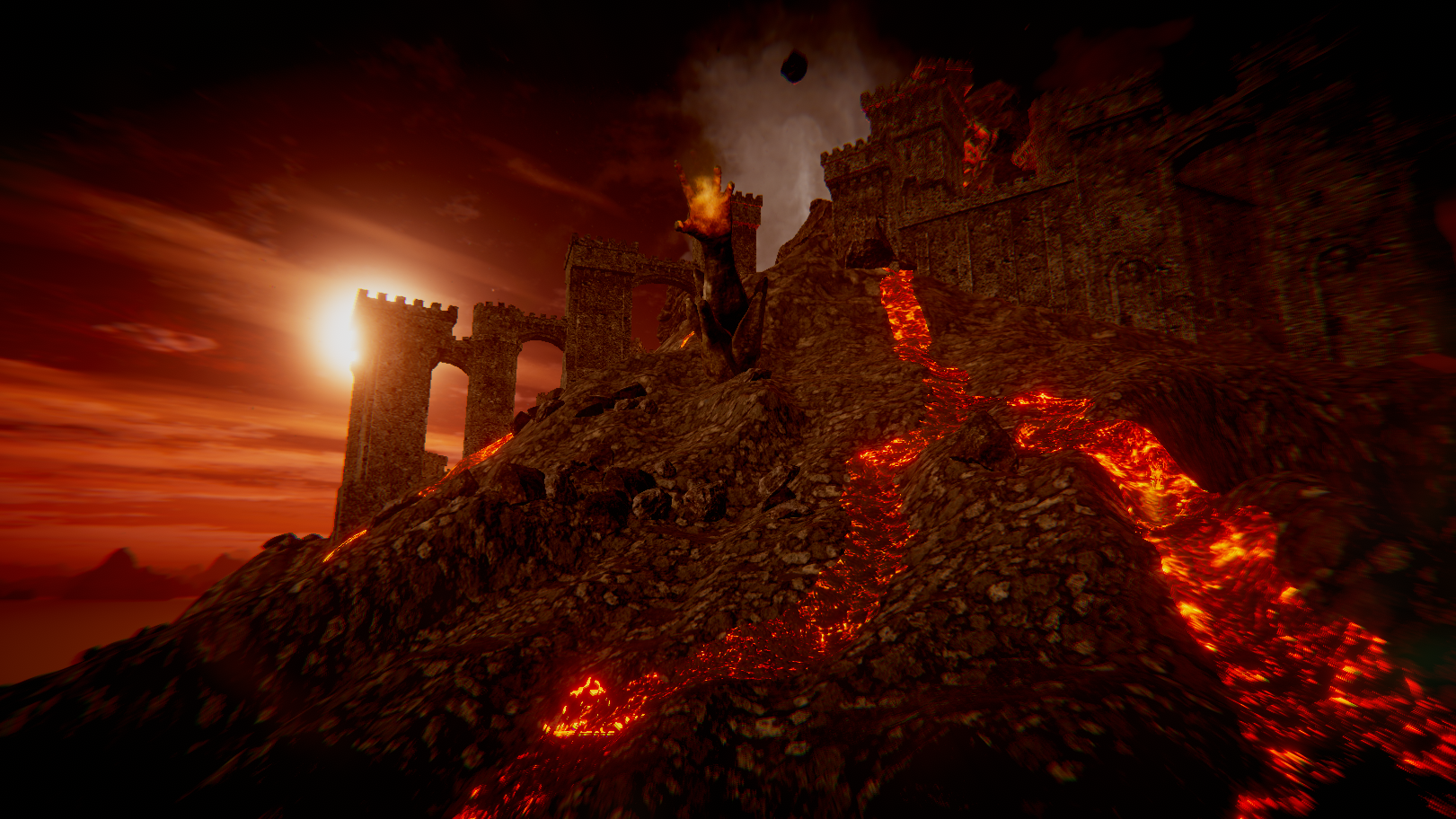 Being able to utilize highly versatile terrain creation tools as well as way-point managers, sky systems and other cool editor extensions, level design moved along quickly and in the end we were quiet happy with the result.

Making a game that's not only fun to the player but also refreshing at the same time is not always as easy as some people may think it to be. Yet offering a few unique mechanics and challenging gameplay can make all the difference, so we kept this in mind when laying out gameplay mechanics and features.

I've actually played a ton of on-rail shooters and I've come across very few that offer the same experience as Dragon Rider, there are of course a few here and there that play to the role of riding on a dragon and fighting off waves but nothing that has ever stuck in my mind.

I really wanted to make something that people would at least remember and I mean, come on, who wouldn't want to ride on a dragon? I definitely would! 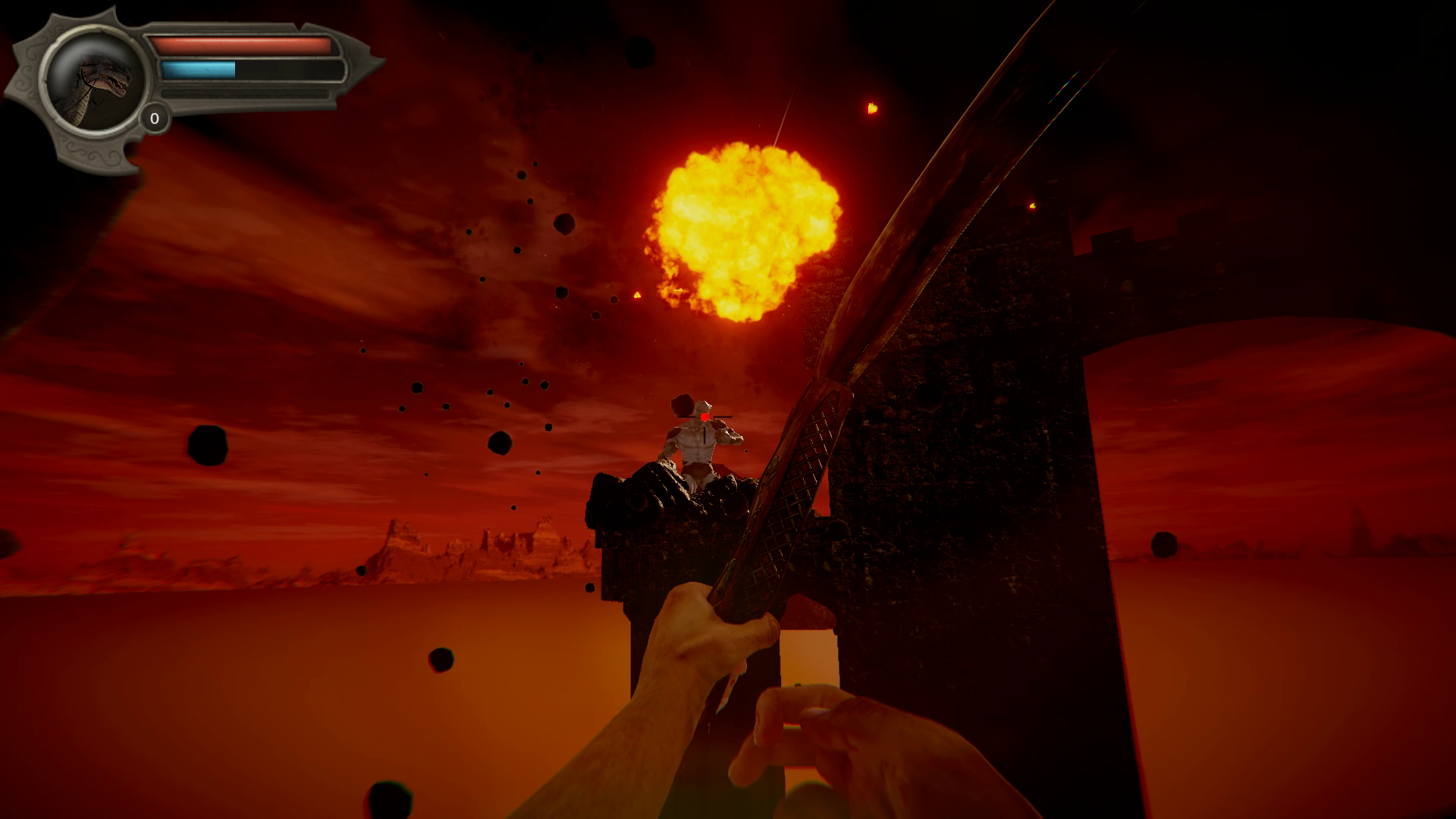 Developing the mechanics for a project like this requires some level of planning as not only does the player interact with objects in the world but the world interacts with the player independently.

This would mean enemy mechanics, volcano projectiles which can hurt the player, player attacking enemies, pickups and so on, leading to an inevitable hierarchy of what interacts with what. So in general it's good to map this stuff out a head of time as it really helps with keeping the flow of development move along smoothly.

One big advantage of creating custom systems for your game is how versatile you can make them, in this instance i made one enemy AI script that handled all the various actions and enemy interactions for different types of enemies. Implementing user options and reactions to those options I was able to make something that I would quickly pop onto an enemy, set the values and away it goes. 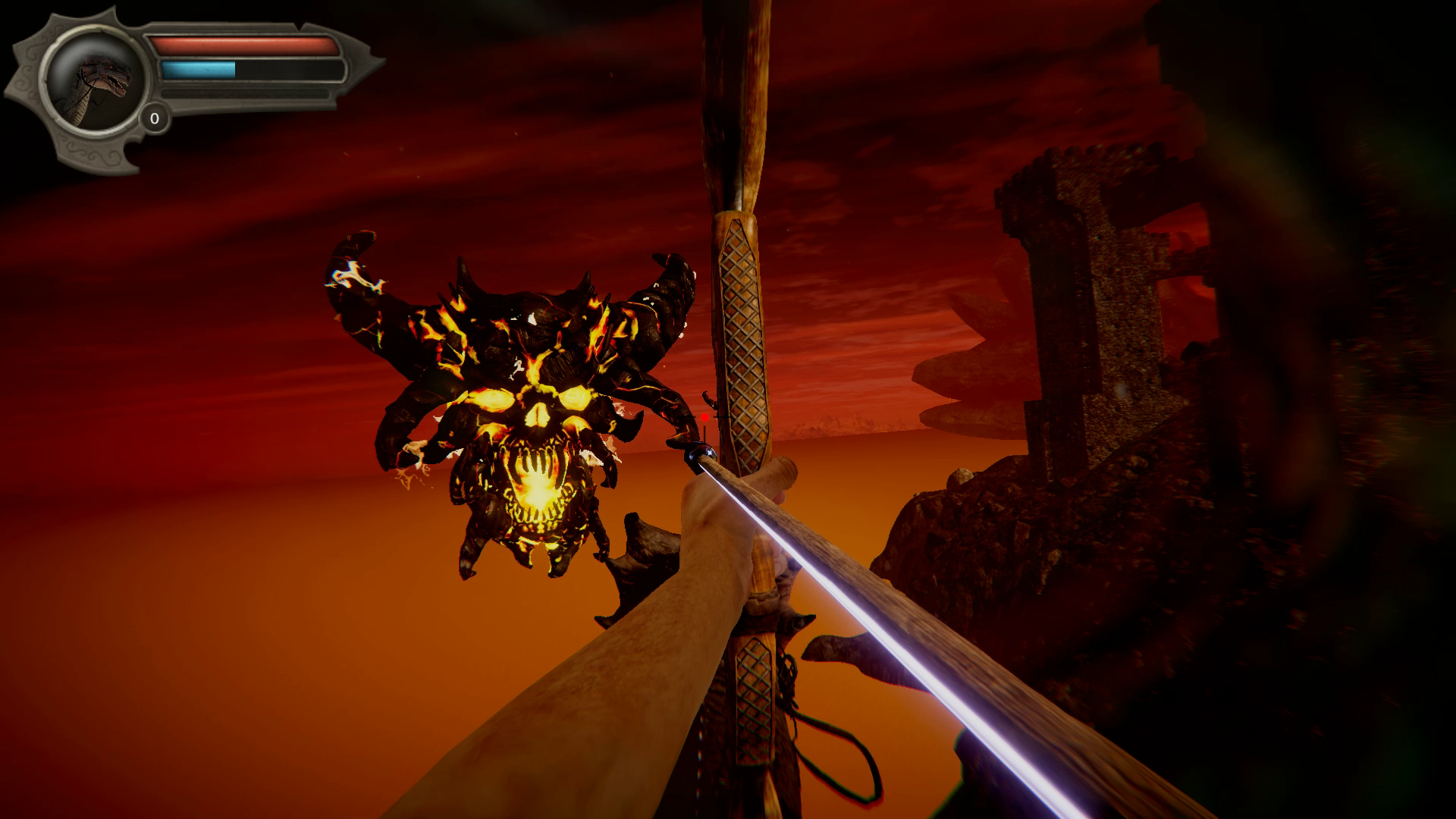 Making flexible systems are always a plus and can increase development time exponentially, something i highly recommend to any inspiring devs., using this method I moved ahead with the rest of the game, so without being too repetitive i'll say that once the systems were made and in place things moved along smoothly.

Prior to the release of the game we went though a few stages of alpha testing, making sure all the bugs and kinks were worked out, in order to provide a fluid and enjoyable experience.

A great thing about alpha testing is that you can provide one build to many testers and depending on their device or computer build, get back a lot of different results. Some people encountering a bug while others don't, debug logs display differently, performance, etc. but in the end all the info was very helpful in putting on those final touches. 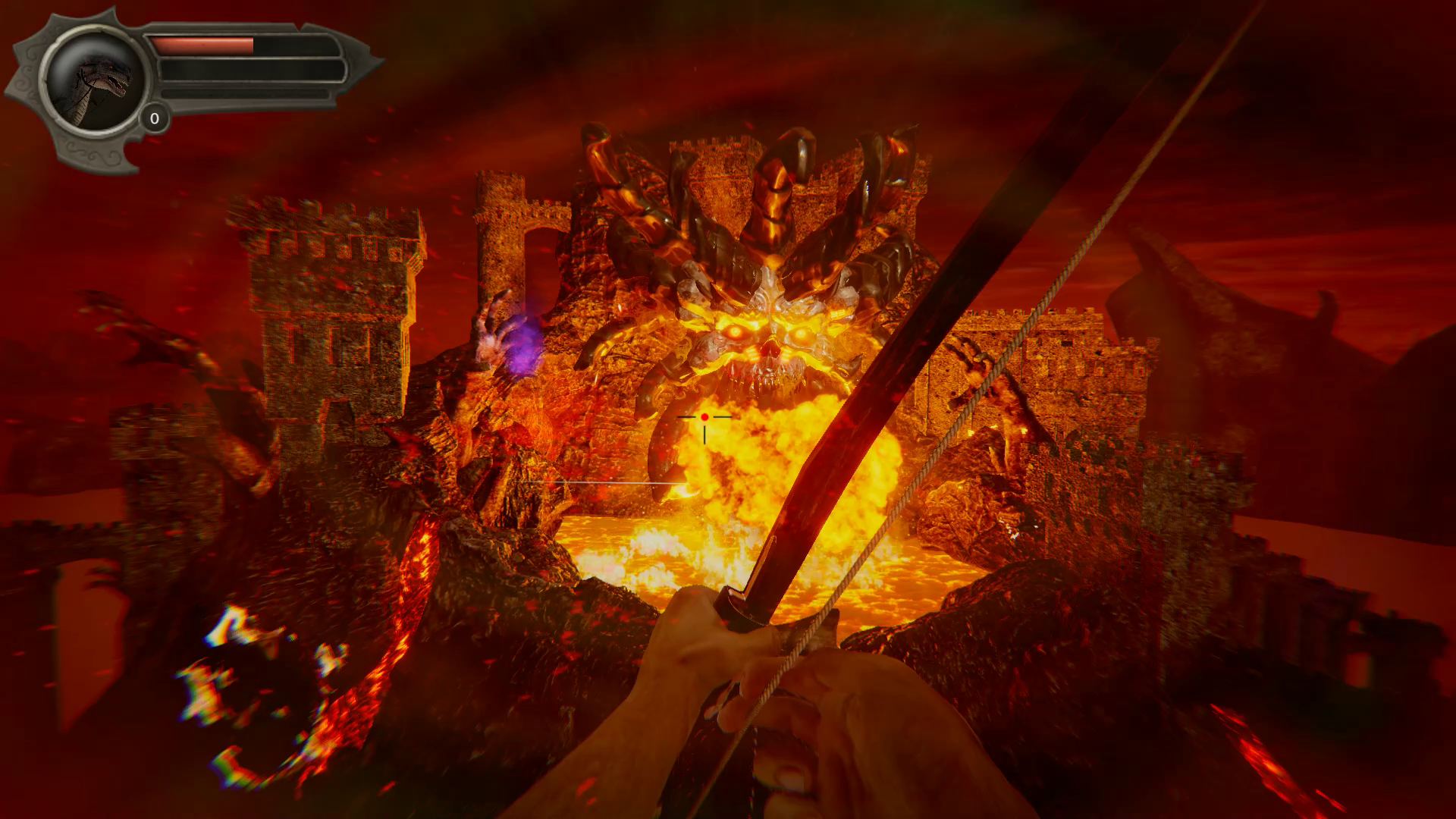 I think we can all say we are grateful for alpha testers and the contribution they make in taking the time to test what could possibly be a broken product :p being an ex-game tester myself, i know it's now always an easy task to test the same game over and over. Thanks again to all the alpha testers!

After working on this project for many months, the game is finally release and is entirely FREE to play!

Working on this game has been an interesting ride and I can honestly say I'm better for it, I considered myself an decent programmer before this but after finishing this project I've taken things to a whole new level.

Hopefully we can all learn a lot from making our projects, as interests turn to passion and passion turns to creation. There's always more to learn but I never let that get me down, the more you learn, the more you can accomplish and with that in mind, the sky is the limit.

If you've read this far, thanks a lot for taking the time and we really hope you enjoy the game. Feel free to leave us feedback on the game, thoughts on things that could be added or any issues you may encounter while playing.

This game is sponsored by: