The official release of Doorways is finally confirmed for this Friday 20. The first two chapters will be available to play on Desura and also on Steam.

We're just two days from the official release of Doorways.

On Friday (September 20, 2013), the first two chapters of the game will be up at Desura and also at Steam.
Yes, a couple of weeks ago we finally got approved on Greenlight :) 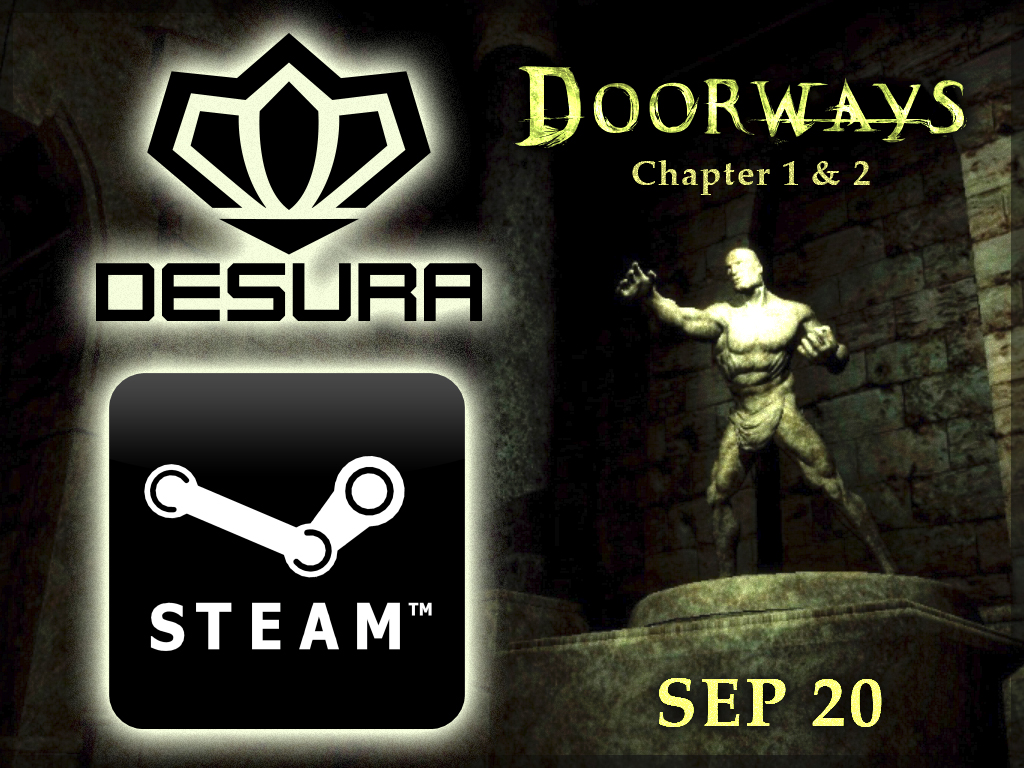 Thank you so much for all your support!

See you on Friday!

Is it the same price on both steam and desura?

Hopefully the Humble Store is quick with sending out the Steam keys.