No trailer this time, but instead there's a Demo, aka Alpha 3 Lite: link

Starting with Alpha 3 we now have native builds for Mac and Linux. All orders include access to all OS versions!

Alpha Build Content: this is mainly a stability and menus/interface build, with small fixes and features that lay the groundwork for things to come in the next version. You will see some stats, a new briefing page and permanent star scores which will all come in handy when we put in the squad management, inventory and deploy screens, and we pass on to campaign stuff.

Approximately full list of what is New in Alpha 3 (ver 0.0.31) version of Door Kickers:

- MacOSX and Linux support
- Mission results (Stars) are now stored and displayed for each level
- Briefing screen now contains some intel; map notes still to come.
- Detailed statistics after each mission
- You can now delete portions of the path by right-clicking anywhere on it and selecting "Delete"; Shortcut to be added in next version.
- Added in-game epic music
- Added options menu (only Sound/Gore are configurable for now. Caution on the gore!)
- Multiple improvements for Menus/Hud
- Better looking graphics for some maps
- Fixed some crashes that were very common in the previous version (thanks for the crash reports!)
- Fixed a bug where troopers would not respond to commands
- Added shortcut for FPS display - F8 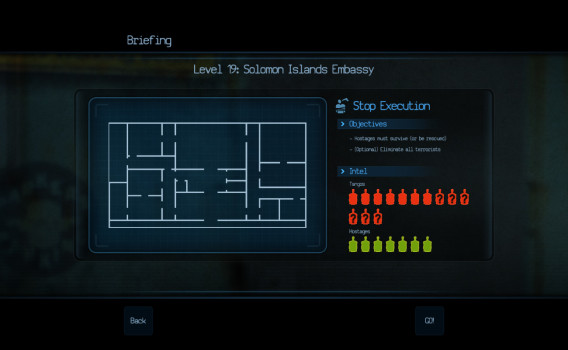 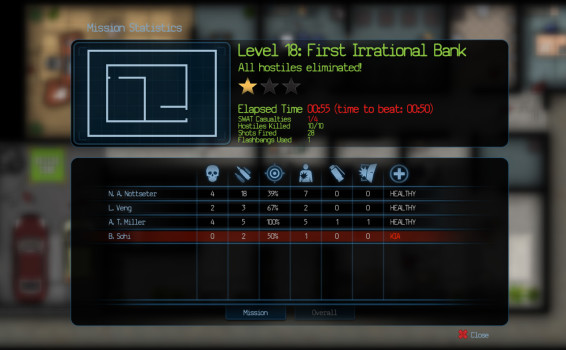 Is this going to be on Desura?

This is such a cool game :D I think I'm going to have to buy it one day, maybe in the next couple of weeks I'll put my money in :D