Eight levels down in Domino Arena, and after a little cleanup, the single-player beta should be ready in a week or two tops!

In case this is your first time being exposed to the project: Domino Arena is a multi-player "party" game where you try to paint a playfield full of dominoes with your player's color, and prevent other players from doing the same. At the start of the game, one domino for every player is assigned that player's color, is knocked over, and then goes back to its original position. Any domino it makes contact with will become the same color, and fall over as well. This is the domino chain reaction that transpires during the game.

Every level has multiple domino paths and a series of transparent hemisphere-shaped "switches" at various points on the paths. If you click on a switch, the dominoes under it will disappear and effectively break the path. If you click it again, they will reappear.

Here are the levels I came up with: 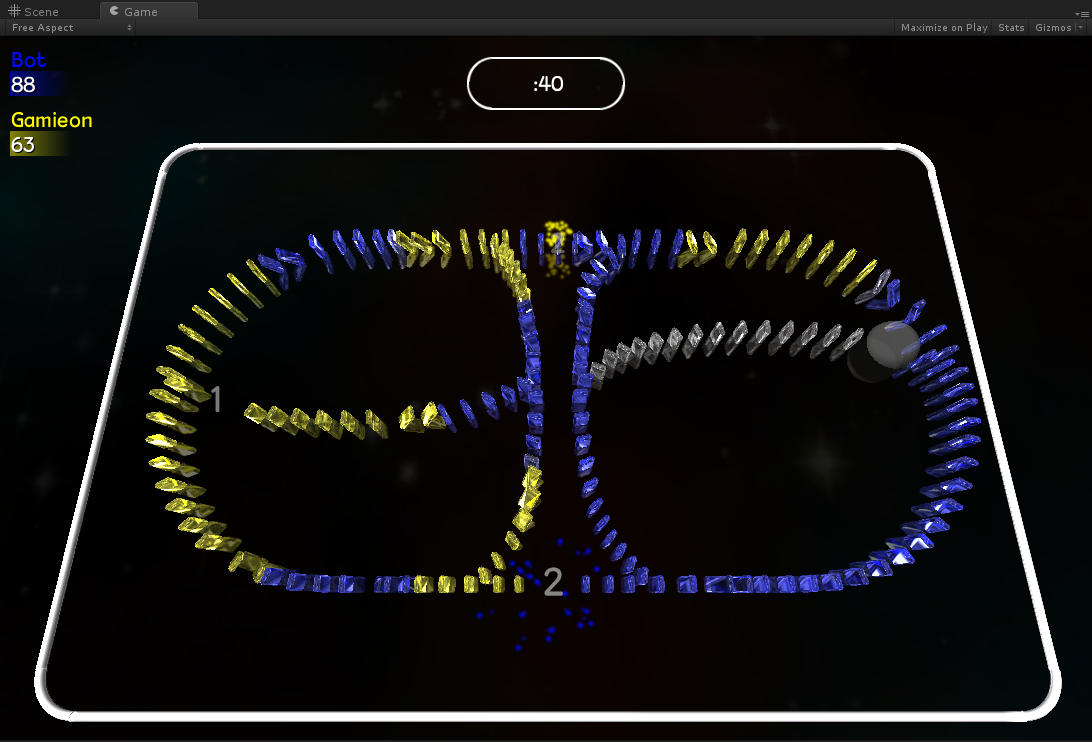 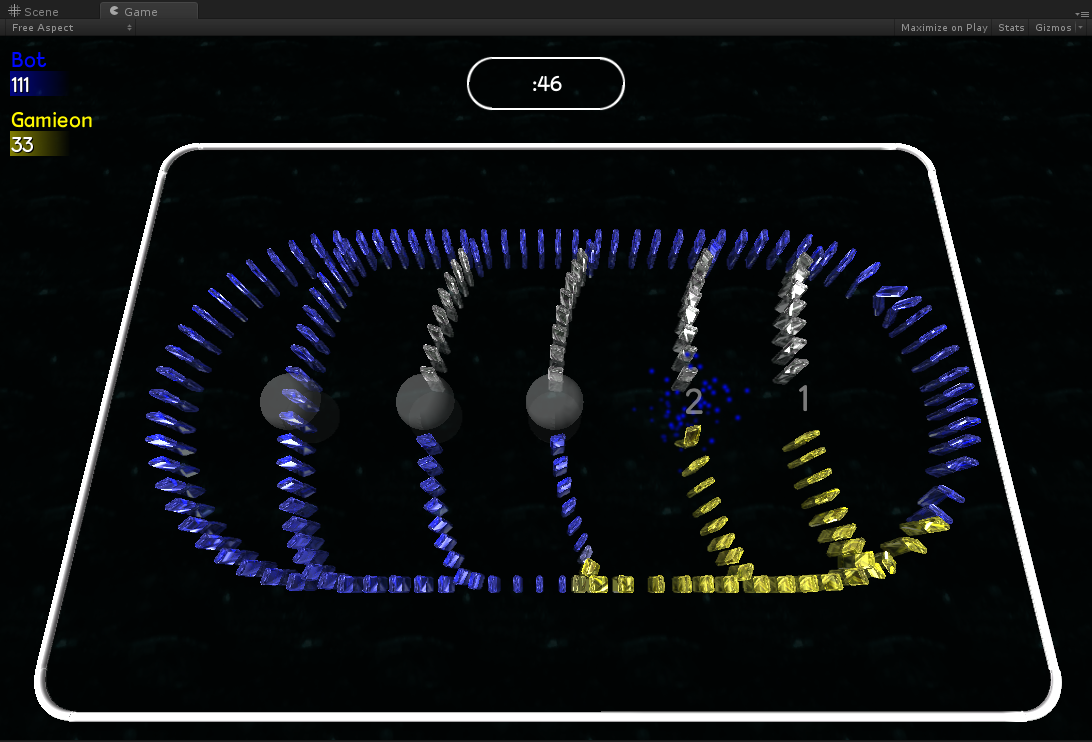 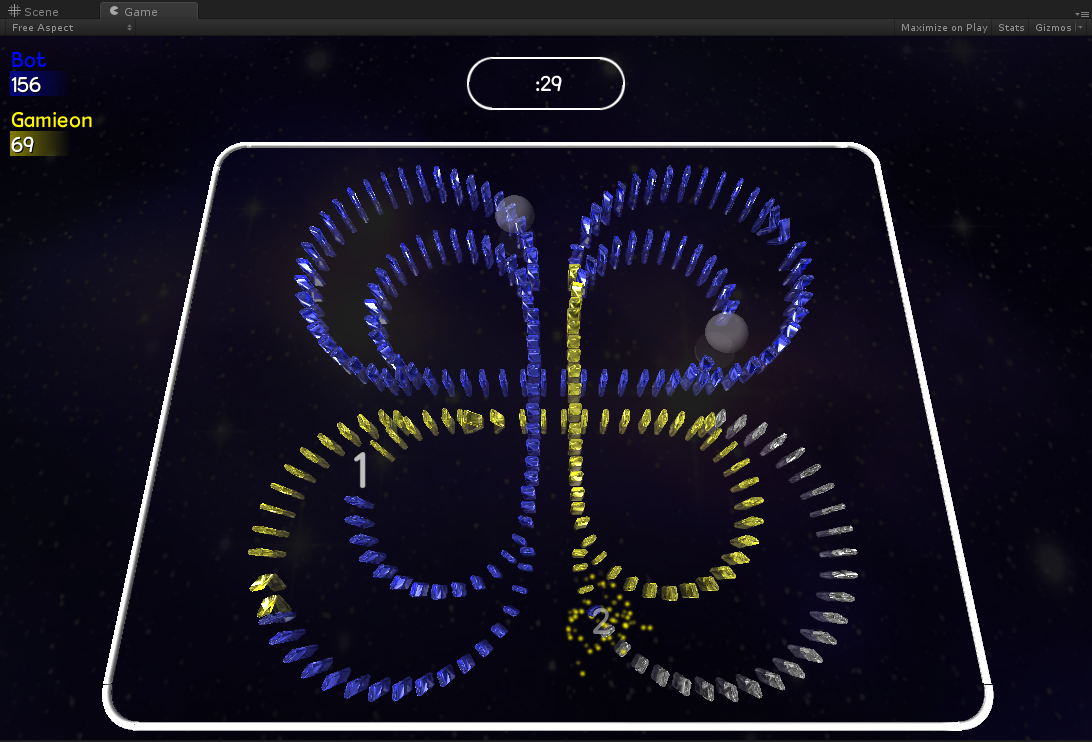 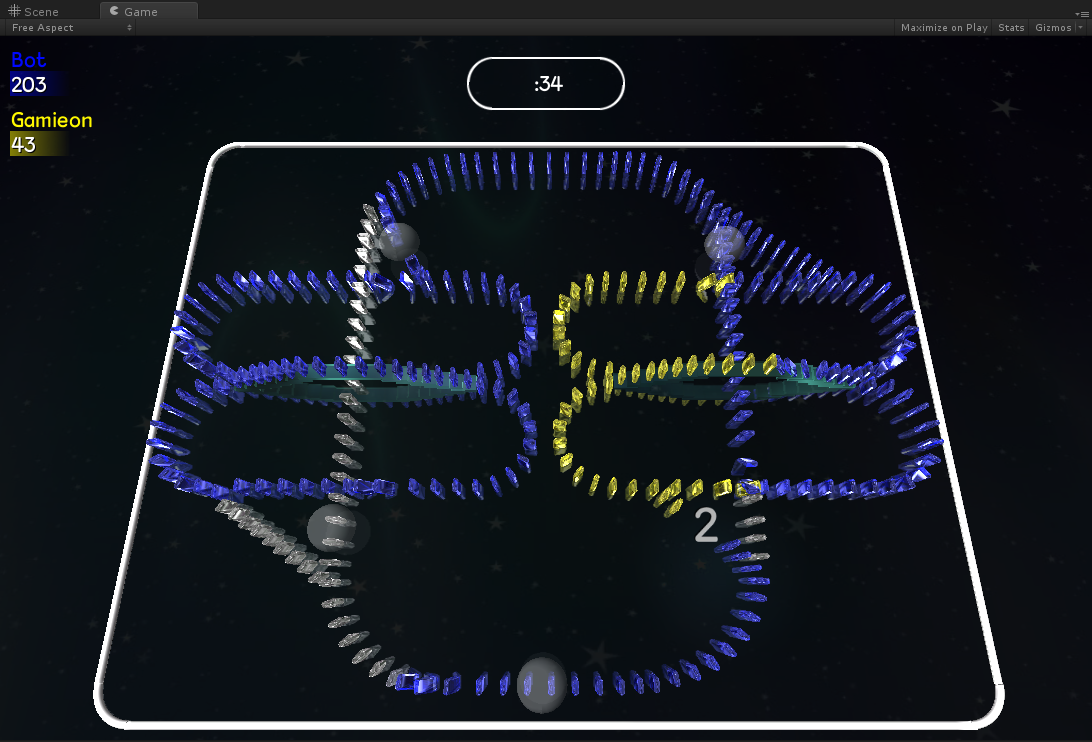 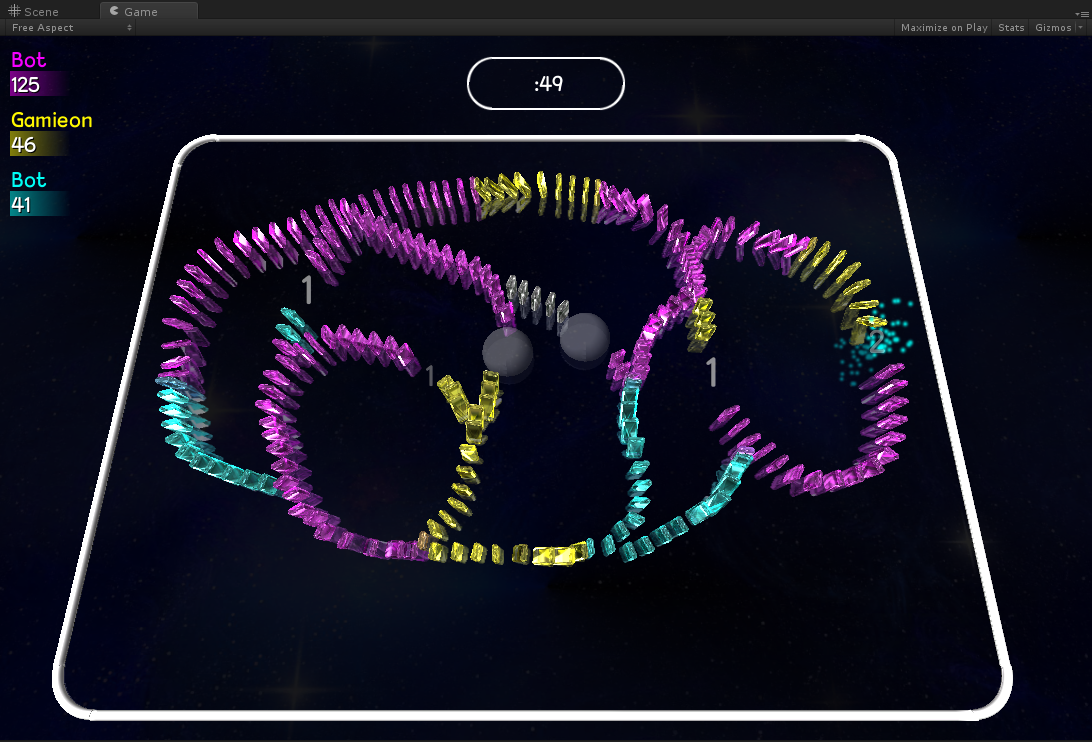 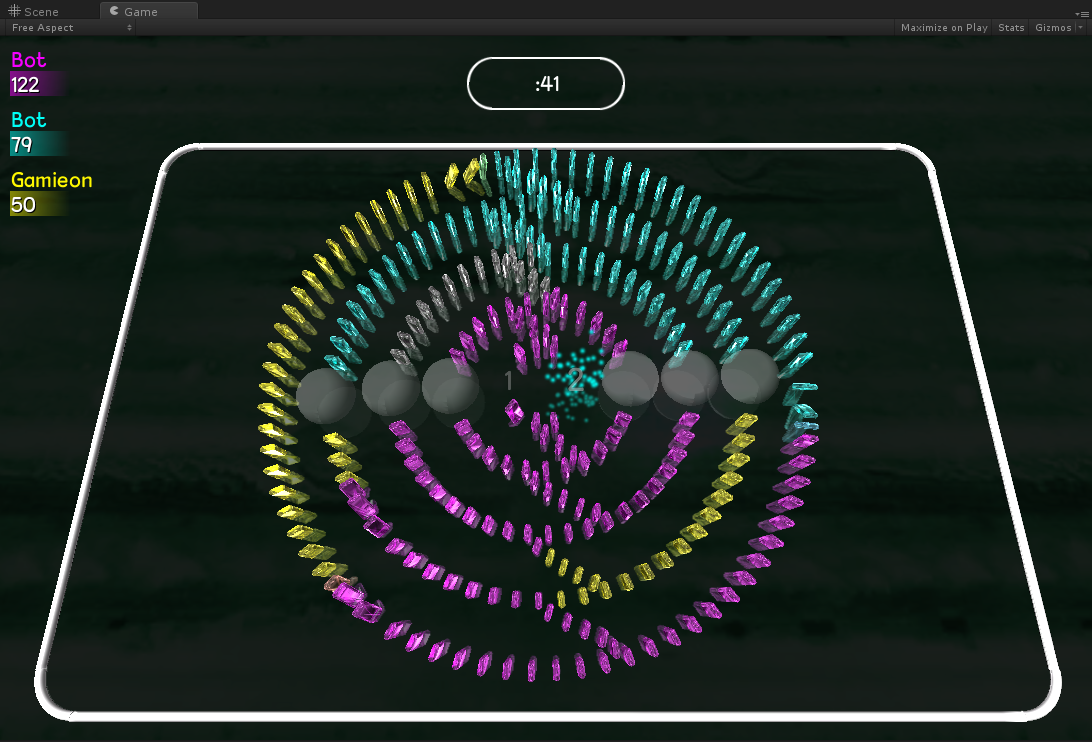 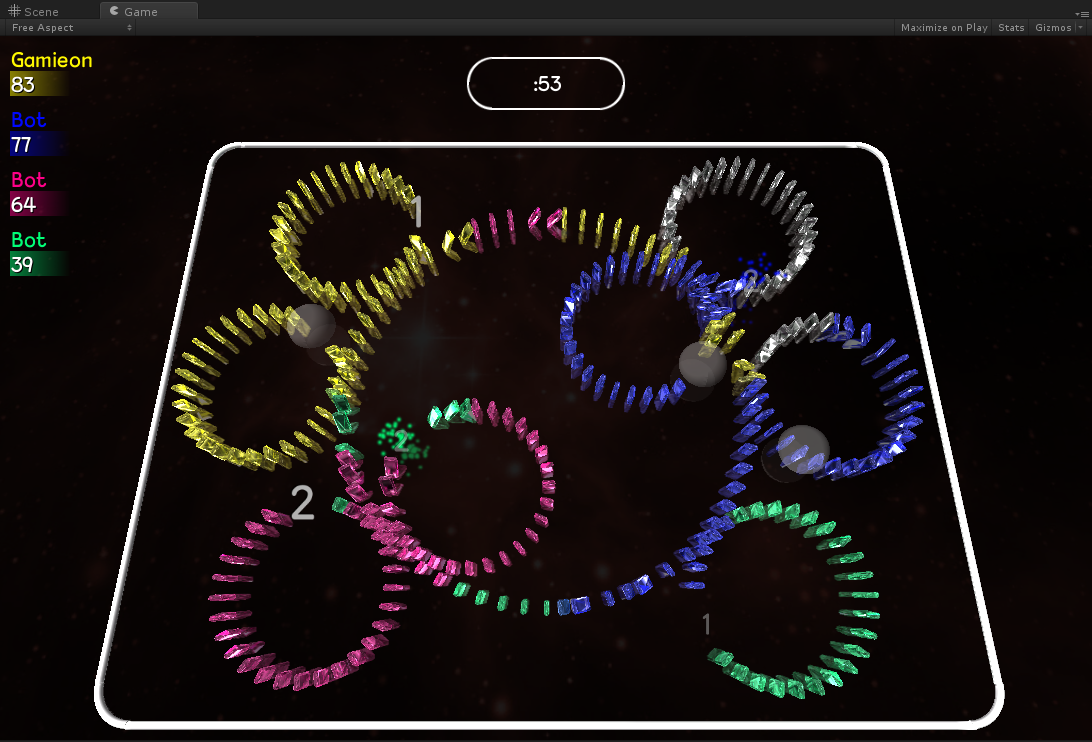 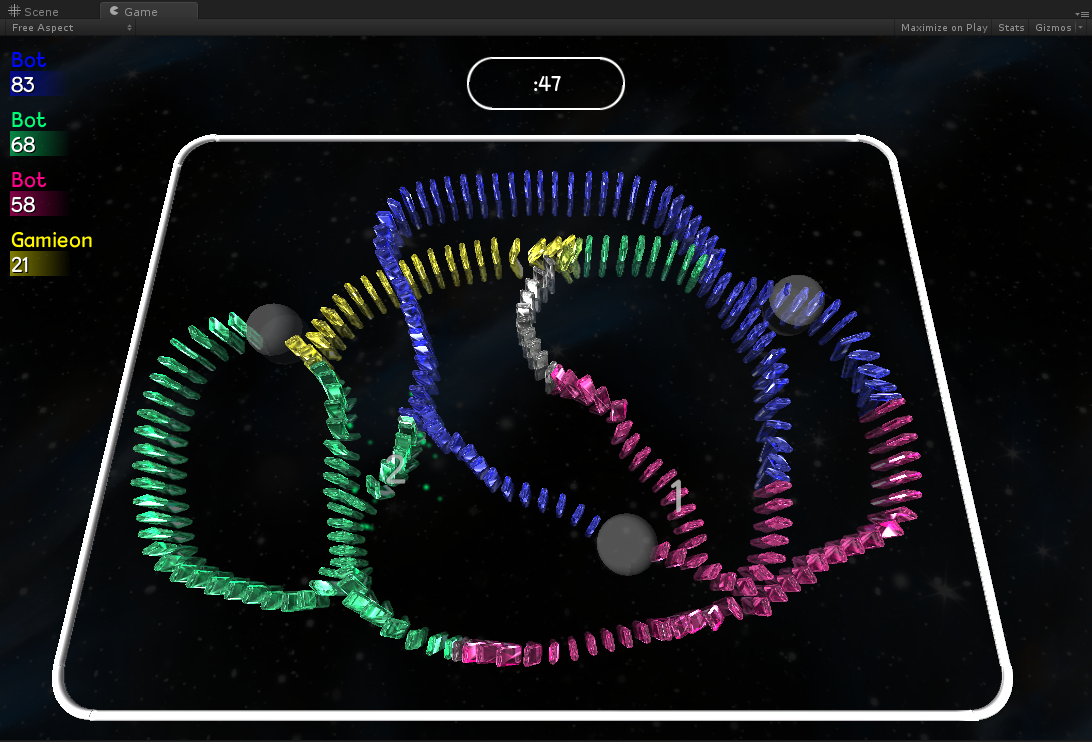 As I've never written or played anything quite like it before, I'm having to come up with levels and rules for good level designs as I go along. Right now the rules are:

As for the AI, I'm faking it for now:

And for the graphics:

Here is a visual of me using a Unity Editor script I wrote to generate circles and lines of dominoes: 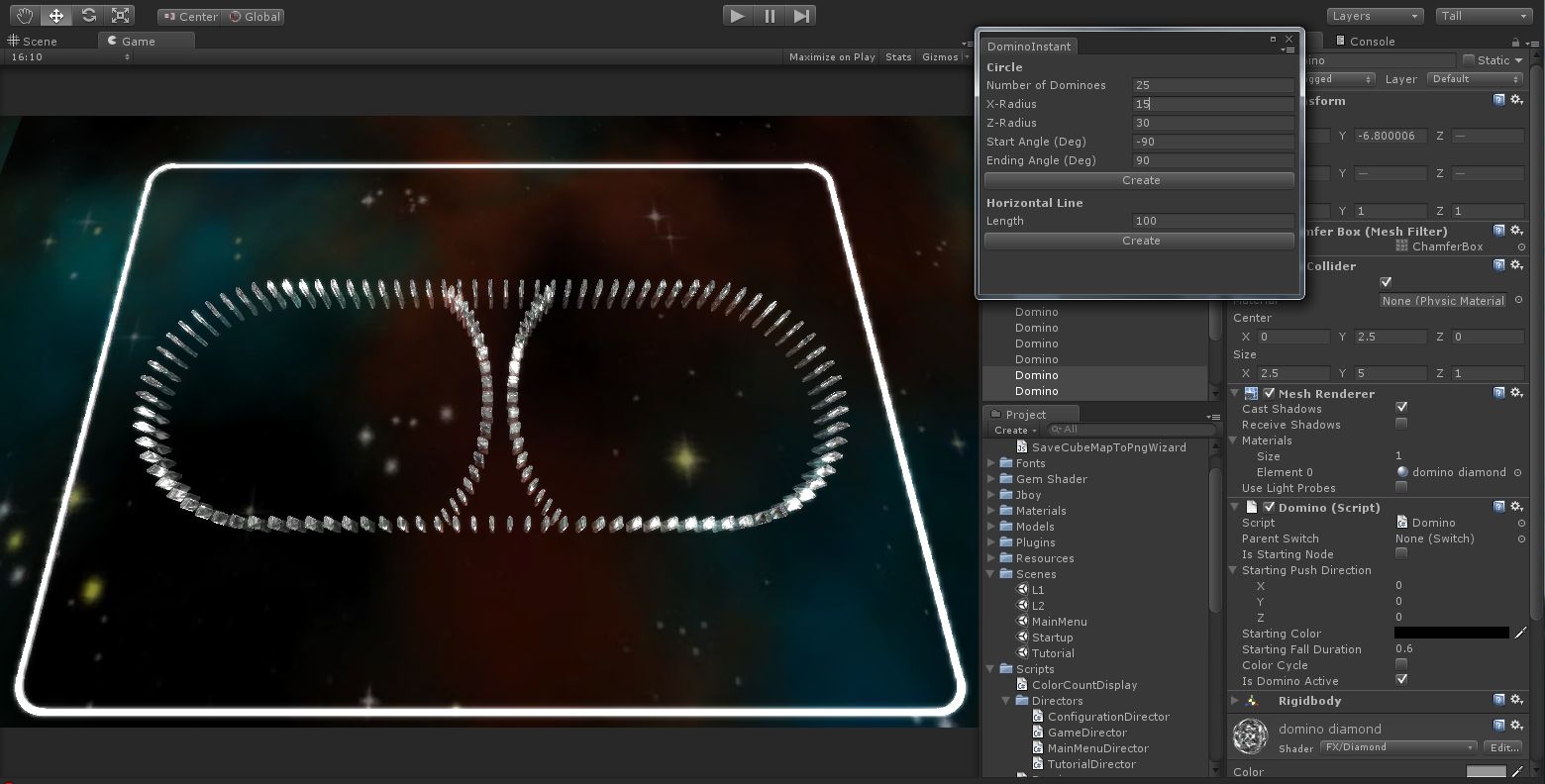 And here is a screenshot of the level introductory animation. 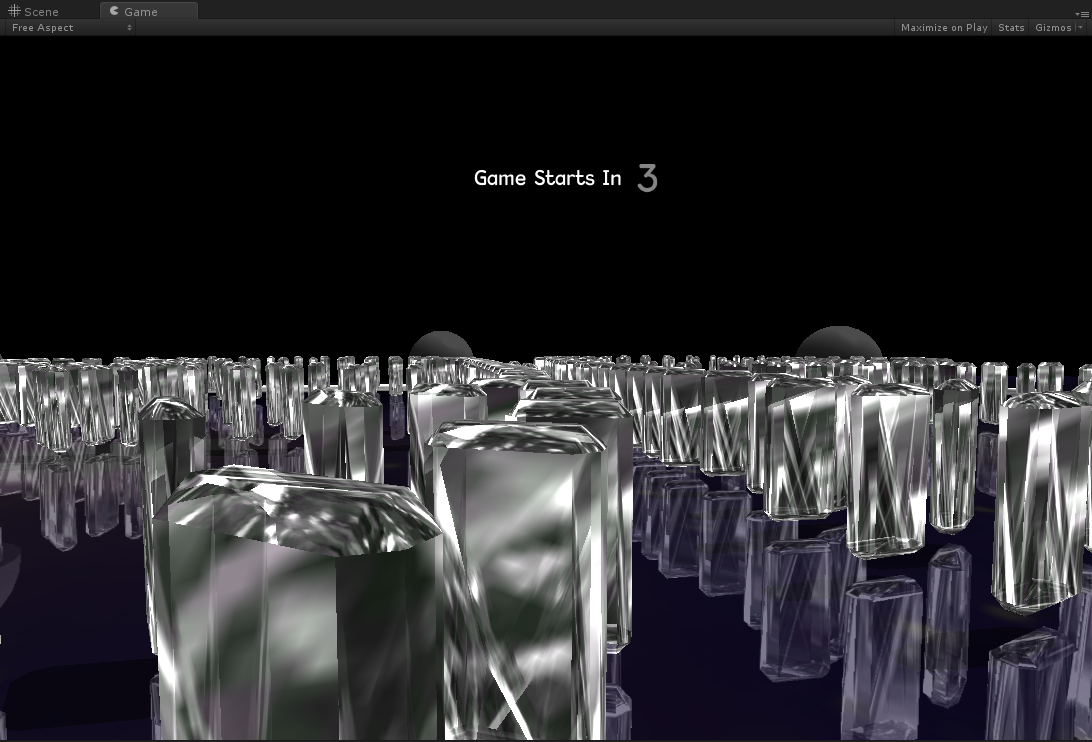 My goal is to have the single player beta working in a week so I can put it out there and see how players respond to it.

I hope you enjoy the screenshots! At some point I'll have to update the icon too...