I made a blog post, and posted a link to the release of the DH Demo. Last beta got nearly 700 downloads and this impliments a lot of the criticisms I received over the beta test. That said, thanks for supporting the game so far if you've read my posts. I've been on full afterburner the last few weeks, and it will feel good to have a break from drawing now.

After a lot of hard work with editing, drawing, scripting. I'm putting out the demo for Dizzy Hearts.

The last beta test 1.03 was downloaded nearly 700 times. Since then I've added missing/incomplete BGs, updated the menu screen, added the edited script, added the new expressions/pose changes, fixed some of music looping problems and more. This is as close to a clear representation of my plans for Dizzy Hearts going into the full version. 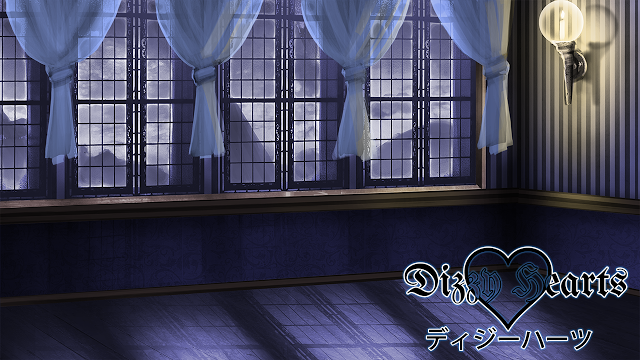