This was originally going to be a minor bug fix release, but when I was forced to change the save game format in order to fix a particular bug, I decided to make some enhancements.

First, I've brought back Nasty Knuckles, an E.V.I.L agent from Dirk Dashing 1, and added him to a number of levels throughout the game. This adds a bit more diversity to the kinds of enemies you'll encounter. Nasty Knuckles is big and tough, so he is immune to Dirk's tranquilizer darts and you can't jump on his head to knock him out. It takes three direct hits with your stun gas grenades to knock him out. 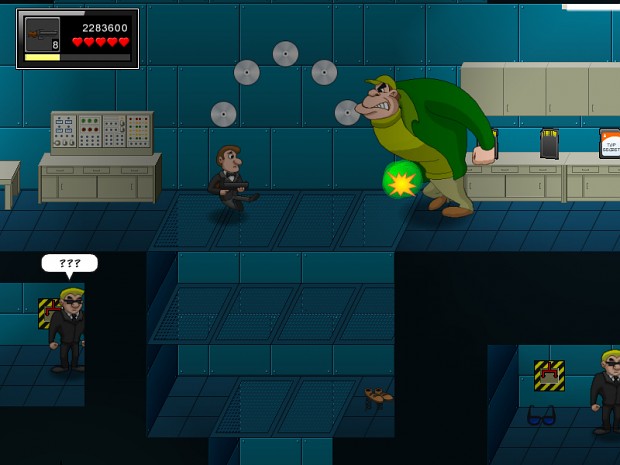 Third, I added the animation from Dirk Dashing 1 for times when Dirk stands still too long. If Dirk is idle for more than 30 seconds, his wristwatch chirps, and he responds. Fans of Dirk Dashing 1 who discovered this feature enjoyed Dirk's brief, humorous conversations with his anxious boss, who watches his every move with the help of a spy satellite. For Dirk Dashing 2, I replaced 10 of the randomly selected comic balloons with 10 brand new responses from Dirk. 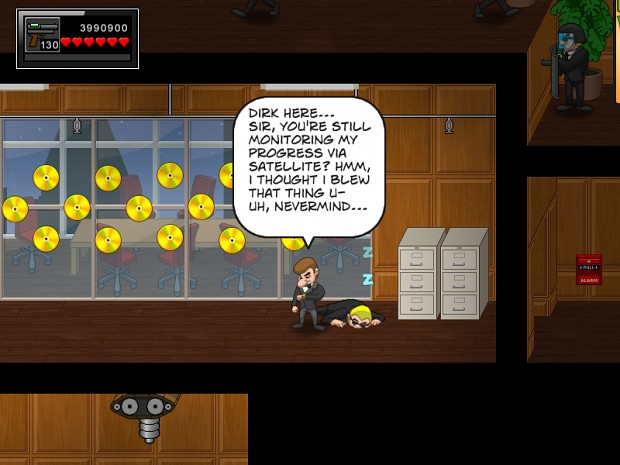 I also made minor adjustments to many of the levels, to add extra ammo and fix various glitches.

Note: because the save game format has changed, you'll be required to start a brand new game from scratch when you update to v1.1. Sorry about that, but hopefully the new enhancements will make it fun to replay!