Another Dinosaur from Dinosaurs A Prehistoric Adventure

We would like to show you our new Styracosaurus model: 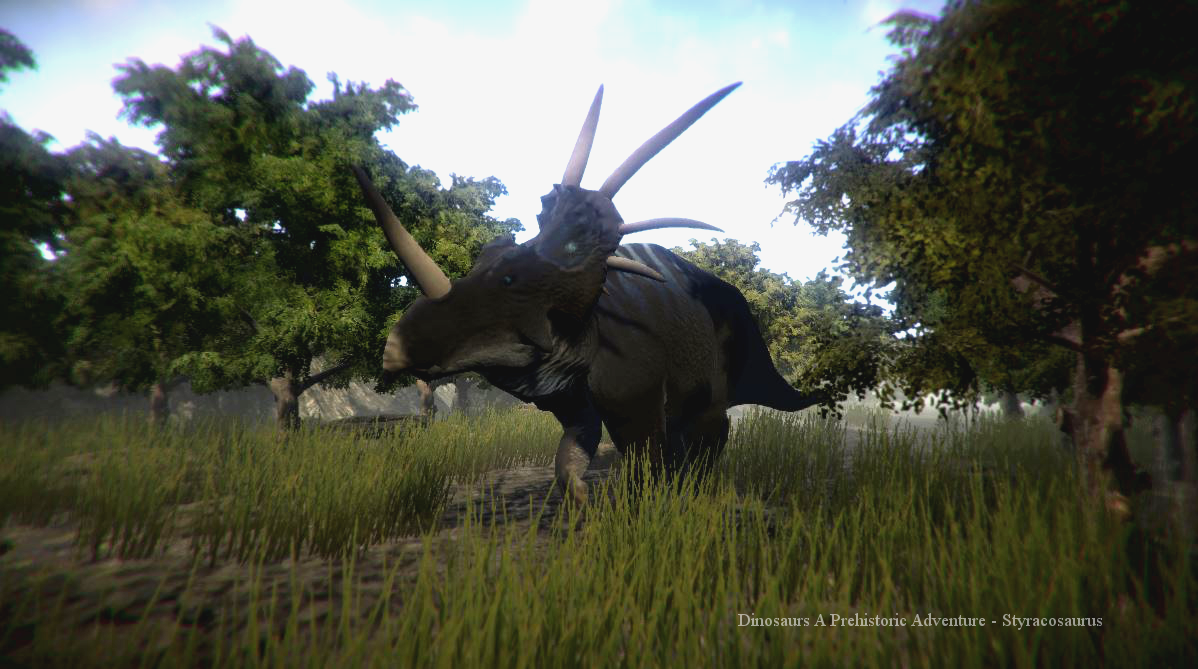 This image was taken directly from the Unity 5 Game Engine. The Styracosaurus will be one of the first, along with the Appalachiosaurus, playable dinosaur in Dinosaurs A Prehistoric Adventure. Each dinosaur is unique in their own way and each have their own strengths and weaknesses. The Styracosaurus for example would rely heavily on its strength, but lacks speed, which makes it great when taking on enemy dinosaurs head-on but would be vulnerable when low health because it would be difficult to out run the attackers.

This model was created and posed by our talented modeler Siaka, and was rendered by M. Zilvan Bey (Myself).