We are poking our heads from beneath the development crunched sands to share what has been going on in the last few days. 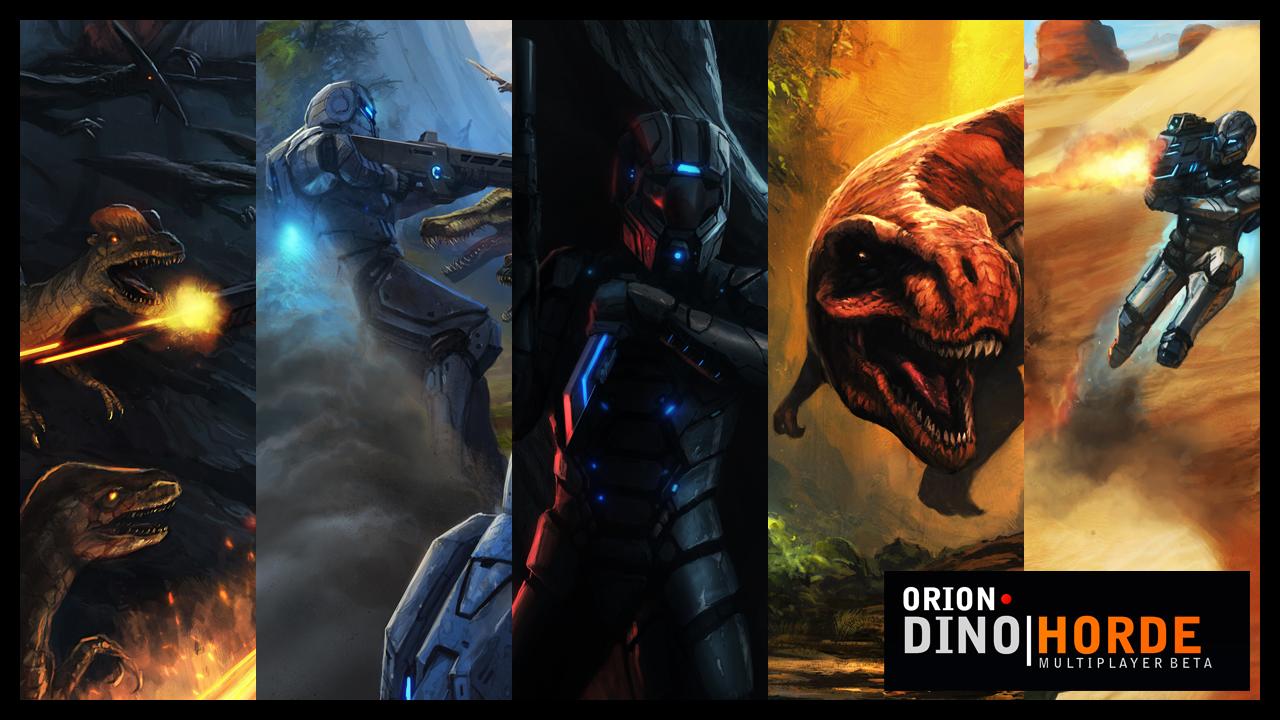 MULTIPLAYER BETA - IT HAS BEGUN!

We launched the first wave of Beta Testers for the 'ORION: Dino Horde' Multiplayer Beta. It has gone extremely great and we couldn't be more happy with it's performance.

BUGS HAVE BEEN STOMPED!

It was also a great start as we found a few more additional bugs which were all relatively minor. These will be squashed in time for Wave 2. You can read bug notes and change-logs here.

Here are a few of our official beta match captures. Each showing off different aspects of the game. Enjoy!

If you haven't yet registered for the Multiplayer Beta, make sure to do so. The only requirements are that you need to have a copy of 'ORION: Dino Beatdown' (via Steam) and a computer capable of running it.

You can sign up for the Multiplayer Beta here.

this game screams to be able to ride the dinosaurs and shoot at the same time if u ask me much like dino-rider :D