Today marks the release of Alpha4. At this point almost all the key mechanics are in place. You can get the 4th alpha right now. New maps, new combat system, new combat UI, and tone of bug fixes.

Today marks the release of Alpha4. At this point almost all the key mechanics are in place.

You can get the 4th alpha right now!

For Mac / Linux builds check out the downloads page.

If you’d prefer to play in your browser. (Chome users can try the WebGL version)

One thing that had been on my to-do list for a while was to redesign the combat system into something simpler. Alpha3 had a pretty huge bug where monsters would only hit for 1 or 2 damage, so now seemed like a good time to relook at this.

First I needed to build some debugging tools.

I knew I’d be changing and tweaking the combat formula a lot. So wanted to be able to see at a glance when changes break something. The solution. A combat simulator. 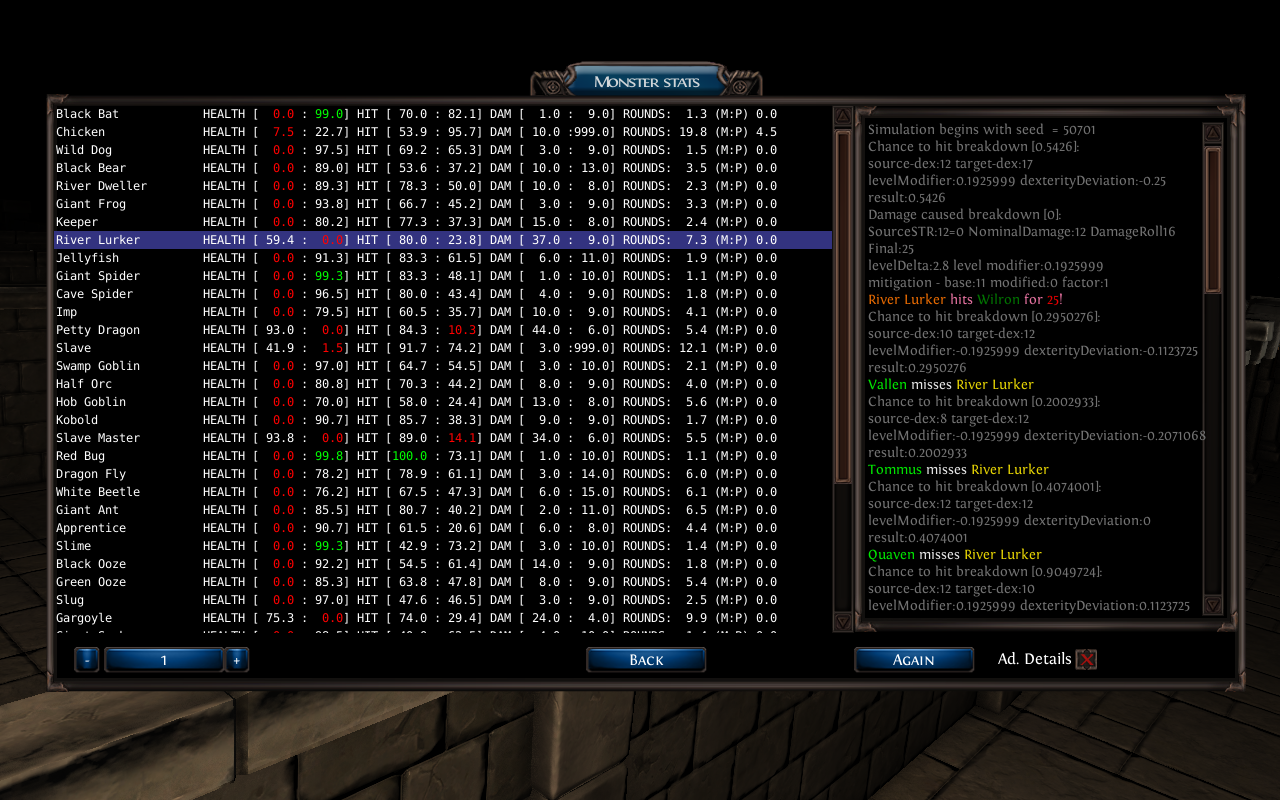 I start with a default party. (Which is a group of 4 moderately equipped level 1 characters). Then I fight that party against each monster, and his companions, 10 times recording the results.

The second number is the parties average health at the end of combat. This lets me know what an encounter with this monster will do to a starting out player.

You can see most monsters will take off between 10%-30% of a party’s health which seems about right. But there are also some much tougher monsters. The Slave Master for example. This guy will take you down pretty quickly.

This is an important part of the games difficulty curve. One job for the player is to start to learn which monsters are deadly and which aren’t, as well as which parts of the map are too hard and which are OK.

As well as updating the combat system I thought it was about time to update the UI too. I used to have a combat message log under the main window 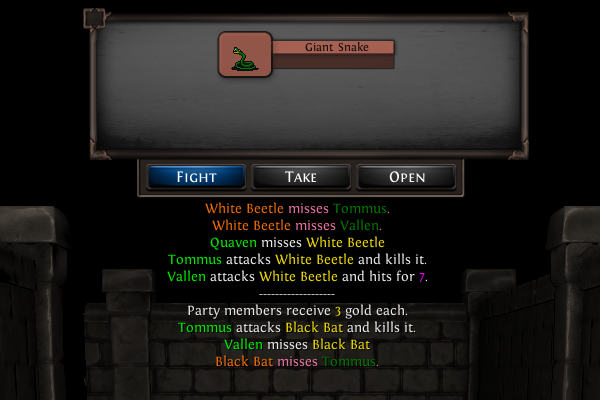 But never liked it very much.

What I’ve done now is put all the information in the one window. Each monster has a short message explaining how it hit you, and I’ve added “damage splats” for when you hit a monster.

This should streamline things quite a bit.

If a player wants to look back through the log it can be opened by clicking the log button.

I’m getting closer and close to a beta release. Although there are lots of small things left there are really only a few big ones: Non-combat spells, and adding a ceiling.

All going well I’ll have a playable Beta1 ready for you guys September 1st.

Endurance can be found on a sites, mine, IndieDB, and itch.io.

Most of these I’ll just be updating for major releases, however the most up-to-date version can always be previewed from my website here