So your'e wondering what this is? Well Acaratus is a dream born from a passion of Tactical RPG's such as FFT, XCOM and hectic, competitive online gaming such as MOBA games. The plan is to fuse that in a way that makes a turn-based, tactical arena brawler fun in a more competitive and online driven market.

Acaratus is set in a medieval steampunk world after a long conflict people are lost and in search for hope. So the gladiator like competition came forth bringing Acaratus by a man called Bronimir Acarat, inventor of the steam powered beasts and subsequently the tournament.

For more info about us and the project stay tuned for our next update later down the line. For now you can read more about how this game is going to be played.

Each player commands a collection of characters they carefully picked. The player will be able to choose from a variety of parts to ceate their own unique competitors with different adjustable abilities. Once in-game the you will control one character at a time from a top down view. At your turn you can issue orders to your mechs by selecting one of them and clicking on a empty spot to move or clicking on a target within the mechs reach and selecting an action in the Actions Menu.Each characters actions and movement cost Action Points and the turn ends when your AP is depleted or the timer runs out. AP will be filled up with a fixed amount for the next turn. AP doesn’t have to be used all at once, it can be saved for special attacks or planed out strategies.The player can choose when to use each mech and doesn’t have to play with all of them in every turn. If the mechs life gets depleted the mech falls to the ground and dies. When the opponents mechs are defeated you have won.
Build your contenders!
Climb the Ranks! 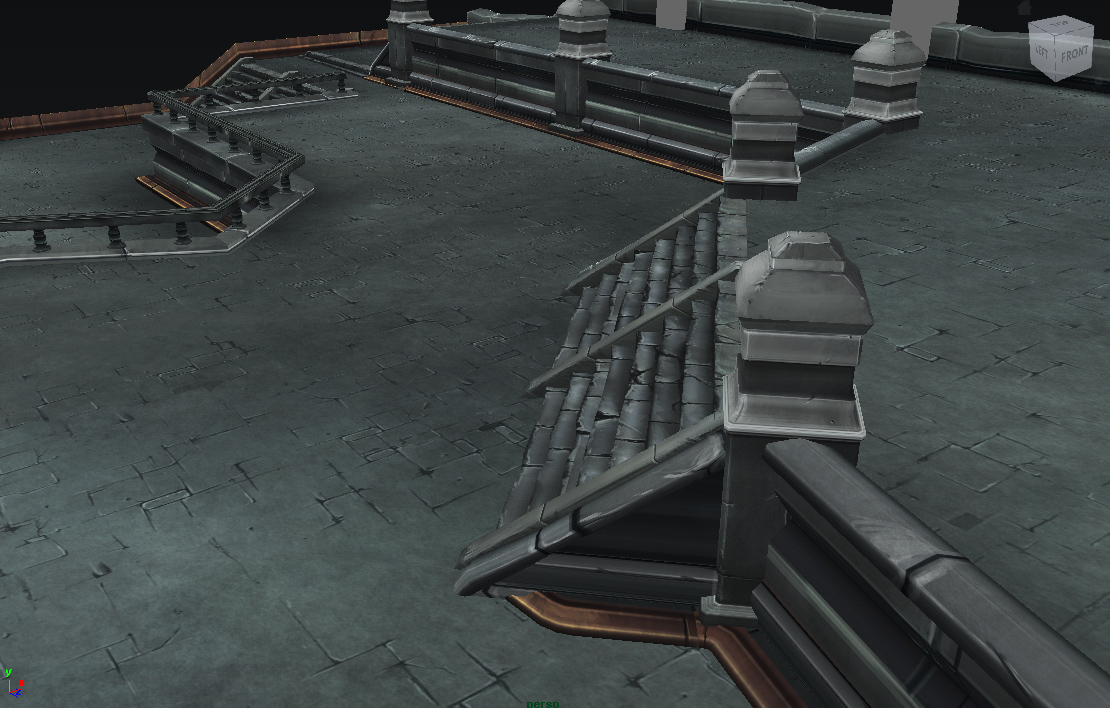 *screenshot taken from Maya (unlit), as you can see we go heavy on the handpainted artstyle*

thanks for your time and hope to see you on the arena!