The development process of Lost Story is going since 2012 and we haven't had any stops ever since. Well, there are minor exceptions such as exams, but we are still pursuing a goal of making the process as much stable as possible, preferably 8-12 hours and 5 days a week.

The second month of summer is coming to an end, and we believe that it is time to reveal some of our cards and share new information with the fans of Lost Story and Half-Life universe.

The development process of Lost Story is going since 2012 and we haven't had any stops ever since. Well, there are minor exceptions such as exams, but we are still pursuing a goal of making the process as much stable as possible, preferably 8-12 hours and 5 days a week.

We really appreciate Your feedback. Remember, we are always happy to look through Your response about our line of work. Do not hesitate to submit your questions in the comment section, we will always answer them.

Back to the topic at hand.

In the middle of 2014 we've begun working on the custom content for Lost Story, like inanimate objects, characters, weapons. And we can speak freely in regard of the weapon development process. As of now we are working on adding new elements of weaponry into the game. This requires writing a special code and script, as you can imagine. This will allow any armed unit have it's own set of characteristics with their own pros and cons. Don't forget that all weapons in the games are balanced. This is another matter that we are paying special attention to during the tests. 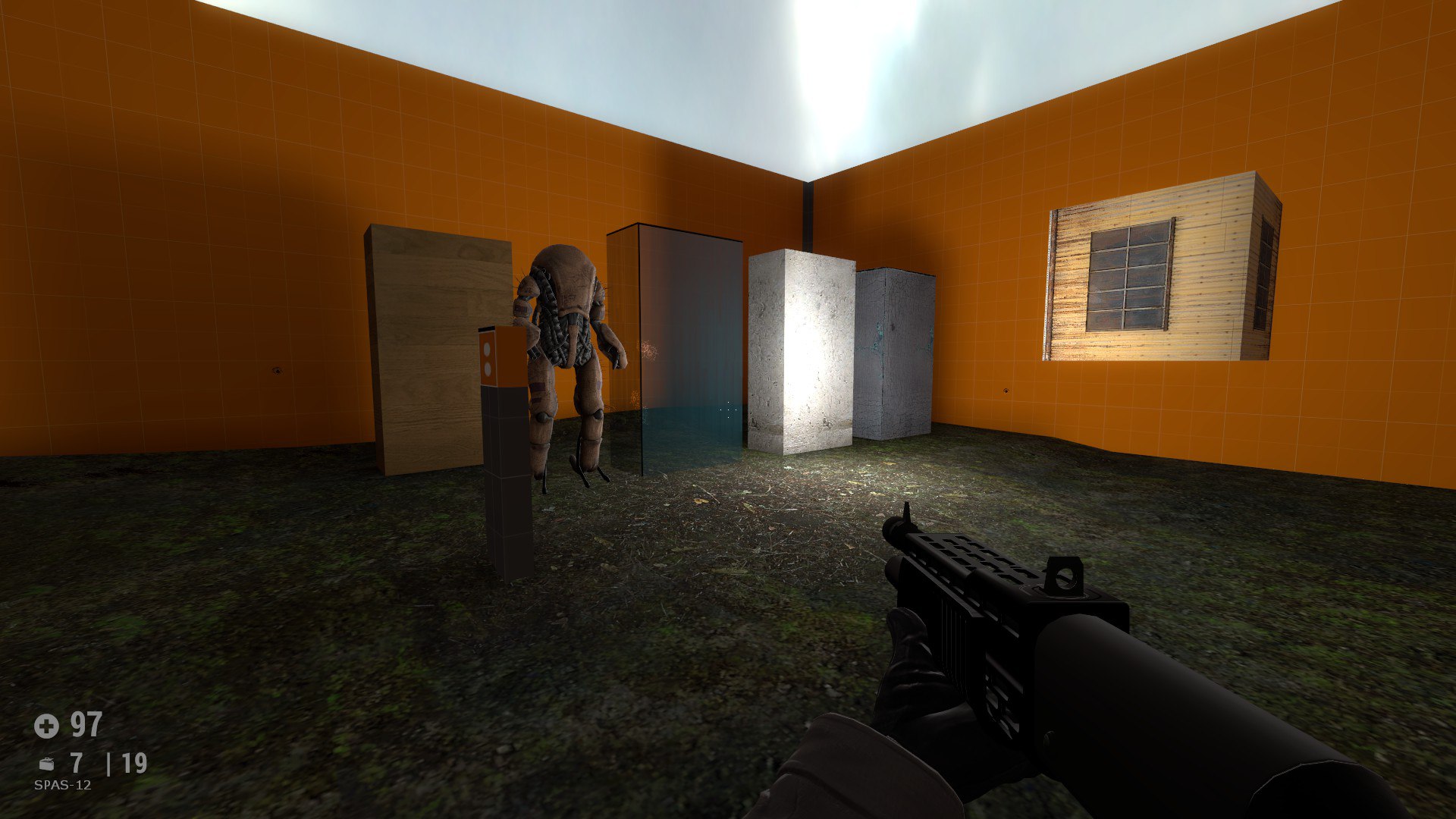 The weapon system in "Lost Story: The Last Days of Earth" will be similar to the one you've seen in Left 4 Dead 2. Basically, you will be able to carry one type of weapon for each slot: 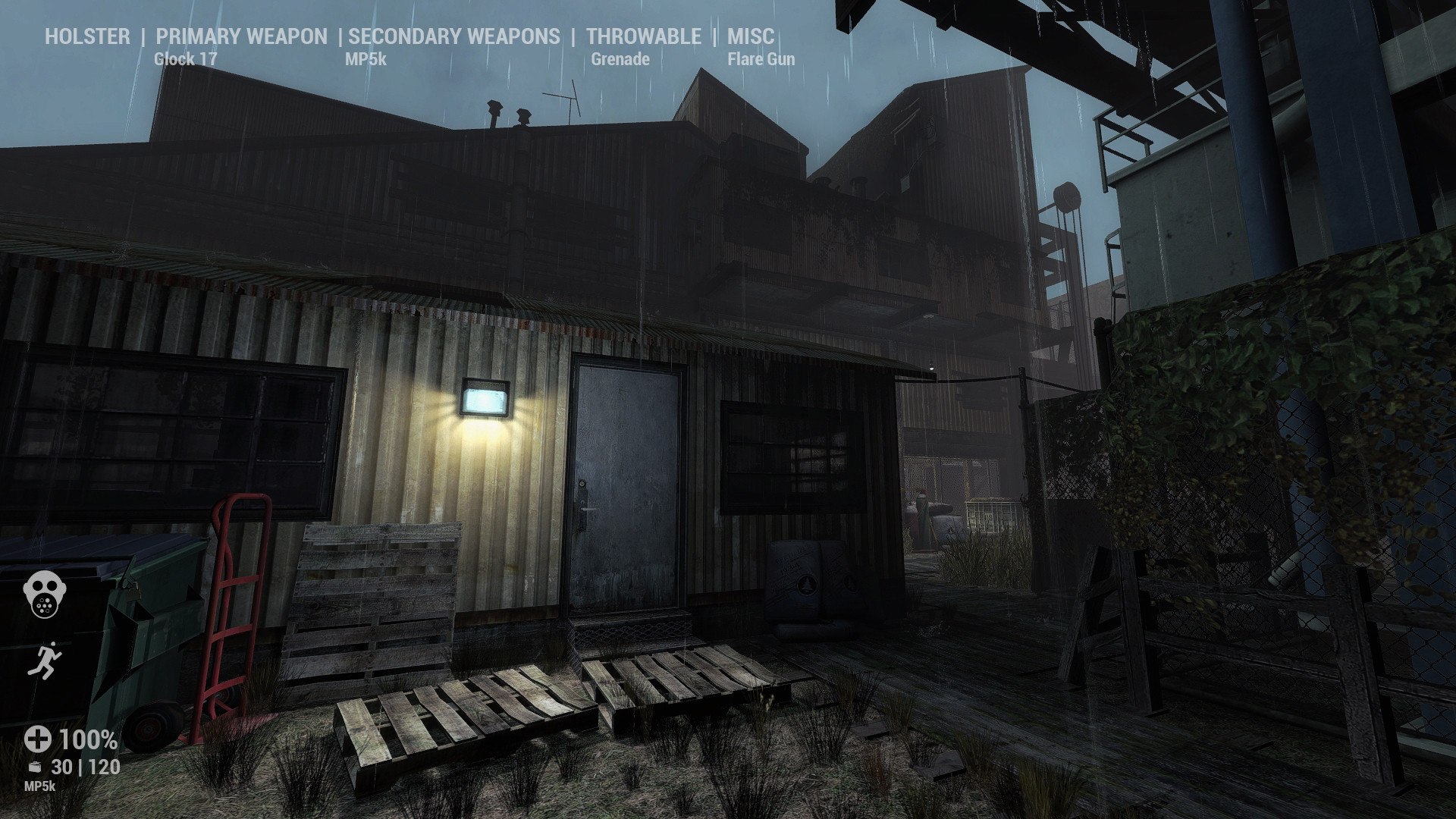 In addition to that you will be available to attach certain mods to your weapons such as silencers, scopes (holographic, optical, etc.), laser pointers, flashlights and so on. Unfortunately, you will not be able to craft the legendary Canadian sniper rifle (a crowbar with a sniper scone and a suppressor)... at least not until the release of the Collector's Edition.We are having a very long a bitter discussion regarding the problem of shooting through some objects and walls like in Counter-Strike: Source or Counter-Strike: Global Offensive. The opinions in our team vary. Basically, there are 3 possible scenarios. 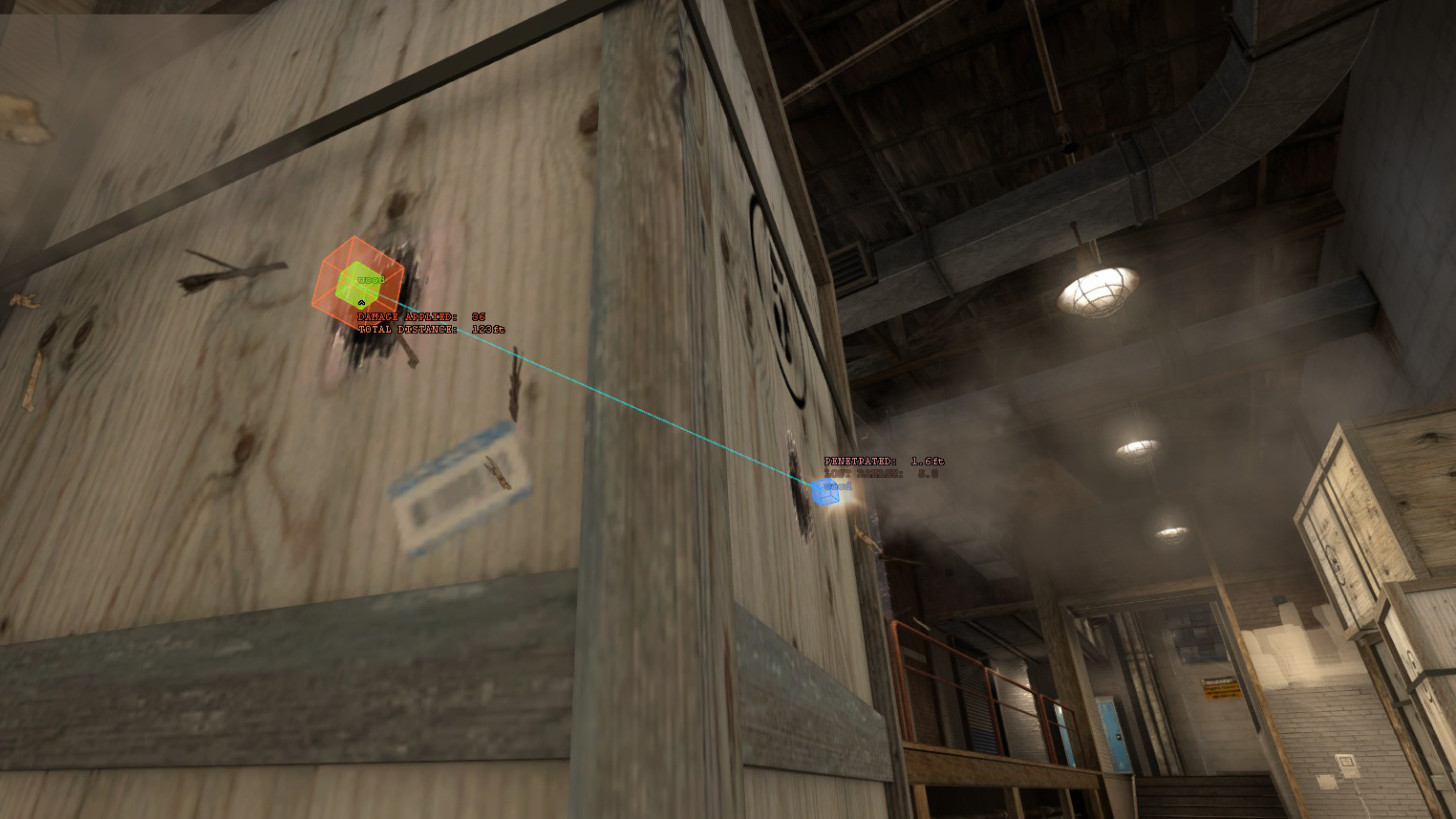 On the one hand, given the opportunity to shoot through walls, the player can simply obliterate anything in the next room, causing a huge imbalance in player's advantage. The AI won't be able to recognize the source of the threat and in most cases will die before having an opportunity to shoot back.

On the other hand, both the player and the AI have the opportunity to shoot through walls. The AI will be able to react, but the reaction time is too quick, which causes an immediate response. Imagine if someone would shoot the player in the wide open field while the player is blindfolded.

The final variant is the best so far. Both the AI and the player can shoot through walls. The AI also has the ability to remember the last known position from where they were fired upon and they will suppress this position for some time. Unfortunately, as in the second variant, the AI will be able to react to different sounds like objects falling of player's steps, which allows the AI to gain an advantage against the player. As a result, the player will fill as if he was playing with other players with AIM-bot support. 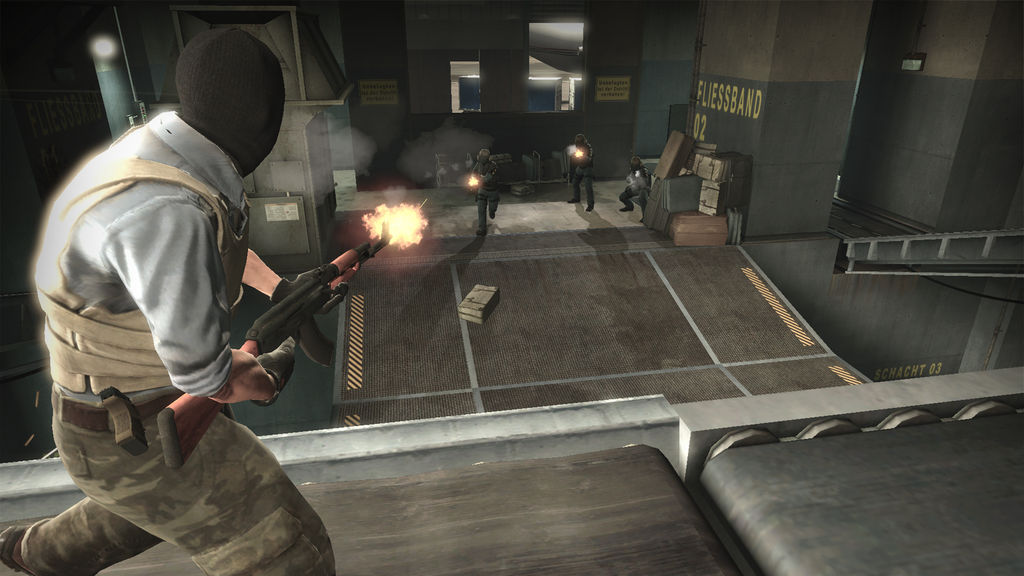 This is the main reason why the chances of these features to appear in the final version of the game is highly unlikely. It will mainly depend on the results of the tests on every game location.

As always, You can leave Your feedback in the comment section. We will certainly be glad to know Your opinion on the progress so far.

I didn't know this was still being worked on. It looks fantastic!

The solution for the last option would be very simple: You could increase the loud of the sound emited by enemy NPCs so the player can know where they are too. If that's not possible then you can apply the sound system used by the classic Splinter Cell games where only the closest NPCs can hear you so you can kill them one by one. Also, the old Splinter Cell games had a player speed system where if you walk slower you are quieter, if you walk/run faster you are noisier. There were five speed levels:

1.- Slowest movement. Undetectable.
2.- Increases speed a bit. Almost undetectable, NPCs must be really close to you to notice you.
3.- Fastest stealth speed. You don't make any noise but you are much more noticeable. Perfect for situations where you need to take down an enemy quickly and quietly.
4.- You walk faster and make a little noise. You can use this speed if there are external noises that are louder.
5.- Max speed where you jog. You can use this speed if you want to escape.