New devlog entry for Shardpunk, about the bridge level. And yeah, the characters will not be having fun there. They will be killing rats.

(totally tired today - will try to keep this short)

I believe I did mention previously that the final mission of the first chapter in Shardpunk will be taking place on a bridge. On the contrary to standard missions where your goal is to reach the next shelter, where the player is tasked with surviving for enough turns so that the sewers entrance becomes open:

The vermin keeps on spawning on a constant basis. They can be approaching from both sides.

Now, the biggest problems I had on this level were to make sure that a) it's fun and b) it's not too difficult.

The difficulty issue is a tough thing, and I am aware that I'm still not in point in time to be balancing stuff, especially as I am still tweaking with the weapon upgrades system (which I plan to write about in a separate blog post).

About the "fun" part, I decided to add a twist to the level. I don't want to spoil too much, but escaping will not be as easy as just opening the sewers entrance.

Also, to make sure that the player tries to push their luck, there will be some loot crates placed further away from the exit shaft. It'll be up to the player to decide whether these goodies are worth it. 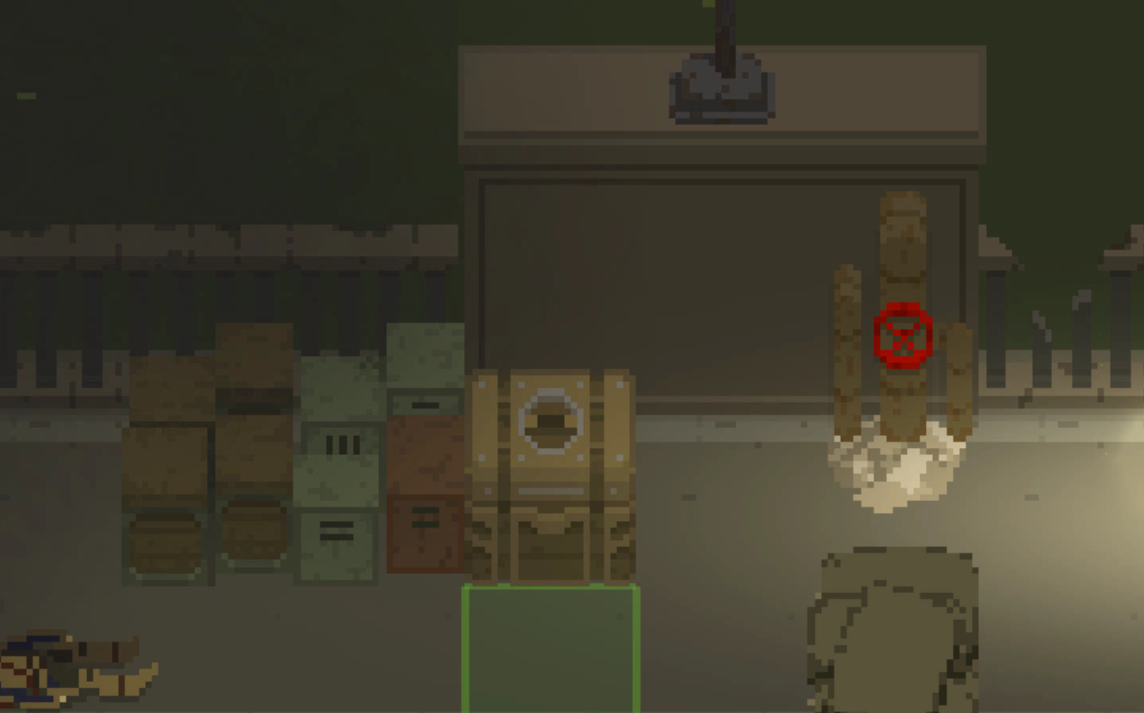 And what will be in these goody crates? Well, that's a very good question, which I am trying to answer myself as well! I mean currently they hold weapon parts, but I am pretty sure that won't be the case anymore. I will write more about it in my future posts.