I believe I did mention more than once that traveling through the vermin-infested Capitol is a dangerous thing. I mean there are lots of not-so-friendly big ratmen out there.

Yeah, the perma-death feature from Darkest Dungeon and XCOM (including the original XCOM series) always amused me. Once you lose a character, they're lost for the rest of the game. I believe that this feature was also what hooked me to the first roguelike games I played, including Nethack (anyone plays this anymore?).

Anyway, as the development on Shardpunk was progressing, I noticed that maintaining a good game balance with perma-death present is actually difficult - especially that the player is controlling up to five characters.

In games without perma-death, if a squad member is down, they will quite often magically "recover" after a fight, allowing you to continue the game with no real losses. Sure, you had a disadvantage during that combat, as one of your characters was down, but after that, you're again good and well.

Shardpunk does have permadeath present. But - in order to make the stuff more interesting, characters do not insta-die when their HPs reach zero; they transition to a "bleeding out" state:

Characters are still vulnerable during that state. I mean the AI won't shoot them (that would've been too savage), but they can still be caught in an AOE attack - which will instantly kill them:

The player has a number of turns to revive the character, using a stimpak:

Speaking of which, you can see that now every character has a new "reach out/give" animation that is used for both reviving and healing allies:

After a character is revived, they receive the "severely wounded" trait. It prevents the character from performing any actions in the shelter. Such character needs to be healed using medical supplies in the shelter phase to get back to become fully functional again. 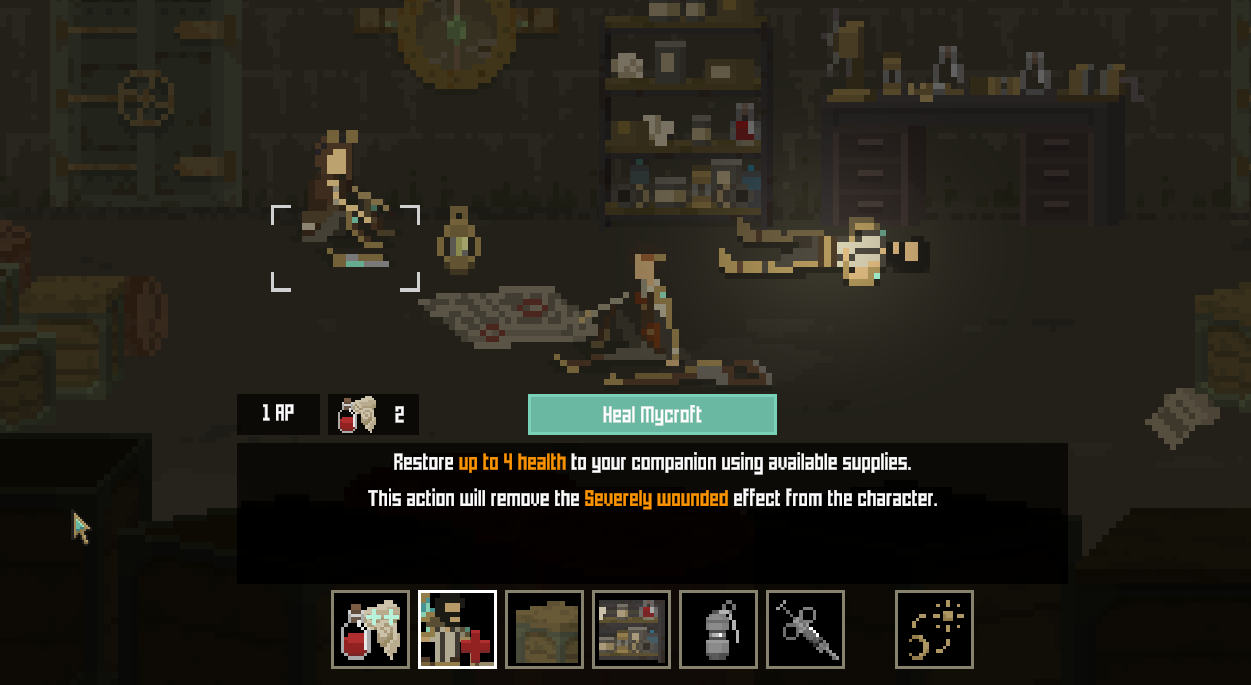 Oh, a character can only become severely wounded once per combat. The second time their health goes to zero, they're gone.

Still, even though this approach will make perma-death less worrisome (as the player will have some means of preventing it), the difficulty scaling issue will still be present. Should it still be possible for the player to successfully play through the game having only a single character left? I doubt it - even though I believe there should be special achievements/unlocks if one manages to pull it off (e.g. finishing at least one mission with a single character could unlock some nice weapon add-ons, or an interesting character).

Also, the player will have the possibility to rescue more characters along the way, which will allow them to replace the fallen ones. This feature is still deep in my work backlog though.