In this update we want to show you the beginning of the creative process of our charater, Camille

So this week we decided to show you something a little bit more interesting, the character design of Camille's Breakthrough, ie. Camille herself.

Since the beginning of this project, we've gone through numerous ideas for the character of our game, and you've followed this progress in the posts of April, where we showed as a general idea a male character, middle-aged and of great robustness. The change was made after several studies of target audiance, where we observed that with the mechanics and puzzles we were developing, the character would have to change a bit, thus arriving as Camille.

That's how we began its first stages of development, where we explored forms and visual details to compose the character, creating several slightly different thumbnails to find the look we felt it was more fitting . 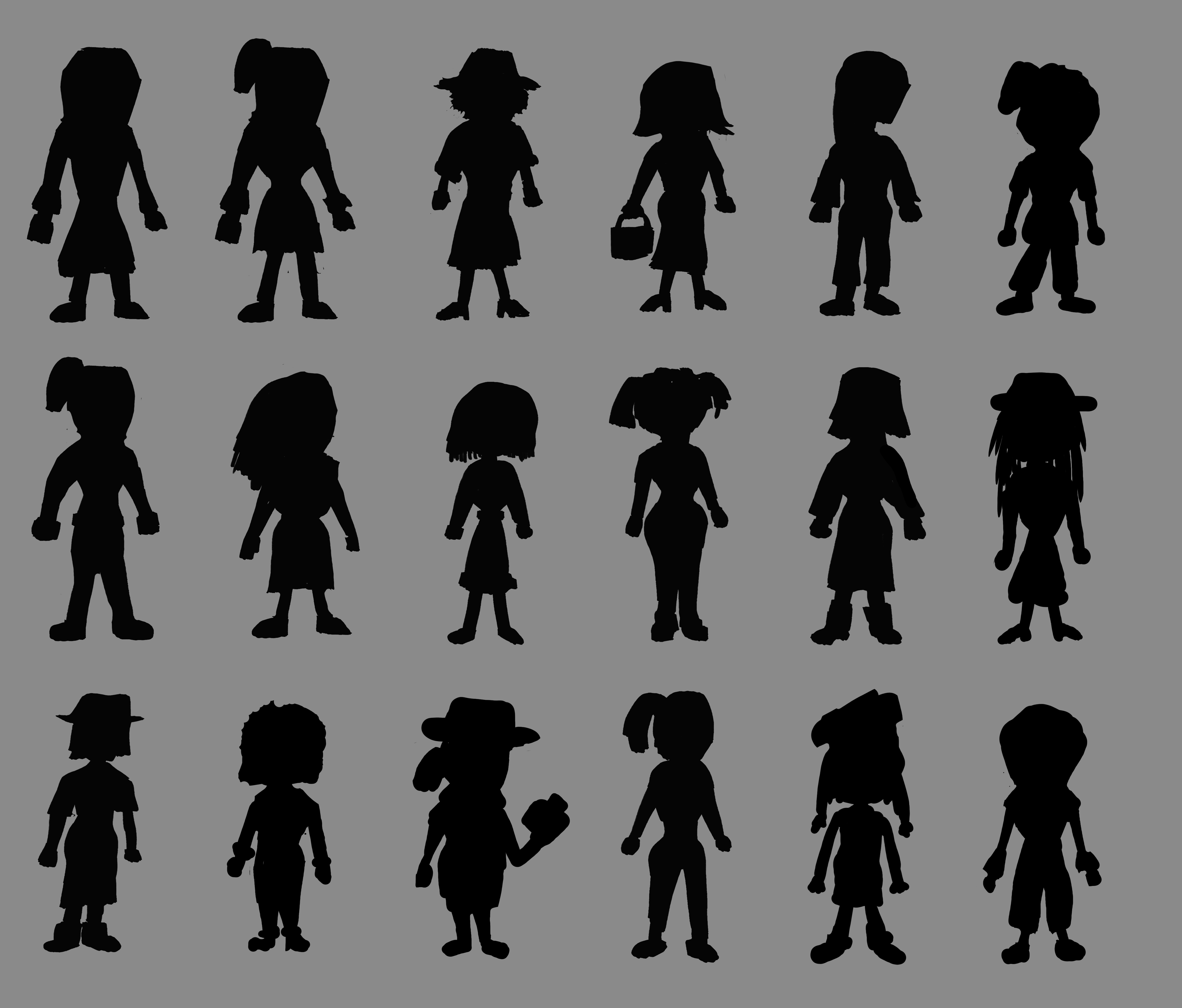 ...and exploring round shapes to their fullest potential. What would Camille's curves look like? Good question... 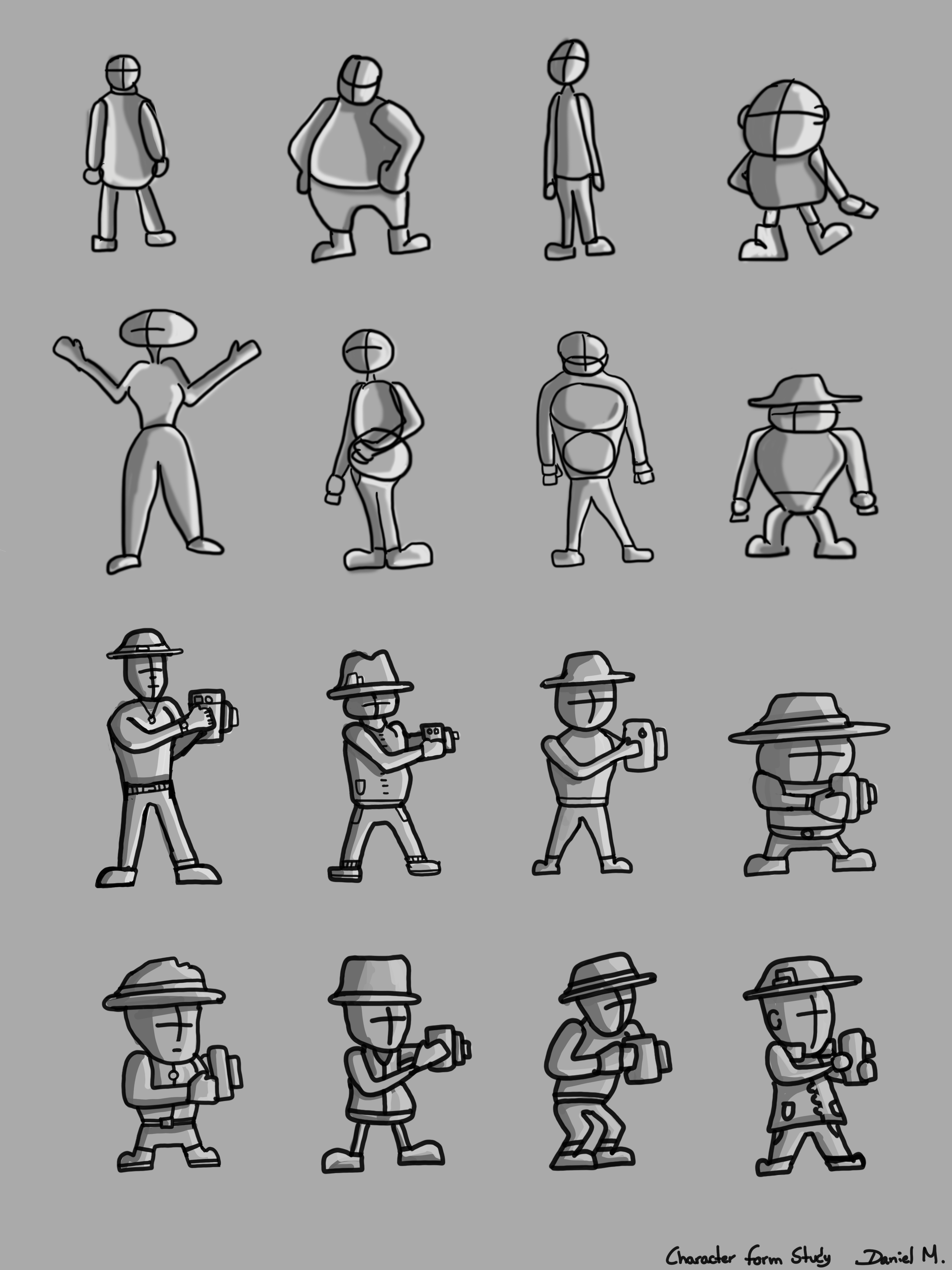 The round shapes of the backgrounds were there, the market study too, all that was needed to transform the ideas into something finalized, which, by this time, it was a simple thing to do. But it was necessary to explore more, take a result and explore it to the fullest, and especially work on its portions: head, legs and composition of the clothes, this time with some small details. 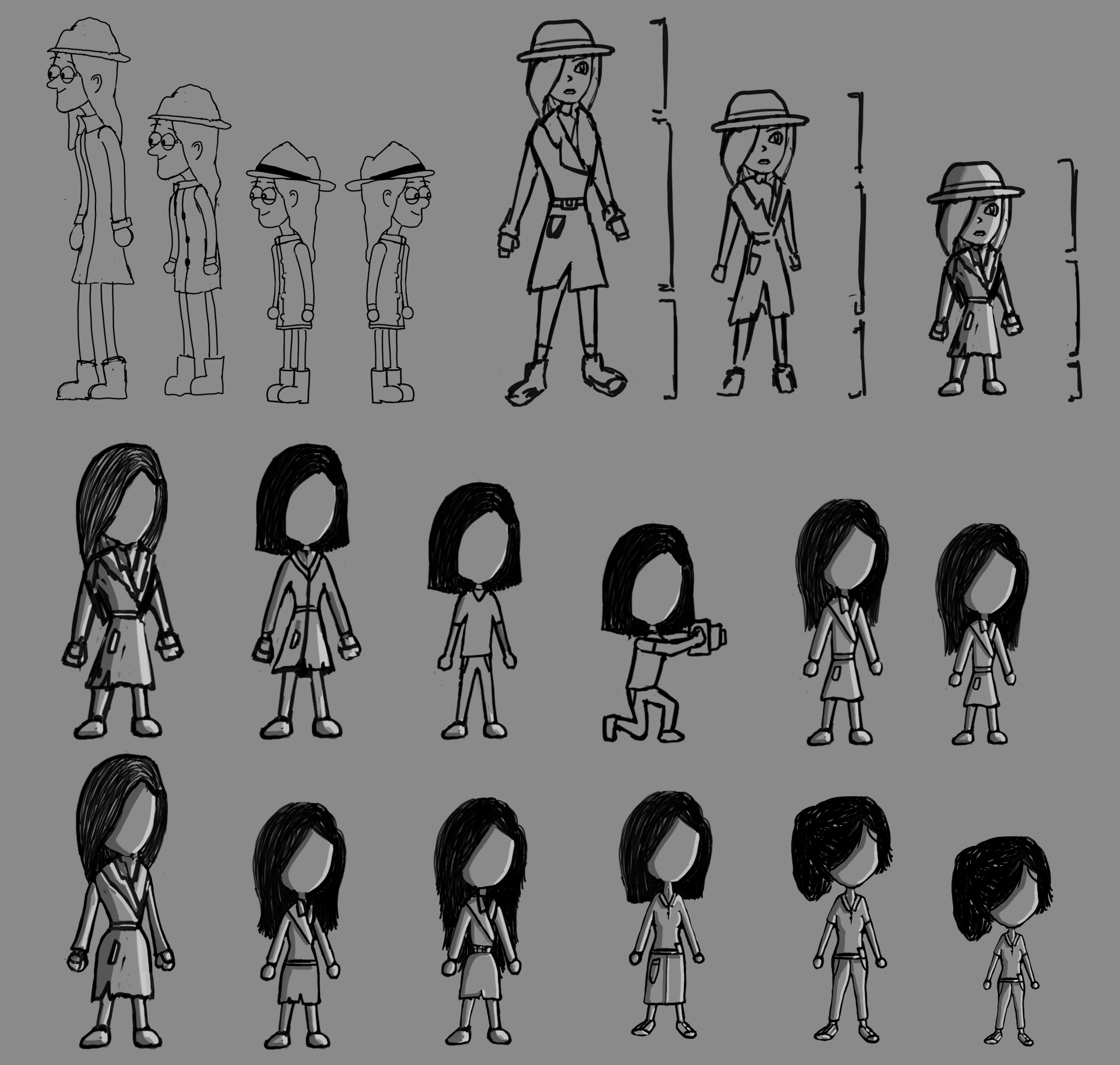 Now that we already have a fixed look, although still in sketch, we started to create different views of it, because, despite everything, it was still something done in 2D, and recreating its different perspectives would have to be done correctly to truly convey the posture and full details of Camille. 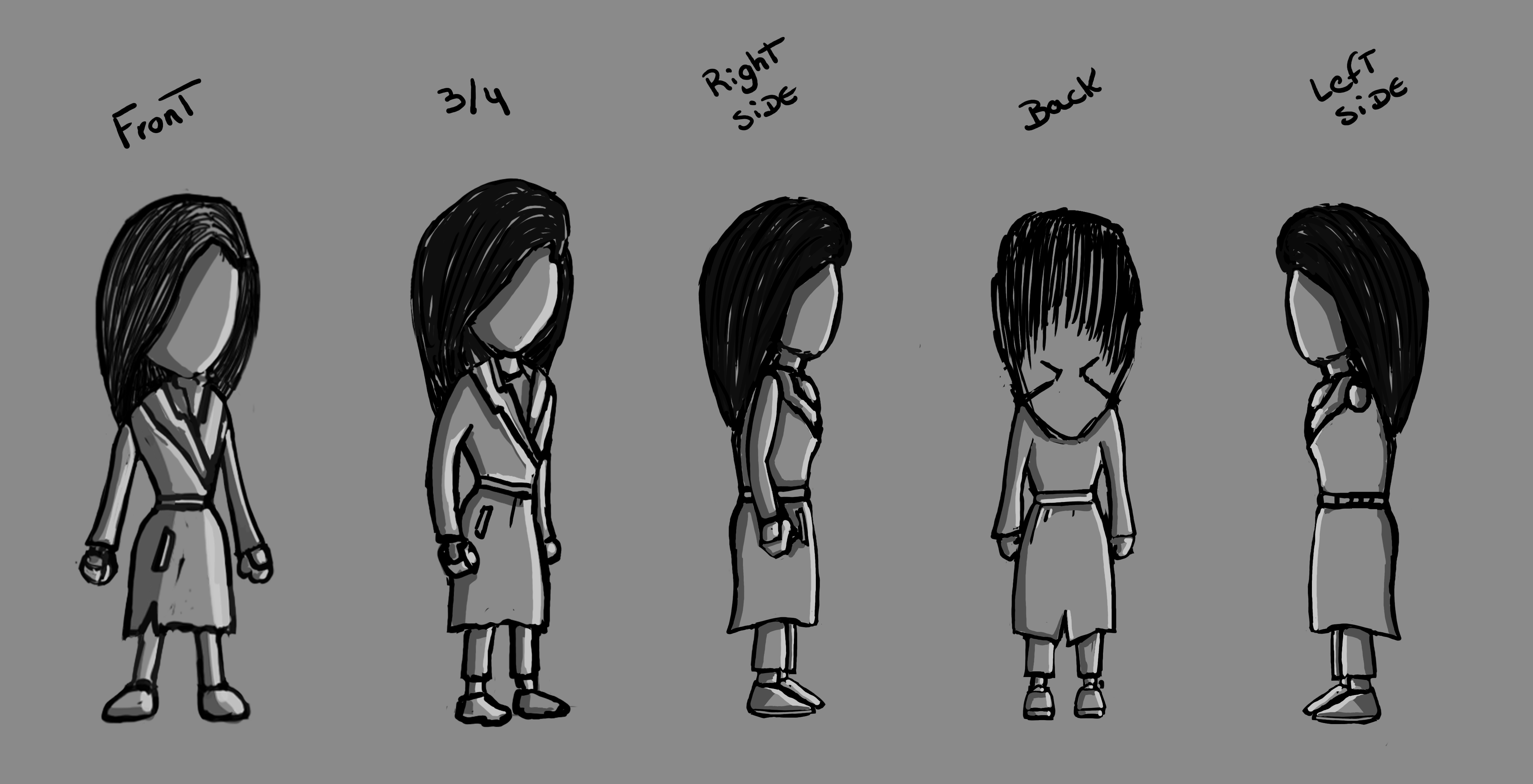 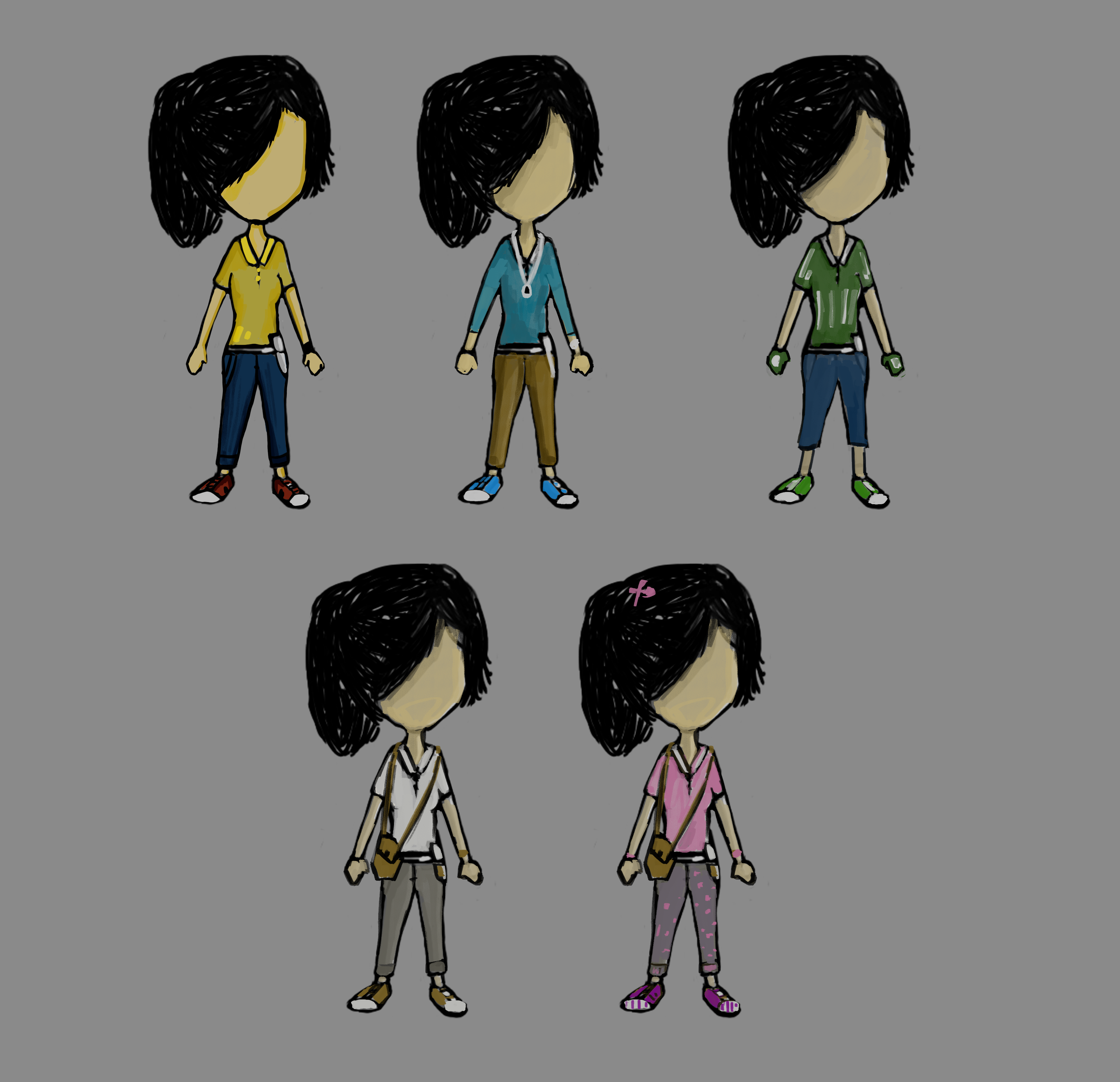 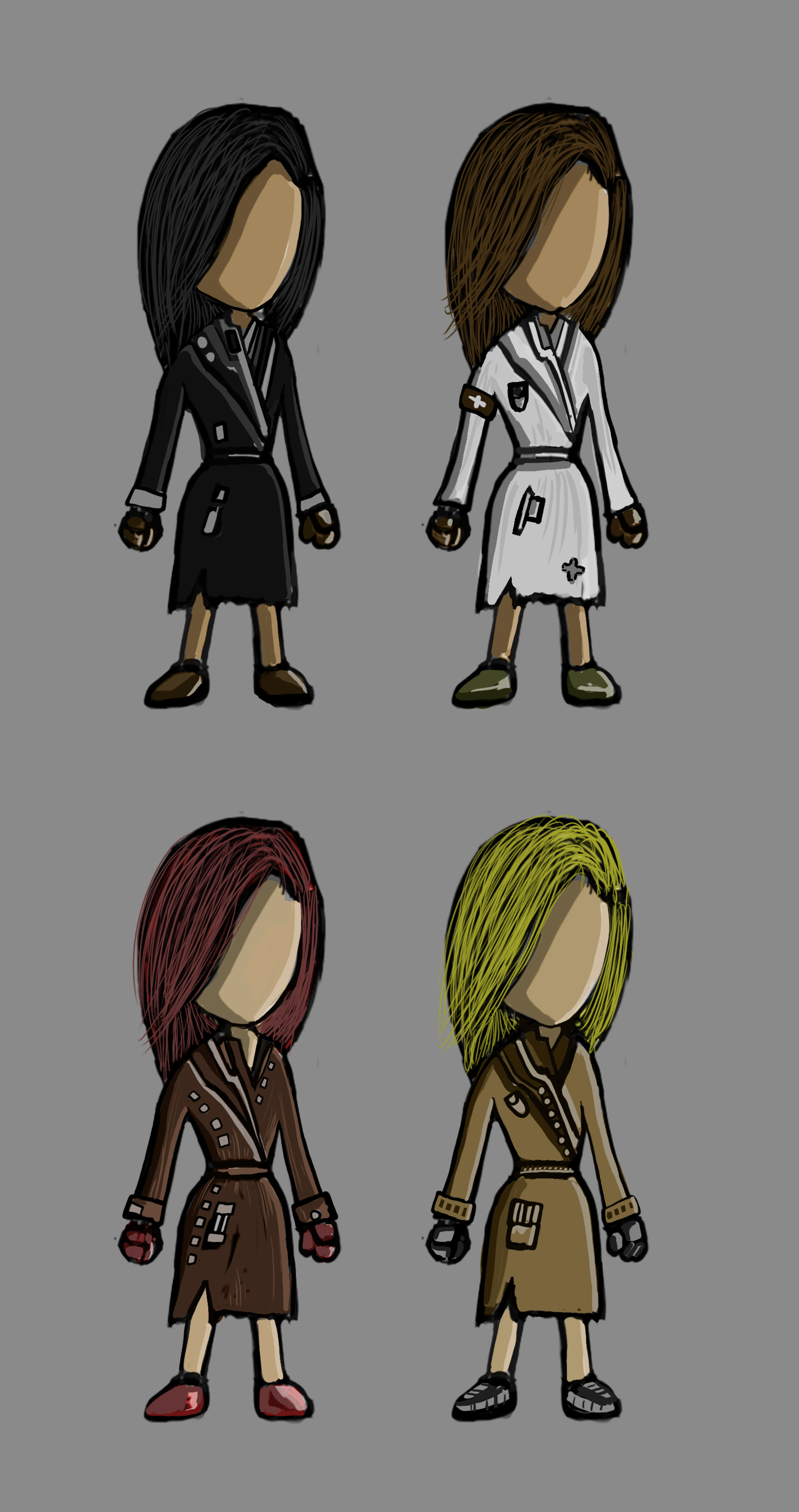 At the end of the day, they continue to be studies, nothing is definitive and small changes in other branches of the game are always happening. Like so, we must be prepared for the change.

We hope you enjoyed what we showed you this week