Post news RSS Devlog #67: Moving on with COVID-19 all around

New devlog entry for Shardpunk. Despite all the negative things going on, I am moving forward with the development.

Due to the outbreak, Polish citizens are now asked to stay home. Schools, cinemas and many other businesses have been closed. My wife is working as a photographer and all her sessions have been canceled. Luckily for us, I am able to perform my day job fully remotely.

Still, life goes on. I am still working on Shardpunk mostly during the evenings, so not much has changed here. And because the children are at home all the time, we even have more opportunities to spend quality time together. It's a good thing that I bought that PS4 earlier this year! :)

The Digital Dragons event - which was the main reason I decided to publish the 2nd demo, despite the tactical layer not being finished - has been postponed to September. The deadline for submissions to the Indie Showcase Awards has been moved to somewhere around May/June. This gives me time to polish the game and/or add more features.

This whole situation reinforces the thing I was aware of when I decided to start creating "Shardpunk": you should never wait for a "good time" to start working on your project. Things around you will be changing all the time (be it for the worse of for the better) so the best thing you can do is just be persistent and carry on with your work.

And that's what I am trying to do.

So here's the latest update for Shardpunk:

I am getting very positive user feedback for the 2nd demo (by the way: if you haven't played it, go grab it now). It has reached 100 downloads after 15 days. 1st demo was being downloaded 380 times in total in the span of 4 months.

The suggestions and remarks posted by the players are truly unremarkable. It is really an awesome feeling that there are people out that like the game and were willing to spend their time to post their comments and/or gameplay suggestions. Stuff like this gets me going!

Also, a message to the people who have filled in the post-game survey: worry not, I will surely respond to each and every entry!

Oh, and I'm proud that Shardpunk has now an article on the pixelpost page! 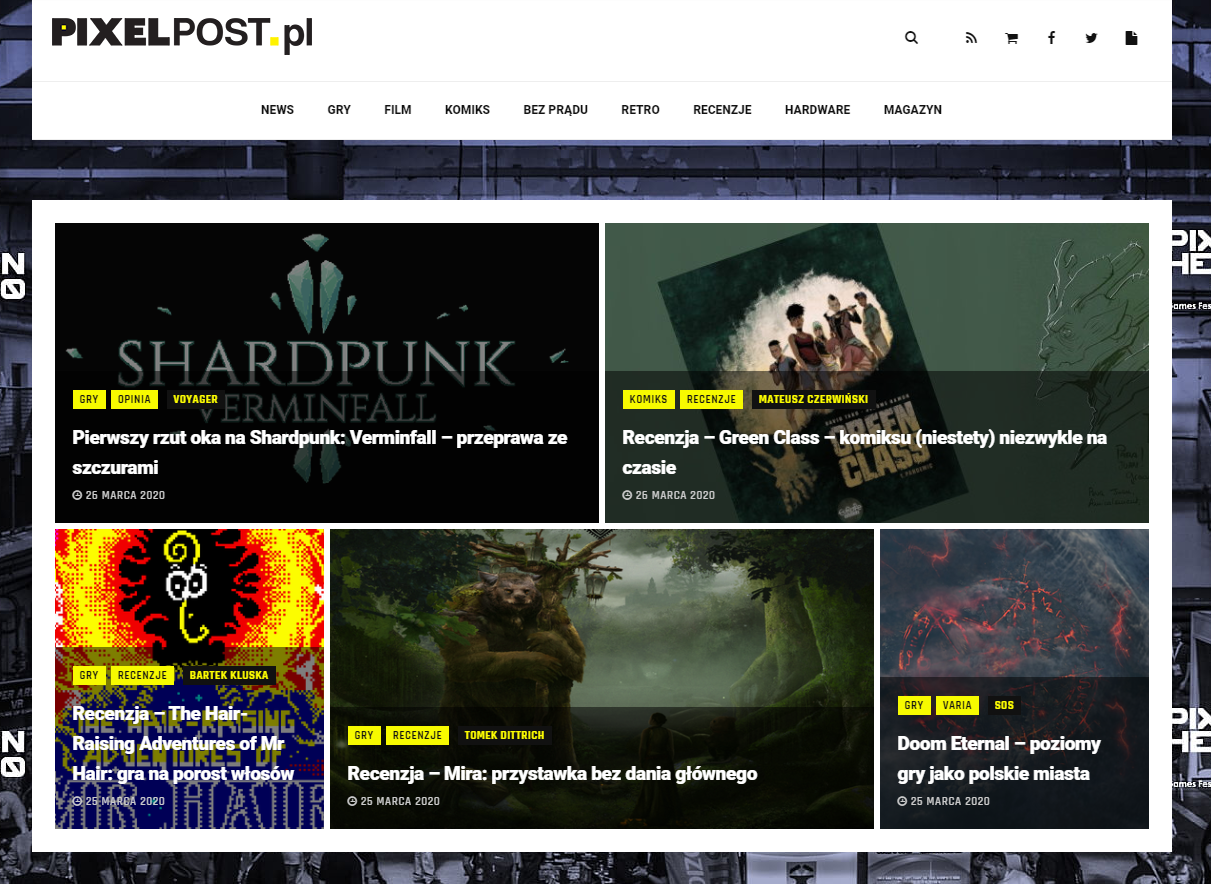 Even though I know it's not a fair comparison, it does feel great to be featured next to Doom Eternal :)

Anyways, let's talk about plans: I have around 2 months (maybe a little more) before the new Indie Showcase Awards deadline. I can either submit the same demo there (with possibly some few minor fixes) or try to create a 3rd demo having more features. I will shoot for the latter and we'll see how it goes.

So, the next tech demo will be about introducing stress and shelter mechanics.

Stress is now a stat that the player needs to be aware of. 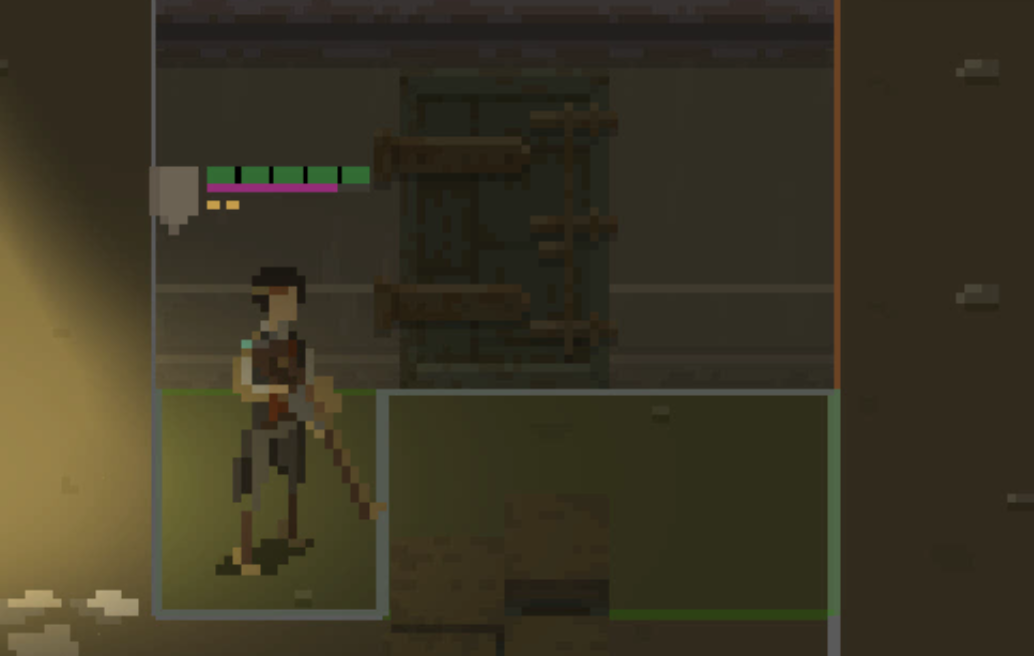 If the stress goes high enough, the player receives a "stressed" trait. This gives a % to hit penalty. Also, if the stress remains high, there's a probability that a character will receive a negative quirk. To make this thing balanced, receiving a negative quirk is currently only allowed once a day.

Characters gain stress each time they receive damage, or if any of their allies die. Stress can be regained by using stimpaks and killing enemies. The exact amounts of stress lost/gained will have to be defined later after I will have the whole gameplay loop present. 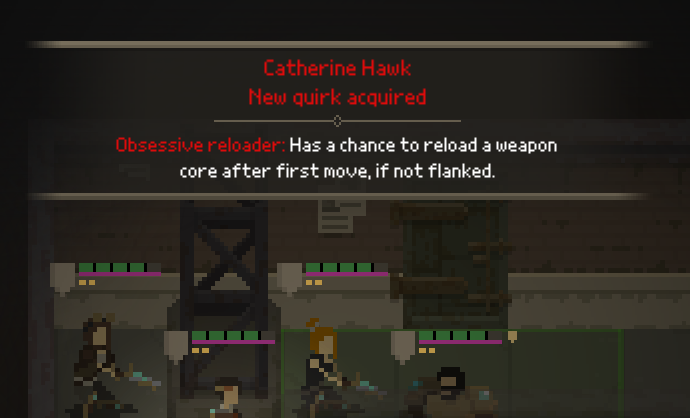 With these stress basics in place, I am ready to start working on the shelter mechanics to finalize the gameplay loop. Hopefully, I'll be able to write more about this in the next devlog entry.