New devlog entry for Shardpunk. I'm writing about new ways I approached the combat evacuation mechanics. And the gifs are there.

One thing that I knew will be changed after I release the tech demo was how the evacuation points mechanic was implemented. There were two evac points being present on a map, and they were semi-random (picked from a collection of available evac points).

Having evac points present on a map all the time had its good sides. The players had a clear idea where they should go, while still making sure that they need to gather resources.

I wanted to try out another, more flexible approach that I've seen in the Long War mod for XCOM 2: dynamic evac points.

So the idea is that there are no evac points on the map initially. The player can freely roam the map, searching for stuff and fighting the growing number of enemies. When the player decides that it's time to go, they call for evac. 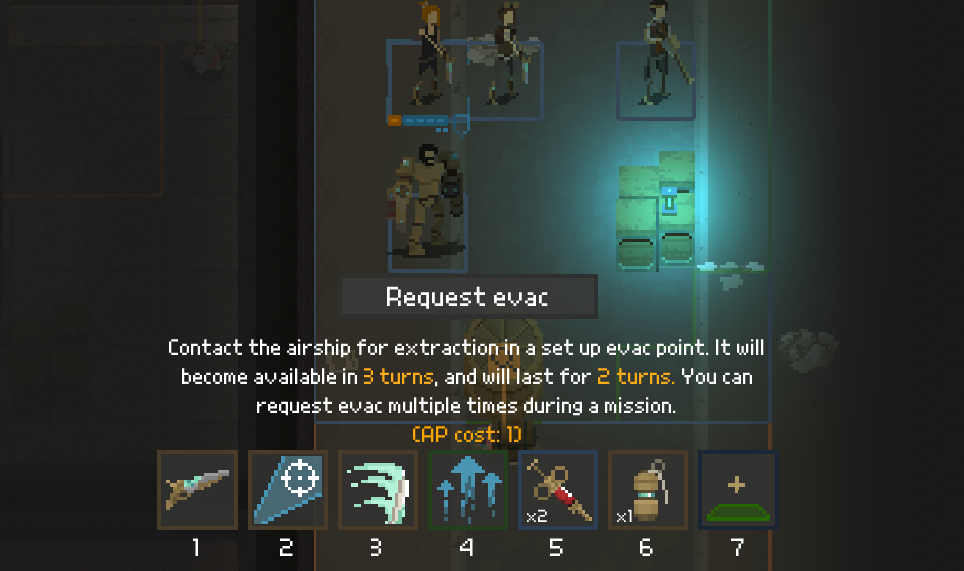 Now, here's the interesting part: the evac does not arrive at once. It needs a couple of turns for the airship to reach its destination. 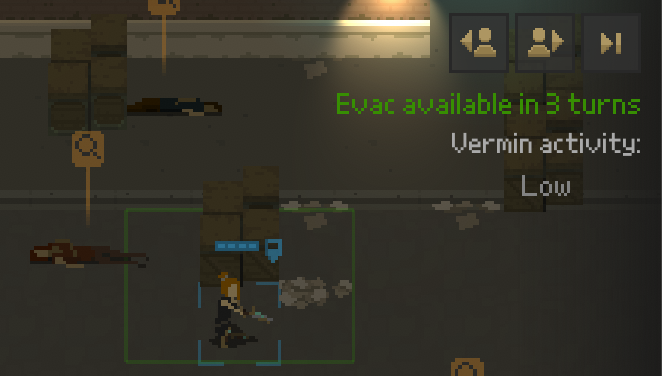 Such an approach introduces some new depth, as the player should plan their future moves to make sure that they are ready to evacuate when the evac zone becomes active.

To make stuff even more fun: evac points only stay active for a couple of turns, then they disappear. This is to make sure that the player does not place the evac in advance and stops worrying about it. 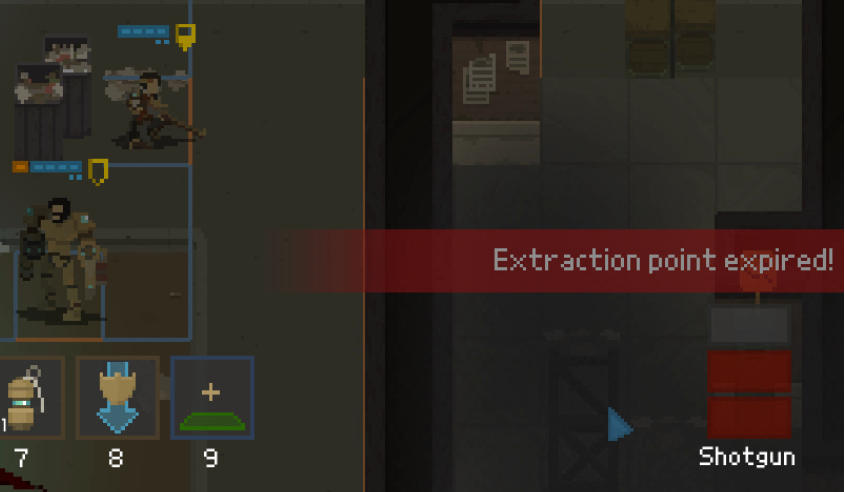 Of course, it is possible to call for evac more than once, but it always requires you to wait for it to arrive. I might also consider adding a cooldown on the ability to prevent the players from spamming it if that turns out to be the case.

I've playtested these new features a few times, and they seem like a good change. The downside might be that the player does not know where to go at first (as there's no evac present, so there's no clear exit point). I am not sure whether this will be a big problem. After all, scavenge missions should be simply about searching the area and finding stuff.

Other than that, I managed to make some of the negative quirks less frustrating to players. For instance, the "scared of missed hits" trait no longer causes a character to lose their cool and panic; such character will now receive a negative to hit modifier for their next shot. This will make the player's life slightly more difficult, but won't mess the gameplay up in the same way having a panic attack did.

Yeah, I know that the text is hardly readable. There UI overhaul in progress, and I'll hopefully show some new stuff in the next entries.

Well, the holiday season is here! I am not sure whether this will allow me to work some more on the game, as there will be a lot of Christmas/family-related stuff going on. Nevertheless, I am planning to work on map generation mechanics.

That's it for this entry! Merry Christmas to all of you!