One of the last big additions to Vagrus' Open World Campaign that is now coming very close to being released is the character creation sequence at the start of the game. That is the feature that allows you to customize and set up your own vagrus by selecting a variety of options in subsequent steps. To give a quick idea of the many amazing options, here's a little rundown. 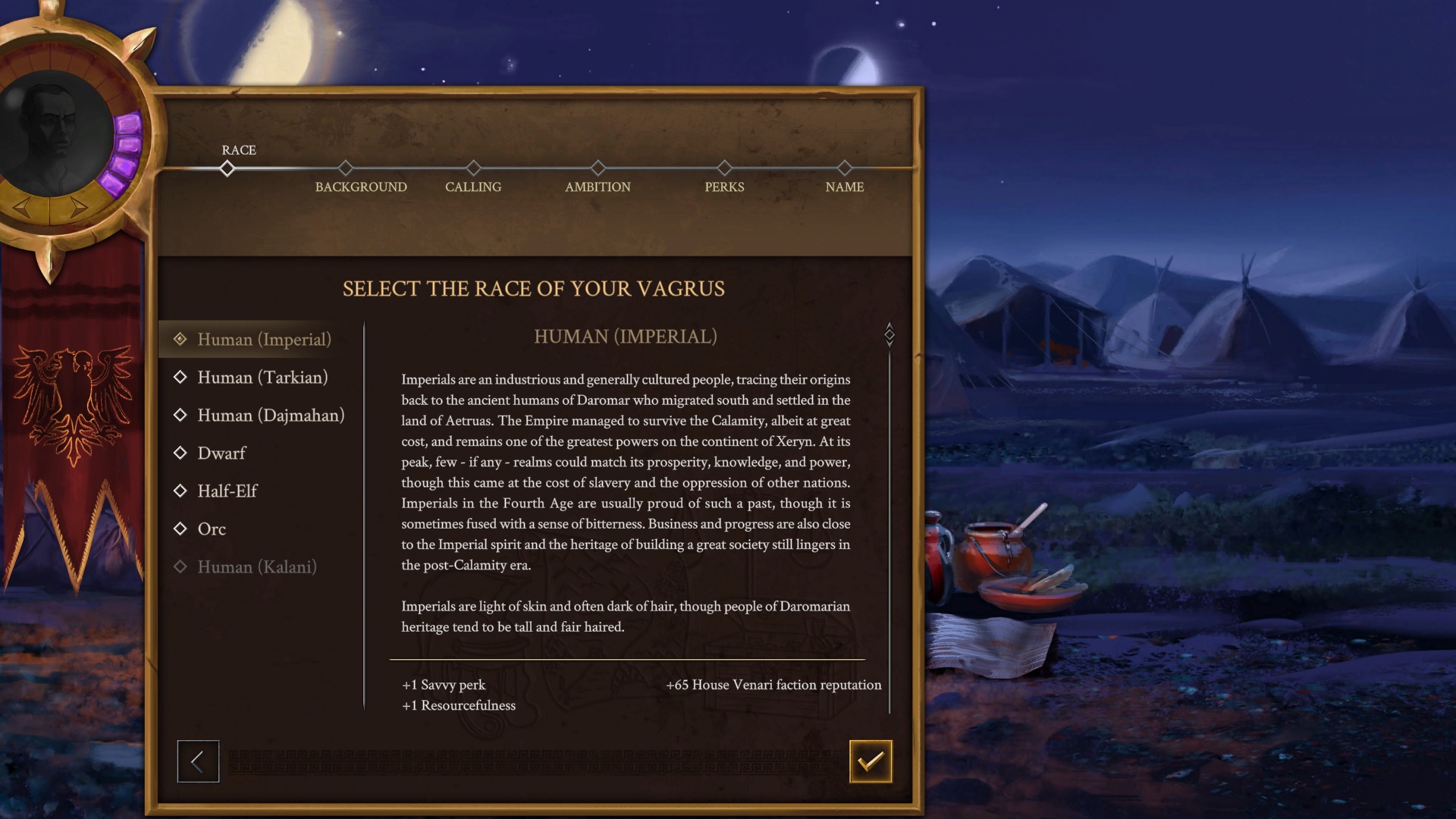 The first such choice is Race. The Riven Realms is home to a lot of unusual creatures - some may be found in other fantasy games though probably quite different from their counterparts on Xeryn - while others are quite unique. Initially, you will be able to choose from six Races and we'll be adding new ones later on. 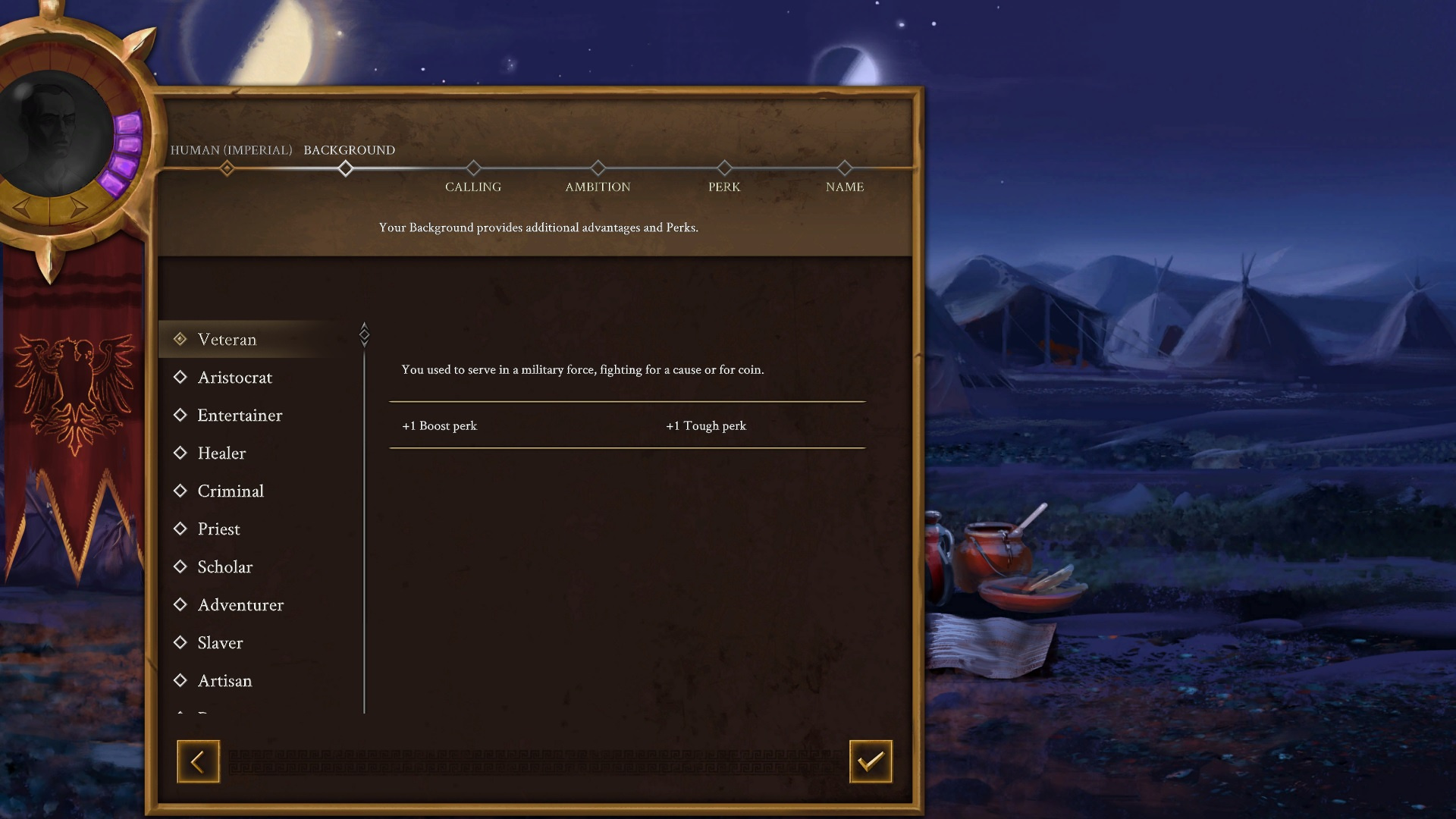 Another way to spice things up a bit is character background. These are former professions or occupations (for example, aristocrat, veteran, criminal, scholar, or priest) and they provide additional Perks and resources to your character. Of course, not all combinations are possible - you won't see an Orc Slaver, nor an Imperial Savage. 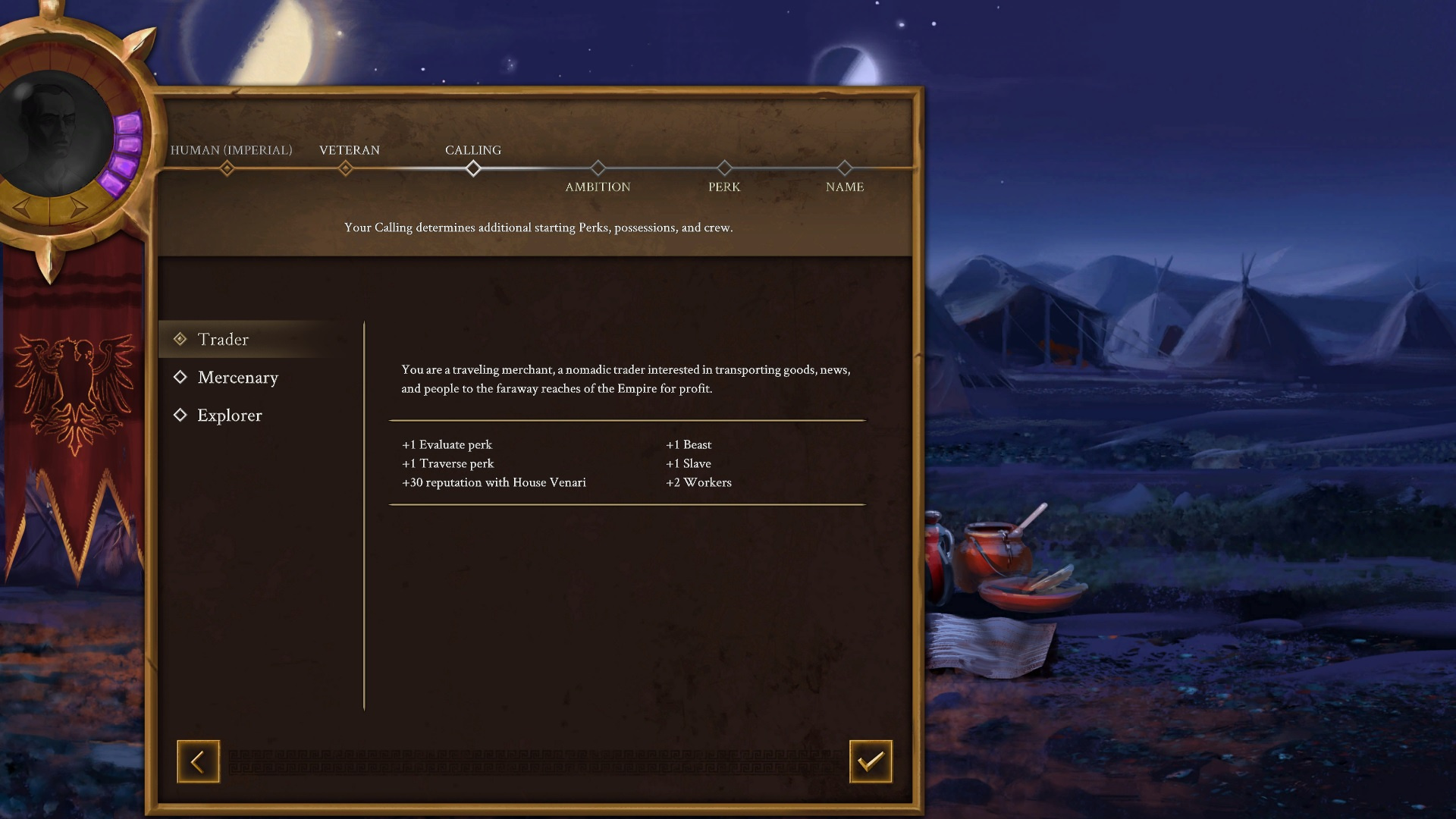 Trader, Mercenary, or Explorer. Though there are only three options here, this choice has a much greater impact on your starting crew, Leadership Perks, and some other stats. You are by no means locked in such a game-style later on, however, as character progression for your vagrus is very open-ended. 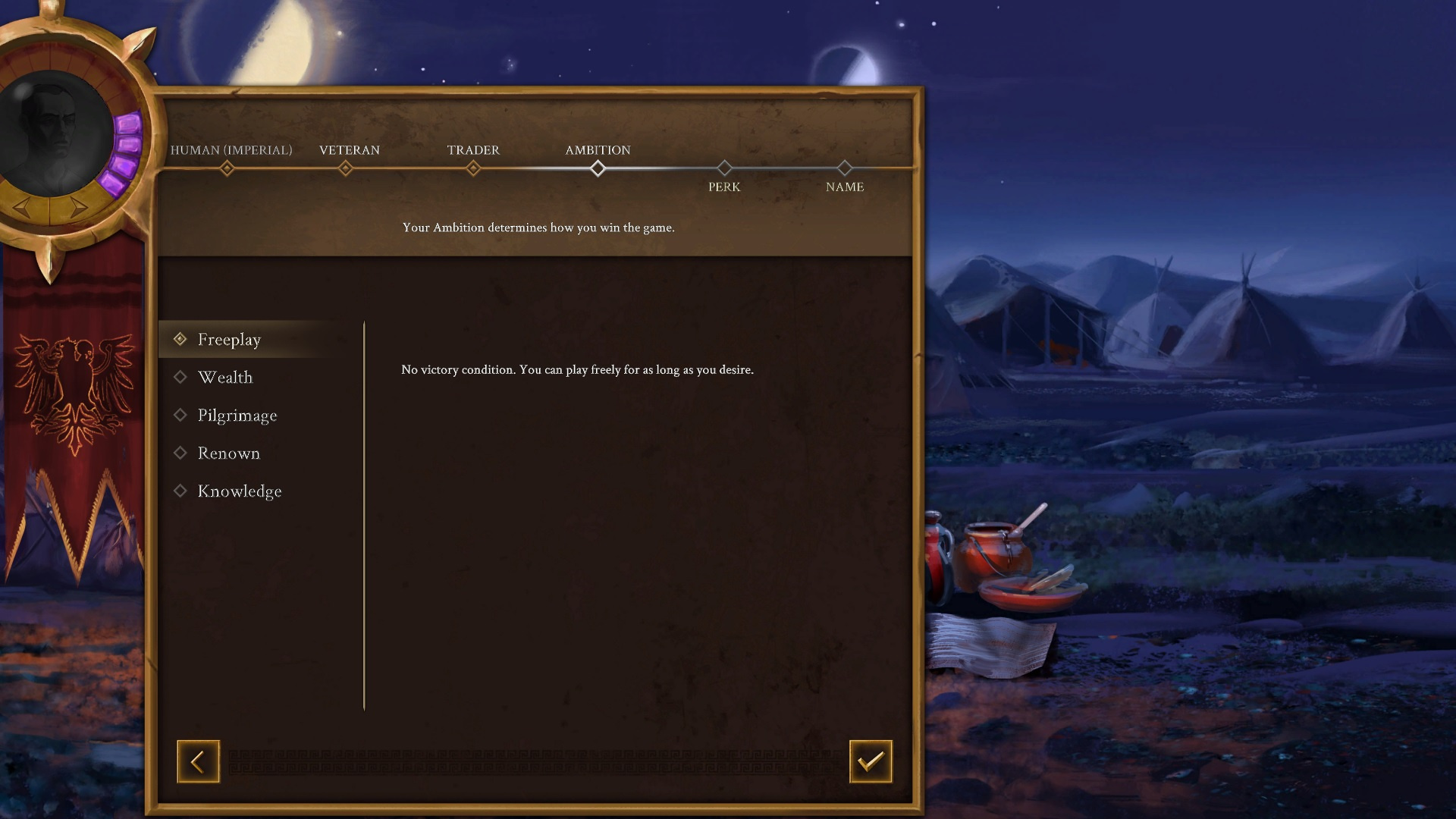 This choice sets your victory condition for the game. Initially, you will only be able to start freeplay (no victory condition) but later on you'll be able to choose from Wealth (you win by becoming rich), Knowledge (you win by learning everything possible from the Riven Realms), Renown (become well-known), and finally - towards the end of the dev cycle - a story-based Ambition. 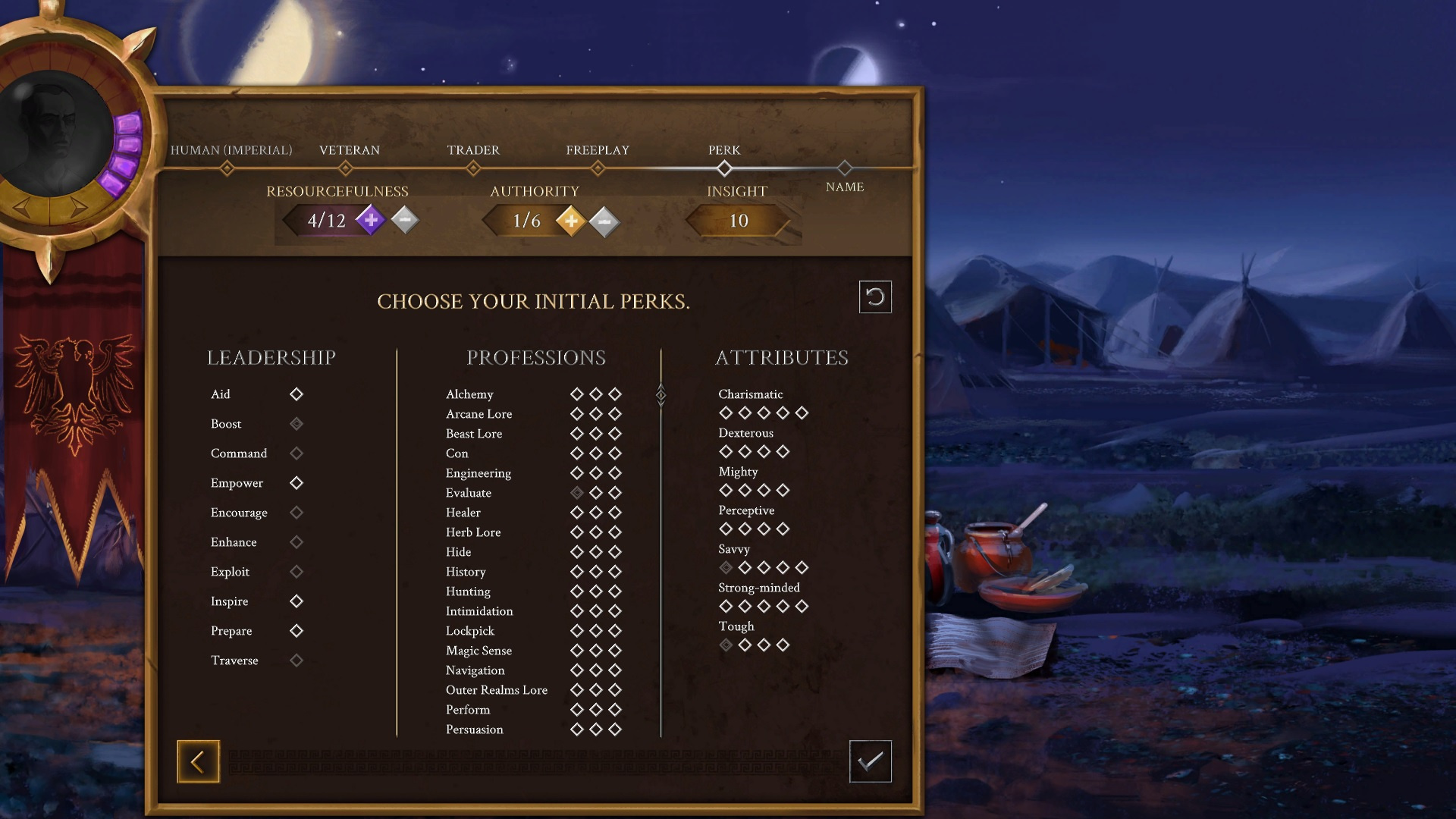 With all starting Perks calculated (deriving from Race and Background), you will now be able to spend your starting Insight on rounding out your character further. 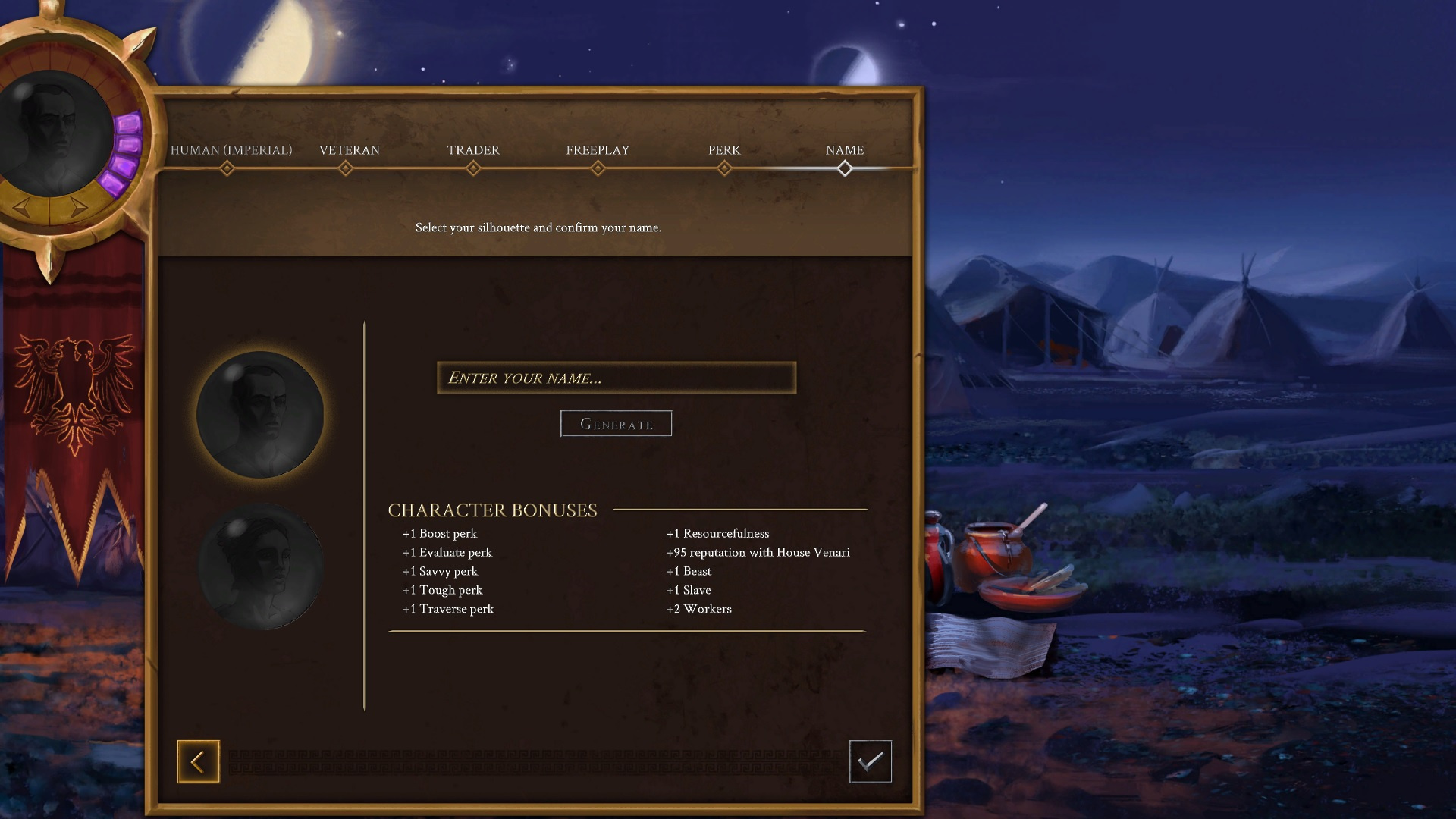 At the end of character creation, you will be able to customize your character by giving it a name and selecting a portrait (later on also a banner to represent your comitatus).

As you can see, there are a lot of combinations to begin with and we're planning to expand on it in a big way. Stay tuned, for exciting times are coming to Vagrus!