This week we look at what’s been going on with fixing the game’s Linux build, and then I start rambling off things about recent design decisions and whatnot. I’d highly recommend you check it out!

Hello, hello, and welcome back once more to the weekly Dyadic Devlog. If you’ve forgotten, or this is your first time here, I’m Jack, Creative Director for Handsome Dragon Games. Now, I’m going to be honest with you, this week we’ve all been pretty swamped with our studies, so we’ve made less progress than usual. On top of that, we’re also missing part of our team this weekend thanks to PAX. However, we have still made progress. And what’s more, to make up for all the things that I can’t talk about here because we haven’t got them done yet, I’ll be entertaining you with some of my design ramblings. Do enjoy.

So let’s start with some progress reports. Corey’s managed to get a virtual machine running, so he’s been doing some work testing out the Linux build of the game. We still haven’t nailed down where all the issues are coming from, but we’re working on it. Hopefully this means we’ll be able to finally get a Linux build out for all of you Linux users out there, far later than we’d hoped, I know. But hopefully soon, and by ‘soon’, I mean some time in the future that probably isn’t as soon as you’d like it to be. 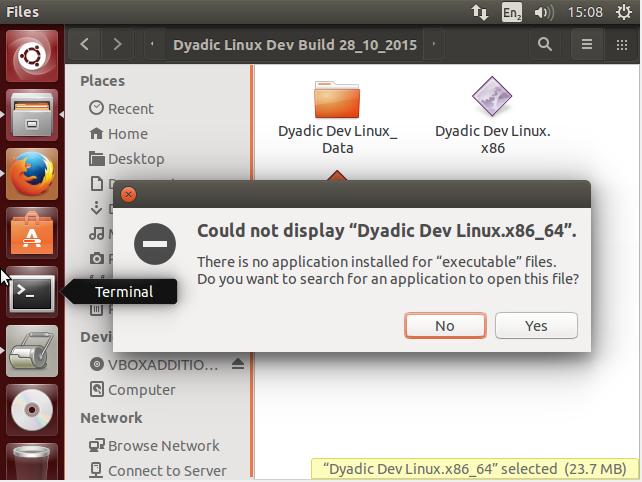 Corey’s virtual machines works, although not quite how he wants it.

Beyond that we've been working our way through completing the new character animations, creating new level designs, and the ever wonderful Sam McLean has emerged from stasis to begin experimenting with some new music tracks for us! And with any luck, we’ll soon be able to properly start ironing out the kinks in the game’s Mac build too. If we can find where any the kinks are, that is.

So that’s where the game is at, and this is where the rambling starts up. As I mentioned earlier, I’ve been putting together a series of new designs for the various levels and puzzles in the game. This has all been going well and dandy, but recently I spotted an issue with the way the levels came together as a whole. Whilst there was plenty of variation in the types of pieces in each puzzle and the way there were put together, there were almost no variations in how the players interacted with the level. Always one player on one side, one player on the other; solving puzzles back and forth until you escape. 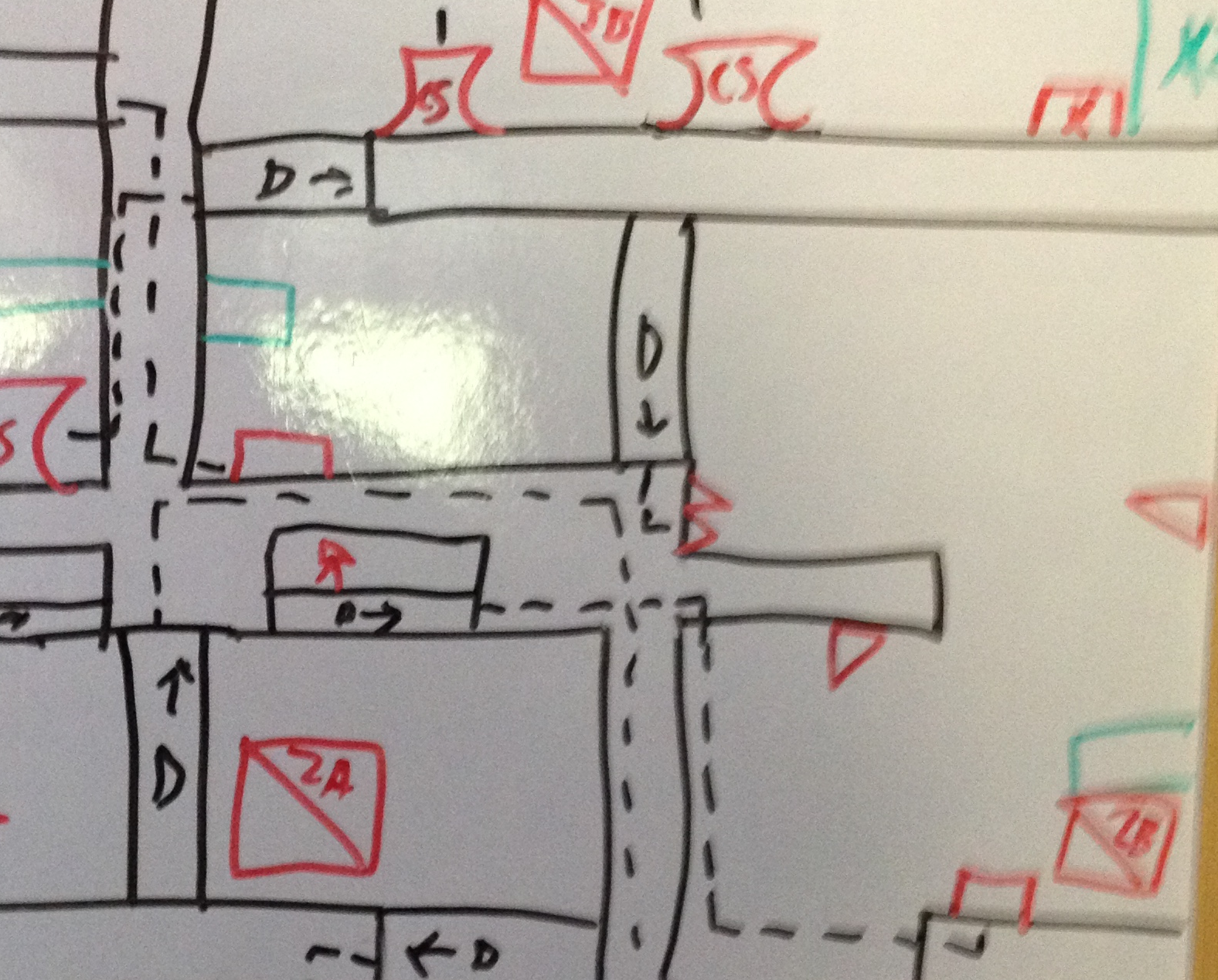 A section of the final level of the first zone. It’ll test if you’ve actually learned anything.

Whilst we can certainly provide various levels of difficulty to create a degree of pacing and flow in the game, the nature of the gameplay remains very much the same throughout most of the experience. This revelation came roughly alongside the time we decided to beef up the context of the game, as I discussed last week, and I must say these two coming together has given me some excellent ideas.

Now, the first and simplest way to change up the puzzle (which I would have done regardless of how we’ve shifted the game’s premise) is to do away with the split puzzles for a time. No longer are you and your partner divided by the dark, impenetrable walls, but rather you are standing together, face to face. Naturally, having to work in the same space as your partner changes the dynamic significantly. Any traps you intend to spring may take you out as well, and the very nature by which you must go about solving puzzles shifts, as you now have a second self-moving (well, in a sense) piece to work with.

A section of a two-in-one level.

Additionally, we’re looking at making certain levels much more dynamic. Now, I don’t want to give away too much about what we’re doing with the game’s underlying story of sorts, but I will say this – these ruins are not exactly the most structurally sound place in the world. Should something of…considerable size happen to cause tremors in the area, well, let’s just say the landscape might change quite drastically. Aside from probably looking really cool, this also shakes things up a bit by suddenly switching out the puzzle the players thought they had to solve with another, keeping them on their toes.

Finally, we’re looking at adding a section or two designed to test just how quickly you can solve puzzles and keep moving ahead. Now, I’ve left this one to last because it’s the one we’re least sure on how it’s going to work exactly, because it doesn’t really fit with the current death system. The current system has very little penalty for death aside from being sent back a ways to the last checkpoint, and send the statue to your friend/opponent if you had it with you. We’re going to have to find some interesting ways around this, and I’m sure we will.

Anyway, that’s enough rambling from me today. One last note before I leave you be though: it was recommended to Corey (who is currently down at PAX in Melbourne) that we get ourselves our own booth down there next year. Now, we’re all very keen on the idea, but obviously it’s a long time away and will take a considerable amount of effort to actually do, so don’t go getting too excited about it. But, I simply wanted to say that it’s on the table. We may end up there, we may not. It seems only time shall tell…