Chama is getting fiercer. With new mechanics added it's starting to get shaped. Check out what we have made!

Chama is getting fiercer. With the mechanics added it's starting to get shaped. Check out what we have made!

Hello everyone once again, this week we're going to tell you about mechanics, iterations and some story bits! We've made changes and added mechanics to our first level as well has adding a narrative.

So, what are the mechanics?

Well, first of all, the main mechanic of movement was implemented. With the camera being placed on a corner of a level it’s important to take in mind how the character will move and if it’s not going to frustrate the player.

Alongside of making the character waddle around restlessly we’ve also added interaction features. They’re both basic mechanics yet ones of the utmost importance! Has with this we can now implement the main role of the game that is to raise awareness to the player via storytelling.

We’ve also added an inventory system portraited by a page on the top left corner. With this you can review your objectives as well has some other features that we will reveal in a few weeks.

With level 1 being so close to being done and polished we can finally add some of its narrative. In this scene the player is tasked with delivering the orders of his clients and has he does it, a villager rushes inside the coffee shop telling everyone that there’s a fire outside.

Here the video of the cutscene! 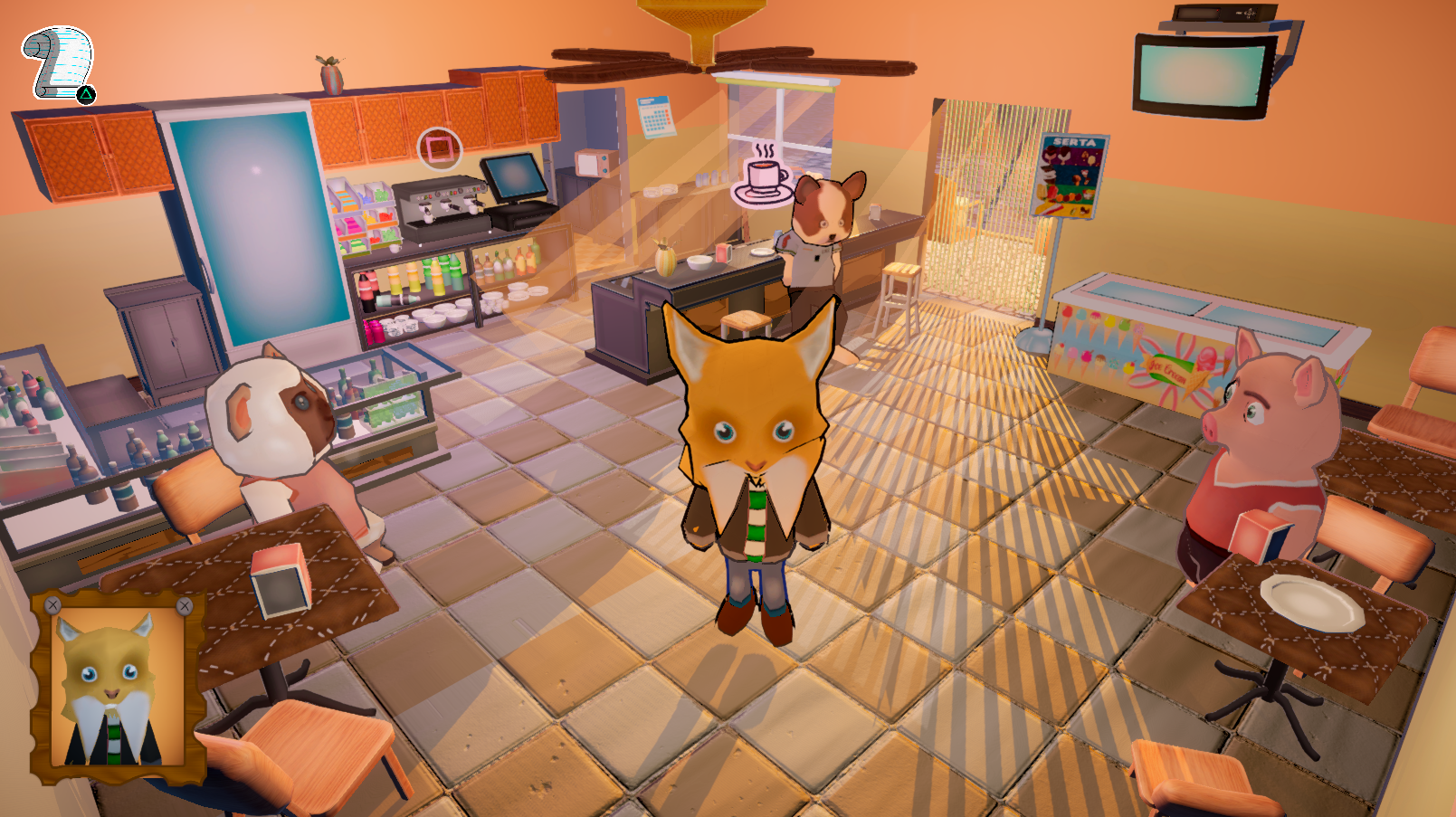 A lot of iterations were made. We’ve changed some of the characters style to fit with both our 3D artists. The UI was redesigned and added to harmonized with the rest of the level. Some old UI was deleted or moved to a more suited position.

That's all we've got to show you this week. Thank you for reading out our article and we hope to see you here again next week for more new about our development!