Devlog #2 - Feature: Characters. In this post I talk about Characters, and how they work

Players can select characters created by them, or downloaded form the community. 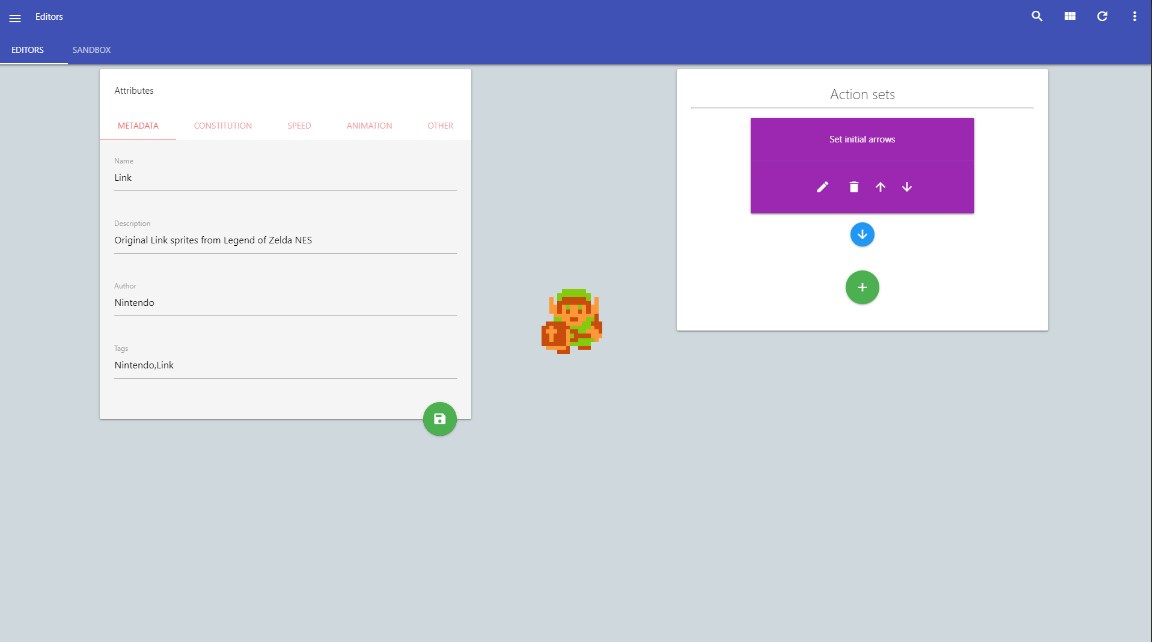 We'll talk about the editor other day, but here is a screen so you can take a little peek on it ;). 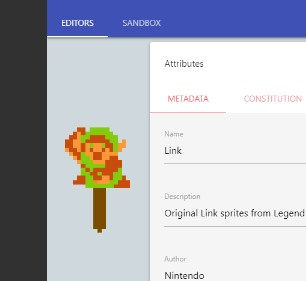 The classic one! It has a sword as a starting item, and 3 health points 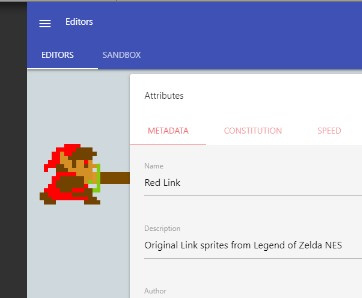 A variant of the classic Link but red. Same stats. 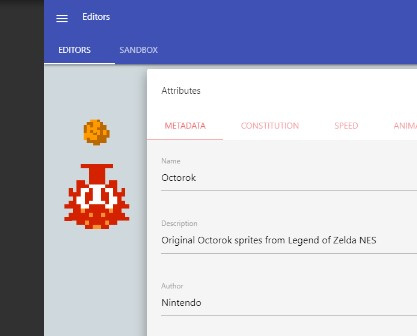 I made this one for fun! Unlimited rocks, but 1 health point. Not all the monster are bad guys, right? :)

All of these were created using the editor, with only a portion of the full potential of it.

Possibilities are endless, and if there is something not possible, we'll make sure of make it possible.