More info about the factions and companions of Gedonia.

Hello guys! In this second devlog for Gedonia I wanted to share some info about different factions and companions that you’ll be able to meet in your travels.
Factions play huge role in the world of Gedonia. Each faction have different relationships with another factions, and you’ll be able to gather reputation with most of them, which will give you unique benefits like items, abilities and quests.

This is a default faction you start with, it consists of population of different human villages across the realm, warriors guild, people of the capital and kings guard. If you improve reputation with this faction, you will be able to learn different fighting and archery abilities from warrior’s trainers in battle camps across the map. You will also be able to join traders and crafters in the capital and learn their skills. 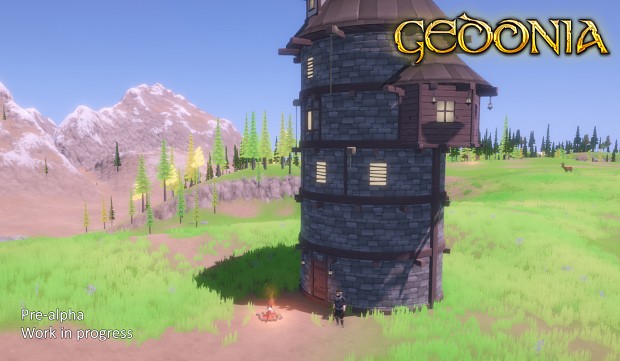 These outlaws have setup different camps in forests and ruins all across the map, and have huge lairs in the mountains, where they keep their loot. If you try to become one of them, expect huge your reputation with Kingdom dropping very quickly. You will be able to learn different rogue abilities, poisons and archery skills in this faction. 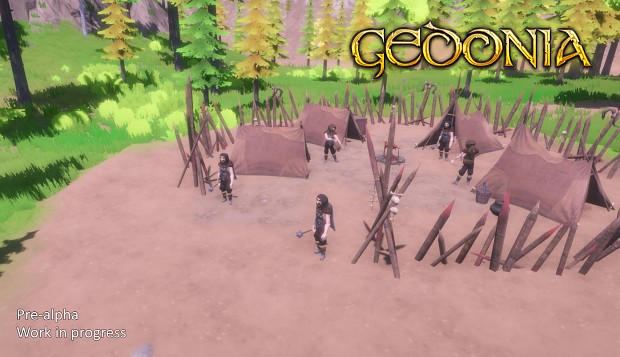 If you want to learn any type of magic, you will have a choice of 3 warring factions. Mages can teach you different elemental and arcane magic spells. Necromants can teach you dark curses and how to raise the dead for your command. Holy temple can teach you to become a holy priest or a paladin. Priests despise traditional magic and hate dark magic, so learning all types of spells at the same time would be tricky, but not impossible. 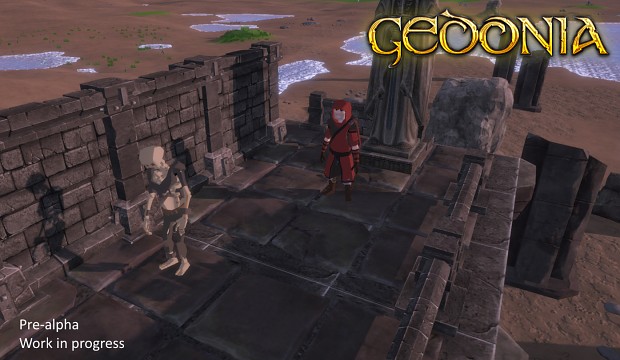 Barbarians mostly live in the desert and are at war with the kingdom. You will be able to join their tribes and learn powerful berserker abilities or an art of using elemental and nature magic with shamanism.

These are different monsters that inhabit world of Gedonia. You won’t be able to join them, however there might be some quests involving tribe members, that you can encounter during your adventures. 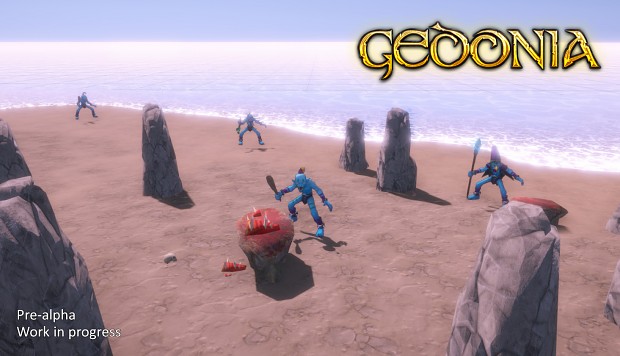 Companions are a huge part of gameplay. Your ability to recruit a companion and create a party is controlled mainly by your charisma stat. Character with high charisma will be extremely weak in combat, but will be able to gather up to 3 powerful party members, that will do all the fighting for him, and use his speech abilities to inspire and buff them or demoralize enemies! You companions will get experience, increase their level, get new abilities, have bonus inventory space for loot and even be able to wield different armor and weapons.
First companion that I’ve added to the game is this cute stray dog, that will join you if you give him some meat and kind words. 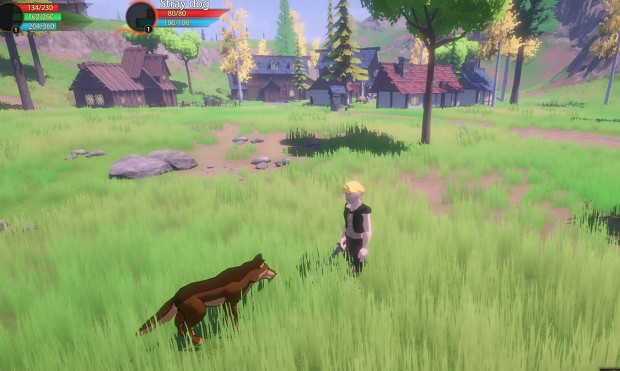