We've got a whole bunch of things to talk about this week! Not only do we have updates for Dyadic, but we've also got a little bit of stuff about not Dyadic as well! Be sure to check it out!

We Made A Thing

Hey there, you Handsome reader! Once again Sunday rolls around as inevitably as the heat-death of the universe, if the heat-death of the universe happened on a weekly basis, which means it’s time for a devlog! As always, I'm Jack, Creative Director for Handsome Dragon Games, and this week we've made a thing. However, this thing is not Dyadic. We've been working on Dyadic too though, so don’t you worry.

First things first, let’s cover what you came here for – Dyadic. We've recently been playing around with some new art concepts for revamping the game’s background visuals, as well as the overall aesthetics for the various zones in the game, Zone 1 in particular. So for example, we’re working on making Zone 1 look more run-down and temple-ish. We've also got some other interesting ideas in the works for the final zone, but we’ll be keeping them a secret for now (and possibly forever). 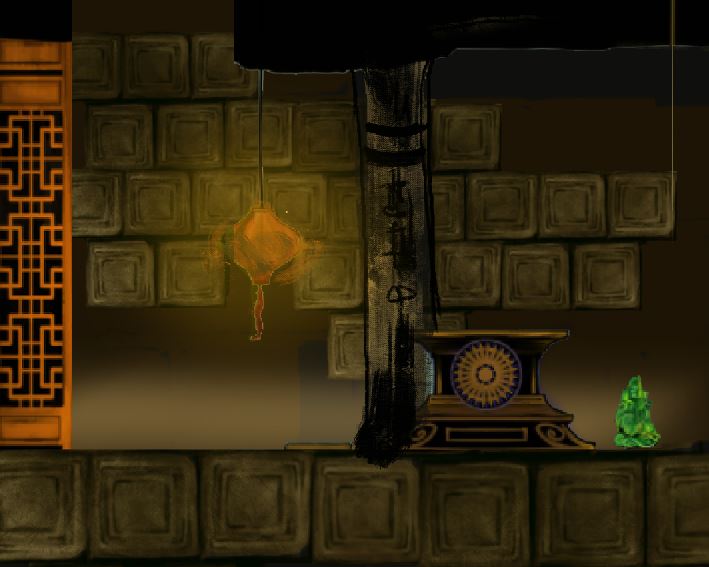 Here you can see both the zone and background ideas.

On the topic of things you can look at, we've also redone the visuals on the main menu to make them look a bit more complete. Additionally, we've added graphics options to the main menu (so now you can change them after launch), as well as a new loading screen across the entire game. These may not seem like big things, but they do make a difference to the overall experience, I assure you. 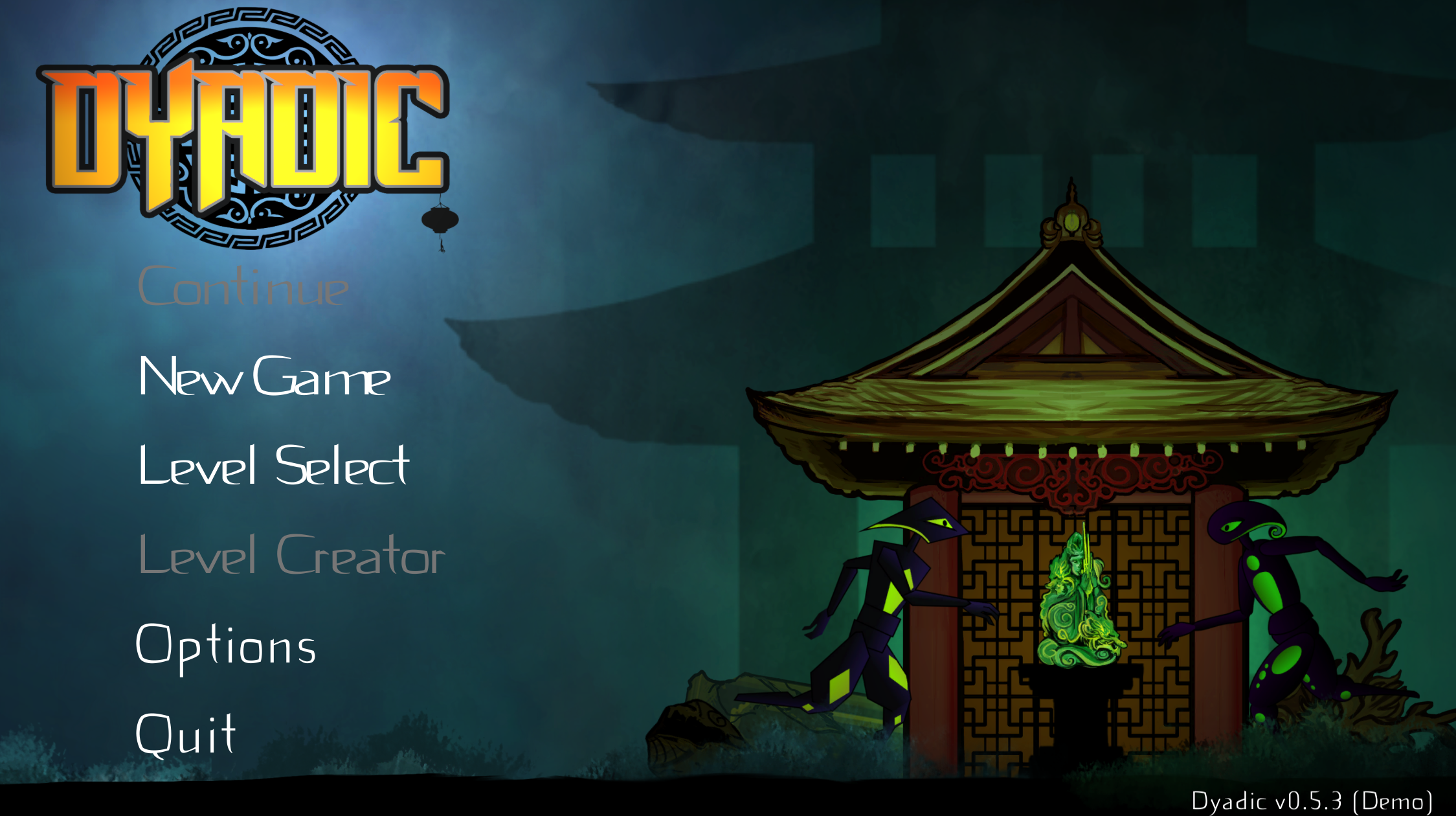 The statue’s glow also gently pulses now, which is nice.

Now that that’s out of the way, some not strictly Dyadic related news. Over the last week, four of the six members of Handsome Dragon Games (Corey, Callan, Sam, and myself) participated in the “Make A Thing” 40 hour game jam. Needless to say, we did indeed make a ‘thing’, or a game, to be more specific. To get really specific, we made LinKeR, a four player, top-down, twin-stick racing game. Whilst it primarily plays like your typical arcade racer type of game, the key difference is that every player is linked to another player that acts as their ‘scapegoat’ (one of the *WORD* words). This means that when Player A gets hit, Player B takes the damage. 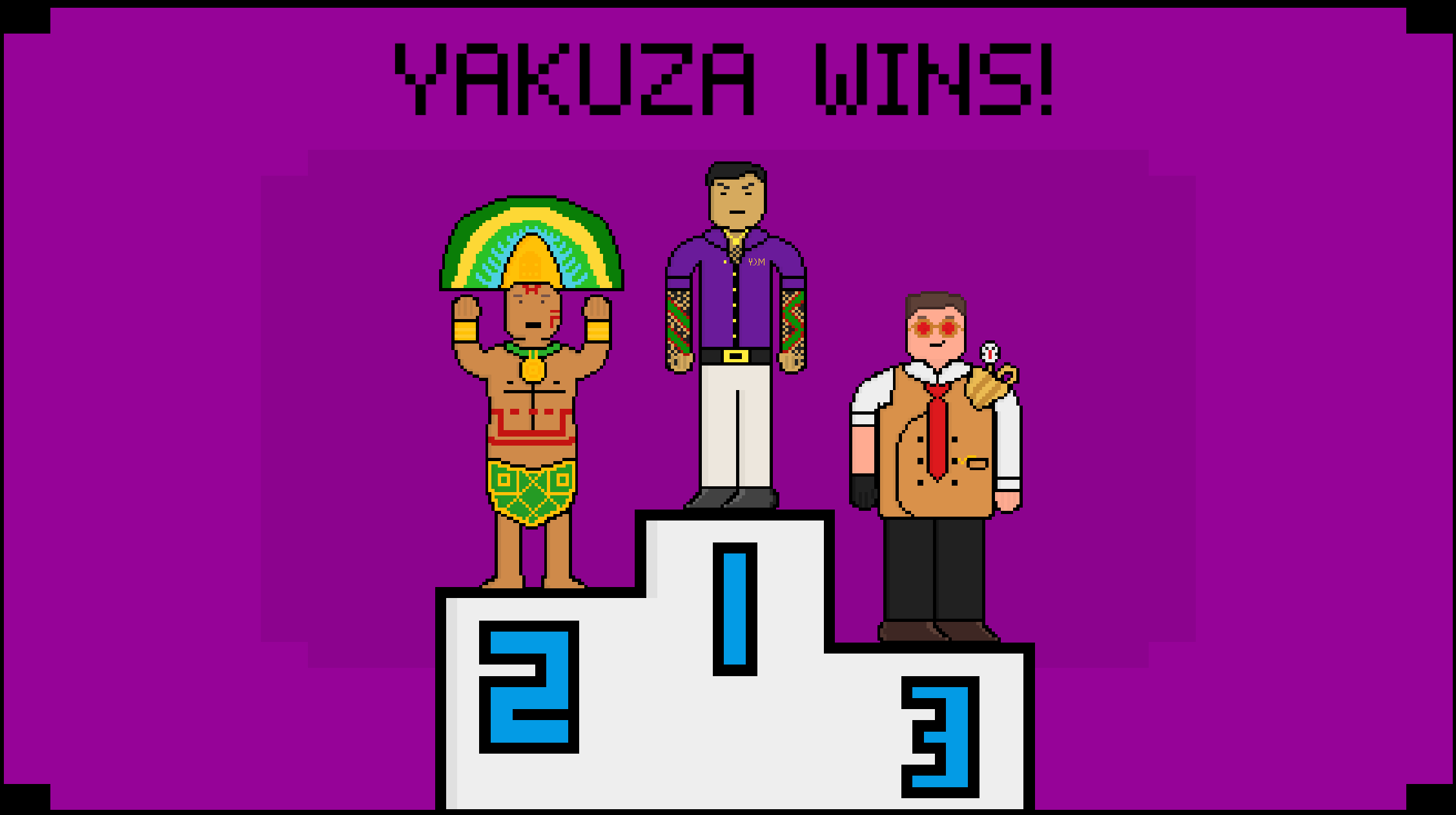 We always wanted YDM to win, because his win theme was the best one.

Admittedly, we didn't get the game anywhere near as finished as we’d have liked, but we did manage to walk away with the award for “Best Game Art”. This was particularly surprising since our artist hadn't participated in the event, so all the artwork was done by yours truly. But anyway, regardless of where it ended up, we’re currently pretty enthused by the game’s concept, so we’re thinking of possibly working on it as HDG’s next project after Dyadic. Though that’s a fair way away now, so we’ll see.

Anyway, I've rambled on enough I think. So that’s been another week in the development of Dyadic, and also the development of not Dyadic. And don’t forget, the Dyadic demo will be out THIS FRIDAY THE 18th! Make sure you don’t miss it!