Companion combat is cruel in Vagrus and in general you can not heal during it. Your defenses are your main way to mitigate damage, so understanding how they work is very important. 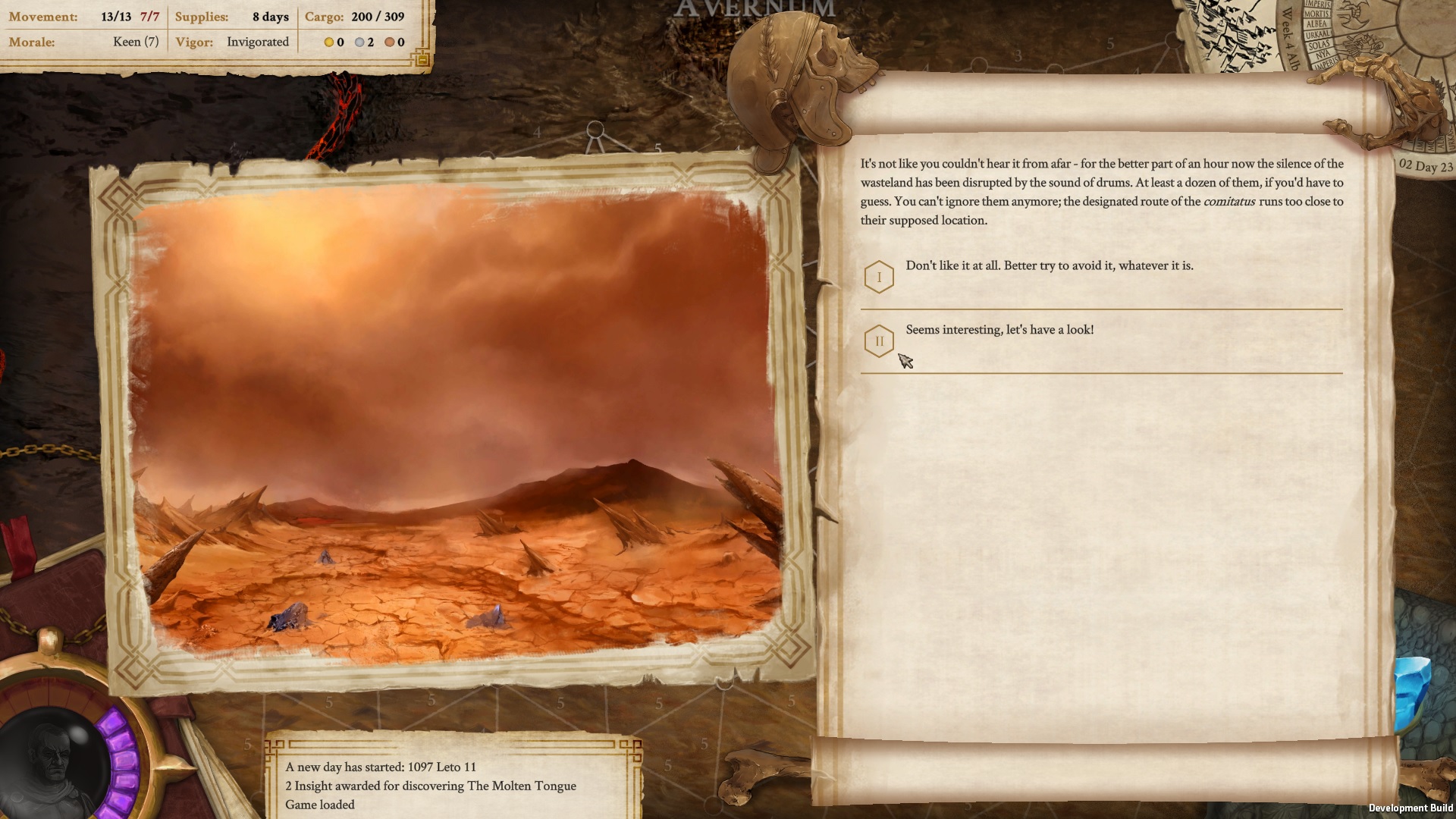 Vitality (VIT) is the stat that your fighters lose each time they are hit. When depleted, the Companion falls into a Downed state. When Downed, they can not act (they do not receive their turns) but can be targeted and damaged. They have their Downed Vitality for when they are Downed. If that, too, is depleted, they are Out of Action, which means long-term wounds and potentially death. Therefore, it behooves the player to protect Downed Companions as best they can. That said, there are a few methods to bring back Downed characters into action but none of these are easy or cheap.

Armor (ARM) is the stat that mitigates damage: its value is deducted from incoming damage. Some Skills have additional effects that can reduce or outright ignore Armor, so that also has to be considered.

Your defenses (Evade and Block) are the primary means to avoid or mitigate incoming damage.

Evade (EVD) allows you to completely avoid an attack but you will be moved to an adjacent unoccupied position after a successful Evade. That also means that they may move away from a position that protects another Companion or into a potentially more dangerous position.

A successful Block (BLC) provides extra Armor against the attack, mitigating more damage. However, you can still suffer damage while blocking and also suffer adverse effects from an attack, unlike with Evade (see Resistances below).

You can only have one active Defense Mode per combatant, either Block or Evade. Each Companion has different Evade and Block chance but because certain Skills are better against one or the other, you often have to change these to adapt to the situation at hand.

Additionally, the Cover system also modifies these rules in the following way: if another Companion or objects is in front of a back line combatant, Ranged attacks with the Line of Sight property against them receives a flat penalty on Accuracy (making it harder to hit the difficult-to-see enemy in the thick of combat).

Beside direct physical damage, combatants can receive, there is a vast number of Effects the Skills may apply on their targets (Stun, Poison, Curse and so on), as well as all kinds of elemental damage (like lightning, fire, magic, and so on). Each Companion has a set of Resistances that serve two purposes:

Enemies and allies both have really varied Resistance setups, so it often comes to bringing the right fighters against a tough enemy to gain the advantage. Of course, a lot of buffs, debuffs, temporary and permanent effects, as well as gear can alter Resistances.

We hope this was interesting to some of you and even useful for learning the workings of Companion combat in Vagrus. In the next - final - part of this guide we are going to cover the movement effects.